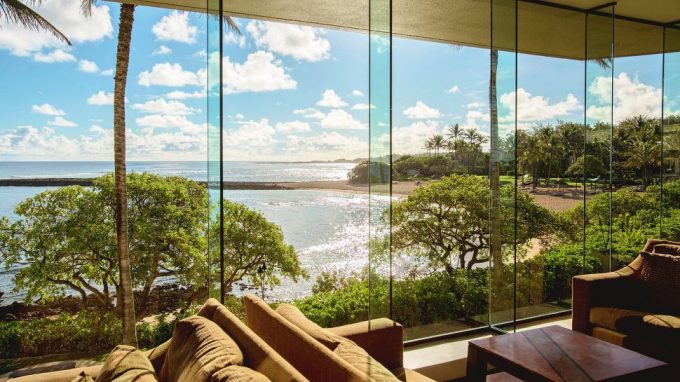 Turtle Bay: Leap into the Outdoor Playground of Hawaii

I’ve travelled to 70 countries and never before have I planned a return trip before I’ve even flown home. Hawaii is breathtaking. Its a National Geographic’s theatre of dreams; from land, sea or air your heart will stop as your mouth gawps. This is the real Jurassic Park but without the life threatening dinosaurs.

If you loved island hopping in Thailand, you will obsess over Hawaii as the islands are much more diverse. It’s the volcanic activity that determines this, for example, Kauai is luscious and green as it’s volcanoes have been dormant for 2000 years, whereas highly active Big Island is all dramatic black sand beaches and lava fields. I pinched myself a number of times thinking I was on the set of a Bjork video but it was all completely real. Top tip: take a spare memory card, as its impossible to take a bad photo.

Oahu is the most populated island and most tourists fly into Honolulu and stay in the famous Waikiki on the South coast. My advice is, don’t bother! If you want luxury boutiques, Art Deco hotels and swanky clubs go to Miami. If you want to get straight to the big waves, beautifully rugged tropical coastlines, freshly caught poke bowls and to pick your own pineapples, drive north for an hour or take a helicopter to Turtle Bay.

This hotel is the only resort on the North Shore, and although it’s concrete, three-spoke-wheel design may seem ugly from the outside, I urge you to turn around and look out because the views are phenomenal. And besides this hotel has soul, or as the locals would say…..AalllooooHA! (Aloha).

We arrived late at night and in the morning when we came down for the mother of all breakfasts, we were staggered by the views in the bay. On the topic of breakfast, there are American breakfasts and Hawaiian breakfasts. The latter can include some extremely unhealthy options but I know Citizen Femme’s don’t swing that way so if you hear the words “moco loco” run away to and save your arteries!  Hawaiian breakfasts for me were all about the juiciest, tastiest papayas and pineapples I’ve ever had. Turtle Bay’s rolling acres provide many of the ingredients for the farm to table restaurants in the resort but it is surrounded by pineapple plantations. My lunchtime burger was served with pineapple chutney, even my coleslaw had pineapple in it, but it was lip-smackingly tasty. The pool bar even serves pinapple cider- try it! 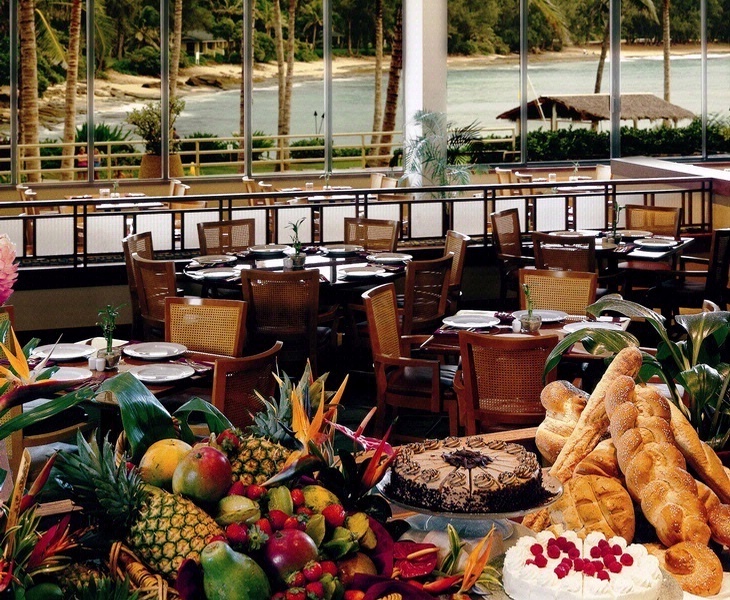 I could write a thesis on food in Hawaii but these are the things you need to know. The food at Turtle Bag is delectable, but for the most part fairly classic in its preparation. If you want to eat more contemporary fusion cuisine, the resort has a new restaurant on the beach called “Roy’s”- my favourite. If you eat fish, it would be a travesty not to eat the fish tacos from the poolside restaurant as they are the best on the island.

I recommend ordering a picnic box and some wine to be delivered to your room in time for sunset and taking it down to a deserted spot on the beach. This was the best $85 we spent, provided with a picnic blanket! Finally, hire a bike and cycle east from the hotel for a couple of miles. You will hit the Kahuku food trucks and the food may come from a truck but it is world class. It’s an open secret now so be prepared to wait for at least half an hour and don’t arrive ravenous in case you have to wait longer. Giovanni’s, Yoon’s and Ono Yo in that order and that’s all I’m saying!

Hawaii is an outdoor playground and Turtle Bay Resort is the perfect hotel to do it all. If you surf, you can rent a board from the in house surf school. If you don’t fancy it, we spent some of our most memorable times drinking Big Konas watching surfers catch the 20 foot waves on the shore of the hotel. Take a sundowner down to the hot tub behind the pool bar and enjoy the show. Every other day we went down to the hotel’s enormous activities desk and asked them what we should be doing. The locals are so deeply connected to the wind and waves that they will tell you whether you should be hiking, kayaking, riding horses or paddle boarding. Take their advice and thank them later!

We had unforgettable times riding segways along forgotten beaches, paddling with turtles and I was speechless during a sunset yoga class on the lawn. The sky was spectacular but it was once darkness fell and the sky glowed with stars that balance poses became impossible. We were so overwhelmed by the beauty we vowed to come back for Wanderlust, an annual yoga festival held in February. Trust the massage therapists also in the stripped back ocean facing spa. They have a giant list of different massages you can choose from or just lay your jetlagged self on the bed and let them be intuitive about what your body needs. I was delighted not to have to answer multiple lifestyle and physical related questions and just get on with relaxing! 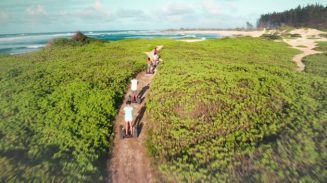 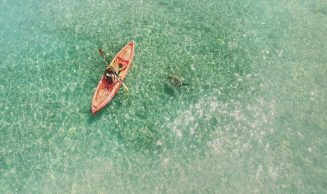 Every room at Turtle Bay has a spectacular view but the fifth floor suites have the best view of the peninsula. Even the most basic room is huge with his and her sinks and a dressing room. Storage is so ample that my three weeks’ worth of clothes could be beautifully unpacked into drawers and giant wardrobes. My bug bear regarding beach hotels is them not providing drying areas for wet swimwear and towels. Turtle Bay scored highly with a giant washing line in the bathroom and also numerous tables and chairs on the balcony. 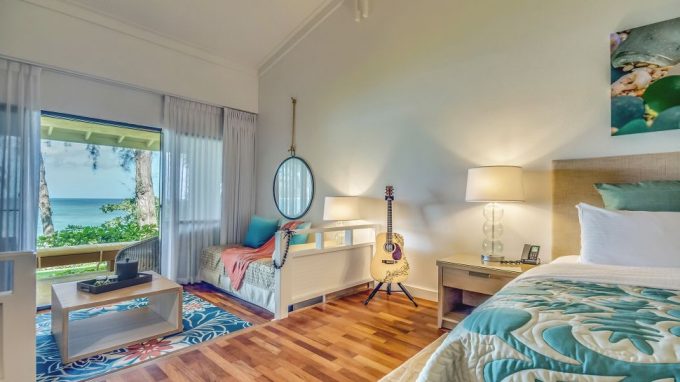 The rooms and hotel at large may not have been overtly lux but to call it merely a four star property would be grossly dishonest. It’s such a special hotel, enabling guests to connect with the outdoors in every possible way and yet with all of the warmth you would expect from a family run local hotel. Even fully booked during Christmas week, the hotel never felt busy and for this, I would tell any visitor to Hawaii, that staying here is the quintessential Aloha experience. A richly deserved Citizen Femme stamp of approval for Turtle Bay.

Rooms start from $389 per night 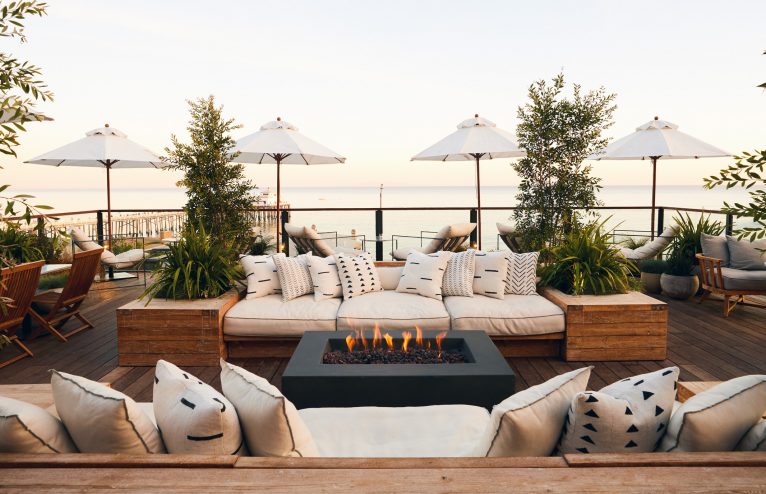 A Beach Staycation: The Swan, Southwold