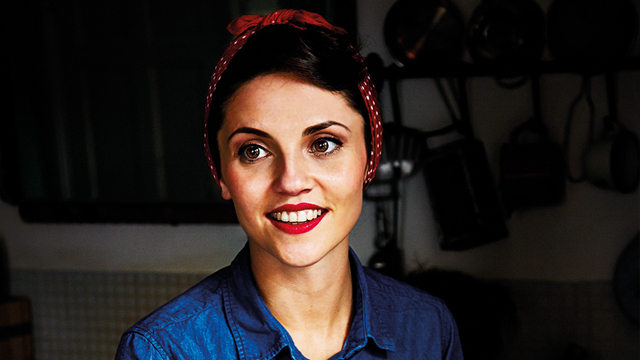 Ukraine and beyond: Meet Olia Hercules, rising star on the London food scene

Originally from South Ukraine, Olia Hercules, named the Observer Rising Star of 2015, moved to Cyprus when she was 12 years old before finally settling in London when she left school.

The first part of her life really influenced her cooking style, flavour combinations and ingredients used. Having trained at Leith’s, Olia uses classic techniques learnt there complemented by her heritage and time at Ottolenghi to create exceptional dishes and distinct flavours.

Who or what inspired your passion for cooking? Who/what are your influences?

Living in Italy for a year reminded me how good Ukrainian food was, in many ways they were so similar – ingredient-led simplicity that tastes like the best thing in the world.  I then developed a passion for cooking (at the age of 20) in Britain, just as the food obsession began to grow here with all the magazines, food programmes, cookbooks. But it was only after I trained to become a chef that I have realised just how amazing my grandmother and mother really were at cooking. They have been some of the biggest inspirations to me. I need another 20 years to be anywhere near as good as them (i.e. my mum can elegantly and effortlessly spin a sheet of filo pastry over her head, which she often does!)

Your first book Mamushka is from home cooking. Tell us about this process and how do you make popular, a cuisine that has a certain stereotype attached to it.

I think the genuine stories of how this home cooking came about helped – as well as the essentially ‘slow food-led’ Zeitgeist of the 21st century. People have suddenly realised good food equals excellent seasonal produce, meat provenance, preserving the seasons. All of these things – I grew up with. Now, suddenly all these elements are also trendy. I just hope the trend doesn’t pass, and people keep eating seasonally, keep trying things like fermentation, bread-making, etc.

Do the politics of Ukraine have an influence in your cooking and recipes?

It doesn’t necessarily influence my cooking, but I am hoping that my cooking and writing is serving its role in soft diplomacy, showing the world how incredible Ukraine is, and how diverse.

It is opening up our eyes to the cuisine and the culture, definitely! You worked with Ottolenghi, tell us about this experience.

It was an intense experience, just like any other restaurant experience may be. However, my time there helped me build my stamina (and thick skin), my knife skills, my ability to season properly and to think creatively in the kitchen. So, intense but overall – invaluably formative.

What was  the influence for your first book Mamushka? And your second Kaukasis?

Mamushka comes directly from my childhood, from my family kitchen. When I got the book deal, I skyped my mum and we talked about the 100 most memorable recipes from our lives and that was that. Kaukasis was again inspired by family, but extended this time. My aunt is half-Ukrainian, half-Armenian but grew up in Azerbaijan. I recorded a two hour conversation with her once, talking about her childhood and youth and I knew I had to return to the Caucasus to write a cookbook.

Ukranian food champions seasonality, with homegrown ingredients, which seems right on trend. Do you think the time for Ukrainian food has come?

Absolutely…Another thing that hopefully will become apparent is that any country’s cuisine is essentially regional, diverse, and is the best when things like seasonality and quality of local ingredients are taken into account.

Who are the chefs and restaurants you’re excited about at the moment?

Laura Jackson from Towpath is just incredible. Stephen Williams at 40 Maltby Street is one of the best chefs in London in my opinion, and therefore one of the best in the world?? I also admire Tom Hill from Ducksoup and Thom Eagle from their sister restaurant Picklery due to be open end of November.

What, if any, are the obstacles for being a young female in the culinary industry?

The usual. I haven’t worked for anyone in a number of years, and I hear things are luckily changing, but misogyny was rife when I did my time in restaurants.

What is your take on the food scene in London?

In terms of my own cooking? I just try to get people to try and get excited about new flavours and flavour combinations, to inspire them to travel to the countries that I write about.

As a foodie, which city has it right in terms of food?

If you were telling people to go Ukraine, where would you tell them to go?

It’s all rather fascinating and often surprising. Odessa is amazing for its markets, food scene and sea breezy summer vibes. Western Ukraine has managed to preserve the language, traditions, the nature is stunning. I am myself looking forward to discovering more this coming year. I am planning a big trip around it. It is bigger than France, you know, even without the Crimea. Massive beautiful country that is waiting to be discovered.

Battersea Park’s thoughtfully crafted café and restaurant, Pear Tree Cafe, have brought back their Winter Dinners In The Park. Throughout November and December they will be hosting guest chefs, including Olia Hercules and Dor Harel, as well as putting on some seasonal nights themselves from grouse to truffles and a Christmas feast.

Olia's four course Georgian-inspired supper club is at the Pear Tree Cafe on the 14th December. 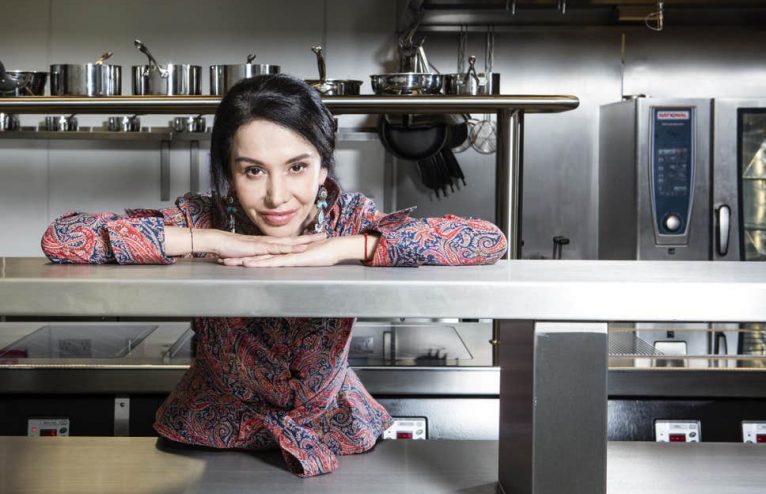