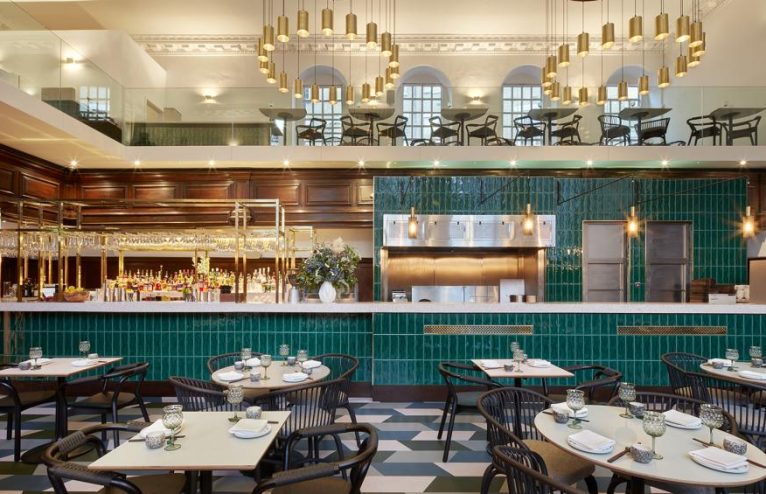 It’s a thing Dim Sum, isn’t it? Like marmite? Despite being a huge fan, I’m not surprised that it divides opinion, since when it’s bad it’s really bad. But when it’s good…. it can be oh so good.

It’s my love of Dim Sum that took me to the recently-opened, Hong Kong export Duddell’s. And between us, for a hit of the really good stuff, you need look no further than here.

To be honest, all you really need to know is that everything is delicious. It’s slick, sexy and you should book a table now! But if you are a ‘details kinda of person’ then, in the words of Sheryl Sandberg, “lean in….”

Hidden in the shadow of the Shard, in the most exquisitely converted St Thomas Church you will find this latest newcomer to London’s Cantonese food scene. Designer Michaelis Boyd (the man responsible for Soho Farmhouse’s applauded aesthetic) has worked his magic again, to create a space that is both intimate and impressively imposing all in one hit.

But enough about the space. It’s the food that’s the real pull here. The kitchen is led by chef Daren Liew (he’s ex Hakkasan) and his menu celebrates the best of Cantonese food.

We started our dinner with the Dim Sum Symphony where we danced between gold fish shaped prawn dumplings, jade-leaf king crab dumplings and scallop & prawn’s dumpling – each as delicious as the next. The Yin Yang Prawn was also a hit. So moreish – almost tempura in style- and accompanied by a Yuzu lime-leaf sauce, it was just the right amount of crunch to balance out our delicate dim sum.

The Supreme Lobster Noodle and Truffle Roasted Black Cod formed the centre piece of our main course. Each and every mouthful was as sublime as the next.

Having had such an enjoyable dinner, it seemed rude not to sample at least one desert. On recommendation we went for the Szechuan Pepper Pineapple, which appeared as tiny cubes of spiced pineapple, served atop vanilla baked yoghurt and alongside pineapple sorbet. It was a work of art. The flavours sung and it was the perfect end to a very yummy dinner.

The only disappointment, was that we ran out of space on our table and even worse in our stomachs to order any more food. It was all truly memorable. And we will return. Especially to sample their Dim Sum lunches where we’ll hop through all the favourites – Har Gau, Prawn and Crispy Bean Curd Cheung Fun and Peking Duck Spring Rolls.

I can’t wait. See you there.