Boho Chic at its best at La Zebra, Tulum

When Cancun became overrun with teenagers and twenty-somethings, tourists moved down the Mexican Caribbean Riviera to Playa del Carmen, and as that hideaway began to outgrow itself, Tulum rose up as the newest tourist escape. And where better to lay your head than the La Zebra hotel – a boho chic luxury.

Picking up the heat quickly, Tulum is likely to be as big as Cancun and Playa del Carmen in a few years, but for now, it’s still able to maintain some charm by being slightly off the beaten path. Christened after the age old tale that some of the first Old World explorers saw a zebra swimming to shore in Tulum, thus naming the region La Zebra, the recently renovated hotel is a fixture amongst Tulum vacationers, and it’s no wonder why.

The bungalows and palapas of La Zebra are donned in neutral colours: limestone chalky whites and beige, desert-brown dried palm fronds, and rich woods. Everything is adorned with lush green accents from tropical jungle plants and palms. Built directly on the white sands of Tulum, La Zebra reassures you that this was the luxury beach escape you were looking for as soon as you step onto the grounds. And it has every desired amenity to make your tropical beach vacay fabulous: spa, world class restaurant and bar and private beach access. 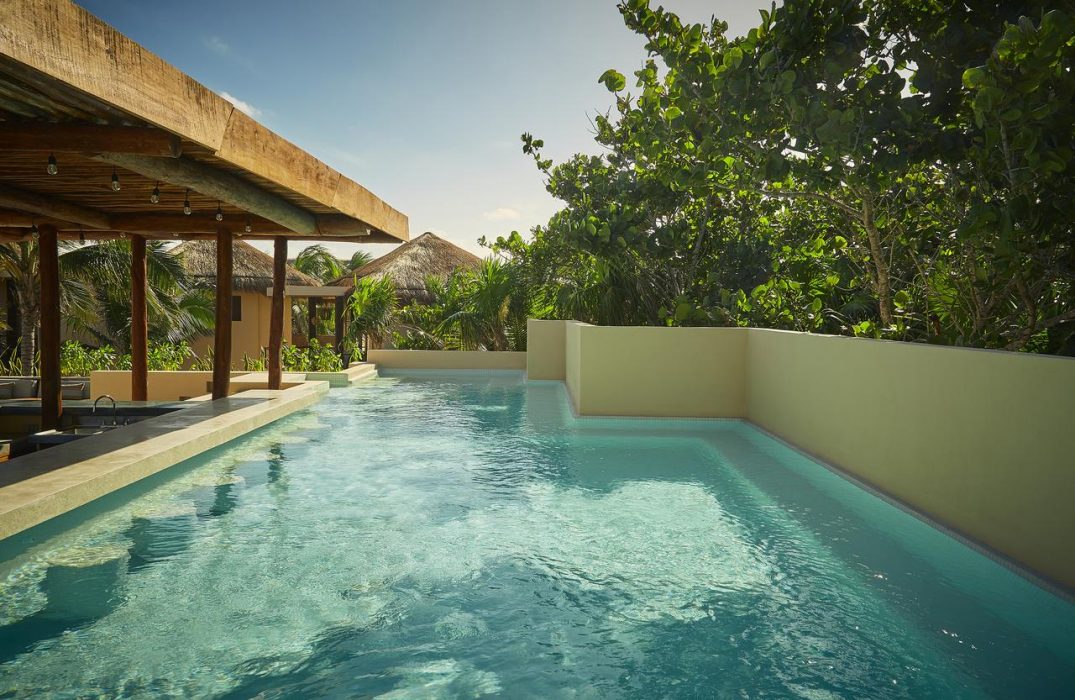 The rooms are each their own sanctuary, providing reprieve from the outside heat. Crafted in smooth white limestone with wooden accents and high ceilings, the construction helps keep the rooms cool. The rooms are spacious, providing enough area for a double rainfall shower and double vanity sinks in the bathroom, a large California king bed, and daybed, and finally, the cherry on top: your personal balcony. Our ground floor suite meant we had direct beach access and a private jet-operated plunge pool, where we would relax in the evenings. The plunge pool is great for a little cooling dip, but it’s not secluded, so it’s not for the most intimate of moments. Top floor rooms do not have a heating pool, but their eagle eye view of the resort allows for great people watching. 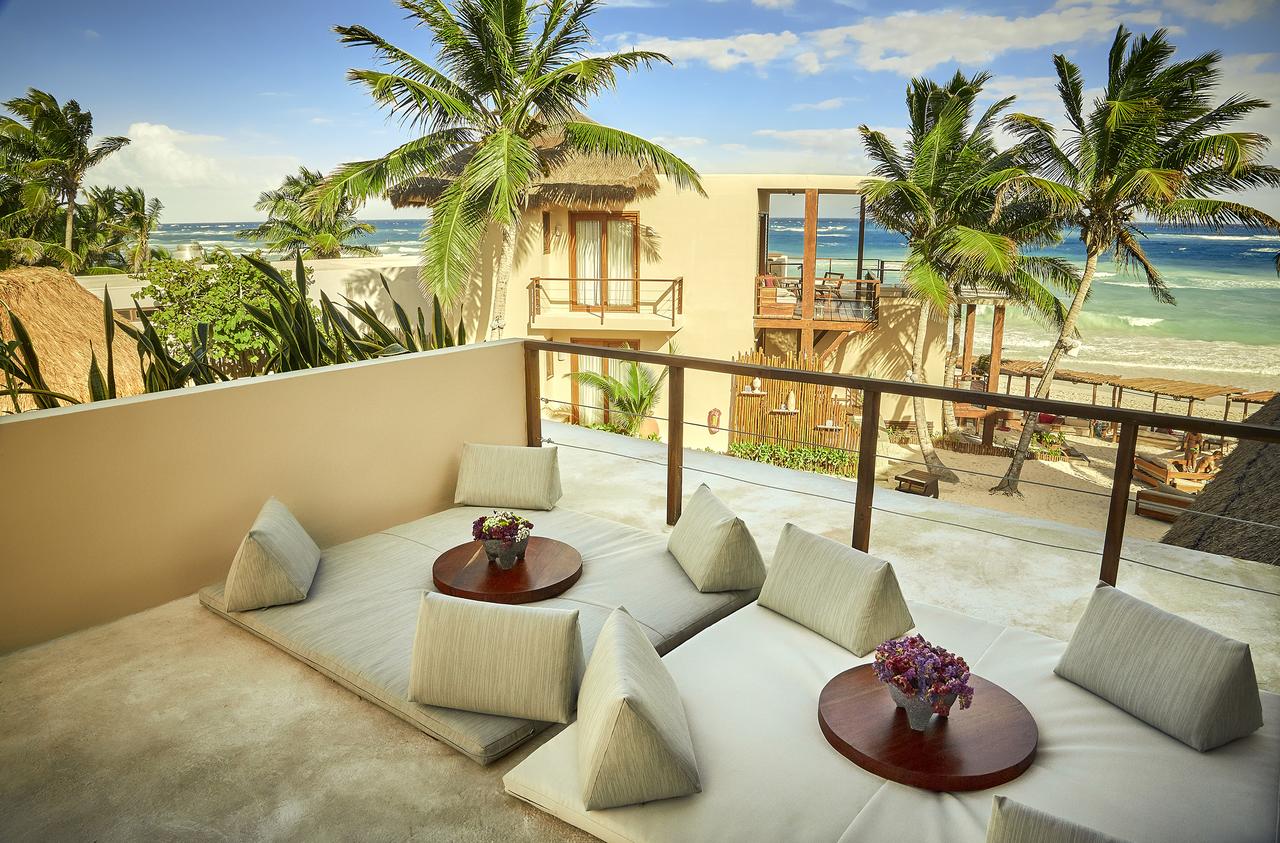 When you can pull yourself away from the room to explore more of the offerings at the La Zebra hotel be sure to cover yourself in bug spray to ward off mosquitos. If you’ve forgotten your own, you can use the hotel’s complimentary custom organic concoction, another small detail thought through by the staff and example of the comfortable luxury that answers all your needs. 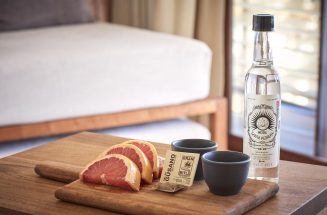 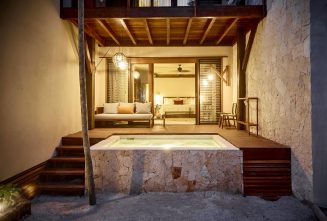 La Zebra offers outstanding spa and dining for its guests, but its greatest asset is its expansive private beach. The property has roughly 20 different beach cabanas that residents have complimentary access to, or Tulum vacationers can purchase with a day pass. Each beach cabana has a personal “attention flag” that you can raise for prompt bar and restaurant bedside service. Try any of the five taco variations they have, you won’t regret it. I visited La Zebra in late April, when The Mulberry Project pop-up beach bar was in full effect. The pop-up comes from NYC’s Jasper Soffer and was open for the third year at La Zebra from November – May. The charm of The Mulberry Project is that you have the power to create a custom cocktail that is entirely up to your tastes. You can pick an alcoholic base, a few different fresh ingredients and then what “essence” you’d like the cocktail to be (refreshing, spicy, etc.). The possibilities are endless, and with 2×1 Tuesdays, you may be tempted to try your hand at more than a few. While the pop up closed on May 31, the Mulberry Project will be back during peak season at the tail end of the year.

This is the hotel that has everything, and it might be tempting to spend all your entire time at this beach chic luxury. However, for those who do want to explore a bit more of Tulum’s offerings, the concierge can arrange a private tour with a number of class A private companies. On same day notice, my friend and I were connected with an amazing tour guide who showed us around the Tulum Mayan ruins and a few cenotes, an absolute must in Tulum!

Cenotes are groundwater fresh pools which form when limestone caves in, and there are over 6000 across the Yucatán Peninsula. It’s an amazing way to feel refreshed after walking around in the Tulum heat. While we went to Gran Cenote Sac Atun, one of the most popular cenotes, our favourite was actually the Nicte-Ha Cenote. Not overburdened with tourists, it’s a small cenote turned lily pond with some of the clearest water I’ve ever seen.

I wouldn’t say that there are too many downsides to La Zebra in general, however, there are a few things that didn’t work that are expected of a four star hotel. For example, the wifi didn’t work the first night we were there, and with no service in the rooms, we were technology-deprived for a night. Luckily this problem resolved itself over the course of our stay, and the staff was extremely gracious and helpful while troubleshooting. This experience with the staff was consistent throughout our entire stay.

Overall, La Zebra provides the complete package. It’s difficult to juggle being a family friendly hotel without alienating singles or couples, but La Zebra manages to do just that with its range of offerings and idyllic beach chic habitat. There’s enough to do at the hotel that every tastes will be satiated – whether it’s having a chill cocktail at the beach or on your balcony, or dancing to DJ tunes later in the night.

It’s no surprise that La Zebra is rated one of the best small luxury hotels of the world. 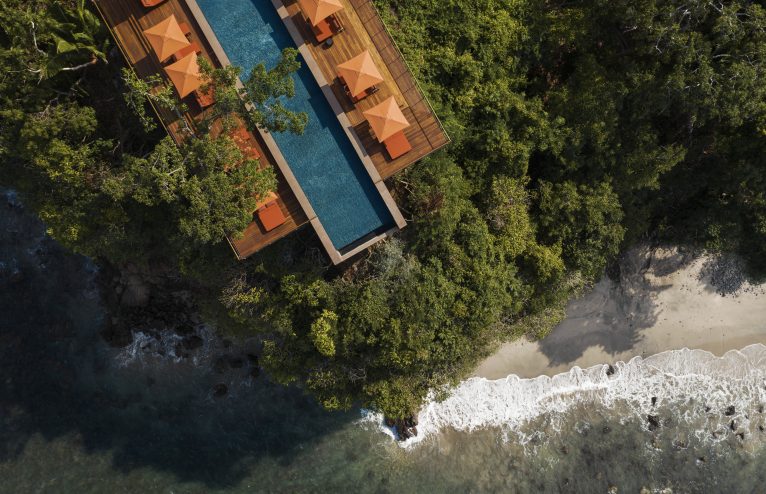