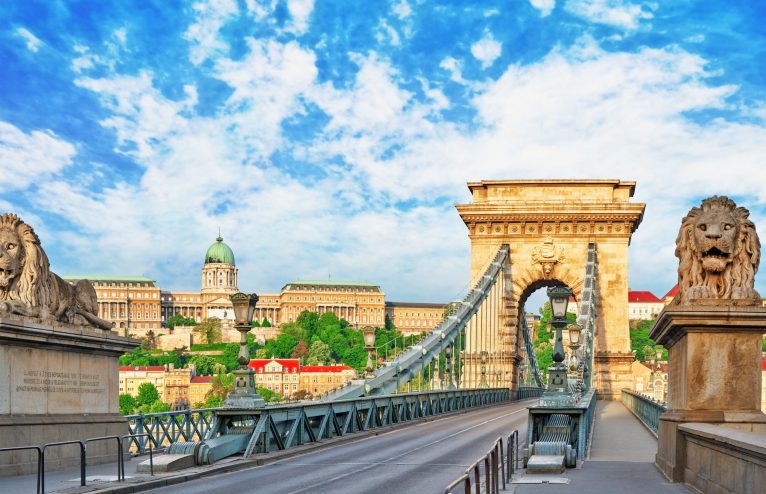 I had never really thought to travel to the Hungarian capital, I hadn’t really heard too much about it, let alone what to do in 48 hours in Budapest.

Was there a good bar scene? What about the food? But a few weeks ago I booked a weekend to Budapest and was completely blown away by this city. Rich in history and not shy about expressing the things that happened here. But aside from its darker past, this bustling city is a sun seeker’s paradise. The Danube River splitting the two sides Buda and Pest (both sides worth visiting), each side bringing something different. Buda full of grandeur, the castles, the hills overlooking the city and the beautiful tree lined streets; and Pest, vibrant and littered with the best bars and restaurants.

A must visit in the summer months, find a bar on the water, grab a cocktail and soak in that glorious sunshine. Here’s what to do with your weekend in the city: top tips for the best places to stay, play, eat and drink.

If you’ve got two full days then you can definitely squeeze in enough sites, activities food and drink to feel like you’ve really seen the Hungarian capital.

The thermal baths are world renowned, google ‘things to do in Budapest’ and your image search will be filled with these thermal baths. While you might only have a weekend, you should be sure to get up early and spend a morning here before venturing off somewhere for lunch.

There are a couple to choose from but the best two are the Széchenyi Thermal Baths, this is the most popular and the most famous, with 21 pools both indoors that make use of 1,600,000 gallons (6,000,000 litres) of water from two springs. Choose the water with your optimum temperature from the varied pools. The biggest pool is outdoors, a good tip is to get here early, snag yourself a sunbed and set yourself up for the morning.

There is also a spa where you can book for massages and treatments.

Then there’s Gellért Baths which is the most beautiful indoor spa and oldest Art Nouveau thermal bath in Budapest, situated within Hotel Gellért. The water contains calcium, magnesium, hydrocarbonate, alkalis, chloride, sulfate and fluoride, with an incredible amount of soothing and medicinal benefits. If you’re looking to spoil yourself a little, then book yourself a spa treatment here.

Once you’re all refreshed from a morning at one of the baths make your way over to Buda and spend your afternoon there, be prepared for the hills on this side of the city, comfortable shoes will be required. The neighbourhoods over this side are very beautiful so spend some time just taking in the architecture, Head upwards to Gellért Hill for breathtaking views in a lush green setting.

Make your way over to Buda Castle, part of the UNESCO World Heritage, is one of the most emblematic architectural masterpieces of the cityscape, and the building easiest to recognise from the Pest side of the Danube. The Castle was home to the kings of Hungary from the 13th century but little remains and the district underwent a significant transformation in the 19th Century. It is home to the Hungarian National Gallery, the National Széchényi Library and the Budapest History Museum. The annual Buda Castle Wine Festival is also held here, in addition to several other events of culture and gastronomy. 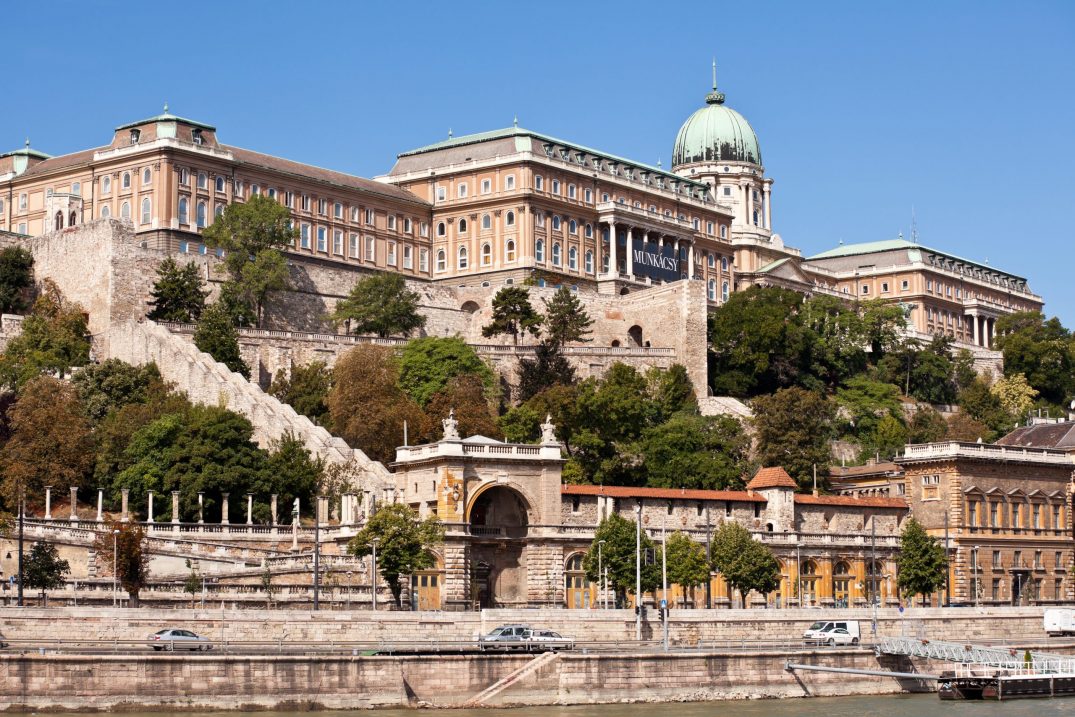 With its spectacular panoramic views of Budapest and the Danube and beautiful, ornate design, or to feel the romance of the city, head to Fisherman’s Bastion. It’s easy to see why Fisherman’s Bastion is one of the most popular and most recommended tourist destinations in the city.

The bastion is made up of seven towers – each one symbolising one of the seven Magyar tribes that, in 896, settled in the area now known as Hungary. The structure looks straight out of some fairy-tale and conjures up thoughts of Cinderella or Sleeping Beauty.

On the other side is Pest, and what it lacks in grandeur it makes up for in great restaurants and bars. An essential part of the answer to what to do with 48 hours in the city.

If you want to be close to the action, then stay in Pest – it’s flat, walkable and is the epicentre of the city’s vibrant food and drink scene. Or if you are wanting something a little quieter in terms of nightlife then center yourself right in the middle of the historic Buda side of the city.

On the Pest side, there is Corinthia Hotel which is a 5 star luxury hotel yes, but they keep it simple, elegant and understated. It’s located on the Great Boulevard making it the perfect place to locate yourself on your trip to Budapest. First opened in 1896 as the Grand Hotel Royal, Corinthia Hotel Budapest remains among the grandest in the city and a genuine beauty. Its neo-classical façade opens up to a lobby of creamy marble and a centrepiece staircase up to a vast ballroom. The building is divided between two glass-covered atriums that draw in light, and the sense of space is continued elsewhere through high ceilings and wide corridors.

Double rooms from £108, excluding breakfast (€29/£20). Free Wi-Fi. It comes with a five-star price tag, although there are frequently discount deals on offer.

Then there’s Aria Hotel, which is a little more edgy in its design with each of its four wings of the hotel dedicated to different styles of music, located right by St Stephen’s Basilica. It has a rooftop bar, one of the coolest in Budapest, has great cocktails perfect for a little nightcap overlooking the city lights. Other highlights include the soaring garden courtyard, complete with kitsch sofas and a space-age piano, and a seductive underground spa and swimming pool. The location is unbeatable with killer views of the domes of St. Stephen’s Basilica, and the hotel is within walking distance of the city’s opera house, parliament building and Széchenyi Chain Bridge.

Then over on the Buda side there is Baltazár Hotel, a family run 11 bedroom luxury boutique hotel with a whole lot of character. It has been owned by the Zsidai family, who have been leading restaurateurs in the city for more than 30 years. As you’d expect, its restaurant is top drawer, and the hotel has a colour, character and attention to design detail that makes it very special. Baltazár is probably best characterised as boho-chic. Step into the reception area with bare floorboards, a red banquette running the length of one wall, travel trunks serving as coffee tables and a writing desk the place for check-in. Located at the northwestern end of the Castle District, Baltazár is ideally placed for those who want to base themselves in the city’s historic quarter on the Buda side of the river.

Or you can always book into an AirBnB on either side and make yourself right at home.

Budapest’s restaurant scene has really started to flourish in the last few years, with new places opening all the time. And while foreign influences are enriching the culture, the country’s native cuisine is justly given pride of place. The local standard of living rises towards European averages, restaurants are engaging more with a discerning resident clientele.

For something local and traditional head to the Great Market Hall. As you may guess, it’s a market, and it’s where you’ll find some of the best local produce. It’s where the locals head, so you know it’s going to be good. The lower level is lined with stalls while the upper level has cafes and restaurants – nothing fancy here, but a great place to spend a morning.

If you want to sample the very best of Hungarian produce, or if you are looking to get a little fancier,  Borbirosag is your dinner spot, which is right next door to the Great Market Hall. The wine cellar offers some 60 different Hungarian wines to sample by the glass or quaff by the bottle. The terrace on a quiet square is a delight in the warmer months.

Those looking for a glimpse into the communist era, Kádár Étkezde is true to its communist history. The unbelievably simple and brilliant dishes cooked by Katika are served in a home-like, friendly milieu. The floor and the tablecloths are chequered, the walls are adorned with old photographs, and the broth is just perfect. Since the eatery is in the Jewish Quarter, it also serves Jewish dishes along with all the traditional home cooking of Hungarian housewives.

And then of course there are a few, well there are four, Michelin-starred restaurants dotted around the city too – but the one of best is Borkonyha Wine Kitchen. A warm inviting dining experience, the bistro style interior might not look like your standard expectations of a Michelin-starred restaurant but the food is refined and traditional with a modern twist on classic dishes.

If you didn’t know, there is a pretty big bar scene in Budapest. The best bars to go to are the Ruin Bars, which started in the 00’s as outdoor, open aired spaces offering up really good, cheap drinks.

Szimpla Kert is an absolute must, it is pretty much the mother of all ruin bars and definitely my personal favourite. There’s Mazel Tov too, which aside from the drinks also have a great food menu for when you’re in need of a little snack after your 3 beers down.

Or if the idea of a hipster run down bar isn’t exactly your thing, Budapest also actually have a great selection of wine bars, namely one in particular – Doblo a gorgeous spot that offers wine tastings paired with traditional platters, and pálinka (a local spirit, taken in shot form). 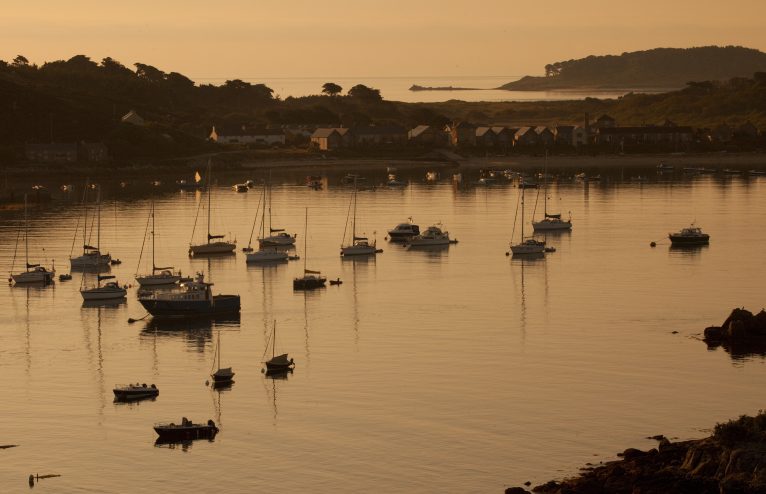