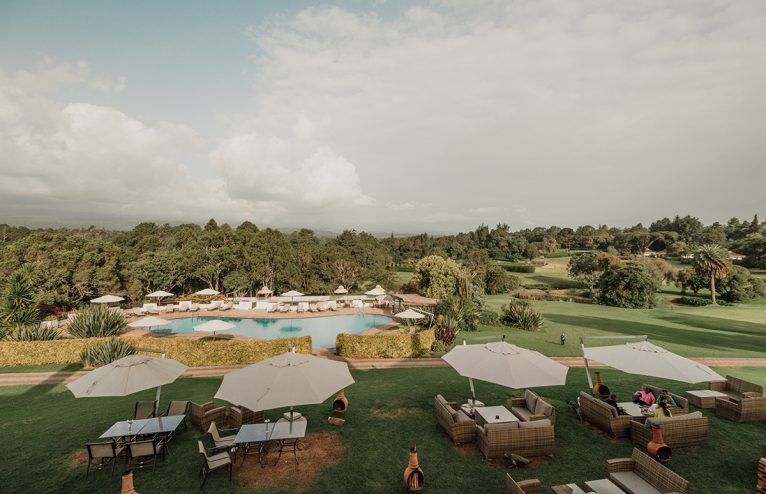 Mount Kenya's Safari Club: An Equatorial Escape to the Mountains

Tucked away in the foothills of Africa’s second tallest peak, Fairmont Mount Kenya Safari Club is quite the enigmatic heritage hotel.

Straddling the equator under the watchful eye of Kenya’s long-extinct volcano, this is a property steeped in history and full of quirks. From manicured lawns to enchanting forests, there’s a true sense of mountain retreat tranquillity here, yet equally an air of adventure just waiting to be had.

Once the highland hideaway of movie star and Club founder, William Holden, Fairmont Mount Kenya Safari Club is spread over more than 100 acres – every inch is a playground for the curious. Here you can spend your mornings horseback riding across the hills and through the ancient woodlands of Mount Kenya National Park, spotting white zebras en route. You can spend your afternoons fishing for trout in the lake alongside pre-historic looking marabou stork and peacocks. Dog-lovers can even explore the Club’s vast grounds which house an actual maze, some tennis courts and a spa currently undergoing a big facelift, accompanied by two young Labradors – an unusual hotel amenity by anyone’s standards.

At the Fairmont Mount Kenya Safari Club, the adventure starts from the word go. You’ll barely have checked in before you’re up and dancing in an “Equator Ceremony”, a sort of hybrid celebration bringing together the science of this hotel’s special location and the traditions of the locals. And it’s no surprise that the Club makes such a song and dance about their privileged spot on the equator – for many, there’s nothing more exotic than simultaneously vacationing in both the northern and southern hemispheres.

Staying the night is an equally charming – and equatorial – experience. With rooms, suites and cottages dotted all over the immense estate, you’ll want to take the hotel’s speedy golf cart chauffeur service to and from the main areas. There’s plenty to see en route, our favourite little corner being the organic garden. Not only will you find the standard herbs and veggies, the hotel also grows Kenyan tea bushes whose leaves give the famous English Breakfast blend its classic colour. 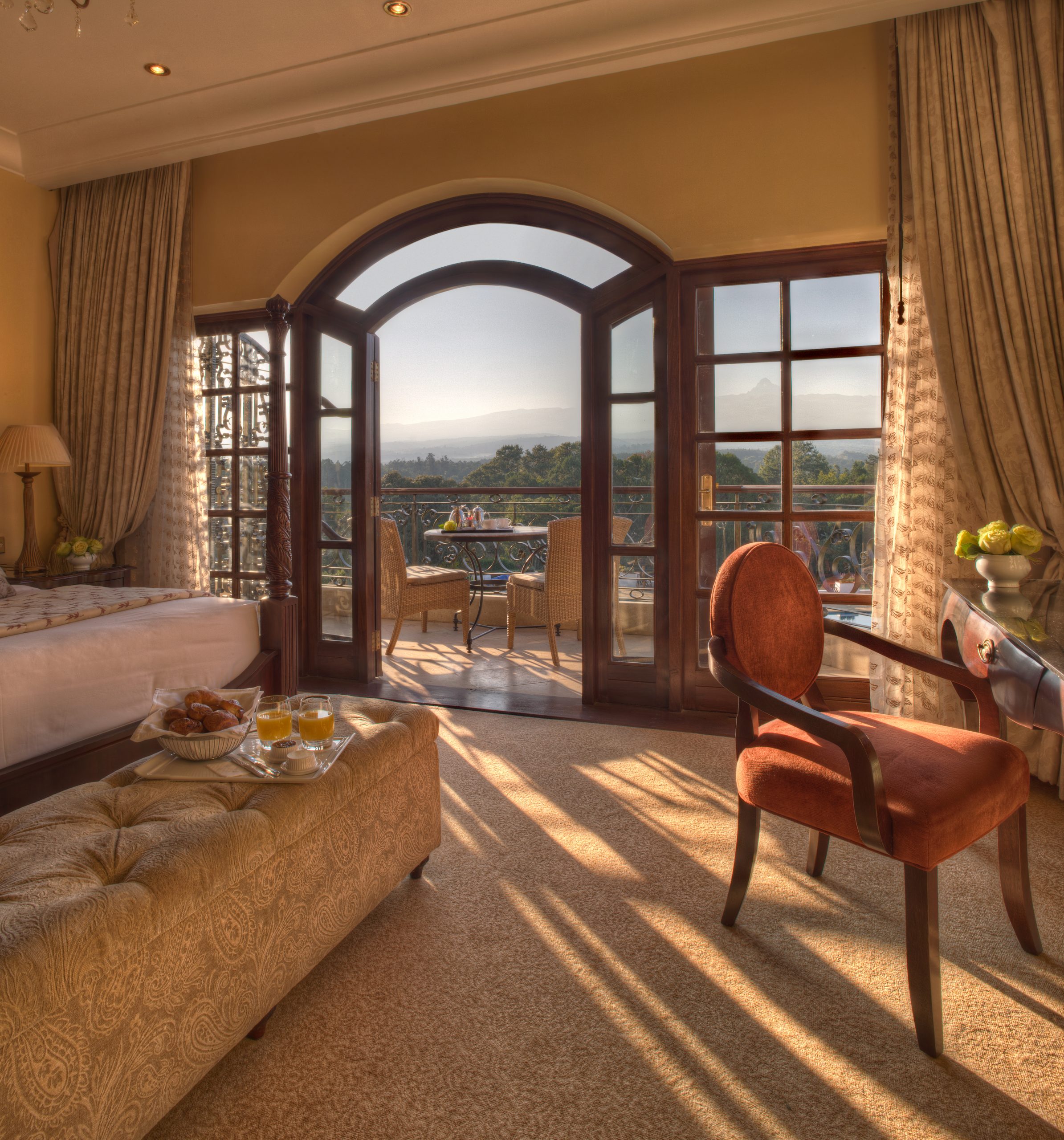 If you’re travelling in a small group with friends or family, try booking one of the Club’s cottages. With their elegant lounges complete with beautiful stone fireplaces, these two bedroom, two bathroom little houses feel like true mountain retreats. Pop open a red after dark and let the log fire take away the highland chill.

Not in need of a second bedroom? Try the Riverside Suites instead for a similar vibe and the chance to see elephants in the secluded woodlands just feet from the front decks. Or, for some real old school glamour, book the Equatorial Suite. There’s just one and yes, you’ve guessed it, it’s split right down the middle by the equator line. You can even see the special effect of the two hemispheres on the direction of water flow in the marble bathroom’s sinks. Whichever room category you choose at the Club though, you can rest assured knowing you’ll always fall asleep to the crackle of the fire, lit every night at turndown.

Dining is a treat at the Fairmont Mount Kenya Safari Club. The hotel’s signature Tusks Restaurant and Terrace puts on pretty spectacular buffets from dawn to dusk featuring Kenyan classics, incredibly authentic curries inspired in the country’s large Indian population, and all things international. The desserts too – and of course the views of snow-capped Mount Kenya – are particularly divine. Our top tip: save space for the crumble and enjoy it with lashings of vanilla sauce. It’s a total vacation highlight. 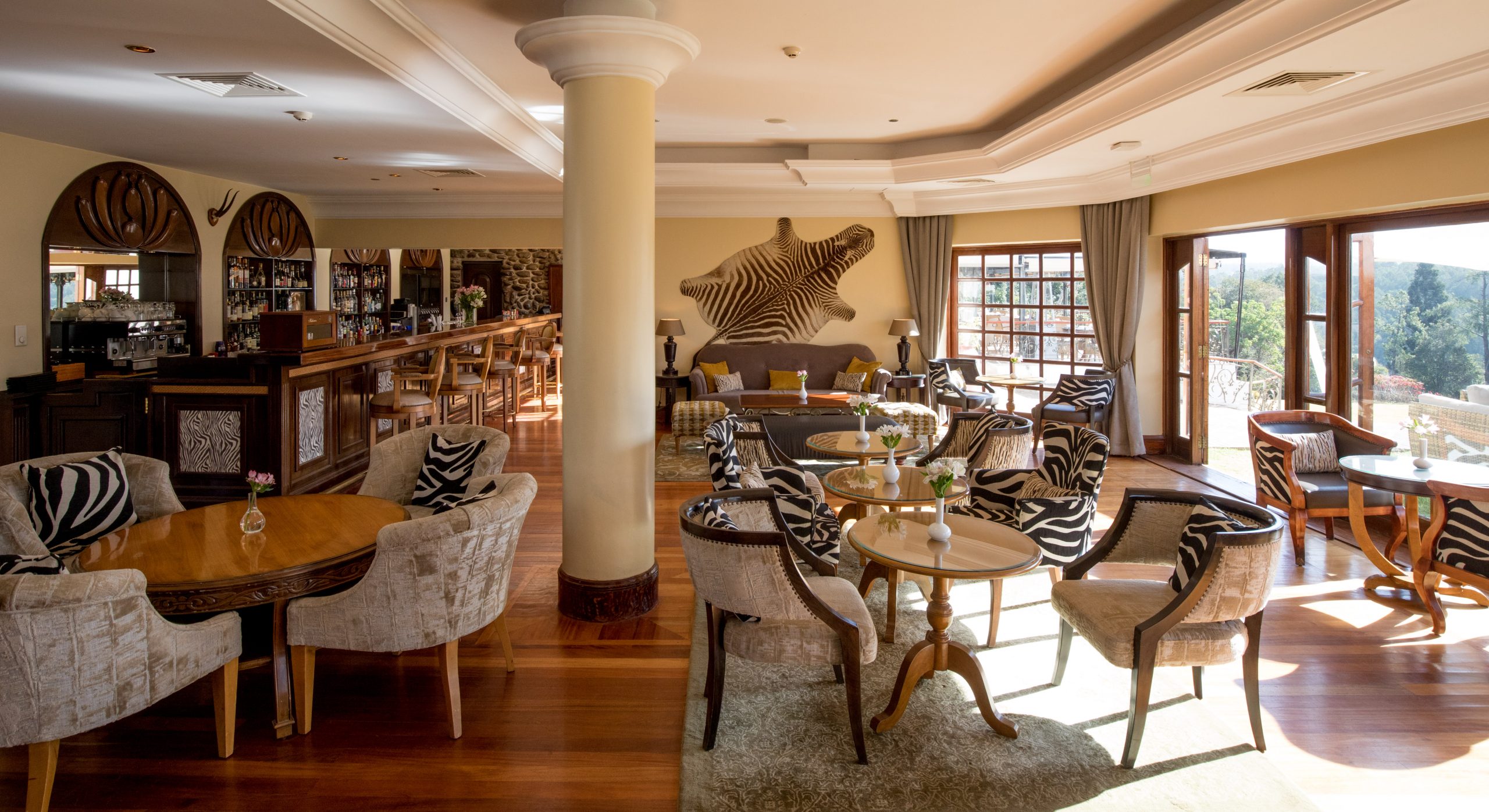 Beyond the hotel’s restaurants, there are also some seriously memorable culinary experiences to be had at the Club. A champagne breakfast on the slopes of Mount Kenya National Park ft. strong Kenyan coffee and eggs cooked right in situ? Yes, please. Sundowners and canapés around the fire in the foothills? Don’t mind if we do.

The Fairmont Mount Kenya Safari Club isn’t just a glamorous old-school Hollywood hangout, it’s got some heart too. In 1967, once-owner William Holden and some friends set up a conservation reserve and animal orphanage on the property, embarking on an ambitious breeding program to save the critically-endangered mountain bongo. Today, where these large white-striped antelope were once even more sought after among trophy hunters than the Big Five, there are now 64 safe and sound in the reserve. You can meet, feed and even pet some of them amongst a multitude of other exotic creatures being cared for at the orphanage. Think African lynx, porcupine, forest cats, cheetahs and a couple of llamas over from Peru – not quite an authentic safari but certainly a meaningful Fairmont-funded cause.

Extend your safari with a peaceful mountain getaway to the Club or keep up the pace of adventure, taking advantage of everything there is to do here. Being on the equator, the weather is pretty consistent year round.

Looking for another Safari? Read our review of the Fairmont Mara Safari Club 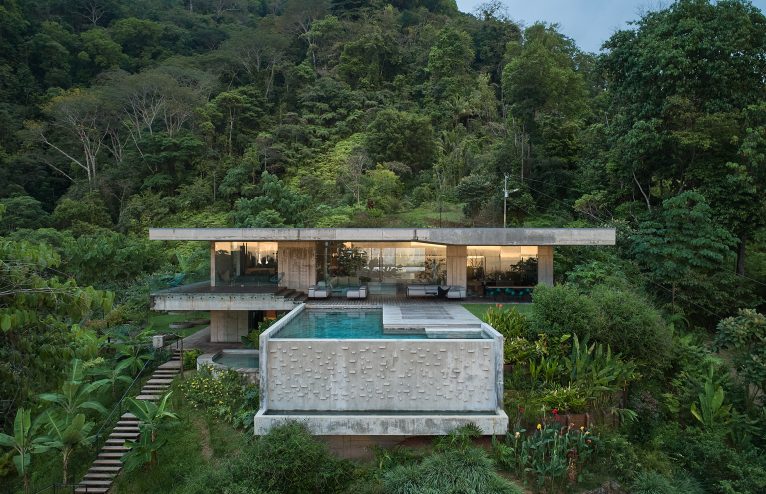 At The Chapel: Where Traditional Architecture Meets Modern Interior Design