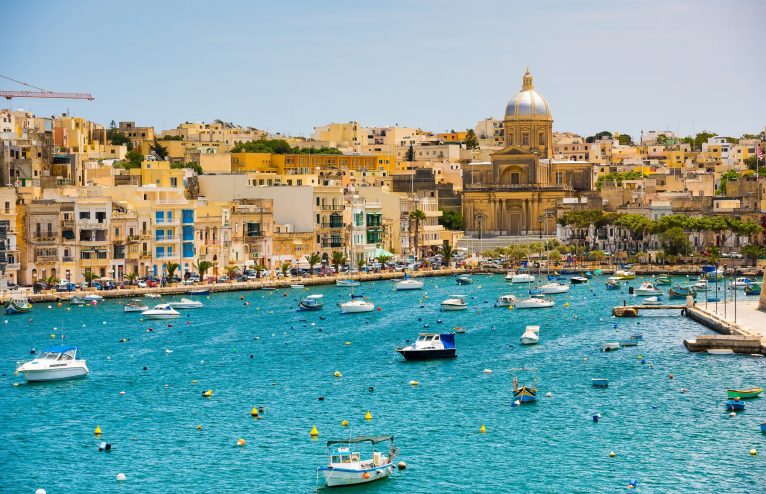 Year-round sunshine, vibrant cuisine, streets drenched in a hotchpotch of culture; the appeal of the Maltese capital is obvious. Read on to discover what to do in 48 hours in Valetta.

This Mediterranean gem has been tinged with the footsteps of a fusion of civilisations throughout history lending it a completely unique feel the likes of which you won’t find anywhere else. Surrounded by crystal blue waters, the capital Valletta provides the ingredients for an intoxicating getaway at any time of year. Named 2018’s European Capital of Culture, the city boasts a packed programme of exhibitions, festivals, music and art throughout summer and beyond.

Though it would be all too easy to spend a week or two lazily exploring the pristine beaches of Malta’s north or the twisting cobbled streets of neighbouring Gozo and Comino, the other two islands making up the Maltese archipelago. With 48 hours, you will get an authentic dose of what this magical corner of the Med has to offer, as well as a hit of Vitamin D.

Take the elevator from street level at Valletta harbour up to Upper Barrakka Gardens, not only a peaceful haven for a sundowner but undoubtedly boasting the most beautiful panoramic views in Malta, across the Grand Harbour with the unmistakable backdrop of the Three Cities. Visit at 12 pm or 4 pm and you’ll also be treated to the daily saluting battery, Valletta’s ancient ceremonial gun salute.

Even an atheist can appreciate the majesty of a cathedral and St John’s Co-Cathedral, built as the conventual church for the ancient Knights of St John, is renowned as something of a gem of Baroque art and architecture. Dripping in gold and marble, the dazzling interior is a masterpiece of both art and architecture, not to mention a complete juxtaposition to its plain outer facade. Home to two spectacular Caravaggio paintings, including the immense 510-year-old beheading of John the Baptist, it’s a must-visit. 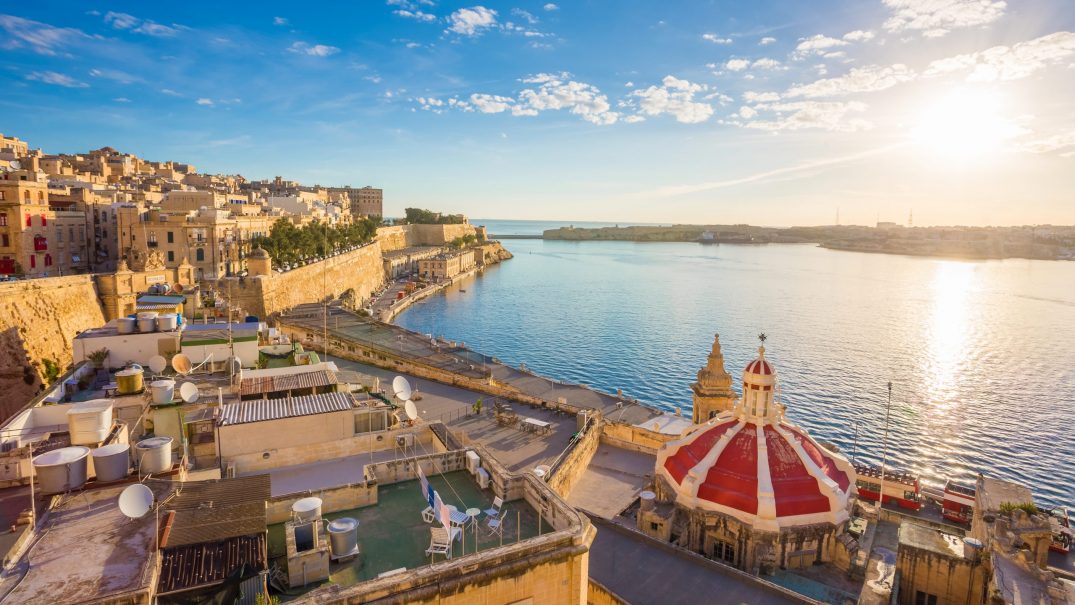 The only natural harbour in the Mediterranean, the Grand Harbour straddles Valletta to the north and the Three Cities of Senglea, Birgu and Kalkara to the south. For a few euros per person, it’s worth hopping into one of the traditional Maltese gondolas you’ll find on the harbour front to take in the view from the water of superyachts and fishermen.

It’s no surprise that Maltese cuisine is heavily influenced by Italian and Sicilian dishes as well as the island’s long history with its myriad occupants over the centuries. Traditional Maltese food is seasonal and rustic, with dishes such as lampung pie (fish pie), rabbit stew, bragiolo (beef with lives), kapunata, (a Maltese version of ratatouille), and widow’s soup. An essential snack for any time of day is a pastizzi, parcels of layers of flaky pastry, filled with ricotta or peas; wholly delicious and dangerously moreish.

There are no shortage of fine dining restaurants in the city centre; L’Artiglio (Melita Street) offers a constantly changing a la carte menu reflecting Malta’s incredible fresh produce all year round, multi-award-winning Palazzo Preca (Strait Street, restaurant central) boasts a menu of exquisite seafood, while Legligin (St Lucy Street) is the one for classic Maltese food the way mamas used to make it (literally meaning glugging down a drink).

For more affordable dining, Pappanis on Strait Street has five star TripAdvisor reviews for good reason. We feasted on mountains of homemade pasta, dense tomato salad drenched in fresh pesto and delicious Maltese wine, all for around €30 a head.

Something of a Maltese icon and the only place to go for coffee and cake, this legendary cafe in an old palazzo is a favourite of locals and tourists alike. Until late September they are also hosting weekly jazz evenings, bringing the sounds of the Mediterranean to life.

The streets of Valetta are home to many a hotel, but for an escape from the bustle head across the harbour to Senglea and the Cugó Gran Maċina Grand Harbour, this year’s most exciting opening. 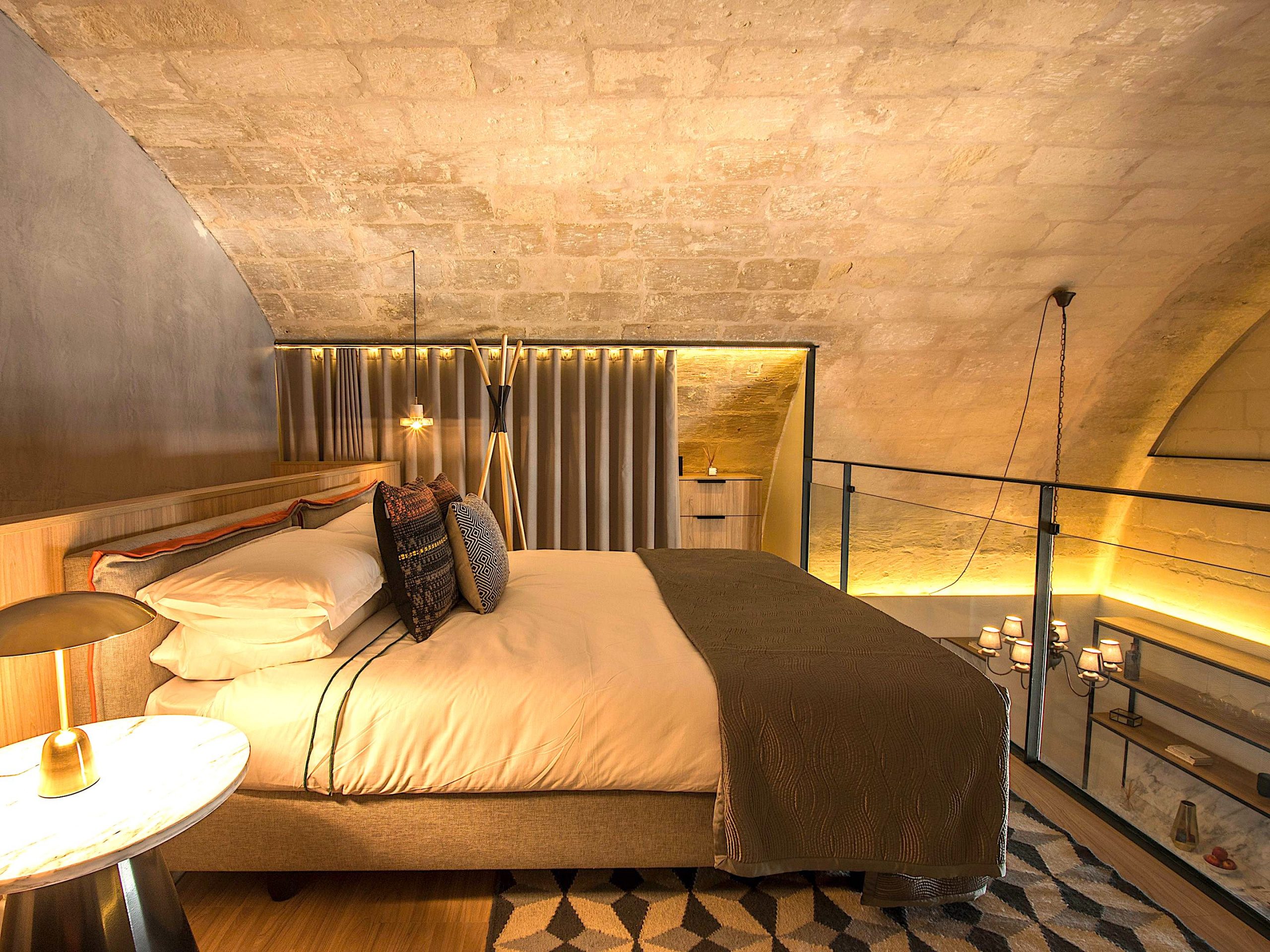 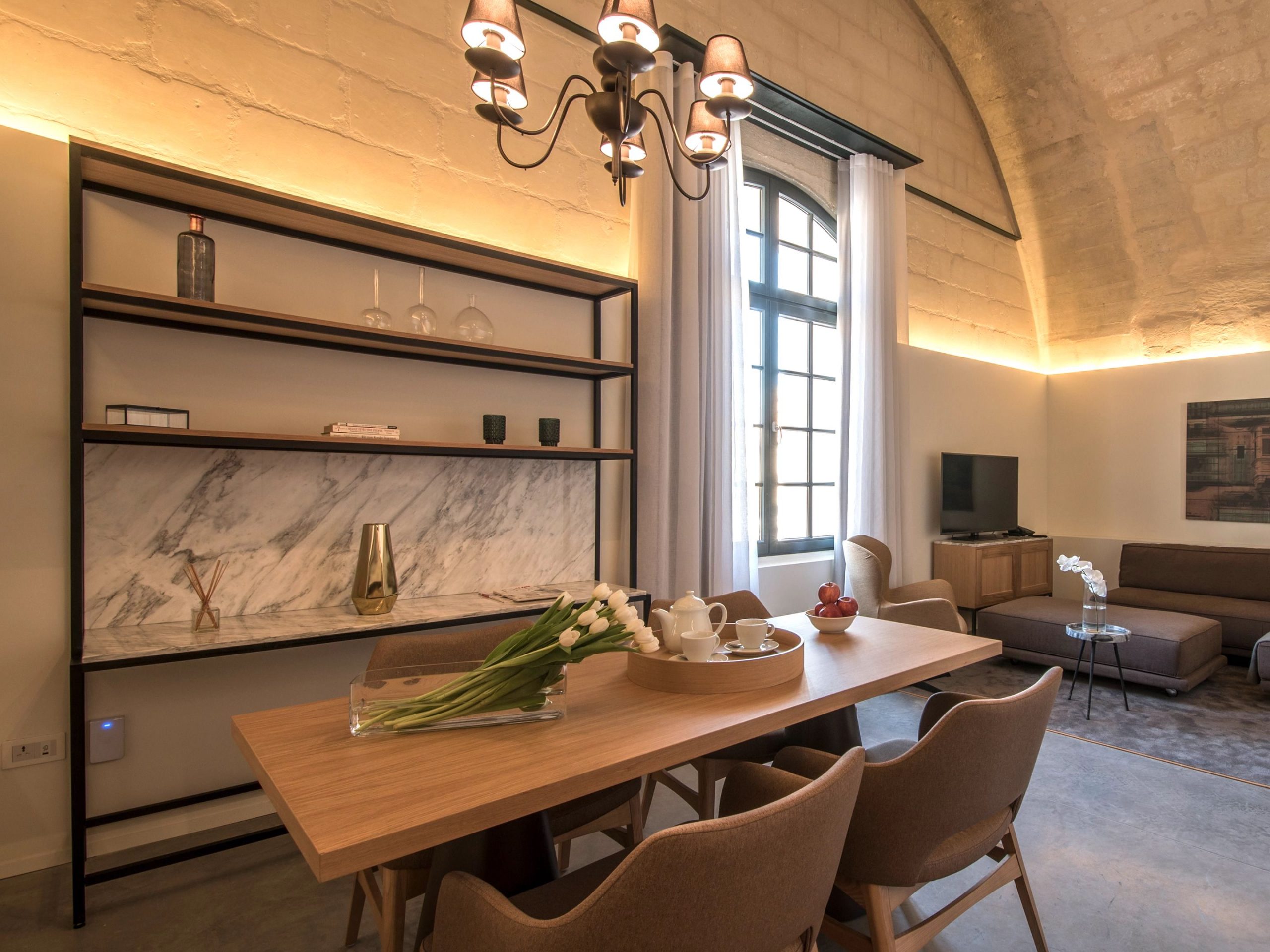 It’s opening earlier this year marked the completion of the extensive renovation of one of the Grand Harbour’s most famous landmarks, Sheer Bastion, originally built in 1554. The building is a stunning structure, juxtaposing original features and stonework with new design details, with 21 suites offering views across the harbour, vaulted ceilings, custom-designed bathrooms and an abundance of glass and natural light. The sun-drenched rooftop pool is the selling point, offering a pocket of privacy to soak up the rays, while Hammetts Grand Maċina restaurant downstairs open for a continental breakfast and a dinner menu of freshly-caught seafood, Italian influenced flavours and crisp Mediterranean wines.

Malta has no shortage of festivals at the best of times, but this year’s European Capital of Culture accolade means 2018’s schedule is better than ever before, no matter what your tastes. August heats up all round as Glitch Festival – a must for fans of electronica – runs from 14th-16th at Gianpula Fields, Malta’s ultimate destination for entertainment and clubbing. Set in an ancient cave with a star-studded lineup and a finale boat party on the closing day it’s an experience like no other. For a more chilled vibe, Full Moon Med Fest – inspired by Thai clubbing traditions – takes place on a beach under the glow of the moon on August 25th, while early bird tickets are already on sale for Annie Mac’s Lost and Found in May next year, fuelling Malta’s reputation for being hot on the heels of Ibiza.

If clubbing isn’t quite your scene, Valetta also enjoys a thriving opera scene and this summer sees the debut of a new operatic work by Maltese composer Mario Sammut. Ahna Refugjati recounts the struggles of a family attempting to escape a war-torn country, with performances on 31st August, 2nd and 4th September.

With frequent buses costing around €1, make the most of the excellent transport links and hop aboard to spend a couple of hours exploring the ancient city of Mdina. With a history tracing back more than 4,000, it’s no surprise the city has been the star of many a TV and film set in recent years, including Game of Thrones. One of Europe’s finest examples of an ancient walled city, the mix of medieval and baroque architecture is astounding. Be sure to visit the Fontanella Tea Garden for a pitstop, home to the aforementioned pastizzi and unrivalled views back to the coast. 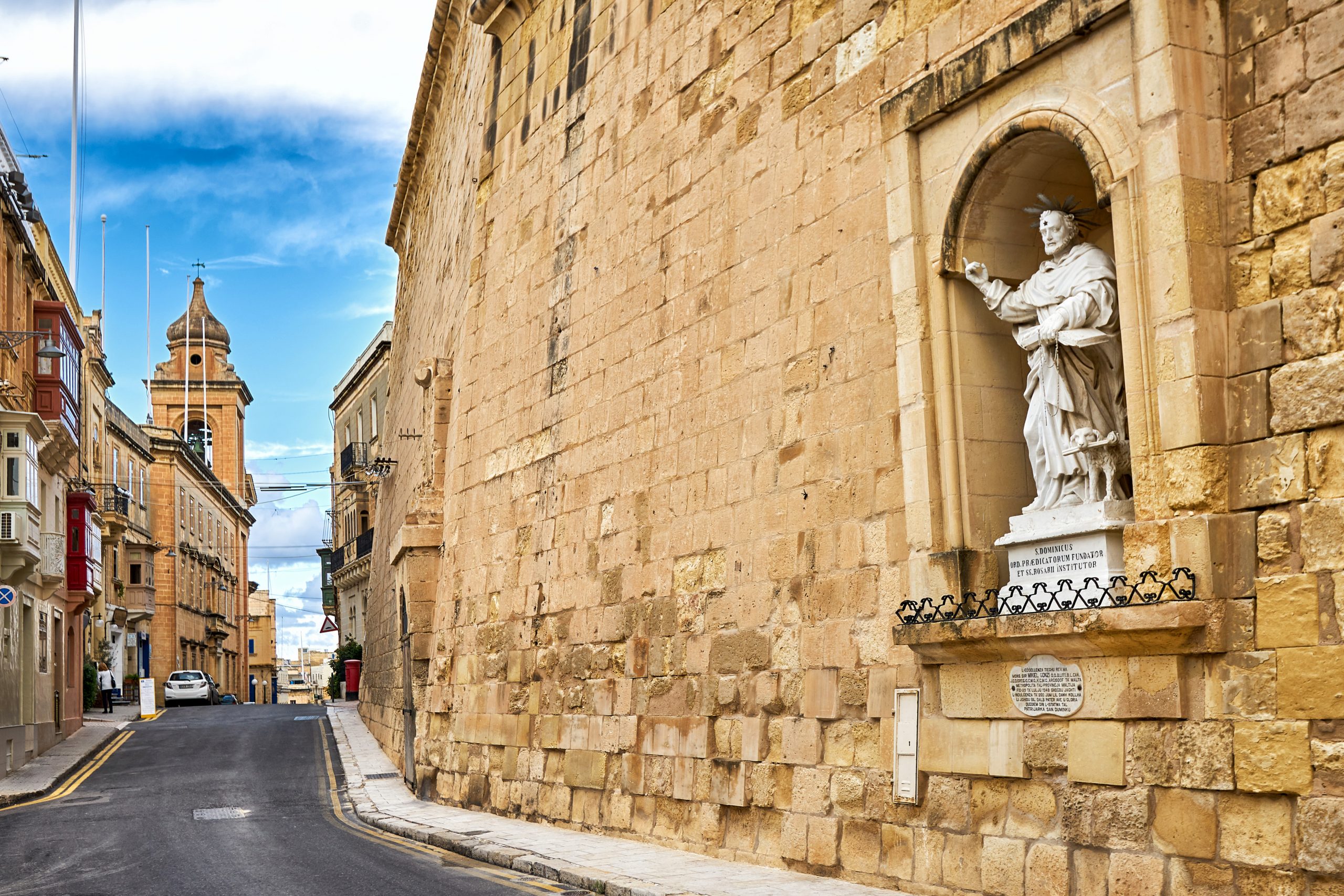 Across the harbour from the Cugó Gran Maċina hotel and 10 minutes on the ferry from Valletta you’ll find Birgu, one of the Three Cities and a silent haven. Wander up into the town and get lost in its silent flagstone streets, taking in the sun-bleached building with their coloured doorways, flags fluttering in the breeze. Take a lazy lunch and watch the world go by at one of the harbour-side restaurants, or take a stroll up to Fort St Angelo, known as the jewel in the crown of Malta’s military heritage.

Interested in a long weekend away? Explore Seville in 48 hours in this guide. 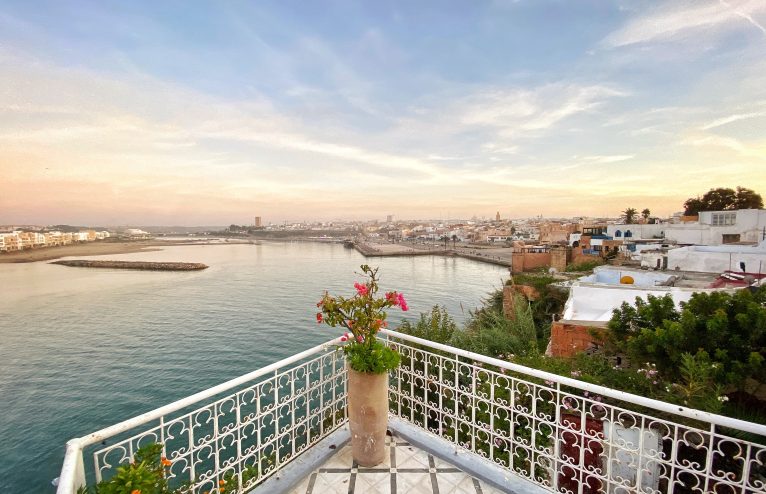