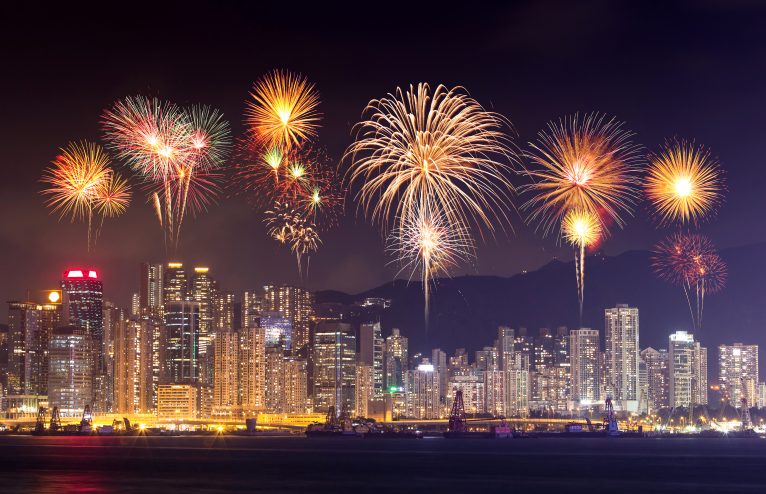 PIN IT
The Magazine

New Year’s Eve often feels like a lot of pressure – pressure to make sure it’s the best way to close the last year, and make sure the New Year starts with the greatest night of the year.

These places around the world have a reputation for traditionally throwing a great New Year’s Eve party.  From mind-blowing fireworks with breathtaking backdrops to raucous street parties in cool capitals, start the year as you mean to go on – on holiday – with our list of the best destinations to celebrate New Year’s Eve.

A spectacular pyro-musical display lights up Hong Kong’s Victoria Harbour at the stroke of midnight with lasers, fireworks and choreographed LEDs exploding across this frenetic city’s famous landscape. The countdown celebrations have featured “Shooting Stars” beginning an hour before the countdown with splashes of light exploding every 15 minutes from the rooftops of the buildings surrounding the harbour…

Top tip: forget joining the crush on the waterfront. Instead, watch the show from a traditional junk on the water, or one of HK’s many world-class rooftop bars.

Edinburgh’s Hogmanay shows the world how to party with 3 days of spectacular events, great music and amazing crowds. Beginning December 30, a procession of torch-carrying partiers walk from Parliament Square to Calton Hill for a mighty fireworks display. Round 2 goes down on the 31st, when street parties and music festivals dominate the daytime, and 4.5 tons of fireworks over Edinburgh castle dominate the night. This culminates in what some claim is the world’s largest rendition of “Auld Lang Syne,” sung by literally everyone pouring out of the city’s bars. New Year’s Day brings more outdoor rigors: a run down the Royal Mile, a polar plunge into the River Forth, or the traditional dog sled race. Highlighted as one of the ‘Top 100 things to do before you die’ – it’s one to check off the bucket list.

It’s the go to city for Californians during holiday season, and the host of the SnowGlobe Music Festival from 29-31 December, billed “California’s biggest New Year’s Eve event.” This year’s headliners include Above & Beyond, Diplo, and Eric Prydz, and even if you’re not into electronic music the atmosphere still makes for a world-class party. Gamble, ski, and après-ski. It’s a Christmas getaway and New Year’s Eve rolled into 1.

New Year’s Eve is a big deal in Mexico. Thousands of tourists from Mexico and all over the world meet in Puerto Vallarta, in the state of Jalisco and Riviera Nayarit, in the state of Nayarit to celebrate at the hottest street and boat parties!

Start your night with drinks in the Olas Atlas neighbourhood at Garbo Piano Bar. The city closes the streets to cars, which means lots of space for talented musicians and street performers and impromptu dance parties.

The Malecón bay hosts the biggest fireworks display in town that can be seen from all over the city. Maybe catch it on a boat ride to the hidden paradise at Las Caletas, with a sea view of the famous fireworks display at the Malecón without the crowds!

Berlin is home to some of the best clubs in the world, and on the 31st, these techno temples reach their element to ring in the New Year.

But if you’re about the open-air, the massive outdoor party between the Brandenburg Gate and the Victory Column is one of largest outdoor celebrations, seeing around a million people gathering along the event’s 1.6-mile stretch. It goes on until 3am with live music, DJs, laser shows, food and, of course, fireworks.

If you believe fireworks are best enjoyed from a distance, head to one of Berlin’s rooftop parties and get a skyline view, rooftop bars fill up for a festive night of debauchery, dancing and stunning views of the city’s electric midnight show.

It’s all about the outdoors here, with the weather being a barmy summertime, taking to the beach. Copacabana beach is a samba dancing, champagne fueled, firework filled New Year’s Eve. The party officially starts around 8pm, but it starts filling up by mid afternoon. Find a spot, ideally near the front of Rio’s landmark hotel, Copacabana Palace, as this is the location for main-stage concerts.

After the fireworks are over, it is customary to head to the sea and jump seven waves while making seven wishes. Legend has it that after jumping the seven waves and leaving the ocean, it’s important to not look back in order to avoid making Goddess Iemanjá angry. The atmosphere is euphoric.

Top tip: It’s customary to wear white in Rio on NYE – said to bring luck for the New Year.

It’s about finding right spot to watching the fireworks here. The Waterfront is a category of its own, with everything you could want in one spot. Expect pop-up performances, fun characters and delicious food in all the main areas throughout the night. Plus, there are views of Table Mountain and the Atlantic shore. It’s spectacular – but if you want a party with a more local flavour, you have to head for the sand. The hottest ticket: Pacha’s elite soirée at Grand Africa on the Grand’s private beach, facing Robben Island.

The party continues well into New Year’s Day, culminating in the Cape Town Minstrel Carnival Parade, where 10,000 people in painted faces wind their way through the city to ring in 2019. Father Christmas stops by on weekends too.

When you’ve only got sunlight for about four hours, you’ll take any excuse to light up a fire in the middle of the afternoon. The whole Icelandic nation goes wild with New Year’s festivities a little before 4pm, with bonfire parties, meant to burn away the previous year’s negativity. Within the greater Reykjavík area there are around 15-17 bonfires, but around 90 bonfires in the whole of Iceland, leading up to the main national display with literally tons of fireworks exploding over the city. Then everything goes quiet from 10:30 – 11:30 pm as the whole nation watches an Icelandic TV comic show Áramótaskaupið – which is an Icelandic satire on the events of the year. And at 11.30pm it begins again. It’s a real community affair as the Iceland skylights up for a breathtaking experience. 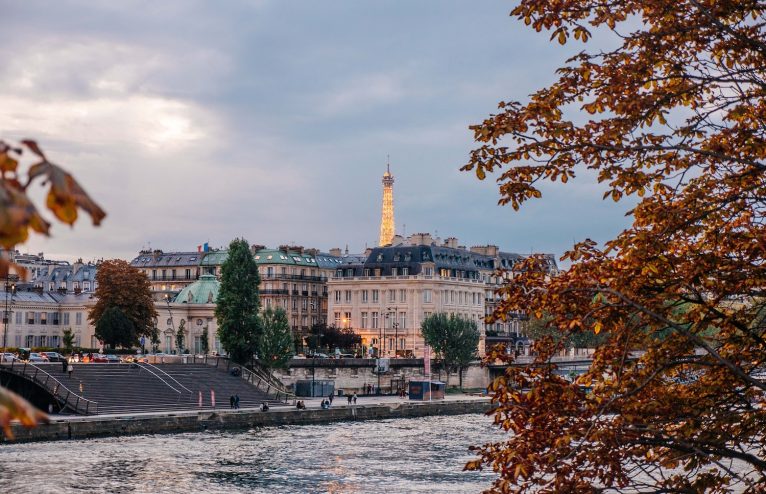 Where To Woo In Paris

Fashionable Parisian Hotels With A Story To Tell: Check In Here