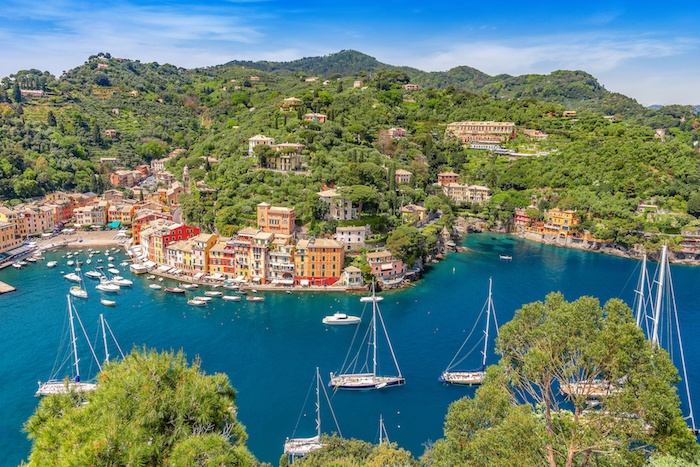 Where To Go Next Month: The July Edit

The heat of summer will no doubt have you dreaming of escaping the office and venturing to more inspiring scenes. We’ve rounded up our pick of where to head this July for a sandy respite or urban exploring.

Whether its discovering colonial towns, island hopping over sapphire blue water, charging through orange deserts or partying the night away with jubilant locals, we’ve got you covered for a joyous July. 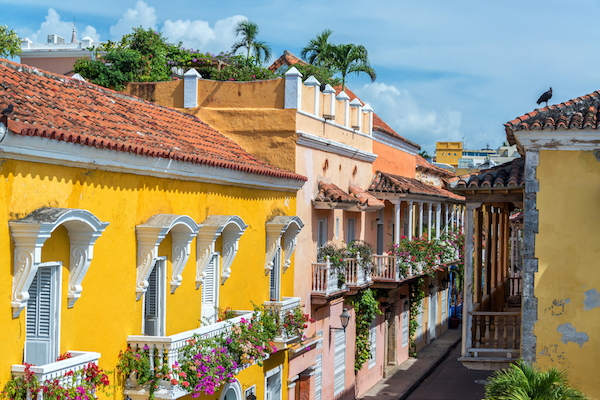 Colombia is a natural draw for travellers to South America. With sublime beaches, fascinating colonial towns, a tumultuous but rich history, stunning scenery and some of the continent’s most welcoming people, a trip to Colombia is a real memory-maker.

There’s been a sharp increase in tourism following a period of healing after decades of conflict. Foreigners and Colombians alike are now far more able to explore this thrilling paradise of cloud-forested mountains, palm-fringed beaches and gorgeous cities noted for their exceptional cuisine.

The only country in South America to border both the Pacific and the Caribbean, head to heritage-listed Cartagena for old-world charm on the edge of the glimmering Caribbean; for achingly beautiful natural landscapes head to Tayrona National Park, with its secluded swimming holes and gorgeous hiking trails to die for. Explore the urban sprawl of the capital, Bogota, where the colourful streets are plastered with street art, and finally the burgeoning foodie mecca of Medellin, where the culinary scene will get your tastebuds tingling.

As the world’s leading source of emeralds, you could describe Colombia as the jewel of South America!

From £630 roundtrip, with stopovers in Madrid 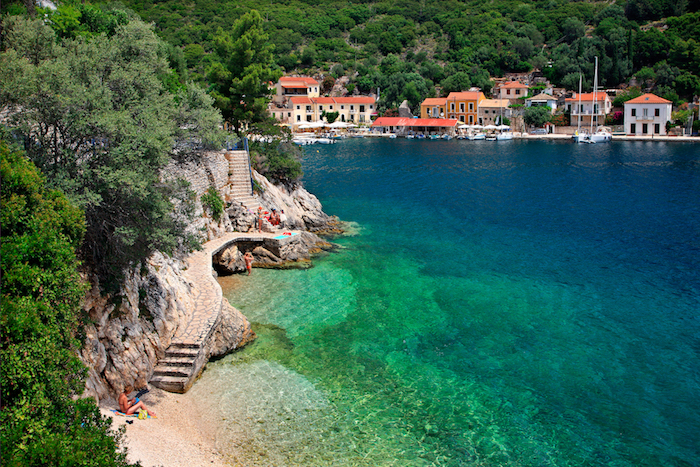 For those seeking serious solitude, a number of paradisiacal isles come into their own during July. Greece’s Ionian islands offer a taste of Mediterranean paradise with gently undulating shores and quiet, white-washed villages where cats snooze in the sun.

Made up of a string of six diverse islands that puncture the haze of the Ionian Sea – Corfu, Zakynthos, Paxi, Lefkada, Kefalonia and Ithaki – you’ll find the archetypal fishing villages, hidden coves, rolling hills (that are particularly green on this side of the country) and superb food. Make sure to hunt out a traditional taverna and try Pastitsada, a Greek take on some very, very moreish pasta.

And don’t dismiss Corfu for its reputation for package tours; that trend has diminished greatly, giving the island a smaller population and all the more appeal. The west coasts of the larger islands also boast some of Greece’s most picturesque, sheer cliff-backed beaches, whose pale sands are border the milky turquoise water that leads to the deeper azure sea.

The deepest point of the Mediterranean is located in the Ionian Sea. It is called Calypso Deep and reaches depths of 5,270 metres.

Average highs of 31c and very little chance of rain 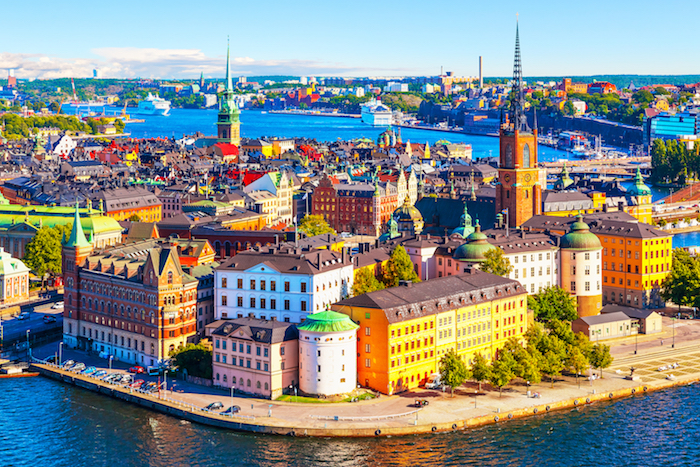 Consistently ranked as Europe’s – if not the world’s – most beautiful city, Stockholm really has it all. Built over at least 14 islands, the city is famous for its waterways and quayside boulevards that are edged with medieval, baroque, art deco and totally contemporary buildings.

The Old Town, or Gamla Stan, makes up a dainty island in the very centre of the city, is a jumble of narrow alleyways that are home to unique boutiques, fragrant bakeries, hidden bars and awesome coffee shops. That famous Scandi-chic is everywhere you look, from exemplary restaurants decorated in minimalist bare wood, to its beautiful population and their effortless style.

For culture vultures, stop in at the Vasa Museum to see a fully intact 17th century warship salvaged from the bottom of the ocean; take a tour around Fotografiska, the contemporary photography gallery with an unparalleled waterside view over to the city; or hit up the super quirky ABBA Museum for an all-singing-all-dancing immersive hark back to the eternal 70s pop sensations.

The city’s subway is also known as the world’s longest art gallery, with the majority of its stunning, colourful stations being adorned with paintings, sculptures and mosaics , with elevators that appear to be hewn straight into the bedrock. 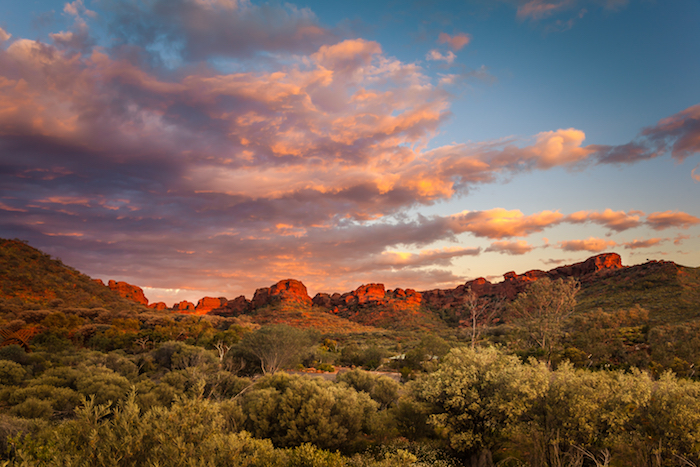 At the other end of the world, the arid landscapes of Australia’s Red Centre are at their most dramatic during July, best observed from the window of the Ghan Express, one of the world’s great train journeys that links Darwin and Adelaide. Nearly 3000km, that’s further than London to Moscow.

The journey takes you from palm-fringed, turquoise oceans of Darwin’s bay, through awe-inspiringly vast scenes of seemingly never-ending red sand deserts towards the country’s central city of Alice Springs. This is the gateway town for seeing the majestic Uluru, the great red rock that rises as if from nowhere in the middle of totally flat scenery, as well as its less explored but equally incredible cousin, Kata Tjuta. Here you can glamp out under billions of stars or tuck away in a luxury lodge, and even learn the history and spiritual significance from local indigenous guides.

Stop off at Arhem Land to see green river gorges with sheer cliffs and wild rapids before the train snakes it way to beautiful Adelaide, a totally contemporary city home to great shopping and cool bars and restaurants, that is consistently ranked as one of the best cities in the world to live. It is often overlooked in favour of Sydney and Melbourne, but that exclusivity just adds to the appeal.

The ‘Ghan’ name comes from honouring the Afghan camel drivers who arrived in Australia in the late 19th century to help the British colonisers (wildly unprepared for the desert) to reach the country's interior. There’s now more camels in Australia than any country in the Middle East!

From £1000 roundtrip to Adelaide with stops in Dubai 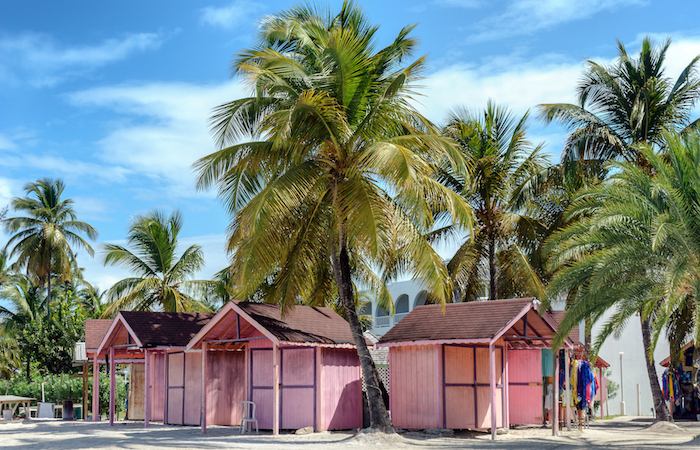 Jutting out to the east of the string of islands that dot the turquoise sea, Antigua has a unique position, climate and charm compared to its Caribbean counterparts.

The capital, St John’s is home to marvellous colonial architecture and historic forts with a bustling town centre that has a distinctly English vibe, albeit with added humidity. Its hillsides are home to banana plantations and rum distilleries and its beaches are fringed with swaying palms.

But July is all about the Carnival. This is a riot of colour and costume, glitter and rhinestones, reggae and calypso beats and booty shakin’ that will have you totally enthralled. Taking place over the last weeks of July and into August, it takes nearly all year to organise. There’ll be parades and street parties, with booming tunes and flowing rum that gets more and more raucous into each night. The parades wind through a whole host of villages before a huge, explosive blowout party in the capital.

No doubt you’ll dance through the night, so when day comes round again you’ll delight in luxuriating out on a towel beneath the fresh breeze which is coolest at this time of year on beautiful Antigua, where life really is a beach.

Antigua has 365 powder-soft white sand beaches… one for each day of the year! 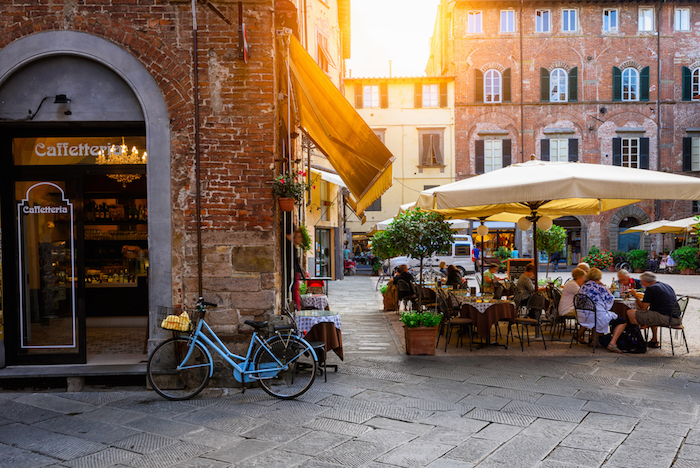 Italy is blessed with views, sunsets and roads screaming for a set of wheels to burn across the tarmacs of the country. The country offers some of the most epic road trips, featuring dramatic bluffs, pastel-hued villages and cliff-hugging roads. For a first, we suggest a quintessential road trip starting in the Tuscan region. Fly into Pisa, Siena or Florence and this route offers travellers plenty of time to explore, linger and delve into one of Italy’s most magical regions.

If you land in Florence, drive through the Chianti wine region, towards Strada and Greve into Siena, stop for 2 nights at Borgo Santo Pietro for some of the best farm-to-table Tuscan fayre.

Following a sumptuous breakfast, get started for your trip to the town of film stars and fashionistas, small fishing village Portofino on the Italian Riviera coastline, southeast of Genoa city. Pastel-coloured houses, high-end boutiques and seafood restaurants fringe its Piazzetta, a small cobbled square overlooking the harbour of the Ligurian Sea, which is lined with super-yachts. Where else to stay but the Belmond Hotel Splendido.

A gentle 2 hour drive to Milan to grab some gelato before your flight and you have a taste of La Dolce Vita indeed.

Next time head south to the Amalfi region, arguably Italy’s most scenic stretch of coastline, from excellent highways to narrower winding roads, with increasingly distracting views; or the Sicilian Coast with its dramatic and diverse coastline, powdery white sands and pebbly, windswept shores to the south—the perfect road trip for beach lovers.

Start at the heart of Italy, Tuscany, where the Italian language was created.

Book a single to your first destination, and a single from your last destination. Flights from £60 one way. Book your rental car in advance (Europcar) 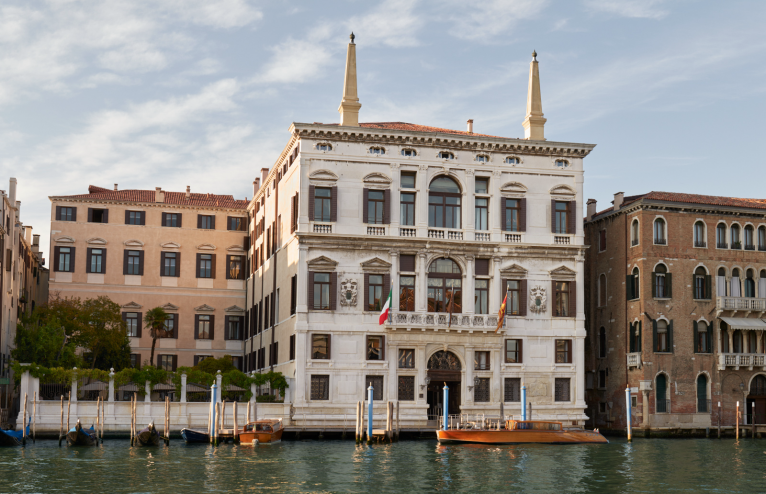