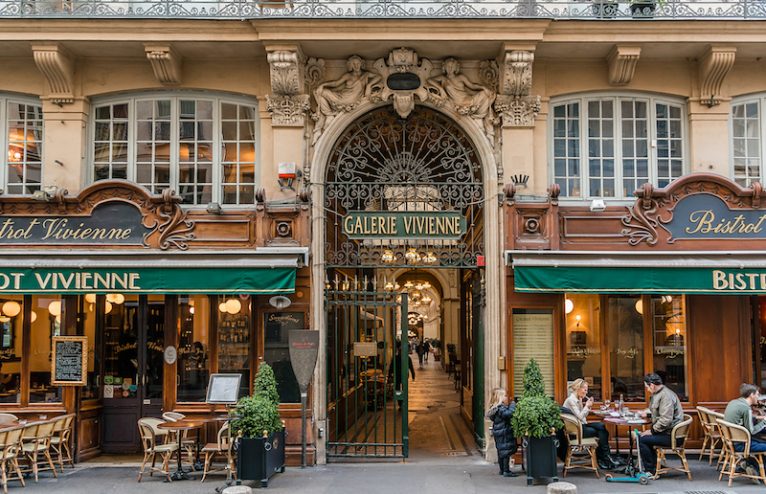 Where To Go Next Month: The September Edit

Summer is not over – not if September has anything to do with it, anyway. It’s the ideal month to escape for a continuation of sunshine and swimwear and pretend that autumn just isn’t happening.

These are the destinations that we recommend snapping up in September. From sea lion spotting to floating suspension bridges, and lobster linguini to le chocolat chaud, here’s where to go next month. In September the party scene – and temperatures – have cooled down a bit, but who needs ouzo and dancing when you’ve still got blazing granite rock, striking white villages and epic beaches to enjoy? Mykonos is like the movie star of the Greek Islands, but September sees less of the hedonistic beach club revelry allowing the scenic side of the island to really shine.

Mykonos has some of the best beaches in Greece where you can relax on pure white sands, or take a dip in some of the clearest waters you’ll find in the Med. Don’t miss out on the seafood that Mykonos has to offer – the lobster linguini at Nammos is legendary.

One of the best ways to explore the island is by quad bike, so don’t forget your driving licence.

The average temperature is still 23°C but you can still expect the odd day or two to hit a balmy 30°C at the start of the month. 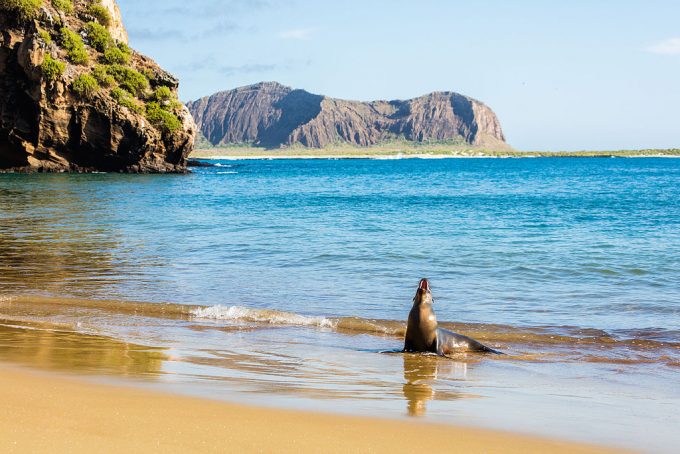 If nature spotting is your thing, head to the Galapagos in September. The unique wildlife of the Galapagos has attracted visitors since Charles Darwin explored in 1835, and while these stunning islands are a popular destination all year round, this is when you might get to see the most lively of wildlife encounters…

September is the nesting season for albatross, blue-footed boobies, cormorants, and other sea birds, as well as mating season for sea lions, Galapagos seals, and frigate birds so tourists get the chance to see their fascinating courtship rituals in the wild. Located about 600 miles off the coast of Ecuador, the archipelago was formed by volcanoes, some of which are still active (but totally safe for tourists).

Decide whether to join a Galapagos cruise or stay on one of the islands and explore via day trips.

One of the driest months in the Galapagos but relatively cool with sunny or overcast skies. Expect air temperature lows of about 19°C. 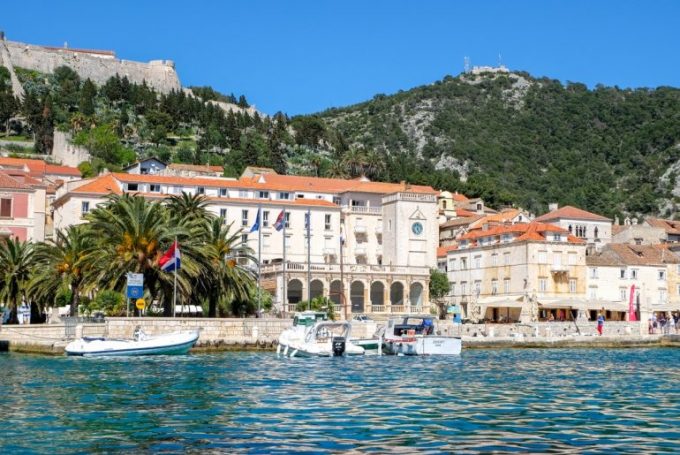 The savviest travellers head to Hvar Island during September when the crowds have dropped along with the hotel prices. That doesn’t mean the action has stopped – the annual Hvar Summer Festival runs right through to September 28th where you can enjoy traditional music from mixed choirs and female vocal groups in historic settings, like the 15th century Franciscan Monastery.

For the ultimate in luxury, check out The Palace Elisabeth, Hvar’s very first five-star hotel, which was once a 13th century Venetian Palace. Located in the heart of Hvar overlooking the main square with waterfront views, it’s a hotel that’s steeped in history and tradition.

Arrive on the ferry from Dubrovnik for a beautiful first view of the island.

Temperatures may have cooled but you can still expect a warm maximum daytime temperature of 25°C. Meanwhile, the sea temperature in and around Hvar sits at 22°C. 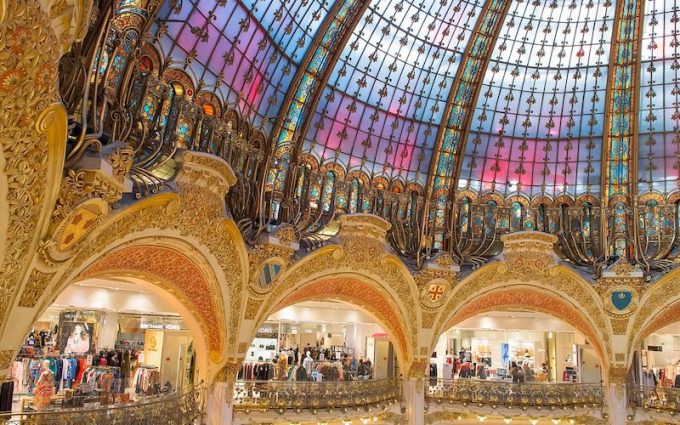 Paris is always a good idea – but especially during Fashion Week when the city comes into its (très chic) own. The City of Lights is packed with fashion editors wearing top-to-toe designer ensembles for the last leg of the fashion month merry-go-round. You’ll find them starting their day with an Instagrammable le chocolat chaud at Angelina.

Maybe you want to take an insider’s guide of Paris with founder of Maje Judith Milgrom?

Do as the fashion set does and explore the less tourist-trodden outer arrondissements where Paris is at peak cool. From the arty venues on the sloping streets of Belleville to the reinvented dive bars of Pigalle, or pretty cobbled streets and boutique hotels in the Marais, there’s more to Paris than the twinkling Eiffel Tower (although that’s pretty cool to see, too).

Beware: the trendiest hotels in Paris get bulk-booked by the fashion editors so book ahead.

The city’s average temperature is around 14°C so start debuting your autumn wardrobe. Daily highs range from 22°C to 19°C across the month so don’t forget the oversized sunglasses, too. 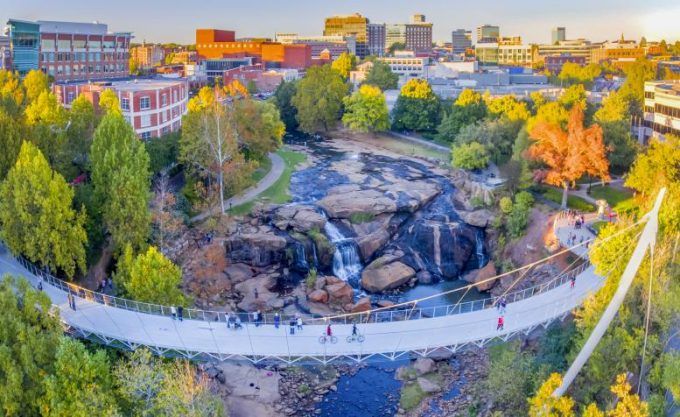 Featuring a one-of-a-kind ‘floating’ suspension bridge and set against the scenic Blue Ridge Mountains, Greenville is a city that merges natural beauty with urban cool. Dubbed one of America’s best downtowns, it boasts a thriving art scene but is also big on annual festivals – September being a busy month on its calendar.

Plan your trip around your passion: September sees Greenville’s Indie Craft Parade, a celebration of handmade art that celebrates its 10th year on the 13th-15th, and just a few days later on the 19th-22nd, it hosts Euphoria, the area’s largest food festival, with more than 100 chefs, cooking demos, tastings, parties, and live musical performances. Go forth and eat.

Cyclists have a major presence in Greenville so consider hiring bikes to get around the city.

September’s average maximum daytime temperature is a warm 27°C but at night it cools to a comfortable 16°C. Expect around seven hours of bright sunshine a day with a few showers. 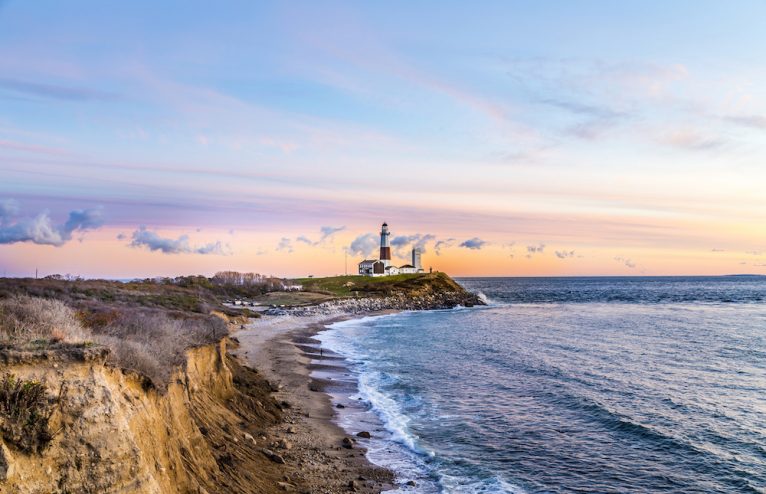