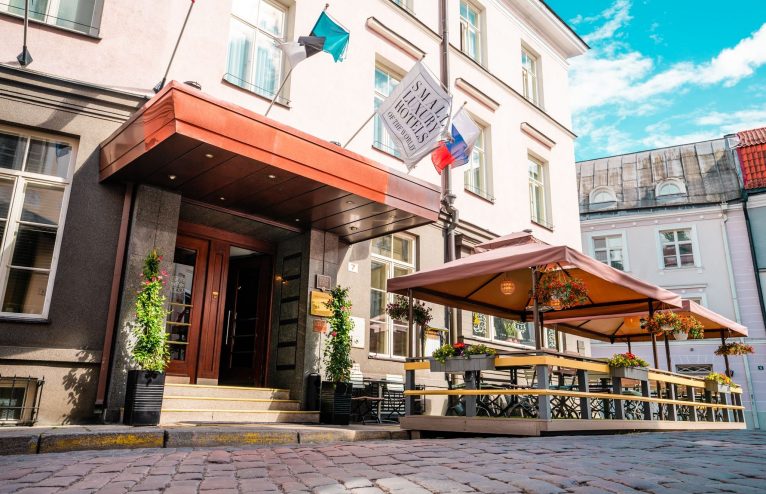 A renowned base for start ups and amongst the world’s top ten digital cities, Tallinn seamlessly merges this progressive attitude with the preservation and celebration of its UNESCO World Heritage medieval centre.

For a sterling example of a flagship building representing this coupling of history and advancement, look no further than the sumptuous St. Petersbourg hotel, located in the picturesque Old Town. Dating back to the 14th Century, it epitomises past and present Estonia. The building received its first face lift in 1850, ensuring entry into Estonia’s history books as the oldest functioning hotel in Tallinn. At inception, it was named the Hotel Rataskaevu, in homage to its street location. The St. Petersbourg hotel pays more than lip service by moniker alone to its Russian links. In June 1940, the Soviet Union began their nigh on a 50 year occupation of Estonia, paused only by the even more brutal interlude of Nazi occupation from 1941 to 1944. A few months after seizing control, the Soviets nationalised the hotel. Many of their government officials were housed there, including former leader of the Soviet Union, Leonid Brezhnev. It wasn’t until 1991 that Estonia was finally able to declare itself independent.

When the hotel underwent extensive renovations in 1999, it renamed itself the St. Petersbourg. British design agency, Andrew Martin, was drafted in to mastermind a further upgrade 15 years later, completing this most recent re-modelling in 2014. With strict guidelines imposed to protect the preservation of the building, the designers explained how they met with the brief:

“Dating back to the 14th century we wanted to keep the building’s historical feel and the town’s theatrical heritage whilst adding quirky features to make it fresh and up-to date. We put modern photographic artwork on the walls, stylised pod chairs hanging on the stairs and a chrome statue of a giant Oscar to greet guests in the entrance hall.”

So successful were these renovations, Hotel St. Petersbourg was awarded entry into the elite Small Luxury Hotels of the World roster. With only 27 bedrooms ensuring the hotel remains truly boutique, the installation of a lift remains prohibited owing to the listed building status. The designers have found a novel way to counteract this issue, by making sure time spent in the hallways and stairways remain as fun as possible. If guests get tired of walking up the stairs, they’re invited to take a seat on the aforementioned Eero Aarnio chairs for a cheeky swing, pick up a snooker cue for a knockabout or curl up in an armchair, perusing a book from the first floor’s library area. 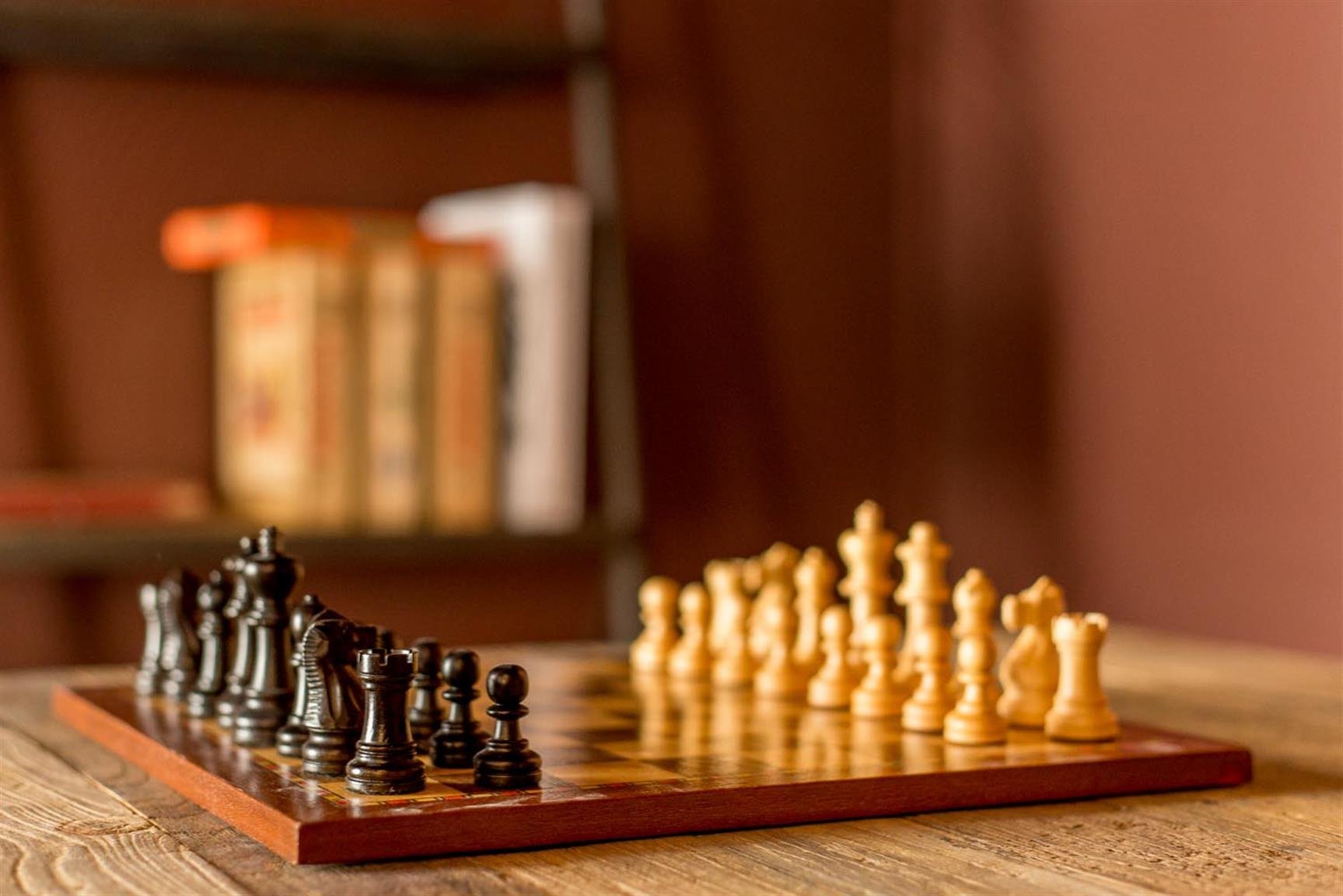 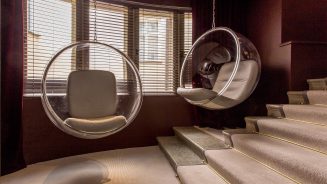 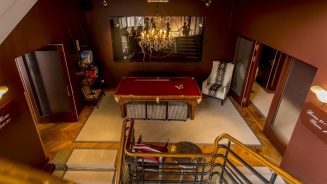 The bedrooms are tastefully designed, adorned with luxurious fabrics and a beautifully detailed marquetry floor running throughout. Andrew Martin’s designers showcase their skills at marrying the styles of the ages, as modern light fittings blend seamlessly with art deco coffee tables, dark wooden desks and Venetian mirrors. There’s a lot of furniture going on here, but they’ve managed to avoid the rooms from looking cluttered. The underfloor bathroom heating is a lovely touch and an an absolute treat during those cold winter months. 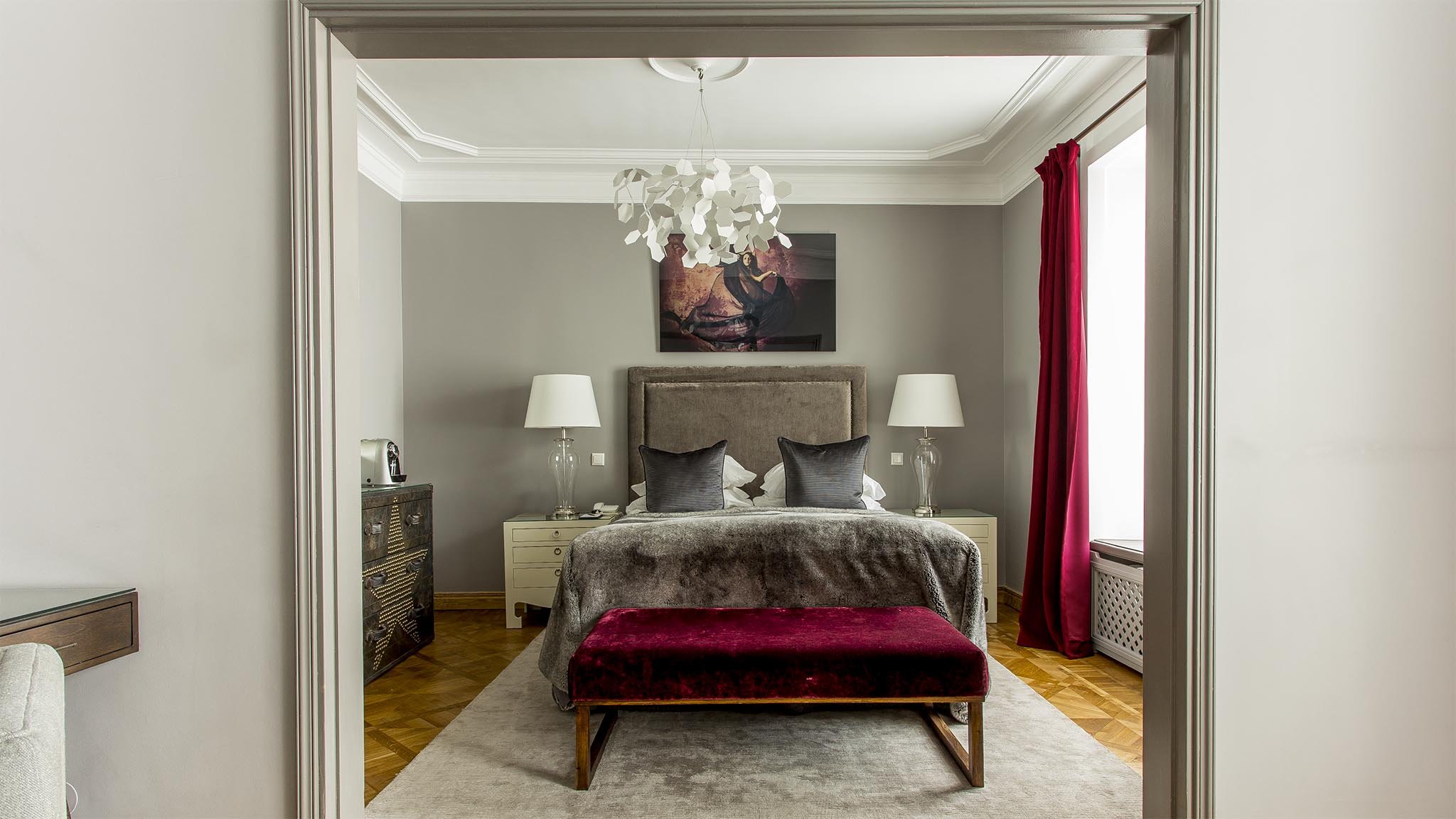 Stopping by the bar of the hotel’s Tabula Rasa restaurant for an aperitif, we then descended the stairs for dinner at Kuldse Notsu Korts, AKA the Golden Piglet Inn. Here modernity gives way to tradition, not only via the décor but also with the typical Estonian cuisine, such as the spectacular fish platter, brimming with salted herring, pickled baltic herring, spiced sprat fillets, roasted sprats, garlic salmon, sour cream and toast; blood sausage with sauerkraut; moose and mushrooms stewed in dark beer; and the house speciality, ‘Golden Piglet’, crispy pork shank, served with strong mustard. 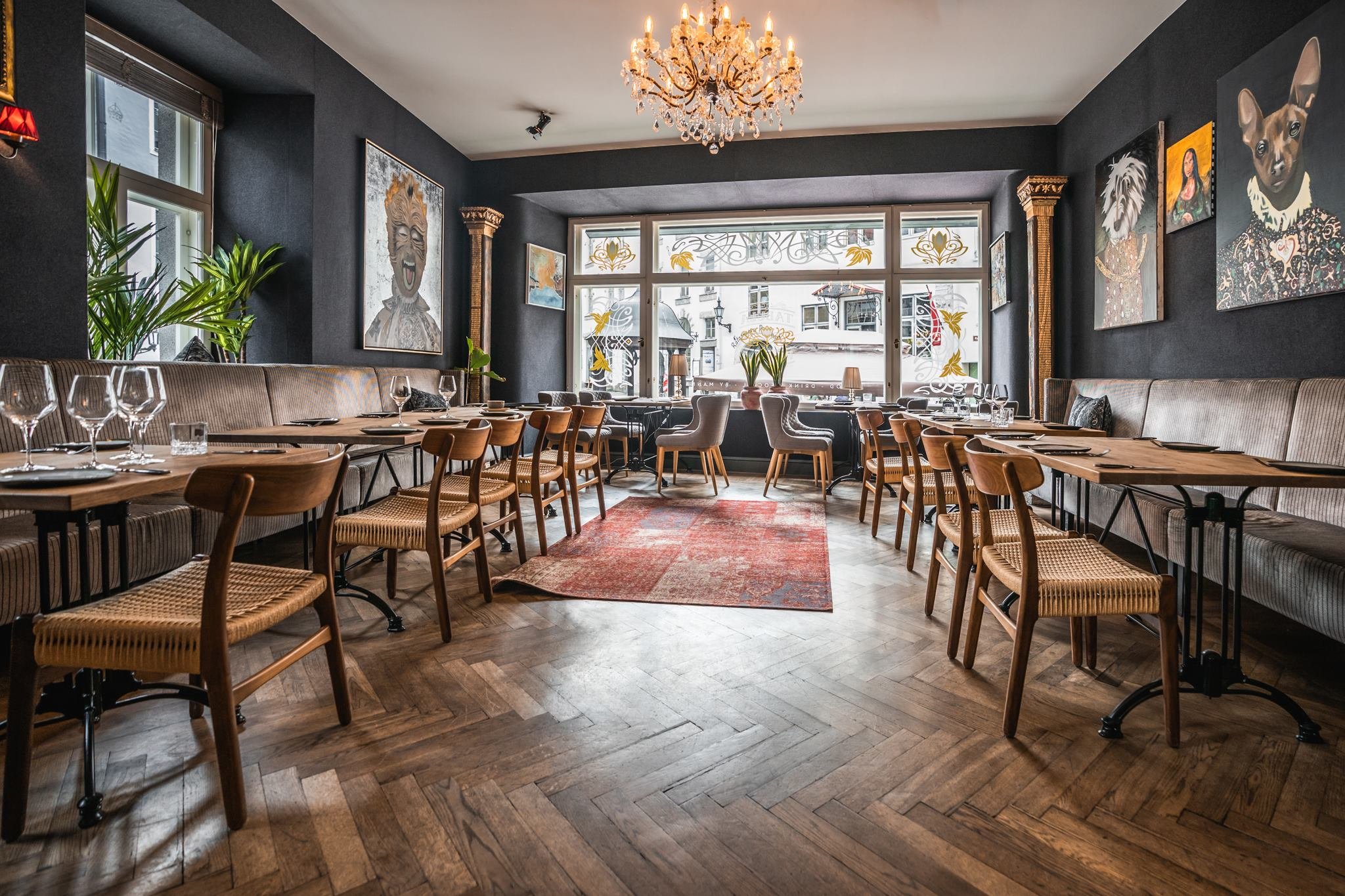 Breakfast is also served in The Golden Piglet and we recommend that hotel guests don’t miss the opportunity to sample this fine example of ye olde Tallinn even if they don’t have time for lunch or dinner. This restaurant, also beloved by locals and tourists, exemplifies what’s so special about Hotel St. Petersbourg and its strength in representing the best of old and new Tallinn.

Hotel St. Petersbourg is a member of Small Luxury Hotels of the World
Rooms start from £117 per night including breakfast. 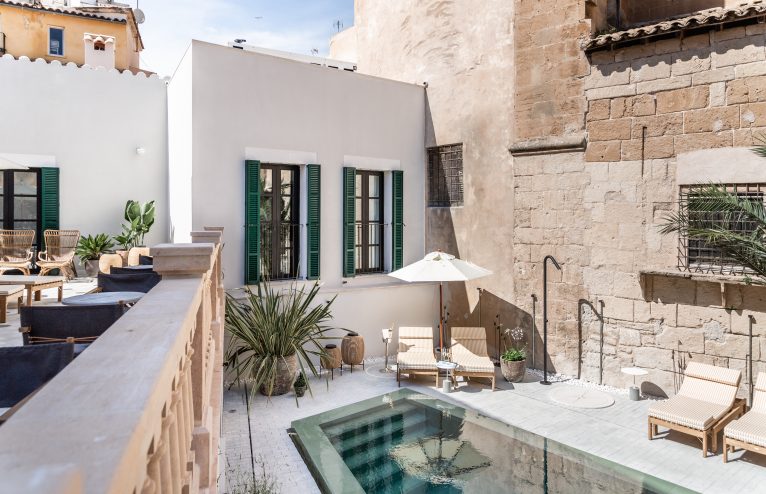