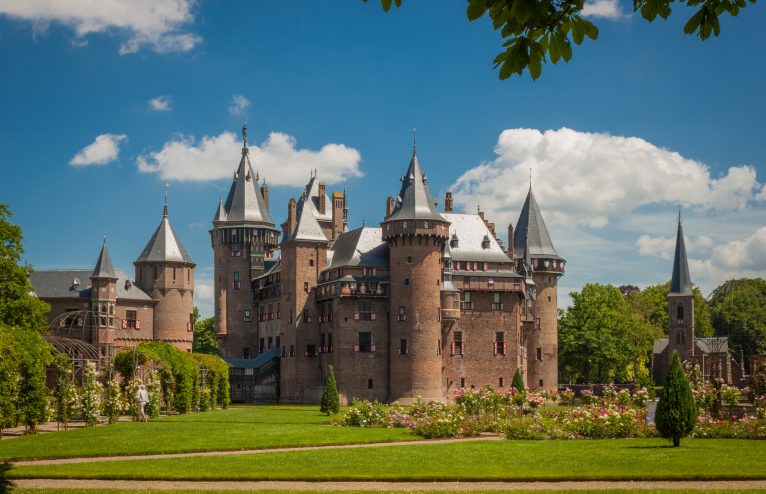 PIN IT
The Magazine

A Guide To The Most Breathtaking Castles in the Netherlands

When you think of setting off to explore historic castles and country estates in mainland Europe, your first thoughts might be of Germany, France or Denmark.

It’s unlikely the Netherlands would spring to mind, because you probably haven’t heard much about their castles and country houses; Amsterdam gets the lion’s share of attention. The country’s luxurious rural highlights have been wrongly overlooked, but not for much longer.

My trip is based in and around Gelderland, a region of the Netherlands with over 100 castles, and the neighbouring Utrecht province. Swapping a cramped flight for something more scenic, I opted for the premium lounge of the DFDS ferry where you indulge in champagne, chocolates and pastel-coloured macarons from Calais or Dunkirk,until you reach your first stop, Gelderland.

Polly Allen is a journalist and marketer specialising in travel, culture and the voluntary sector. Her favourite destinations include Arequipa, Lisbon and Tallinn.

Middachten is a vast country estate owned by the 25th generation of the Middachten family, currently the Count zu Ortenburg, who showed me around the ground and lower floors of the grand house (bedrooms are off limits). The immaculate gardens are open six days a week, so you can wander between the herb garden, the rose garden, huge Lebanese cedar trees and a maze.

Though the grounds are enjoyable, you should plan your trip around a visit to the house, because it really tells the story of the whole estate, and its opening hours are more limited. The castle you see today dates from 1698; though a castle has stood here since 1190, it was damaged, destroyed and rebuilt several times over half a century.

Rooms flow into one another on the ground floor, with no corridors, and a handful of secret doors that just about blend into the flocked wallpaper and wood panelling. Books from the house collection have even been loaned to the more famous Palais Het Loo. Yet the thing you can’t ignore is the amount of paintings on the walls,

“We have a family portrait collection, rather than landscapes,” the Duke tells me, as his chocolate Labrador, Percy, runs underfoot. Every room seems to contain more ancestors, and you can see a likeness between them.

Whilst life upstairs was clearly idyllic, you also get the chance to see the kitchen and laundry room downstairs – as the Duke says, “very Downton Abbey.” The best part is browsing some of the carefully-written menus saved for posterity from decades ago. Food tastes may have moved on, but it’s fascinating to see what was served up, including wild duck, sardine canapés, or apple beignets (deep-fried choux pastry).

If the mention of food whets your appetite, head to manor house turned hotel and restaurant Landgoed Rhederoord, just a few minutes up the road from Middachten, for organic food heaven at the Koetshuis restaurant. Landgoed Rhederoord also gives back to the community, supplying nearby food banks and teaching locals to grow their own vegetables. I tuck into crisp pork belly, followed by veal with seasonal vegetables, and walk away with a bottle of beer brewed on-site. And if you want to make a night of it, there are 22 hotel rooms across the manor and coach house.

Next up, Castle De Haar is the icing on the cake for Instagram-hungry castle hunters. The oldest parts of the building date back to the 14th century, but it fell into disrepair by the late 17th century. In 1887, owner Etienne Gustave Frédéric Baron van Zuylen van Nyevelt van de Haar (yes, that’s his entire name) married Baroness Hélène de Rothschild and the couple had enough money to restore and reimagine the castle.

The site was rebuilt from 1892-1912, in a neo-Gothic style that would have Walt Disney in a frenzy of excitement – all designed by legendary Dutch architect Pierre Cuypers, who also created the Rijksmuseum and the Centraal Station in Amsterdam. Because of the timing of the project, the castle incorporated modern features like electric lighting, hot and cold running water and central heating, which older castles struggled to accommodate. Cuypers’ design also included the family coat of arms, the Rothschild coat of arms, and a single Star of David in a nod to the Baroness’ Jewish heritage.

As you look up at the turrets and bridges from the paths below, there’s no mistaking this is the largest castle in the Netherlands, and its sheer size can also be felt when you cross the threshold. No wonder Brigitte Bardot, one of the castle’s many celebrity guests, rode across the Great Hall on the back of a motorbike – there’s plenty of room here, under an 80ft ceiling and under the gaze of statues and stained-glass figures.

The couple filled their home with items from around the world, including rare Japanese artefacts like an 18th century carriage, adorned with silk-lined wallpaper.

It was frequented by the likes of Coco Chanel and Georges Pompidou, who headed there for summer escapes. Roger Moore and Michael Caine rode bicycles around the grounds; Gregory Peck quietly watched films; anyone who was anyone, including Billy Wilder, Liza Minelli, Michael Caine and Sophia Loren, checked in from 1945-1985. This was a place they could all relax, away from the paparazzi. Each guest was asked for their favourite colour and favourite flower, so a bouquet could be prepared for their arrival. Though the villagers nearby knew about the famous guests, nobody bothered them. For the young Baronesses, granddaughters of Hélène and Etienne, celebrity guests were part of the furniture – during one mid-dinner food fight, they recall a stray piece of bread landing in Sophia Loren’s cleavage.

Some of the gardens are modelled on Versailles; there’s also a deer park, and a rose garden with over 75 different rose species. Some 7,000 trees were imported to create the vision you see today. Though most of us might consider ourselves green-fingered for keeping a few succulents alive, it’s clear we have a lot to learn.

Castle De Haar is just a few kilometres from Utrecht, so you can also combine a country escape with a city break to take in the likes of the Mondriaanhuis, a museum dedicated to artist Piet Mondrian, or visit the Stadhuis district for the best independent shops.

Finally, it’s time for some rest and relaxation at Groot Warnsborn, a 14th century estate that stretches across some 750 hectares of countryside. The estate’s main building has 40 individually designed bedrooms, each with a combination of stylish features such as a rolltop bath, a hidden bed, or a balcony overlooking the lake and the forest; mine is a Prestige Room. Bathrooms come with Fairtrade toiletries lined up beside a vast marble sink. Downstairs in a private dining area of the restaurant, I’m served four courses of inventive food, including venison sausages for the main course and a matcha tea dessert edged with tiny dollops of liquorice, white chocolate, and a tangy rhubarb mousse.

My visit coincides with a poignant anniversary of a former guest. Anne Frank stayed here with her father in September 1941, and sent a postcard from Groot Warnsborn to her grandmother in Switzerland; one month later, Jews were banned from staying in hotels. The morning I check out from the hotel, Anne would have celebrated her 90th birthday. It’s a stark reminder that we should take nothing for granted – not merely the privilege of travel, but our freedom and rights.

Gelderland and Utrecht have been a revelation. Visit now to take in these landscapes and historic buildings with stories to tell.

For more information, take a look at Visit Holland and DFDS. 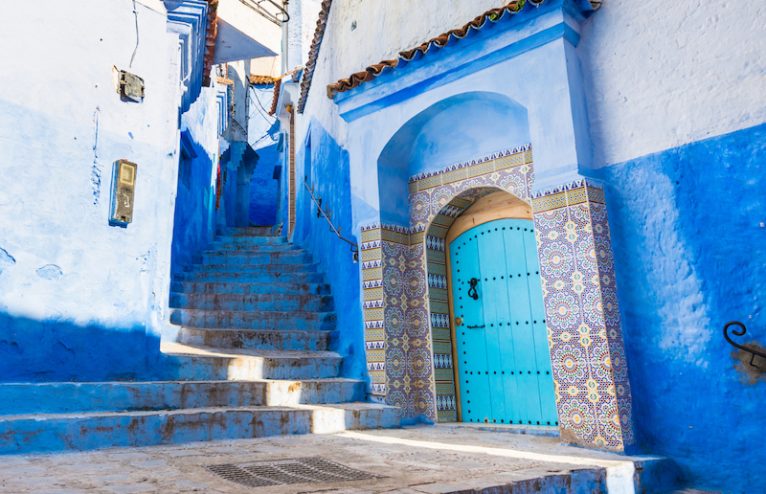