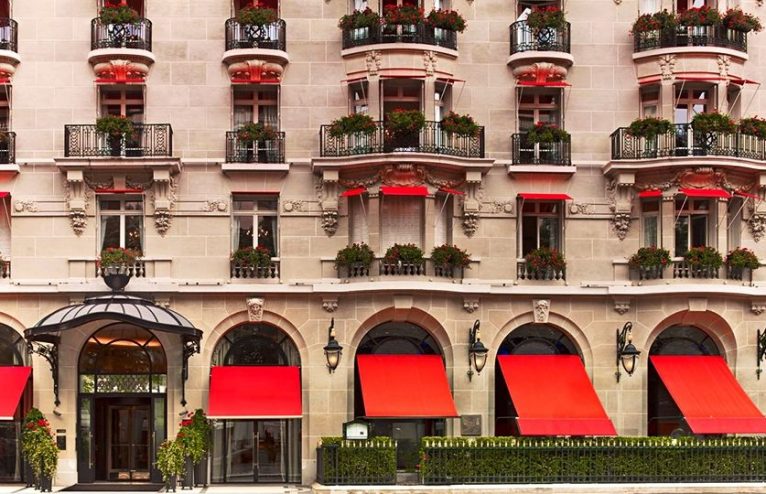 Hot Hotels: Where the Style Set Stay During Fashion Month

Forget the runways, some of the most stylish scenes you’ll see during Fashion Month are at the reception desk of the city’s chicest hotels.

Spanning over a month in New York, London, Milan or Paris, the fashion set take time out from the shows in style. That means Instagrammable bathrooms, XL walk-in wardrobes and a fashion-themed cocktail list to get them through the catwalk marathon.

These are the hotels that the fashion editors, influencers, models and buyers check in to every season. Be warned: if it’s February or September you might just need to dress up to blend in.

Rival the Vogue editors with a stylish suitcase. Here’s what to pack for fashion month’s most-visited hotels. 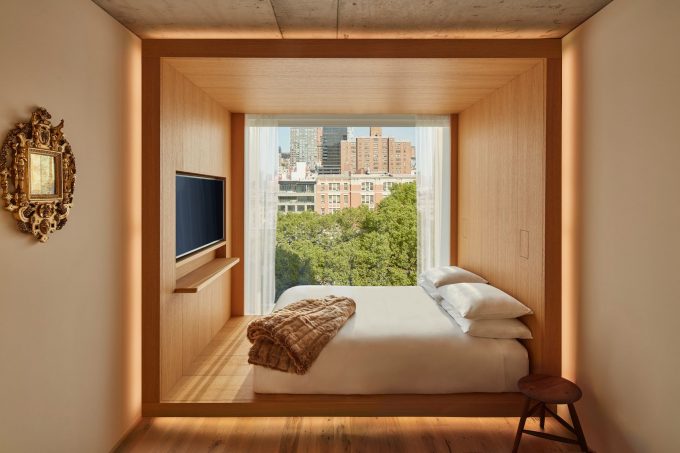 Ian Schrager’s much hyped Public Hotel opened late 2017 but it still has that buzz around fashion seasons. One for the minimalist street style stars, the bedrooms have a slick aesthetic with cement, blonde wood accents, and floor-to-ceiling windows that bounce light off the walls (all the better for those outfit selfies). This 367-room hotel is located in Manhattan’s Lower East Side so the fashion set is super-close to NYC’s top bars, restaurants and major fashion week venues. For post-show downtime? Check out the rooftop bar for some of the best views of downtown. 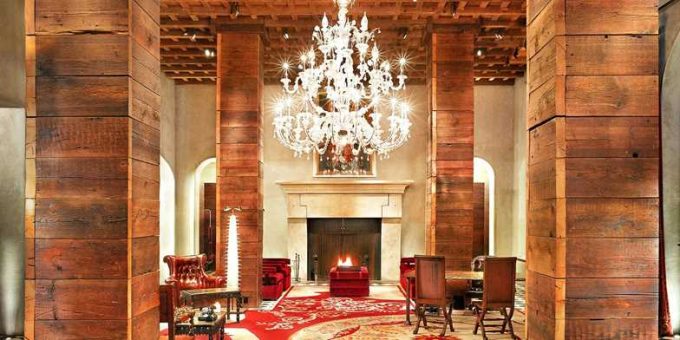 It’s been home to Fashion Week after parties, high-profile launch Events and intimate music showcases for years. A natural destination for fashonistas flocking into town, Gramercy Park Hotel walk amongst art-lined hallways featuring paintings by artists such as Andy Warhol and Damien Hirst. For a truly indulgent Fashion Week experience, take advantage of the hotel’s Fashion Week specials with private jet airfare, a chauffeured car, and VIP tickets to fashion week’s hottest shows. And the best bit? The rooftop for the several parties that cannot be missed.

Have a look at our full listof London recommendations

Forget modernity, iconic tradition is where it’s at for London Fashion Week. Coco Chanel stayed here in 1924 (they still have the original guest card to prove it) and it’s just as chic today following a major £100million revamp. Situated close to the LFW hub action so you don’t have to walk very far in heels, The Savoy is the only luxury hotel you’ll find on the River Thames. The Savoy’s grand ballroom even transforms to catwalk venue for the occasional Fashion Week runway – no surprise to hear Christian Dior held a fashion show at the hotel during the 1950s.

See, we told you it was iconic. 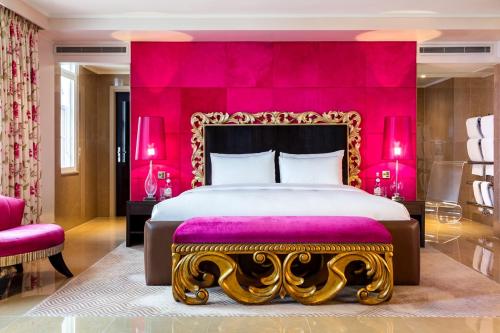 London: The May Fair

Want Mayfair glamour? This hotel is the long-running official hotel partner of London Fashion Week so it’s where you’re most likely to see the buzz of pre-show fashion brunches and post-show cocktail parties taking place – aka people/fashion watching central. Editoral style royalty including Carine Roitfeld, Scott Schumann and Kate Lanphear have stayed in its glamorous suites. If you want bold colour to match/clash with your outfit, check out the signature Schiaparelli room, which is unashamedly fuchsia pink. 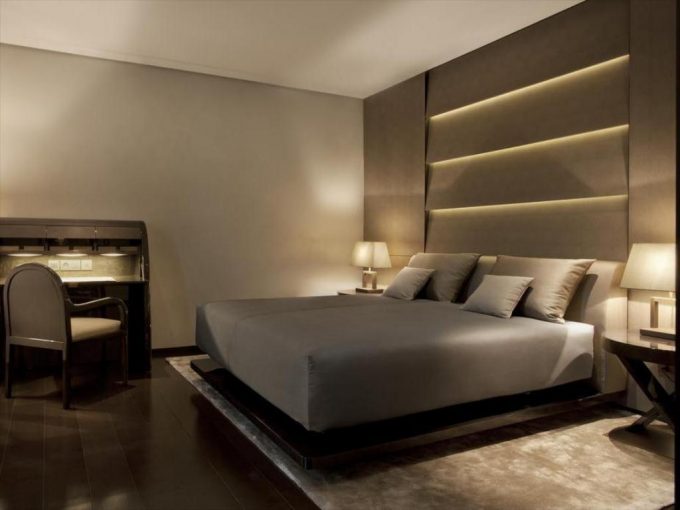 Anyone and everybody with tickets for Armani S/S20 show will probably be staying (unsurprisingly) at the uber-chic Armani Hotel Milano. An extension of the Giorgio Armani brand, it’s more dark and moody than light and feminine with signature designer touches throughout the hotel. Expect the most luxurious bathroom amenities you’ve ever seen (leave room in your suitcase) and a chill-out spa on the top floor where the style set go to catch up on their show notes in peace. It’s also conveniently located at Quadrilatero della Moda, aka Milan’s world famous fashion district. 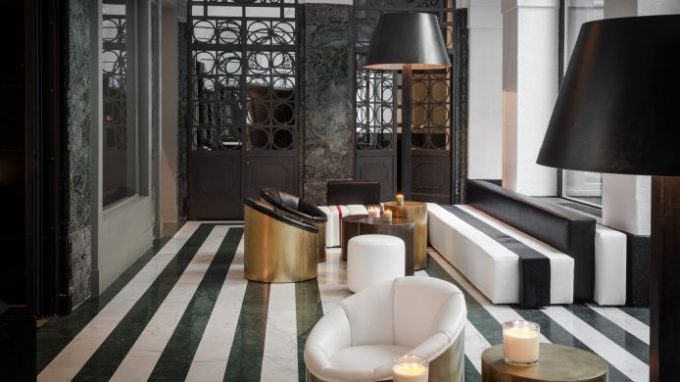 Adorned in black, white and gold, these stylish interiors are sure to fit the style of any fashionista setting off to Milan Fashion Week.  Not only is the Senato Hotel Milano one of the most glamorous places to stay in Milan, but it is also host to many Milan Fashion Week events. Enjoy an impressive breakfast spread before heading out to the day’s shows, and soak in large Carrara marble bathtubs with Tonatto Profumi amenities when you get home. For aperitivo, enjoy a glass of Franciacorta on the very fashionable patio. 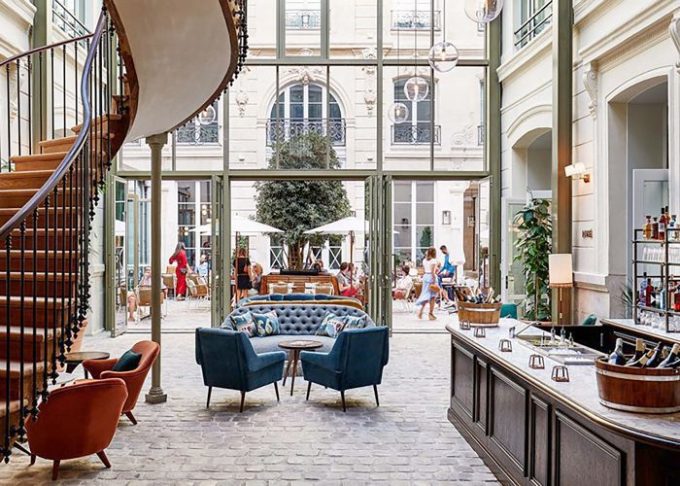 Cool but boutique-y, The Hoxton is where all the cool kids, influencers and models of Paris Fashion Week eat their pre-show coffee and croissants. It’s where you’ll see the next label to know about rather than obvious designers. Centrally located in Paris’ 2nd arrondissement, the grand staircases (see the Lobby) and jewel-toned velvet upholstery (head to Jacques’ Bar) make this the perfect hangout for fashion types. Hang out in the lobby and you’re sure to see an impromptu photo shoot. 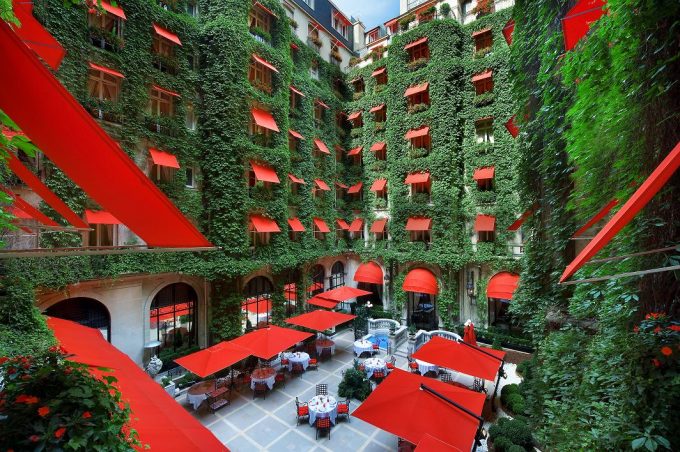 The check-in for fashion goers that identify red as their colour and grandeur as their thing. Hôtel Plaza Athénée has been an iconic hangout for PFW-goers for years thanks to its position on the prestigious avenue Montaigne, the tree-lined boulevard of French fashion. The leafy courtyard, signature red awnings and 1,900 red geraniums adorning the hotel façade make for the ultimate outfit backdrops. For fashion editors that want shows and tourist hotspots, the hotel gets a view of the Eiffel Tower at one end, and the Champs-Elysées at the other. 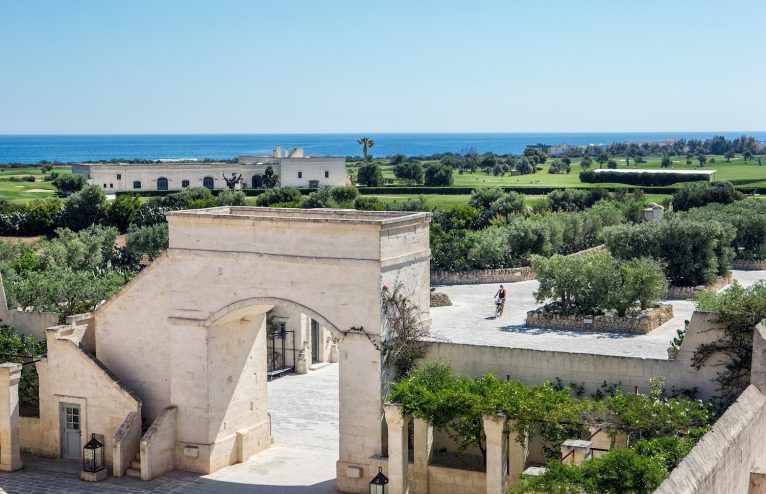 Hot Hotels: 5 Hotels You Need To Stay At In Puglia

Hot Hotels: 6 Super-Spas Worth Flying To