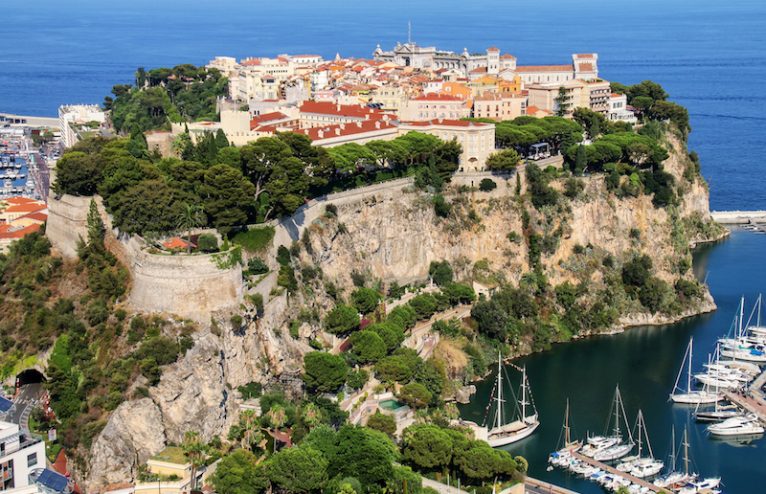 Monaco: Green is the New Glam

Monaco? Glam it most certainly is. But green is not the first word one thinks of with Monaco’s fast cars, fancy yachts, home of the Formula One Monaco Grand Prix and jet-set lifestyle. But this is all set to change, as Monaco pledges to become one of the most sustainable tourism destinations.

Under the surface of this fizzing, champagne-popping Principality lies a hive of creative activity and ideas that are designed to meet stringent green targets and create a sustainable environment that protects the inherent beauty of this spectacular section of the French Riviera.

Proof that sustainable can be très chic. Impress in Monaco with these eco-friendly pieces in your suitcase curated by Fashion Editor Lisa Haynes.

Several targets have been put in place to achieve their goals, including the pinnacle by cutting greenhouse gas emissions before 2030 by 50% compared with 1990 levels and of achieving total carbon neutrality by 2050. Here are 3 of our favourites:

The Oceanographic Museum of Monaco has recently opened a state-of-the-art rescue centre to care for and rehabilitate sea turtles. Accessible from the aquarium, this new open-air installation takes visitors on a fabulous voyage of sea turtles, from their life cycle to the dangers that threaten their existence, from their unique nesting habits to the actions being taken to preserve them.

The centre, in coordination with other local turtle conservation organisations, works to ensure the health and safety of turtles in the seas surrounding Monaco and educate local people on how to spot an injured turtle.

Monaco’s largest events venue, the Grimaldi Forum, is installing photovoltaic panels on its rooftop this year in a move that will make it the leading provider of green energy in the Principality. 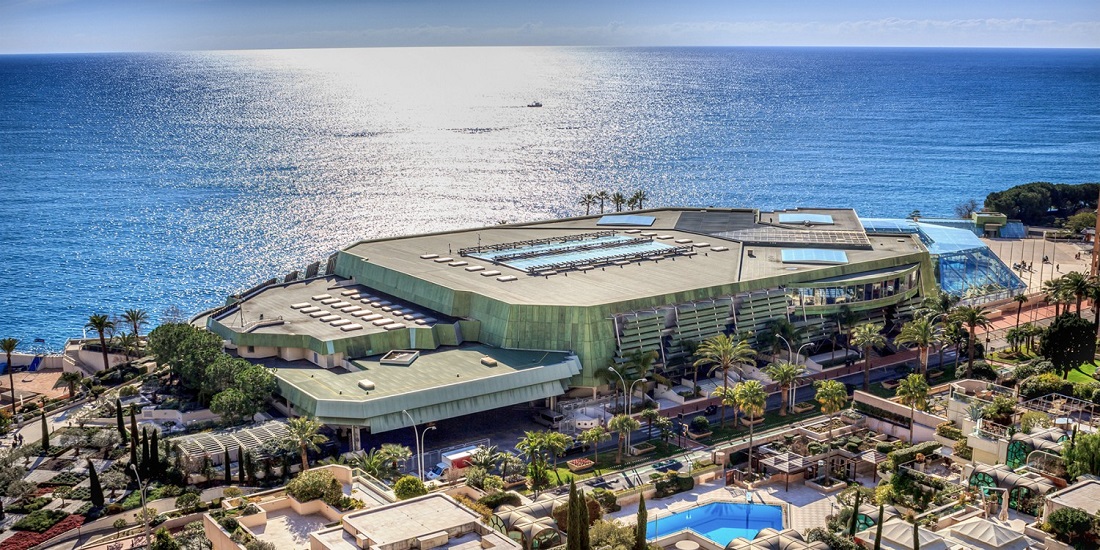 The 2500 square metre solar power plant, created in partnership with Monegasque Electricity and Gas Company (SMEG), will be the largest in terms of size and power in Monaco, producing some 6000 Mwh annually, which is as much electricity as consumed by 130 homes. This is one of a number of sustainable initiatives at Grimaldi Forum, which has been ISO 140001 certified since its creation.

Residents and visitors alike can now make use of Monaco’s brand-new e-bike sharing system to get around. Launched in July by PBSC Urban Solutions, MonaBike replaces the old bike-share system with the BOOST e-bike, which has been specially selected for its renowned pedal-assist technology that will transport riders with ease as they traverse the Principality’s hilly terrain.

With the total rollout slated at 300 BOOST e-bikes and 35 smart charging stations, the bike-share network will be expanded to encompass the entirety of Monaco. A mobile app, with real-time mapping of stations and bike rental features, makes it easy for riders to locate and rent the nearest available e-bike.

It doesn’t stop here. All of Visit Monaco’s Tourism partners and establishments within the Municipality are committed to this change.

Both the Monte-Carlo Beach and Monte-Carlo Bay hotels have earned Green Globe certifications in recognition of their efforts towards sustainability, while in 2017 Hotel Metropole Monte-Carlo funded and organised the reforestation of a nearby hillside after it suffered from severe forest fires. Through the Metropole’s ‘my very own tree’ programme, hotel guests may sponsor the acquisition of new trees in the area.

With 386,000 trips made daily within the 2.02km-squared principality, new transportation options have made it easier for citizens and tourists alike to reduce their carbon footprint. 17 bike stations, a solar powered bus boat and a dozen hybrid buses are available, while two Tesla-compatible charging stations mean that eco-conscious travellers can still experience the thrill of Monaco’s iconic roads and hairpin bends in style.

L’Orangerie founder Philip Culazzo sought permission from the government to gather the unwanted fruit, and created the city’s first fully-Monegasque liqueur. The oranges are already 100 per cent organic and pesticide-free, and taste great with a splash of Prosecco and an orange zest.

Chef Paolo Sari of Elsa, a 100 per cent organic Michelin-starred restaurant, has an exclusive partnership with Eric Rinaldi, the last working fisherman in Monaco. Rinaldi belongs to a multigenerational family of expert fishermen, whose wives ran the famous fish stand at the historic Condamine market for decades. The chef designs his menu around Rinaldi’s daily catches, with an additional bonus of a zero carbon footprint for transport.

Former tennis pro and model Jessica Sbaraglia turned micro-farmer has cultivated 1,600 square metres of vegetable and fruit gardens, Terre de Monaco, the first of its kind in almost 300 years. In the world’s most densely populated mini-state, she found opportunity in kitchen gardens, and her her first successful urban farm bloomed with the support of crowdfunding and reigning monarch Prince Albert II himself, a 30 square metre plot in the prince’s own Fondation.

Her second, and biggest potage, or garden, to date sits on a low roof in the midst of the lush Monte-Carlo Bay Hotel & Resort, an elevated 400 square metre plot that supplies the Michelin-starred Blue Bay restaurant with pink radish, heirloom tomatoes, kale, edible flowers and so on. 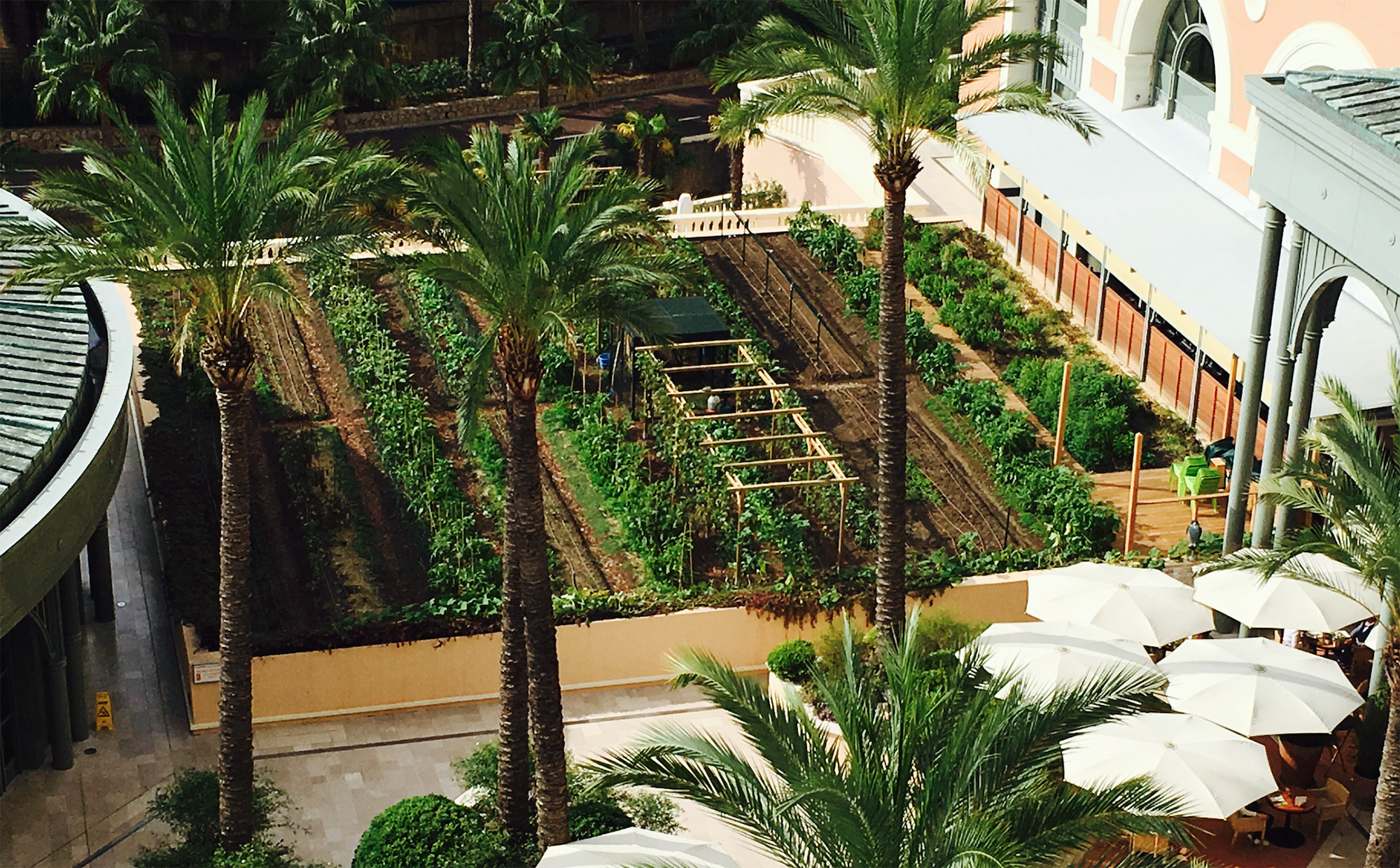 An apiary of 10 beehives in the Odeon Tower, a space-age luxury skyscraper, as well as a brood of 30 chickens, provide honey and eggs for the residents. The chickens are fed green waste collected from the residence’s Odeon Cafe by Cipriani, in service of what Sbaraglia refers to as circuit farming, a sort of closed loop agricultural practice that encourages little to zero wastage.

Having produced almost five tonnes of fruits and vegetables since establishing Terre de Monaco in 2016, Sbaraglia has trained her sights on neighbouring Nice, where six rooftops near the Cote d’Azur Airport will be developed into thriving green spaces

And when it comes to the The Grand Prix, they also have the ePrix – a biennial automobile race of the Formula E championship (that is, a race featuring only electric-powered cars). 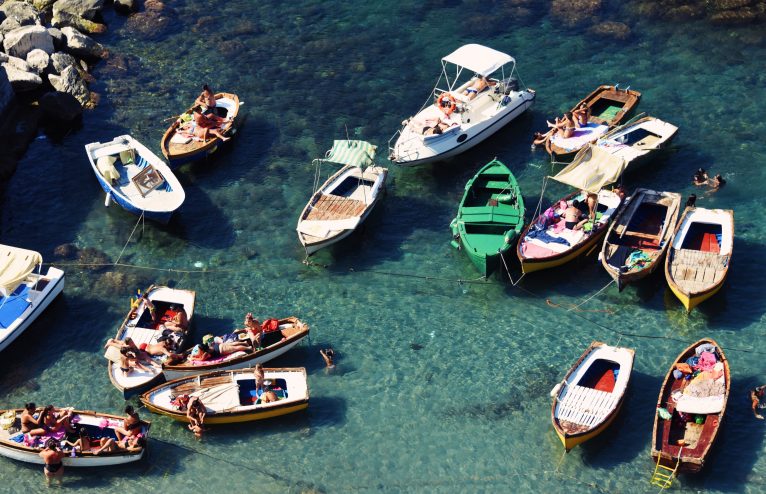 The European Destinations The CF Team Can’t Wait to Revisit

Where To Go Every Month Of The Year

The Best UK Hotels For A Babymoon

Will 2021 Be The Year Of The Workcation?