Is Costa Rica The Most Sustainable Destination?

Costa Rica – it’s the tropical wonderland of your wildest dreams, the kind of destination that’ll make you want to leave the concrete jungle long behind and live the bikini life forevermore.

But this teeny little Central American nation bursting with biodiversity is more than a sweet little escape featuring sloth spotting and surfing.

Alongside its paradise beaches and Jurassic Park rainforests, it’s got some major eco-credentials to brag about. Get an inspiring taste of them and this  Eco-Paradise will almost certainly change the way you travel.

Wondering how Costa Rica became an eco-leader? It wasn’t overnight. Back in the 1940s, the country was indeed the lush utopia you’d imagine it to be. More than 75% of the land was covered in virgin rainforest that housed a staggering 5% of the world’s biodiversity. Pretty impressive for a nation whose landmass only accounts for 0.03% of the world’s total. But as the country began to develop… surprise surprise, the first thing to take a hit was the nature.

By 1987, following decades of deforestation, only 21% of the country was still beautifully jungled, with the rest of the real-life palm-print turned into pasture land. But, by the early 90s, waking up to the mistake they’d made, Costa Rica quickly turned their policies around and began to promote conservation, embarking on a huge reforestation drive, establishing tens of national parks and officially opening their doors to ecotourism. Fast forward to today and with 2020 around the corner, Costa Rica is on track to become the world’s very first carbon-neutral nation.

Sure, being carbon-neutral is great, but what will really change how you travel is the “eco-energy” of the place. As you’re hopping around Costa Rica on your adventures, you won’t need to be immersed in nature to feel the green spirit – it’s pervasive. You’ll feel it in the supermarkets that are impressively anti-plastic. You’ll taste it when you’re sipping a cocktail made from all-local ingredients through a bamboo straw. You’ll see it in the solar panels, the street signs and just about anywhere you explore. Living green and living responsibly is the only respectable way of life here.

Listen to our October podcast: Passport To... Sustainable Travel

Of course, visit the national parks and the sloth sanctuaries, chat to your nature guides about their conservation success stories and stay at an eco-lodge or two. Your eyes will be opened to a style of travel that doesn’t have to cost the earth – even if you’re all about luxury.

The one thing you’ll take away from Costa Rica is that travel, whatever your budget, is in the experience, the immersion, the sense of place and the authenticity. In fact, find yourself sitting in the traditional, characterless lap of luxury with marble bathrooms, mini toiletries and the likes, and you’ll feel it’s all very out of place, if a little offensive. Post Costa Rica, any travel at all that isn’t respectful of the surroundings and any hospitality that’s heartless just won’t make sense.

The Costa Rican summer runs from December through April. If you’re looking to escape the cold and the rain these are your months. If you’d rather your rainforests with a little rain (don’t worry, it’s all very romantic and won’t stop you adventuring), visit during Green Season which runs from May through November. You’ll enjoy cheaper international airfares and some great hotel deals too.

Looking for travel inspiration? Inspire Me provides your weekly wanderlust.

Being so small, you can cover a lot of ground even on a relatively short vacation. Spend as little time as possible in the capital city, San José, and head straight to the Pacific coast.

In the north, check out Santa Teresa, dubbed the next Tulum, and surf-chic Nosara. A little further south, hit the jet-setter favourite Uvita, and the Osa Peninsula if you’re in search of some real raw nature. As for the Caribbean coast, don’t miss the colourful beach town of Puerto Viejo.

How to Get Around

Hop around by propeller plane with the carbon-neutral Sansa Airlines. Domestic flights to and from the capital city are all under an hour long, with most being shorter than 30 mins. While road tripping around Costa Rica is definitely scenic, flying will save you valuable vacation time and *hours* of bumpy roads.

How to Stay Green

Staying green means staying small and staying local. And in Costa Rica, sustainable can definitely be sexy. Go off the beaten path. Find those sustainable hotels and those eco-lodges that pride themselves on their responsible operations. Avoid the big tourism clusters like Guanacaste and Manuel Antonio, and steer clear of those gringo-magnet chain hotels. As for our favourite eco-chic stays, don’t miss the minimalist masterpiece that is Kurà in Uvita, the hot celeb-hangout Harmony Hotel in Nosara, or the arts boutique hotel Aguas Claras on the Caribbean coast. 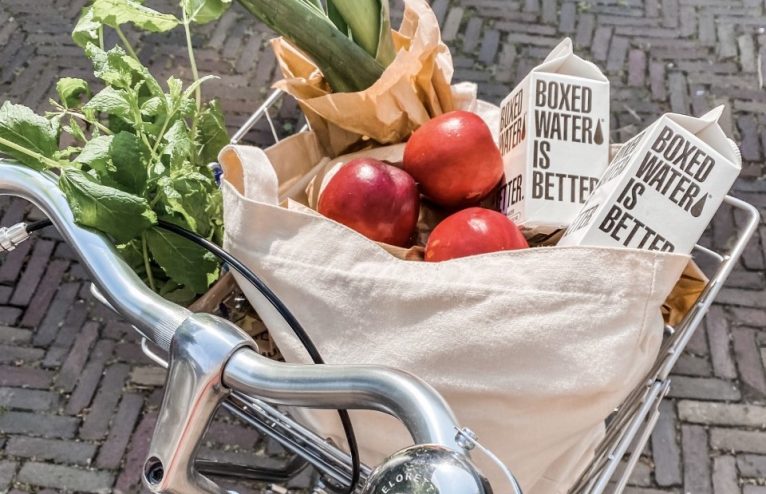