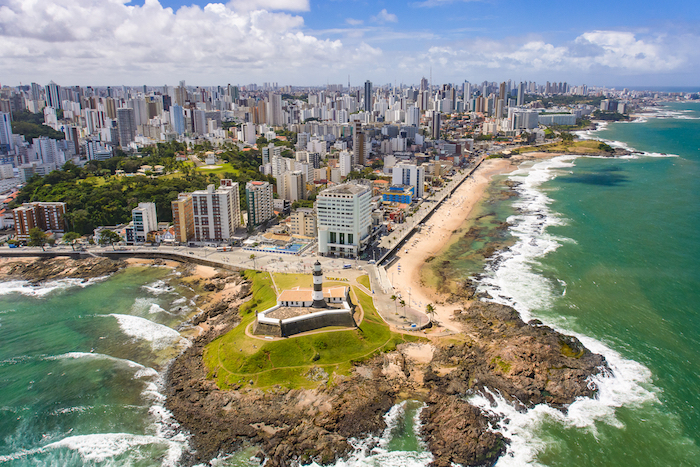 5 Reasons Salvador Bahia Should Be On Your Travel List

Salvador is referred to “terra da felicide”, “the land of happiness” by locals and they’re not wrong. A general convivial energy does seem to surround the place and its people. And thanks to a new Mayor and major efforts by the local tourism folks, Salvador Bahia is having a renaissance.

With any city boom comes an increase in tourism (not to mention the fact that Brazil has recently eased up its visa requirements for visiting tourists). LATAM Airlines responded with a direct flight from Miami. Here’s why travellers are flocking to this colourful and unpretentious city filled with art, culture and incredible food.

The third largest city in Brazil and the capital of the state of Bahia also has the largest Afro-Brazilian population in all of Brazil. As the first slave market in the “New World,” the UNESCO heritage site may have a somewhat gloomy past but that has been transformed into a vibrant and beautiful melding of culture, food, art, dance and more. In fact, outside the actual content of Africa, this is the only other destination in the world where you can experience the African culture in such a profound and all-encompassing way.

Start your journey back in time on the cobblestone streets of the old town. The Pelourinho neighbourhood is filled with brightly coloured edifices, Afro-Brazilian street art, and adorable touristy shops for local wares. Pop into the Museum of Gastronomy of Bahia to learn more about the area’s fusion cuisine or pay one of the baianas dressed in traditional garb to take a photo with you.
The historic area’s main plaza Terreiro de Jesus boasts two stunning churches, Church and Convent of Saint Francis whose stunning courtyard features classic blue and white Portuguese tile art and the Baroque-style Cathedral of Salvador, founded by Jesuits. While you’re there, take in a folkloric slave dance performance incorporating dances like capoeira and samba, by the Balé Folclòrico da Bahia at Teatro Miguel Santana.

Nowhere on the planet, outside of the African content itself, is as rich in African culture as Salvador. The blending of African and Brazilian traditions is seen through the area’s art, music, dance food as more.

For a taste of it, head to Dada in the old part of town. The owner has had her eponymous restaurant for over 27 years and servers up classic Bahian fare like Acaraje-black eyed pea fritters filled with okra, tomato salad, and mini shrimp-Moqueca, a savoury fish stew usually made with salt water fish, tomatoes, onions, garlic and coriander. Make sure to wash it all down with Umbu Juice, made from a local citrusy, sweet and sour fruit that is beyond refreshing.

Stroll through the Mercado for touristy trinkets and then pop into Camafeu De Oxossi cafe for sunset views, a Caipiroska and Queijo Coalho—salty cheese served with fresh sugarcane molasses.

For more impressive culinary delights, hop in an Uber for 15 minutes and head to Casa de Teresa in the Rio Vermelho neighbourhood of Salvador. There you’ll find a delightfully decorated, rustic restaurant serving modern takes on traditional dishes. Feast on whole fried fish and Feijoada, a rich and salty meat and bean stew.

The Fasano hotel and restaurant brand is among the most luxurious and exclusive in South America. Madonna, Beyoncé and the Beckhams have all stayed. So when the luxe hoteliers recently transformed an old building in the centre of Salvador, people paid attention.

Made up of 70 ultra-chic rooms, there is also a stunning rooftop pool and relaxing spa. Housed in a former newspaper headquarters, the redesign left much of the original architecture and historic charm in tact. The best part, it’s affordable for luxury at this level.

Salvador has its own version of carnival which lasts for 10 days, where over a million people descend upon the streets in celebration. 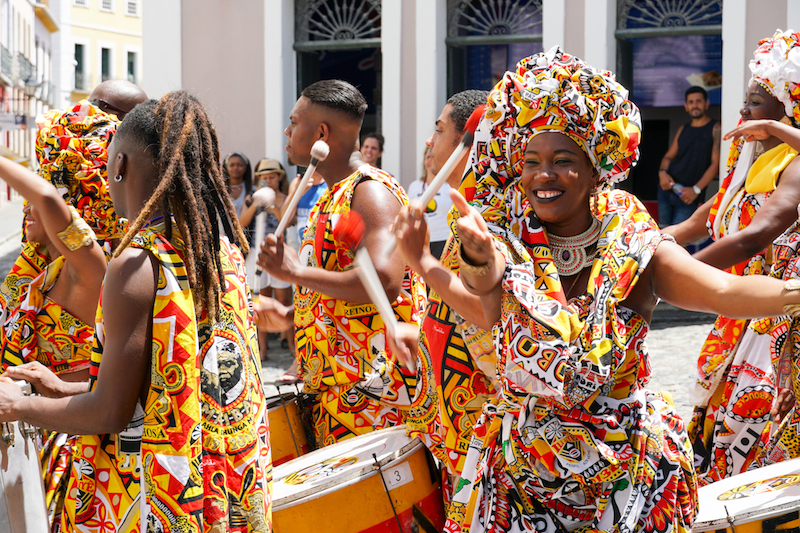 If you don’t make it to the actual celebration, explore the city’s Casa do Carnaval da Bahia museum and learn about Bahia’s incredible Carnaval history. After your tour, head upstairs, throw on a festive costume and enjoy an interactive dance lesson and explore the colourful history of the decades old celebration.

While this area has no shortage of pristine waterfront experiences, for something that’s the perfect mix of laid back and luxurious, journey to the coastal neighbourhood, Stella Maris, and visit Barraca do Lôro, an ultra-chill, multi-level beach club and restaurant on the sand. Rent an umbrella and chairs for a nominal price—which you get back if you purchase food. 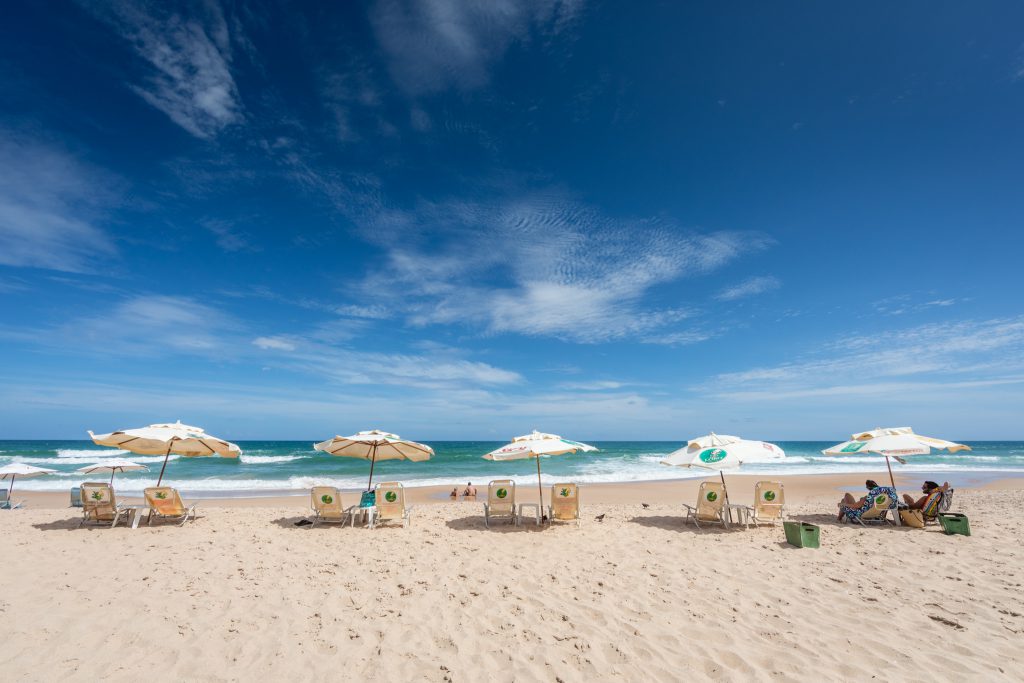 Order the whole fried red fish (which serves about 4 people) and wash it down with a Caipirinha de Caju e Limão, made with fresh cashew fruit juice. There’s even a surf school on property to take advantage of.

The historic Santa Maria fortress in the Barra part of town now serves as a stunning spot to take in the sunset and offers views of the beach where locals are having fun in the sun. It also has a stunning photography museum on its second floor, Espaço Pierre Verger de Fotografía Baiana which is well worth a visit.

Make your way down the block to Forte São Diogo, another fortress in the waterfront area which also houses a magnificent museum. Stay for sunset, have a signature ginger cocktail and catch a glimpse of the colourful public art show (projected right onto the fortress walls) at Mirante Bar & Bistro, adjacent to the fortress itself.