For hundreds of years our favourite writers have shared their gift of transporting us around the globe with their words, enabling us to envisage some of the most romantic locations in literature purely through prose.

From the frozen romanticism of Russia in Dr. Zhivago to the fairy-lit canals of Amsterdam in The Fault in Our Stars, the sweeping serenity of Pride & Prejudice’s Peak District or the Yorkshire wilds of Wuthering Heights, it was a task to narrow down our favourites to just six. Read on for some of what we think might just be the most beautiful, most romantic locations in literature… 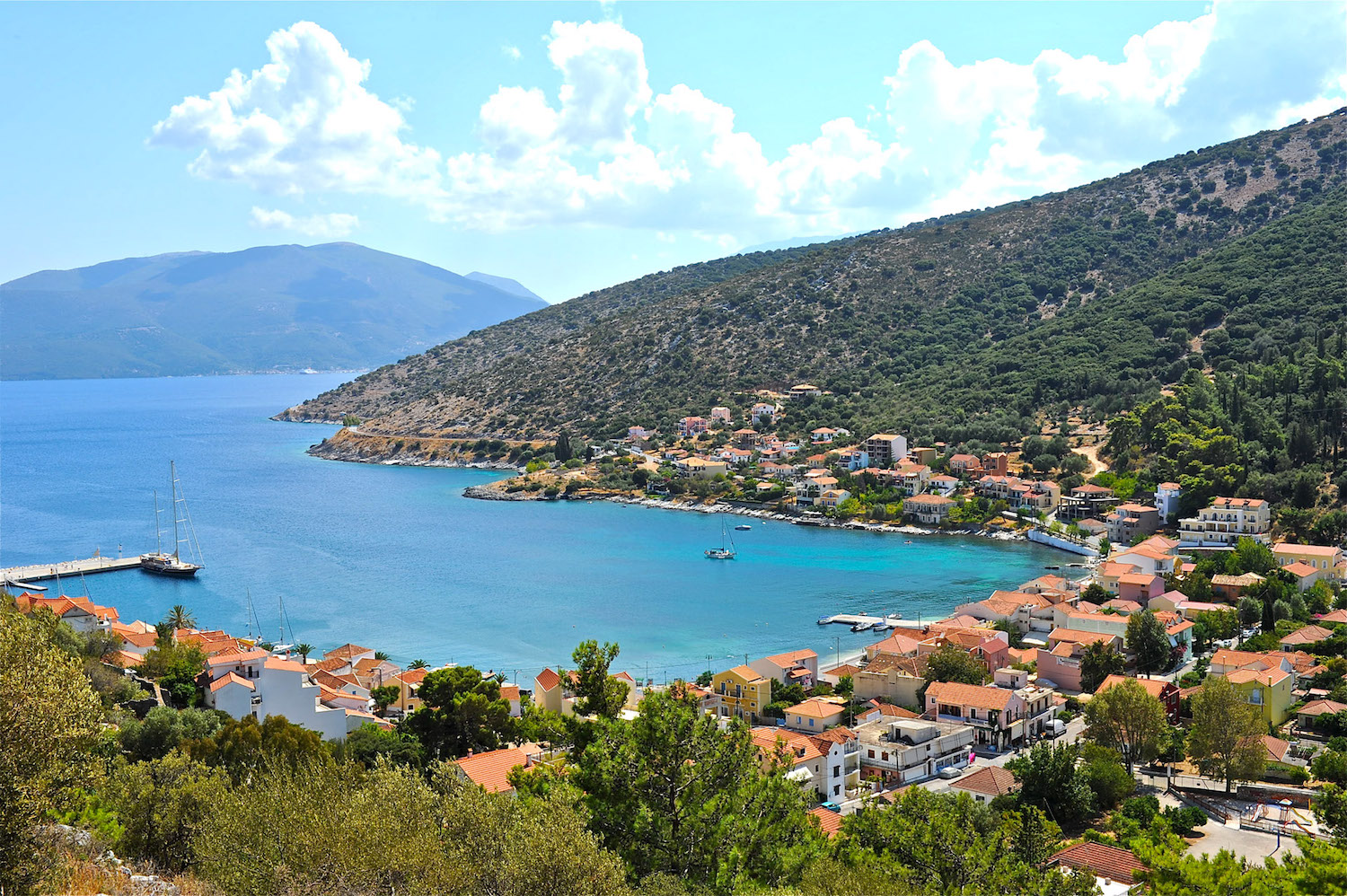 “Love itself is what is left over when being in love has burned away, and this is both an art and a fortunate accident. Your mother and I had it, we had roots that grew towards each other underground, and when all the pretty blossom had fallen from our branches we found that we were one tree and not two. But sometimes the petals fall away and the roots have not entwined.” 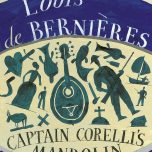 The Louis de Bernières classic has set many a heart alight since its publication in 1994. Set amid the sun-bleached villages of Kefalonia in the depths of World War Two, it’s the love story of young Italian officer Antonio Corelli and Pellagia, the local doctor’s daughter. The 2001 Nicholas Cage and Penelope Cruz film left us all craving the romance of the Greek island, and while nearly twenty years later it’s inevitably changed, it will still take your breath away.

A gem in the Ionian sea, its green mountains covered in pine, cypress and olive trees are fringed with crystal clear waters perfect for snorkelling. The capital Argostoli has plenty to entertain, but head out to the island’s fringes and you’ll be rewarded by picturesque villages like Assos, a tiny, tranquil fishing village with its pretty coloured houses nestled into the craggy hillside and its typical harbour dotted with fishing boats.

For a romantic bolthole, check in to the Cavos Inn, with its cosy rooms with private balconies or patios offering views across vine terraces or right into the waves. Run by Vasso and her husband Vassilis, it’s an exquisite setting with a breakfast terrace offering sweeping views. 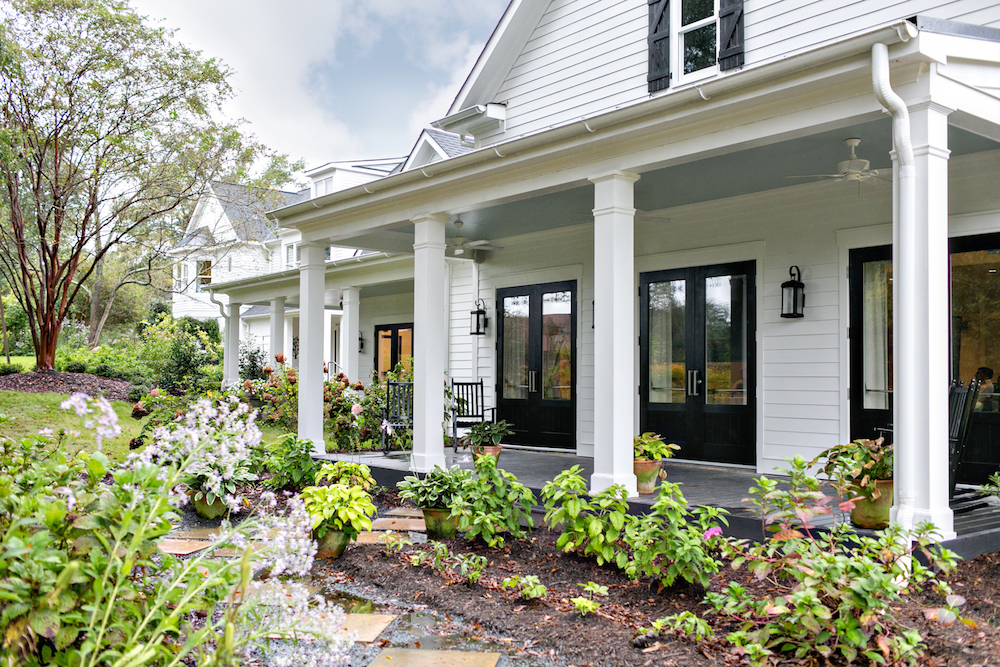 Georgia Gone With The Wind

“You should be kissed, and often, and by someone that knows how.” 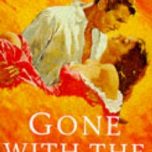 Few can deny that Margaret Mitchell’s 1,000 page epic is among the most iconic love stories in history; who could forget the tumultuous relationship between our heroine Scarlett O’Hara and her devilishly dashing Captain Rhett Butler? Atlanta is the backdrop of this tragic tome, with the iconic 1938 film a visual feast of plantation houses and sweeping cotton fields.

Atlanta itself is as buzzing as many of its counterparts, but we recommend following in Mitchell’s footsteps with a self-drive Gone With The Wind trail. Starting in Marietta, through Atlanta and ending in Jonesboro, it takes in sights including the Marietta Gone With The Wind Museum, Margaret Mitchell House, Oakland Cemetery and the Road to Tara Museum. Pay a visit to the Stately Oaks Plantation; the Greek Revival home, built in 1839 has been perfectly preserved and a tour of the grounds is just the ticket for embracing your inner Scarlett.

Escape the city to The Inn at Serenbe, a retreat nestled in the rolling countryside near to the airport and surrounded by 1,000 acres of forest, wildflower meadows, trails, waterfalls and undisturbed nature. Built in 1905, the inn is home to 27 guest rooms as well as a pool, hot tub and cabana, should you need to unwind after a day of running through fields.

Rooms start from $279 per night 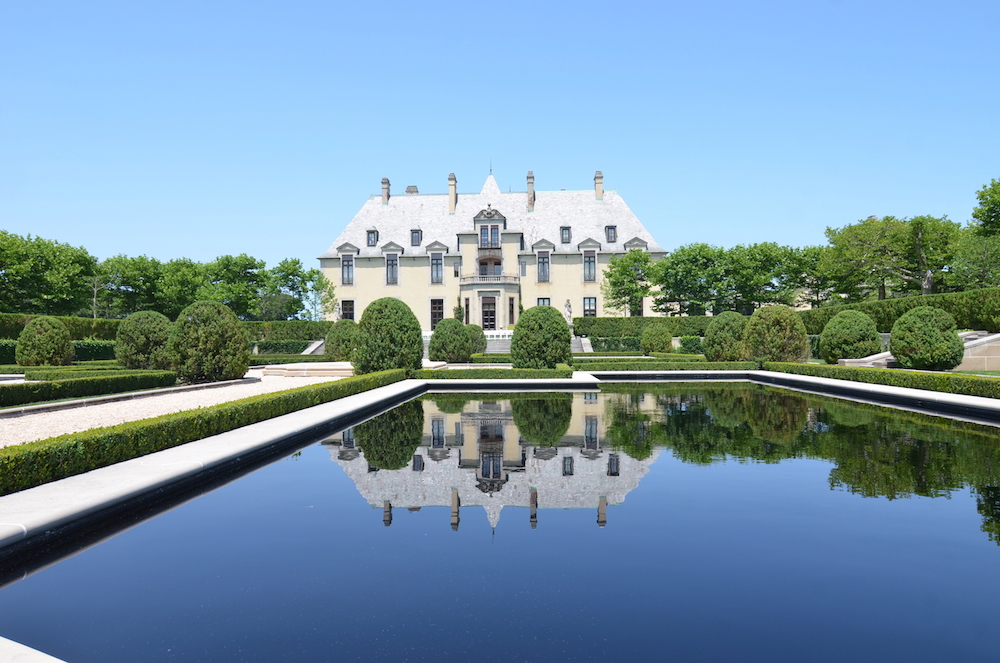 “There I was, way off my ambitions, getting deeper in love every minute, and all of a sudden I didn’t care.” 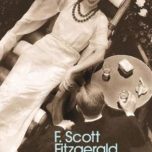 Whether you’re in the camp of thinking that Jay Gatsby’s lifelong obsession with Daisy Buchanan is the pinnacle of romance or just plain unsettling, The Great Gatsby, with its jazz age excess and soulful flamboyance, will always be a favourite.

Set largely on Long Island, those wanting to follow in Gatsby’s footsteps can check in to Oheka Castle, part of the real life inspiration for his mansion. The romantic location, with its stunning views over the area, is surrounded by impeccable grounds. It’s the second largest private home in America with each of its 32 rooms is uniquely decorated in charming style. If seeing how the other half live is up your avenue, Oheka also offers a ‘Gold Coast Mansions “Gatsby” package (from $895), taking in other mansions including the Vanderbilt Museum, Old Westbury Gardens and Mill Neck Manor.

The wineries of Long Island are not to be missed. Family-owned Bedell Cellars creates hand-crafted wines combining refined techniques with sustainable farming and an intimate, picturesque tasting room, while Sparkling Pointe is dedicated to the production of fizz. Elsewhere, Montauk is the one for long, windswept walks on its stunning beaches and cosying up in one of its seafood restaurants. Book a room at Marram Montauk; the only oceanfront, barefoot luxury boutique respites in the heart of Montauk, nestled within rolling sand dunes overlooking the wild Atlantic coastline, its rooms are designed for lying in a luxuriating under the covers. 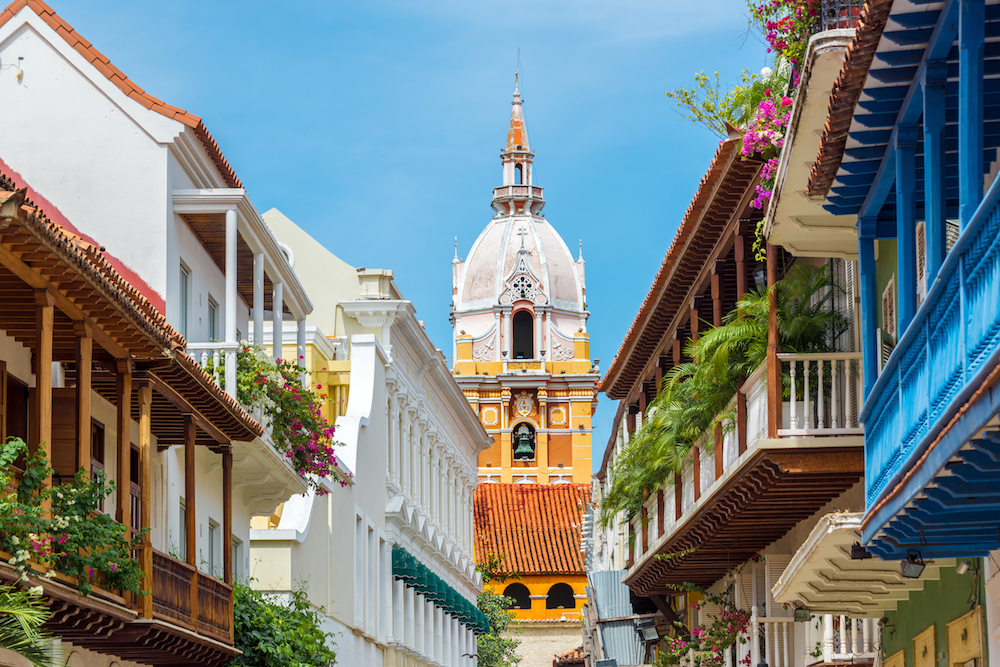 Cartagena Love in the Time of Cholera

“The only regret I will have in dying is if it is not for love.” The sun-drenched streets of Cartagena are the stage for Gabriel Garcia Marquez’s tale of unrequited love that finally blossoms after half a century in the shadows. The city is awash with romance, from the passionate colour palette of its colonial buildings in its myriad squares that come alive at night, to the horse-drawn carriages trotting around the city after dark. Head to the district of Getsemani for its colourful streets draped in bunting, bistros spilling out on to the pavement, live salsa in the streets and the Cafe Havana jazz club, a time-warp to a bygone era, where you can dance til dawn.

Specialists in tailor-made travel in Latin America, Last Frontiers offer a half day excursion discovering some of Marquez’s favourite places and sampling delicious dishes found on a traditional Colombian menu. For a taste of the past, the boutique Hotel Alfiz (rooms from £103) in Cartagena’s historic district us a former 17th-century house with a Marquez library, featuring hundreds of his books in multiple languages, and with just eight rooms it’s a cosy haven away from the bustling streets.

Townhouse’s rooms are individually decorated by local artists, while its rooftop bar is the one of the city’s hottest spots for cocktails and tapas, before cooling off in its plunge pool. A 30 minute boat ride away you’ll find Blue Apple Beach, an exclusive beach club and hotel hidden away on the southern shore of Tierra Bomba island. Inspired by a combination of local Colombian vibrancy and the old-world chic of classic beach clubs, life at Blue Apple is about escaping to enjoy lazy days and nights in a Caribbean island paradise. 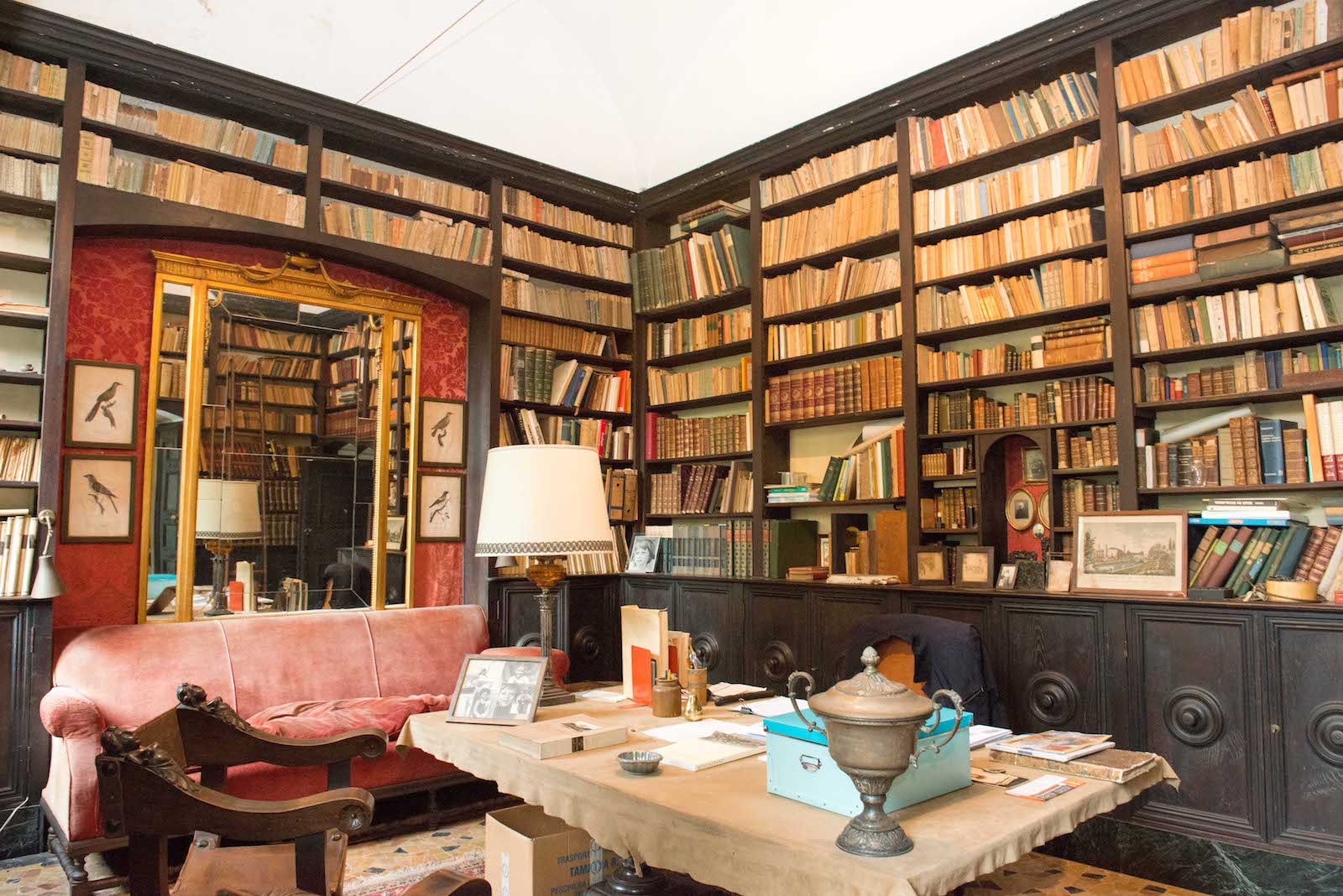 Liguria Call Me By Your Name

“If I could have him like this in my dreams every night of my life, I’d stake my entire life on dreams and be done with the rest.” 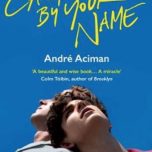 The world became heavily invested in the summer romance between Elio and Oliver after the 2017 film, so beautifully portrayed by Timothée Chalamet and Armie Hammer that 2019’s follow up novel Find Me might have been amongst the hotly-anticipated novels in years. While we shan’t reveal it’s finale, those lusting after recreating the couple’s heady romance might find it in Liguria.

This is a region of impressive mountains, rolling hills and postcard perfect towns perched along its picturesque coastline. Steer away from the much-trodden route of the Cinque Terre and head to Bordighera, the setting for the movie; close to the French border its best known for its old town and exotic gardens. If your pockets are particularly deep, the villa used in the film is on the market with House & Loft for a cool €1.7m. The 17th century Vendita Villa Moscazzano is surrounded by two hectares of greenery and film fans will instantly recognise the cosy library and original fireplaces.

For a more short-term accommodation, Villa Rosmarino offers all the romance without the investment. The Genovese villa, built in 1907, was renovated after lying abandoned for 30 years, with the owner Mario keeping original elements of the building , including the traditional decoration of the facade, whilst updating the interiors. With just six rooms it will never feel crowded; pick up a book from the library and spend your days lounging by the outdoor pool.

Rooms from €270 per night via Welcome Beyond. 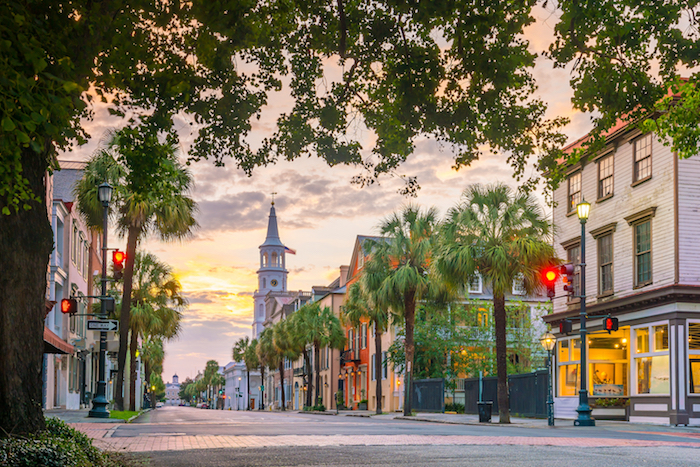 “I love you. I am who I am because of you. You are every reason, every hope, and every dream I’ve ever had, and no matter what happens to us in the future, everyday we are together is the greatest day of my life. I will always be yours. ” 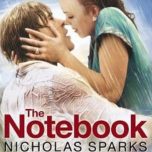 It might be cheesy, but The Notebook gets us right in the feels every time. Noah building Allie’s dream house and waiting for her to return to him and finish their story is the stuff great romances are made of, and don’t get us started on their heartbreaking end. With the launch of BA’s direct flights to Charleston last year, Notebook country is within easier reach than ever and the perfect location for discovering your own Southern love affair.

This is a city of old-fashioned romance; secret cobbled alleyways, moonlit carriage rides, tiny galleries and some of the best food in the south. It’s perfectly possible to while away your days strolling through its picturesque streets and soaking up its charming atmosphere. Book a room at the Planters Inn (rooms from $229) in the heart of Charleston’s historic district. Part of Relais & Chateaux, it oozes Southern style, with a majestic four poster bed in each room and a beguiling hidden courtyard restaurant.

Head out of the city to the Magnolia Plantation, 30 minutes from downtown Charleston and its beautiful gardens and swamps teeming with alligators. The historic town of Bluffton to watch wild dolphins and take a boat trip out to historic Daufuskie Island; without a bridge to the mainland and only a few paved roads, it’s steeped in a simpler time with white sand beaches, ancient oaks, Spanish moss and historical landmarks all lend a rural, “back-in-time” feel. 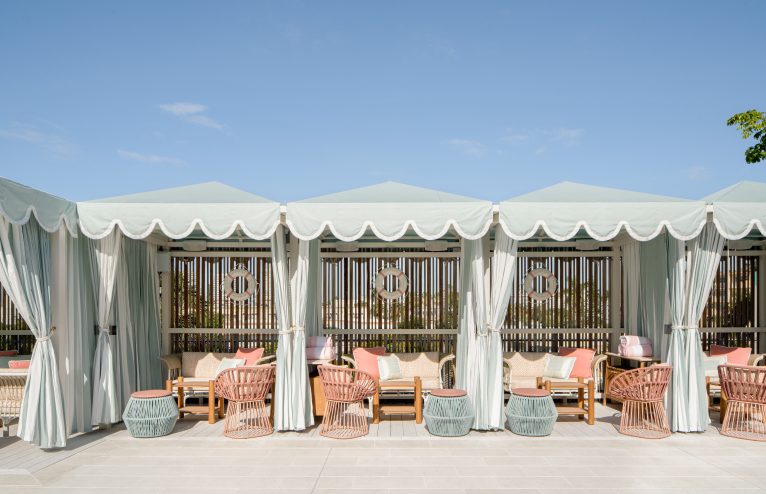