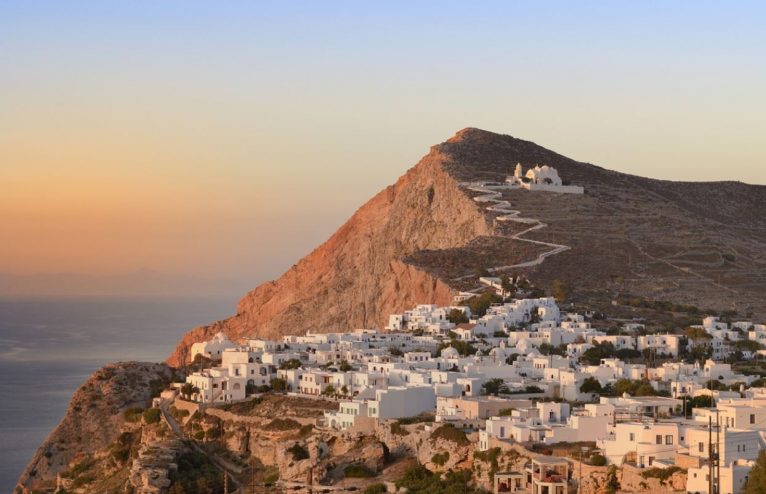 Granted there aren’t many positive things to say about our current circumstances, but since the world went into mass isolation nature seems to have pressed reset.

Dolphins are skimming Sardinian coastlines, Venetian canals are boasting crystalline waters for the first time in sixty years and China’s pollution levels have dramatically decreased, all since we became housebound. It seems like lack of human intervention is just what Mother Nature ordered.

But it’s unlikely that these spots will escape the return of tourist activity once the travel ban eventually lifts, meaning the renewed threat to flora and fauna. So how can we ensure we’re being kind to the environment while still ticking off some bucket-list adventures?

Well, these alternative, ethical and sustainable getaways are a great place to start. 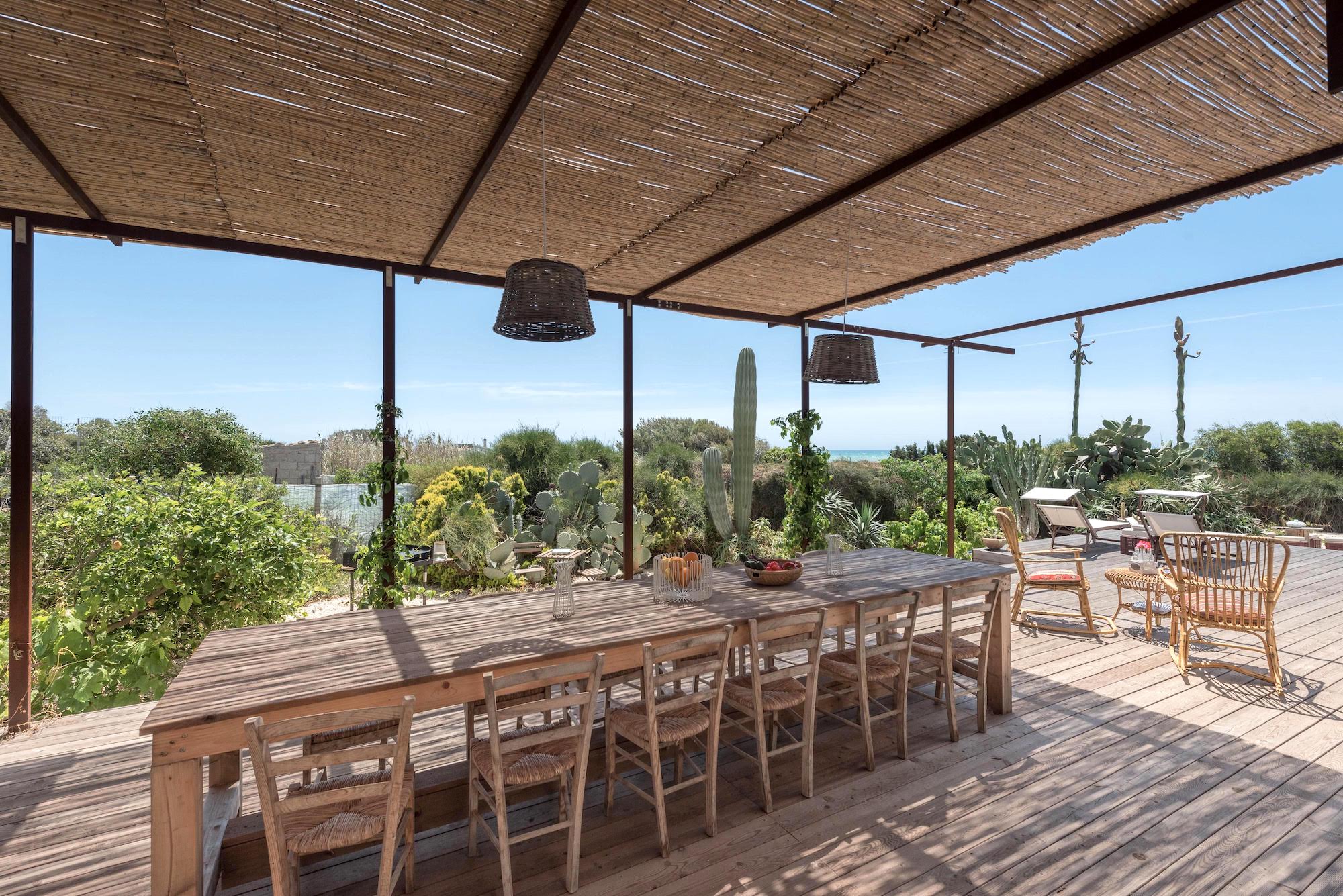 Beach it up (sustainably) in Sicily

Picture this: lockdown is a distant memory, you’re reclining on your private deck under the endless Sicilian sky, your nearest and dearest surrounding you for a long overdue and sun-soaked catch-up. That’s what you’ll get if you head for the aptly named Eco Casa Penna, one of Sampieri’s most luxurious and eco-friendly holiday spots. Luxe though it is, don’t expect the full plethora of home comforts; you’ll only find essential electrics here, all run by solar power. There’s also a limit on water, to discourage waste – but no matter, turquoise waves lap merely meters from your breakfast table. Who needs a bath anyway? 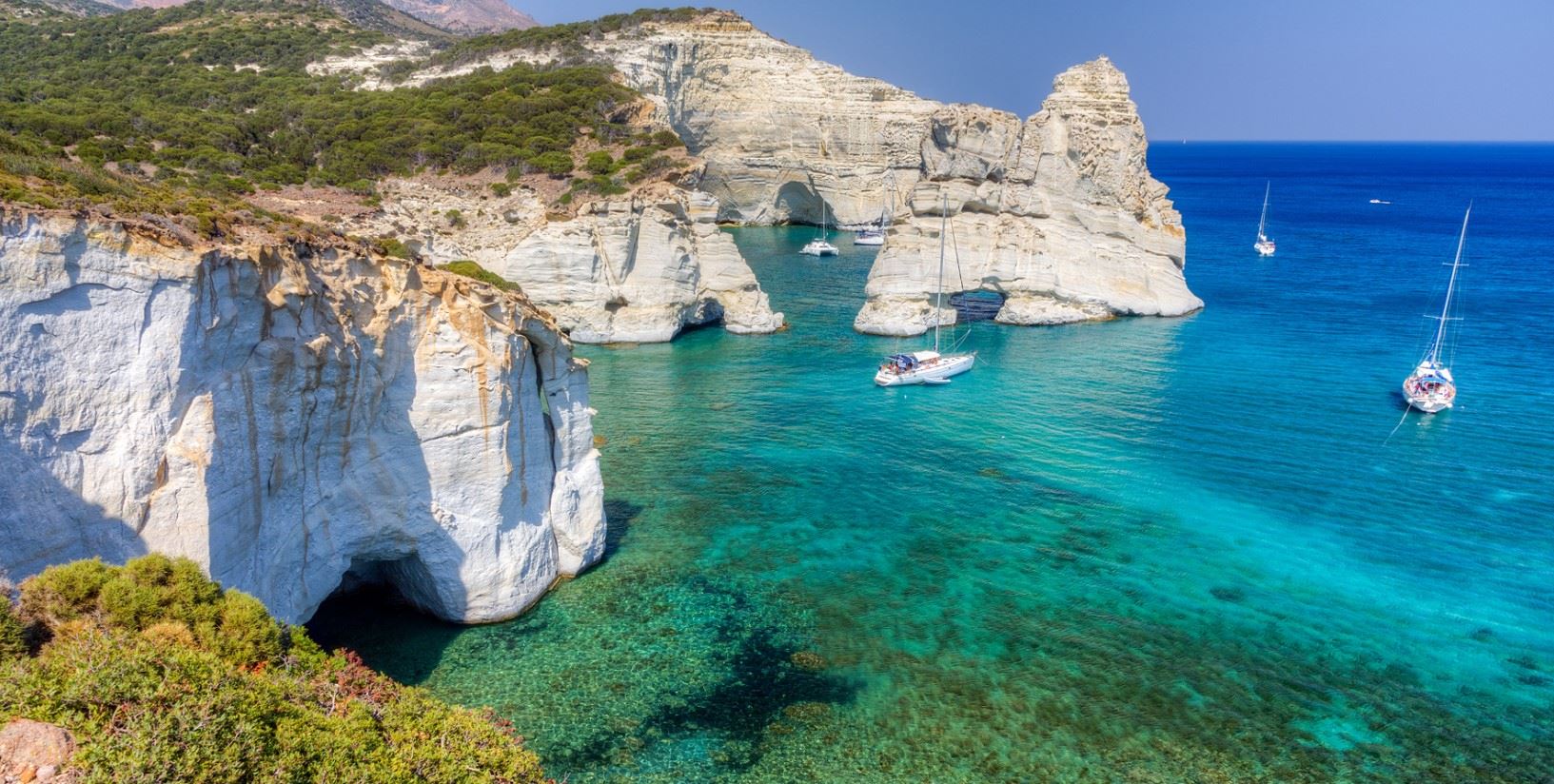 Go Greek via rail and ferry

Greek island hopping is a reliable choice for the sunseekers among us – but who said you need to fly? Travel company Sunvil has launched a rail-and-ferry service between London and a range of Greece’s most desirable destinations, including Paxos, Lefkas and Corfu, so you can experience those sun-soaked coastlines without setting foot on a plane. Say goodbye to air pollution – and make your way to the nearest beach bar – one step at a time. 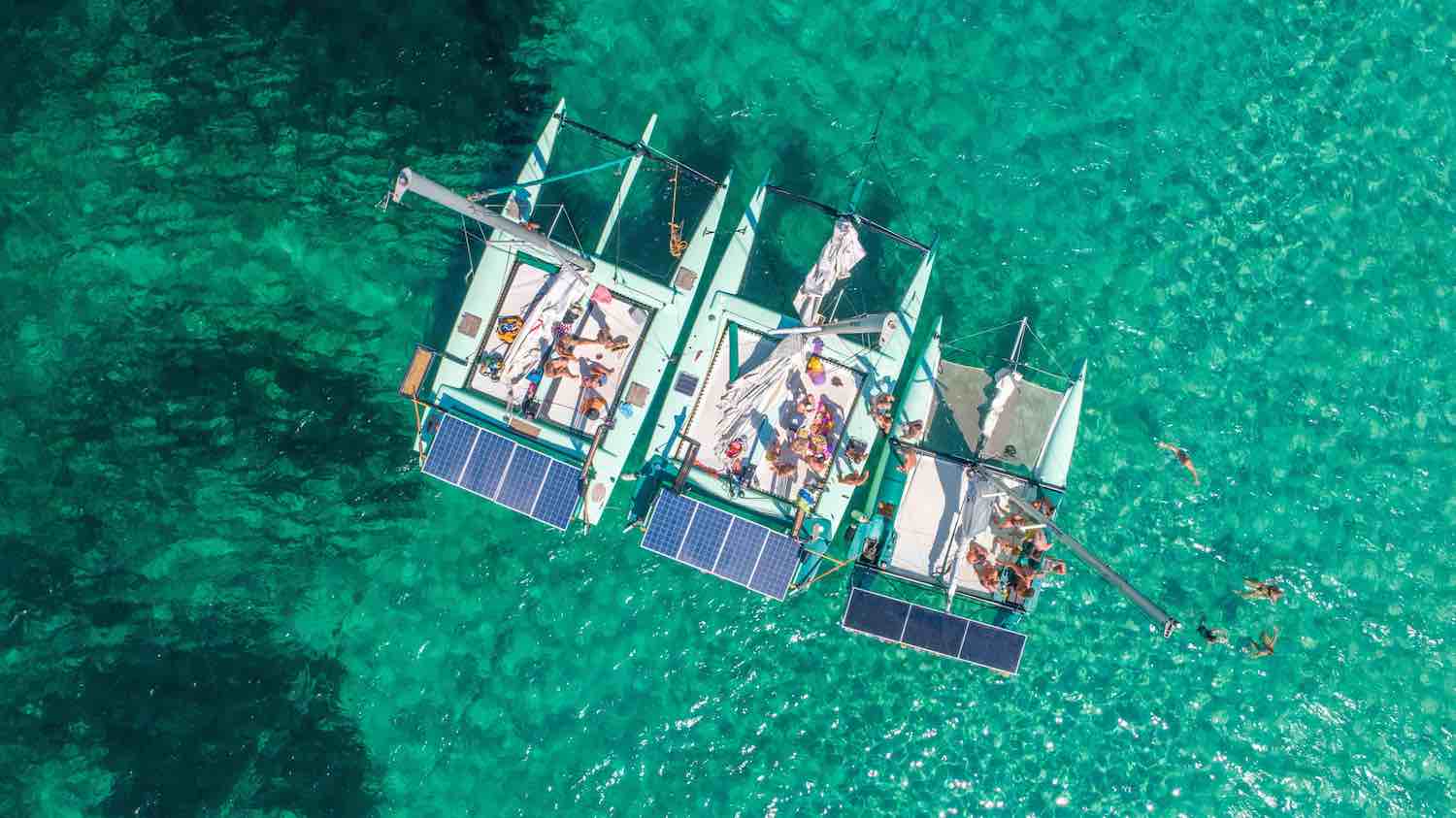 Despite its reputation, Ibiza isn’t just about all-night paint parties and scaling the strip at sunset (or sunrise). It’s now also a pioneer in green boating, thanks to eco-sailing company La Bella Verde. If you’ve never considered chartering a solar-powered catamaran to ride the glimmering, viridian waves, now’s the time to give it some thought. The boats can house between two and thirty-five passengers, and you can choose a day-trip along the coast or settle in between the sea and stars for a few unforgettable days. 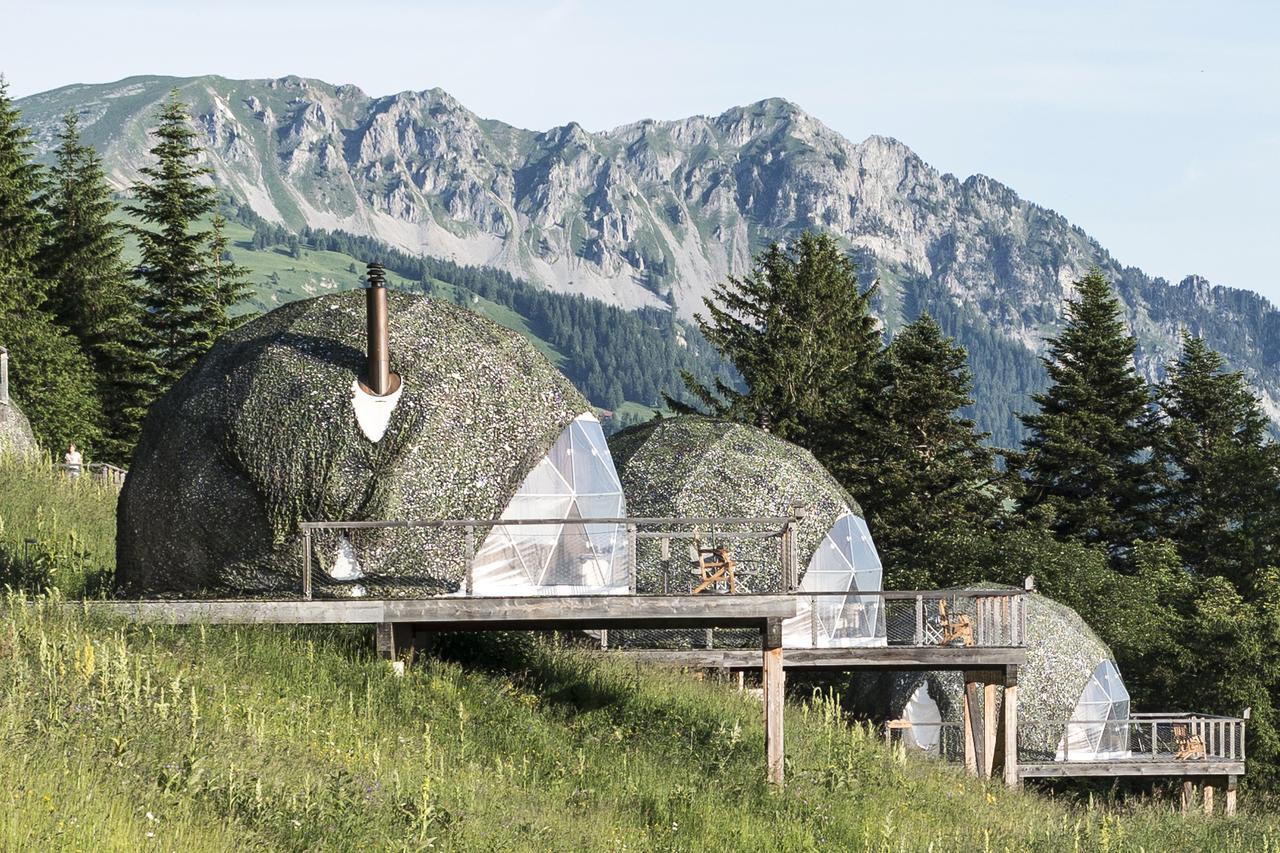 Whitepod on the Swiss slopes

Getting back to basics has never felt so plush as at the Whitepod Hotel in the heart of the Swiss Alps. Standalone, energy-efficient pods and chalets dot the mountainside, stove-heated and lit with LED lighting. Think panoramic views of the breathtaking mountainous landscape; magically snow-capped in winter, a dreamlike emerald glow through summer. Think locally-sourced food and drink enjoyed under a clear, star-studded sky, the promise of a private ski lesson from your doorstep in the morning. “Idyllic” simply doesn’t cover it. 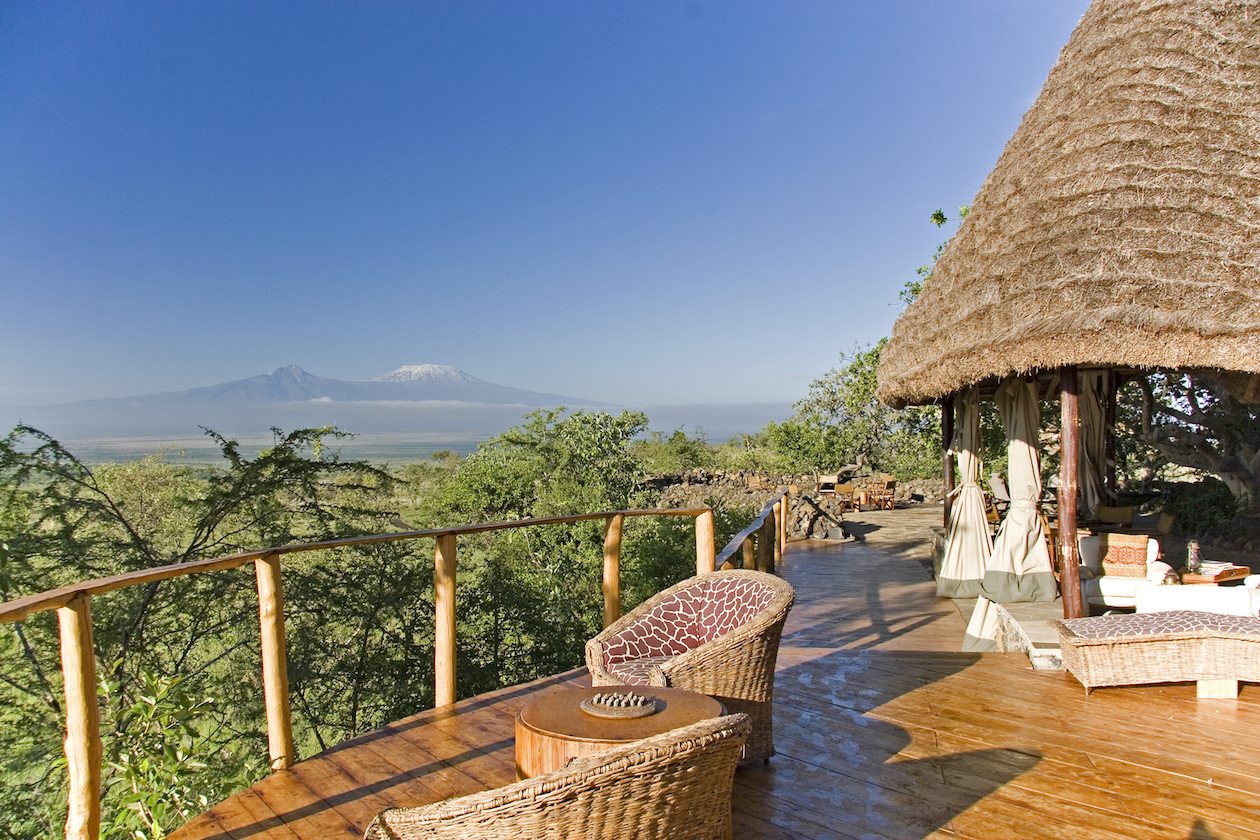 Going a little further from home often requires some airmiles, but Kenyan holiday camp Campi ya Kanzi does well in cancelling them out with its myriad measures to protect the environment. Tucked away in Hemingway’s “green hills of Africa” – otherwise known as the Chyulu Mountains – sit idyllic tented cottages, constructed from fallen trees by the local Maasai community. The entire camp is solar-powered, rainfall is collected to provide water, and part of the accommodation fee helps protect the leopards and lions that stalk the surrounding golden wilderness. 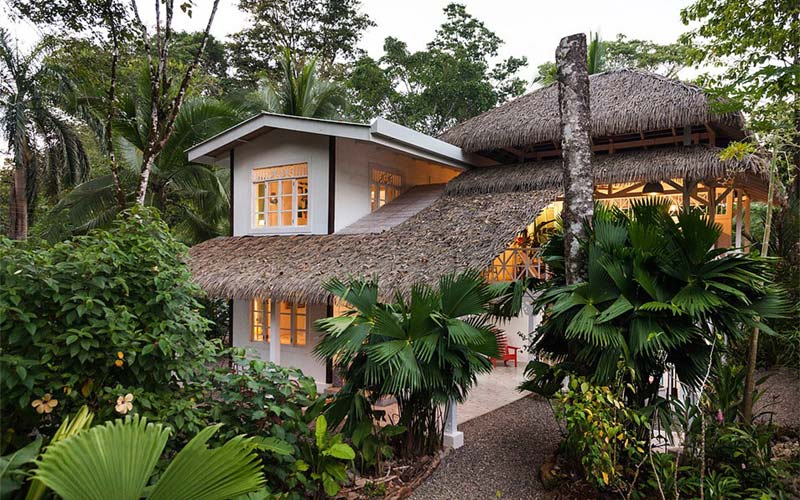 Environmental conservation is considered extremely important in Costa Rica, making it the ultimate far-flung getaway for the conscious traveller. And at boutique resort Hotel Aguas Claras, consciousness meets total bliss. As the name suggests, a selection of lavish beachfront bungalows sit right on the crystalline water’s edge amid the lush jungle of the Caribbean coast. Each “adult only” abode is uniquely designed by local artists and decked out with offbeat Victorian quirk in upcycled and found objects. Grab your beau and prepare for a holiday that promises to be enchanting and ethical in equal measure. 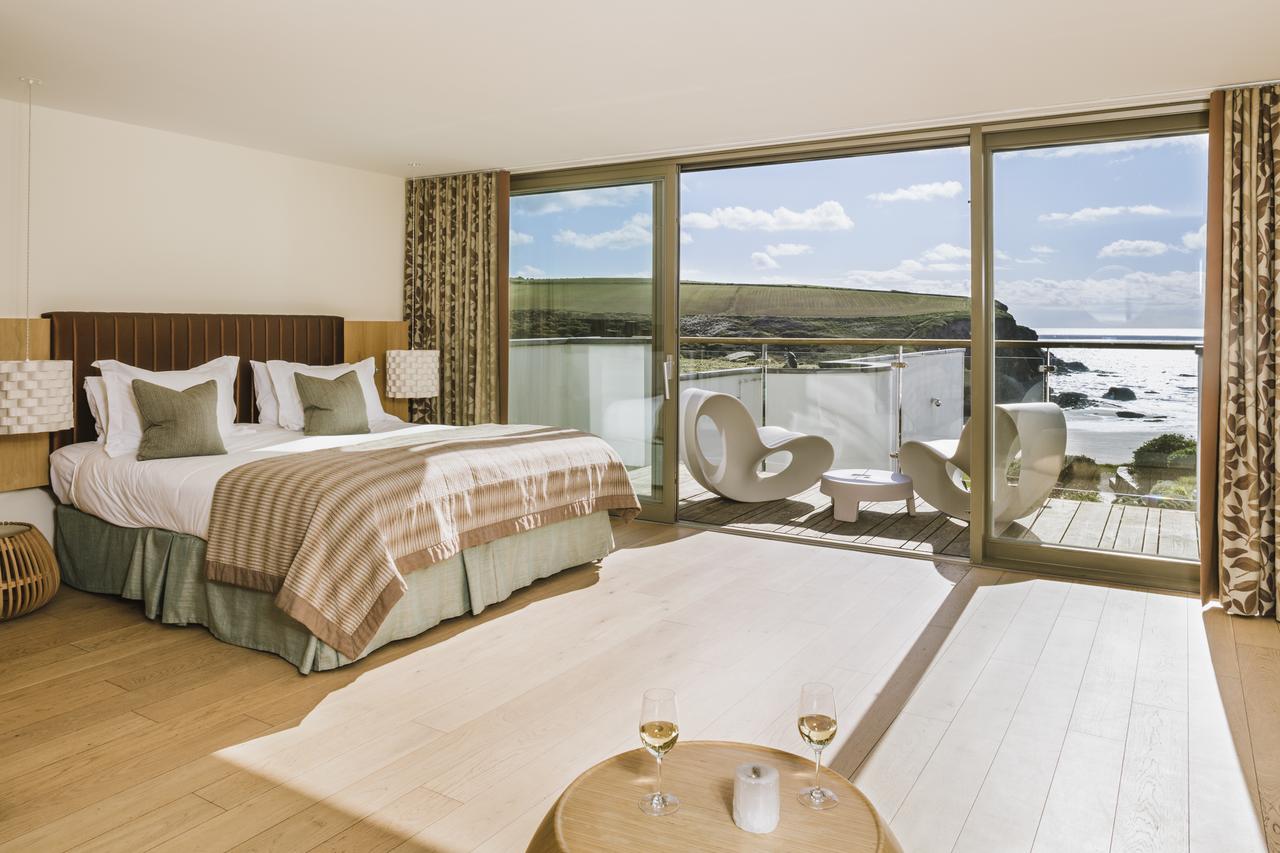 See the sea at Magwan Porth

Ditch long-distance completely and opt for one of the eco-friendly hidden gems right on your figurative doorstep: Magwan Porth’s spectacular Scarlet Hotel should do the trick. Enwrapped in an endless seascape and with sunlit courtyard terraces in which to enjoy some bubbly, the Scarlet is run fully on renewable energy, right down to its solar panel-heated pool. And with a special discount for visitors who make their way to the hotel ecologically, this is a staycation to fast-track to the top of your post-lockdown list.

Pricing from £260/night, based on two people sharing a Just Right Room 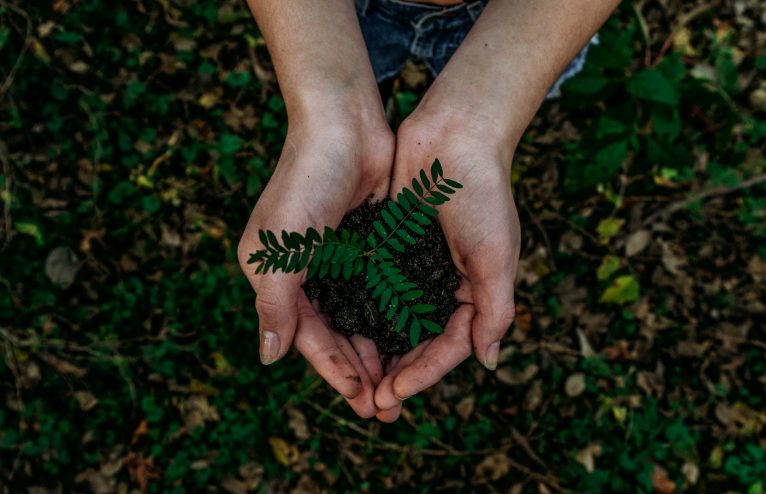 From The Desk Of… Suzie de Rohan Willner, CEO Of TOAST