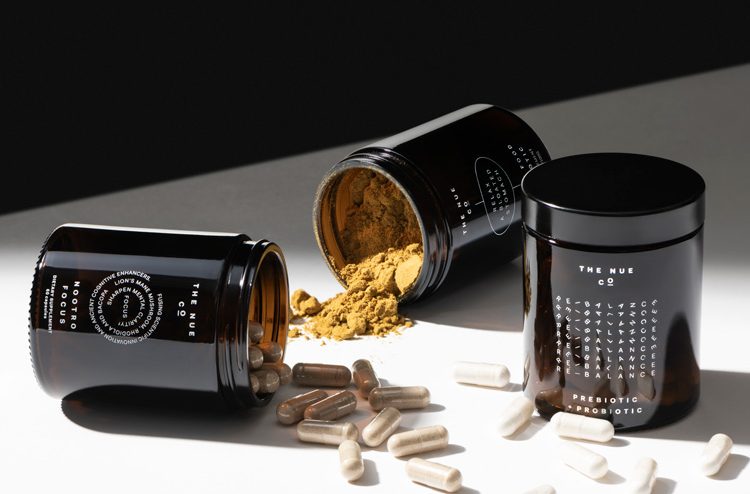 PIN IT
The Beauty Edit

WFH: The Guide to Nootropics

Wake up, work, workout, eat, break, walk, sleep, repeat. It’s true that after a few weeks under lockdown many of us are getting used to the “new normal”.

You’ve probably got your routine sorted by now, but everyone eventually comes to a point where the thought of staying cooped up for much longer and the ambiguity that comes with the whole situation can be a little too much.

Without access to the things and people that we would normally turn to as a pick-me-up, it’s vital that we don’t fall into a rut. A nootropic is defined as “any compound that improves mental functions such as cognition, memory, intelligence, motivation, attention, and concentration”. The term is used nowadays quite loosely and includes both synthetic drugs made in labs along with natural and herbal variants popular in Eastern medicine.

Because nootropics are so trendy, it’s important to make sure you are looking into the ingredients of any supplements that you decide to take and understand that evidence-based research on the ingredients within each are different to clinical trials that guarantee the effects of the combined supplement itself. Phoebe Liebling, Nutritional Therapist at Motion Nutrition, echoes the need to do your due diligence when using nootropics. “A nootropic is defined as a cognitive enhancer, so I would look for a product that supports nervous system function as opposed to one that overrides its natural actions,” she explains. “This would mean not necessarily choosing a product that had the most of everything—as that could be way too much for the body to handle. Instead, I would always focus on the quality of the ingredients—organic, ideally—and the forms they are in as this will massively change the effects they have.”

From a coffee blend that doubles up with high-performance capabilities to an energy-boosting workout drink, we’re rounding up some of the most promising nootropics that may help you give you the spark you need to keep you going. 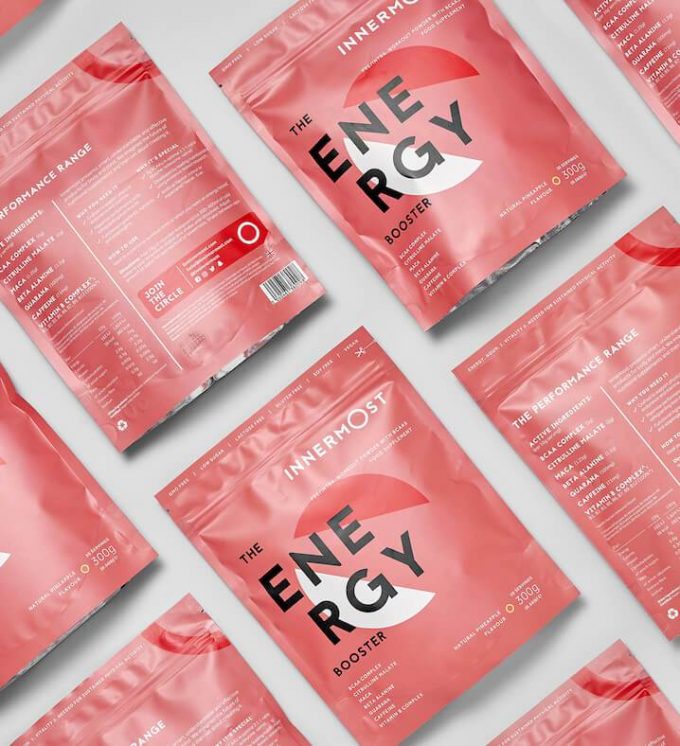 If your lack of commute has translated to more HIIT sessions, then you’ll enjoy The Energy Booster by nutrition company Innermost. The formula is intended to be taken as a pre- or intra-workout drink or for any time your mind and body need an energy boost. Acknowledging the need to not only keep your body strong but also preserve lean muscle, The Energy Booster was created by leading nutritionists with a unique recipe that features BCAA complex to aid in muscle growth and recovery, Amazonian guarana seeds to keep you alert, and Vitamin-B complex to reduce fatigue. 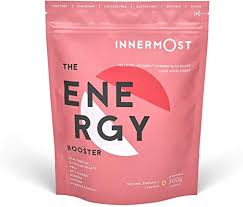 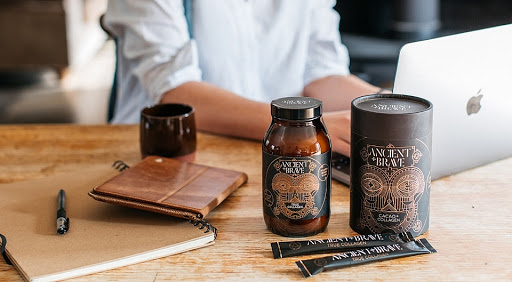 Caffeine is one of the most popular nootropics and Ancient+Brave invites you to up your coffee game even more with their high-performance, protein-rich blend that has a nutty, cherry, chocolate flavour. With organic ingredients like Brazilian ground coffee, Siberian ginseng, roasted dandelion, baobab and grass-fed bovine collagen, Coffee+Collagen promises to be a great workout aid and will also promises improved cognition and focus. 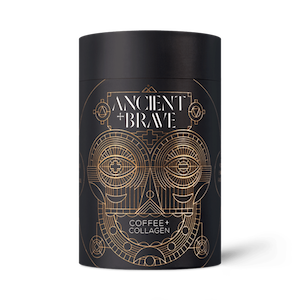 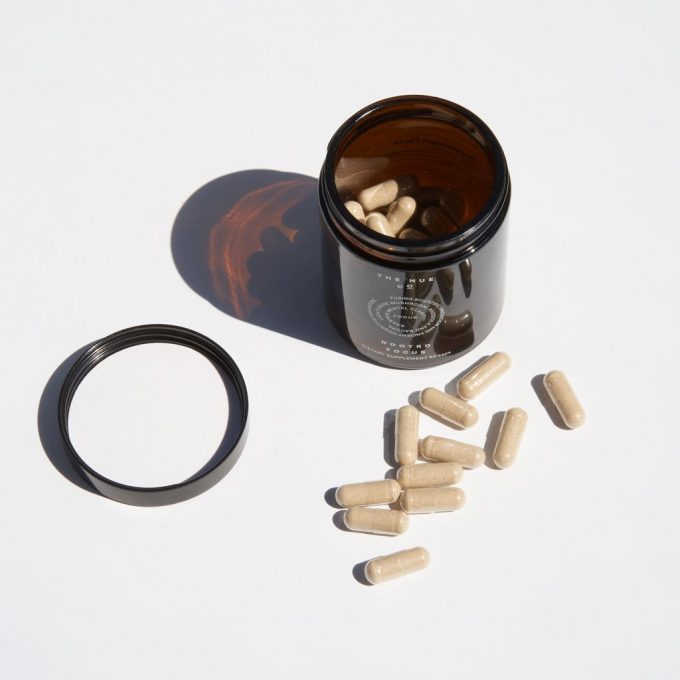 The Nue Co has developed their family of products by combining clinically-proven ingredients with elements of Ayurvedic and Chinese medicine. They pride themselves on having products that are preservative- and additive-free and stay away from nasty flavourings or sweeteners. Part of their range of supplements that aim to boost energy and reduce stress is Nootro-Focus. Ingredients in the supplement’s mix of natural nootropics, psychostimulants, and patented ingredient technology include ginkgo bilobalef extract, L-Theanine, and Citicoline to help improve memory, increase attention, and reduce anxiety. 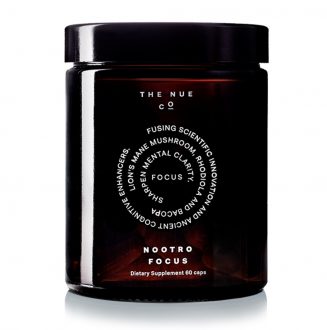 Not happy with the jittery effects that caffeine gives you but need that little bit of help in getting everything done? Motion Nutrition’s Power Up Day Time Nootropic was formulated by brain health scientists with L-Tyrosing (improves alertness and focus), Korean Panax ginseng (helps with concentration), gotu kola (stimulates circulation in the body and brain), Lion’s Mane mushroom (supports stress recovery and is known as a natural brain superfood), and a number of additional vitamins to support a whole day’s worth of increased energy and alertness without the sudden crash associated with coffee. 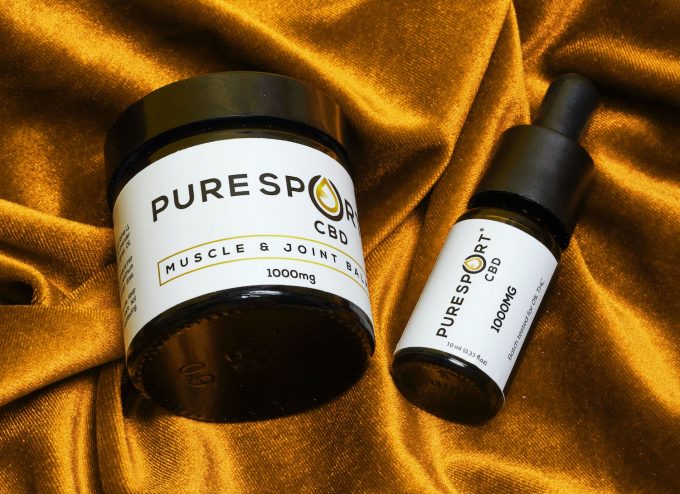 If your quarantine routine includes cardio-blasting, abs-sculpting workouts on the daily, make sure you’re allowing your body the time to restore itself so you stay away from injury. Pure Sport CBD’s Muscle and Joint Balm is packed with Pure Sport’s 0% THC CDB oil and a fusion of natural ingredients like lavender, wintergreen, peppermint, and lemongrass. CBD has been shown to help reduce stress and anxiety, which is important in ensuring you get a good night’s sleep and properly recover from a gruelling workout. Rub the balm over sore joints and muscles to help ease you onto the road to recovery and get you ready for a new day ahead. 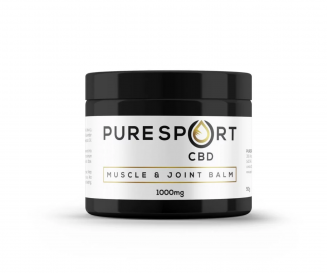 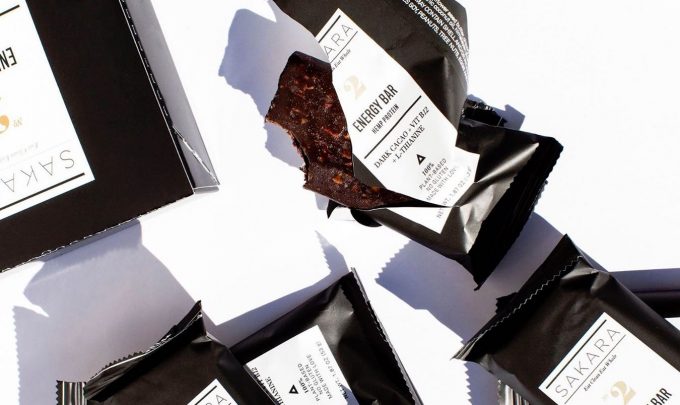 Save yourself the time you would’ve spent baking those brownies and instead reach for some of Sakara’s Energy Super Bars. Sakara Life is a New York City-based wellness and lifestyle brand that has fans such as Gwyneth Paltrow and Chrissy Teigen. Aside from the organic raw dark cacao powder and nibs that naturally contain theobromine (lowers blood pressure and keeps you more alert), each bar has 10g of organic hemp protein (rich in omega 3 and omega 6 to keep your energy levels high), L-Theanine (an amino acid commonly found in tea leaves that has been found to encourage relaxation without getting drowsy) and only 7g of sugar. 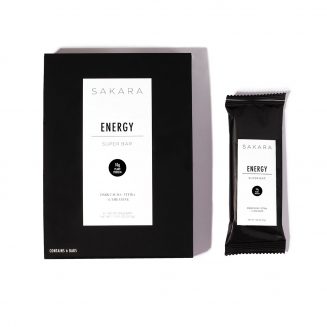 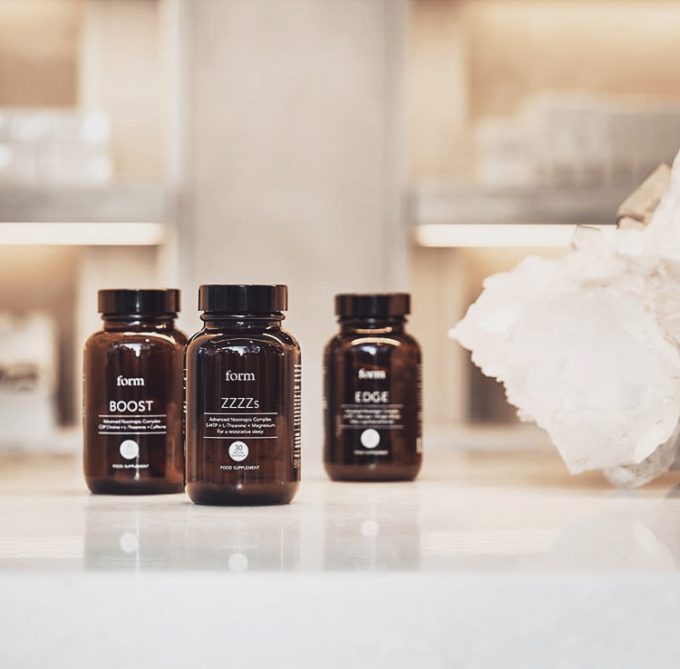 Is the blurred line between work and home causing you to toss and turn in bed? Trying to get those 8 hours of sleep in but, for some reason, still feeling tired when you wake up? The team at Form Nutrition understand this problem all too well. That’s why they’ve formulated their plant-based supplements with 5-HTP—a compound that comes from the African Griffonia plant—which helps the body produce more serotonin, a neurotransmitter that aids in maintaining a balanced sleep cycle. The supplements also use the twin powers of zinc and magnesium to help combat the insomnia commonly linked to deficiencies in these areas. 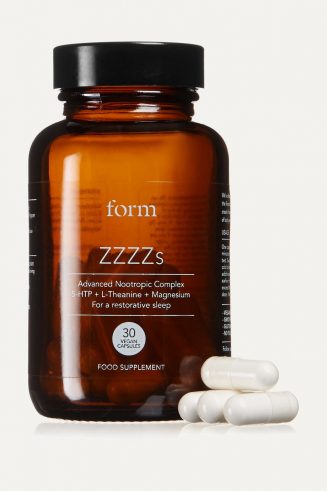 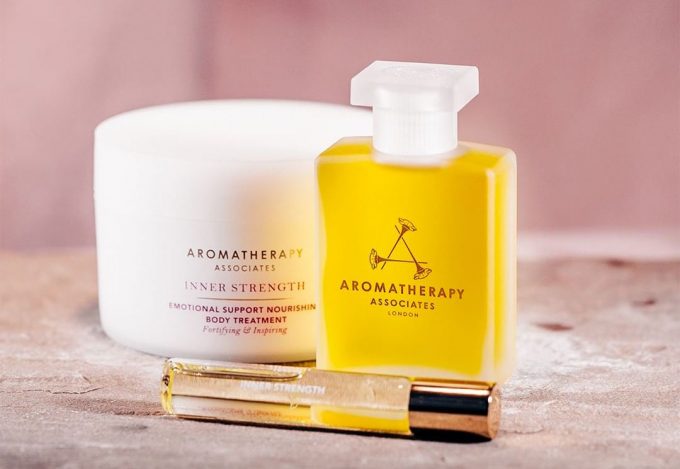 The expert artisans at Aromatherapy Associates are considered by many to be the original wellbeing gurus. Their award-winning products are found in homes across the globe, bringing peace and happiness to many a bustling city. Their Inner Strength Collection—consisting of a bath and shower oil, roller ball, and nourishing body treatment—was developed to deliver “comfort in a bottle” with relaxing clary sage, warming sandalwood, and geranium, which is commonly associated with strength and positivity. 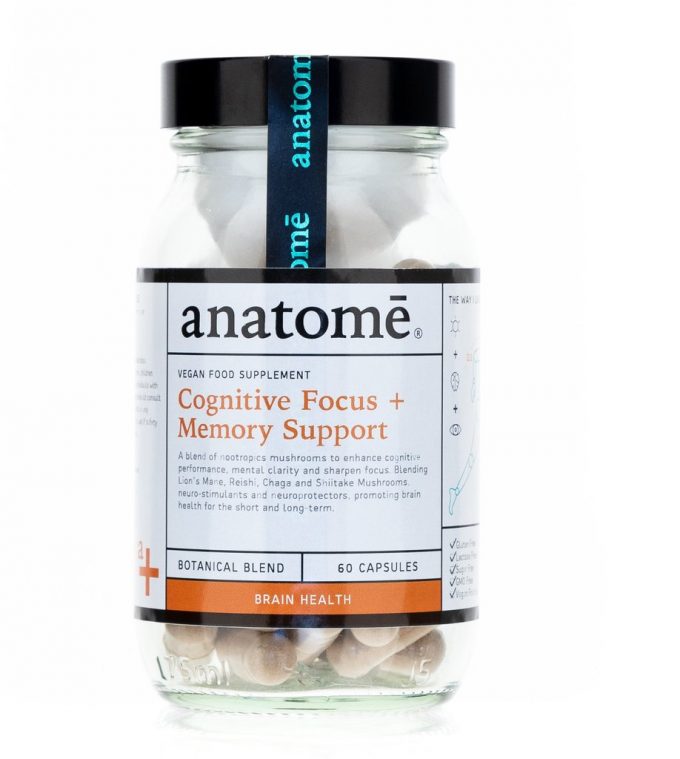 Give your Nespresso machine a break and swap out your morning cuppa for Anatome’s Cognitive Focus + Energy supplement, which uses the power of mushrooms—Lion’s Mane, reishi, chaga, and shiitake—to help boost mental clarity and stimulate brain activity. Research from The National University of Singapore showed that participants who ate mushrooms showed better brain test results than those who didn’t, so Anatome suggests taking their vegan-friendly, gluten-, lactose-, sugar-, and GMO-free supplement half an hour before taking on tasks or projects that require your utmost focus. 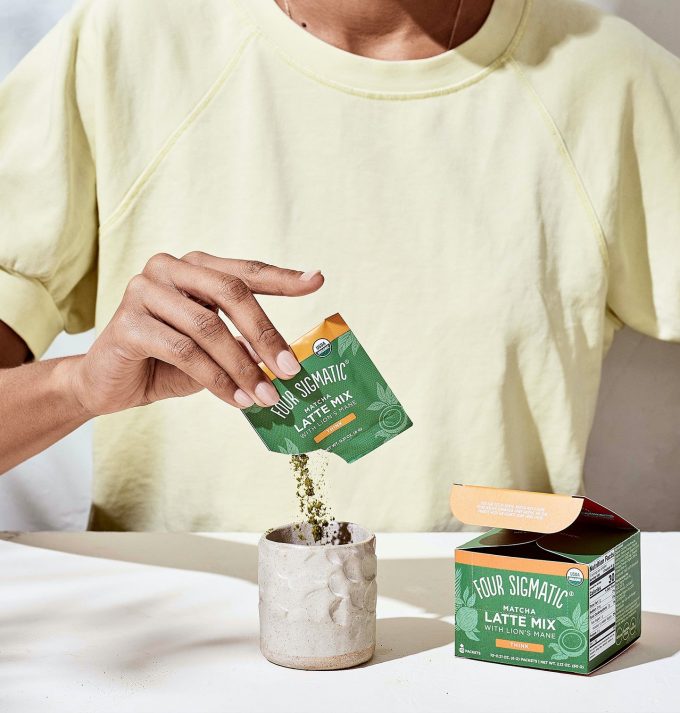 If you’re missing your regular matcha runs, fear not! Four Sigmatic was founded on the philosophy of bringing Nordic wellness to the rest of the world. One of their popular products is the Matcha latte mix which is fortified with Lion’s Mane—the medicinal mushroom that studies suggest may help relieve anxiety symptoms and improve memory—and moringa (also know as “the miracle tree”). The mix uses the highest grade of organic Japanese matcha combined with creamy coconut milk for a delicious mood lifting drink. 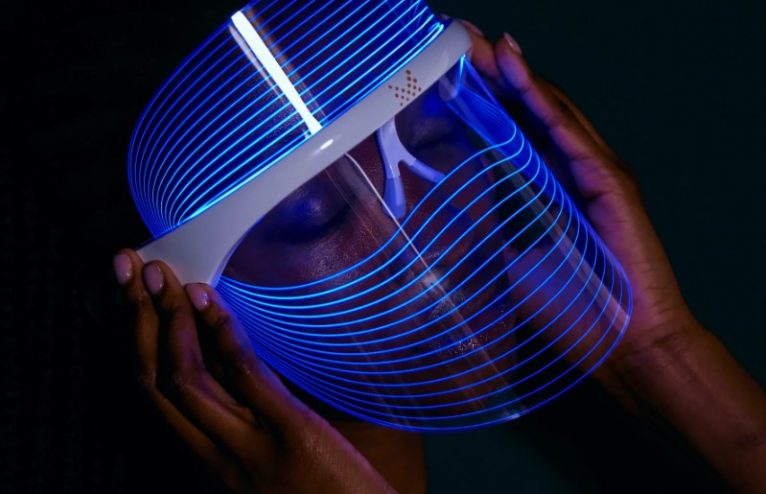 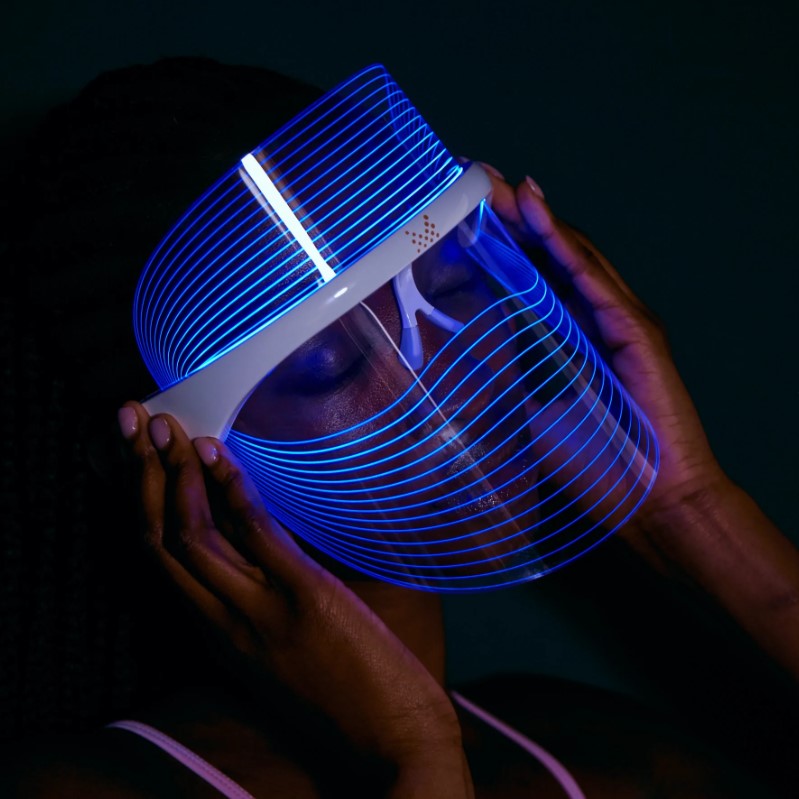 The Best LED Face Masks For All Skin Types