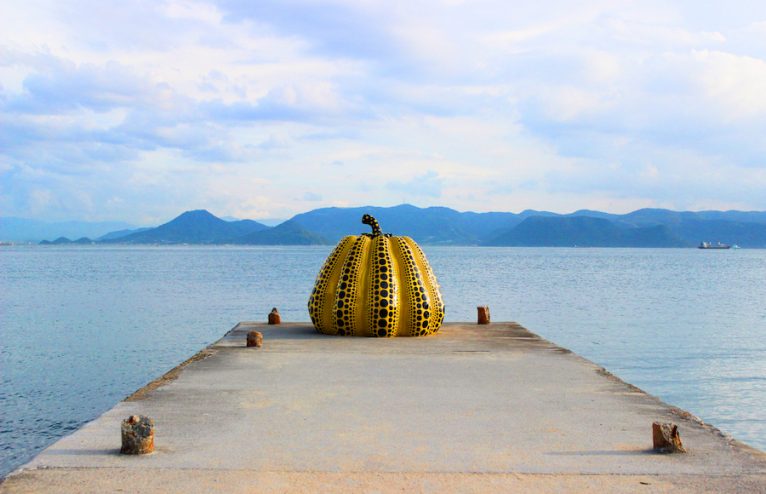 In Search Of Exclusive Art And Architecture In Japan’s Setouchi

Setouchi is a dream. Bathed in year round sunlight (even in early February when I found myself dropped amidst her diverse landscape), it’s where you go to find that ever elusive sweet spot of centuries old traditions, layers of culture and now, inspirational contemporary design.

Indeed it seems strange that a set of around 700 tiny islands in the middle of Japan, an area more used to villages of wooden homes dotted along coastlines, peppered with cobalt blue roofs and well-used, rust-bitten fishing boats, one that has been suffering the effects of depopulation for many years, has managed to thrust itself to the forefront of the contemporary art world.

Fuelled initially by one man’s dream to rejuvenate communities and create a Japan that is more in touch with its own tradition, over two decades have been spent resuscitating a number of islands in the Seto Inland Sea (the most famous being Naoshima, Teshima and Inujima), which have adapted their secluded shores to house galleries and museums showcasing works by famed architects and artists, the likes of Tadao Ando, Yayoi Kusama, Walter De Maria and James Turrell, to name but a few.

Inspiration has since spilled over onto neighbouring islands and certain mainland cities, where locals and creatives have forged ahead with a sublime wave of projects that are truly transforming the area into a harmonious celebration of local artisans, ancient traditions, and dynamic modernism. A tough ask for anyone, yet here it seems almost effortless.

Take Ōmishima, an island awash with citrus trees full-to-bursting, dappling the land in infinite shades of orange, yet now a trailblazer of contemporary architecture, thanks to Toyo Ito, one of Japan’s best known architects, who founded the country’s first architecture museum, Toyo Ito Museum of Architecture, Imabari (TIMA), a branch of which opened on the island in 2011. 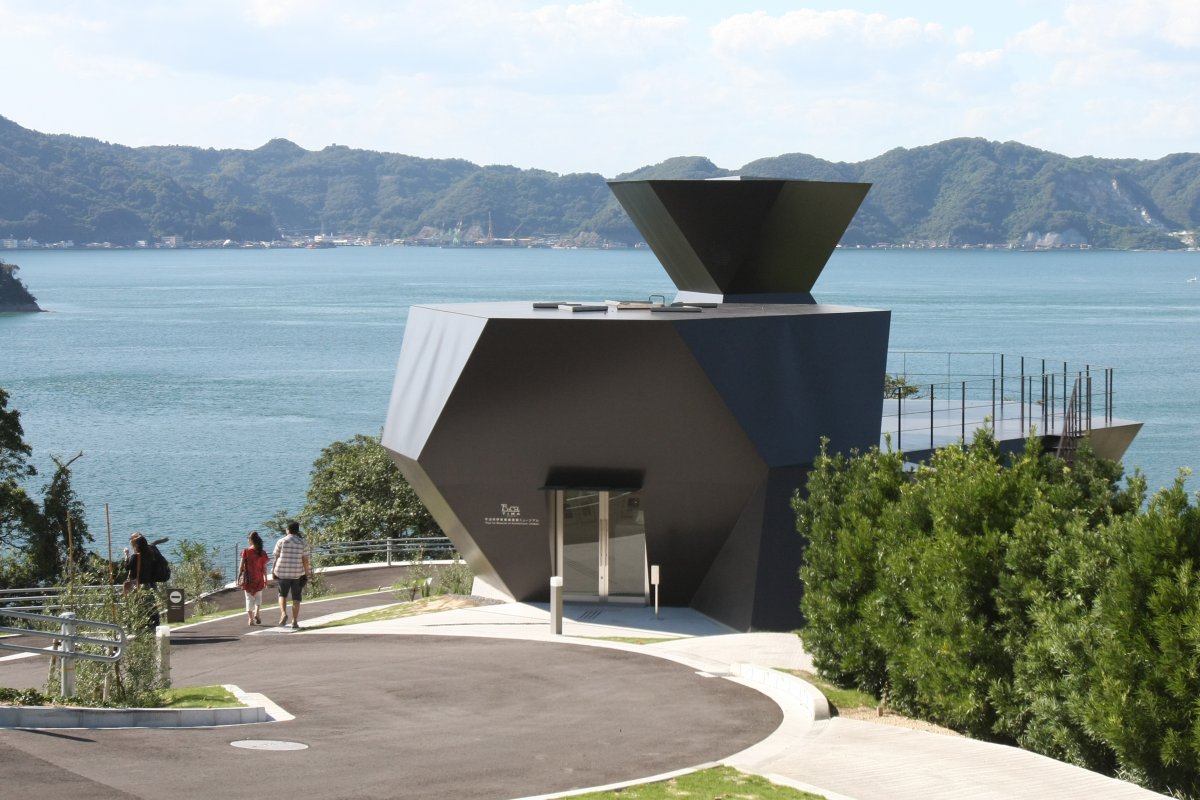 The mission for Ito, aside from the museum, was to promote social impact; sustain the island’s unique charm and improve the lives of residents whilst also attracting visitors to help boost the local economy. Interactions with local people led Ito, along with two renowned Japanese architecture schools, to embark upon Project Ōmishima; a network of collaborative enterprises, from a cooperative workspace ‘Everyone’s House’ that has renovated a traditional wooden machiya into a shared space encouraging both tourists and residents to meet, work and converse, to the establishment of a boutique winery, brewery and a sustainable, design-led hotel, Ōmishima Rest House, that has repurposed an old elementary school. The spirit of past generations collides with the innovation of Ito’s project, precipitating not only a circular economy, but a respect for both the ancestral and modern way of life that has totally transformed the island.

The journey to Ōmishima is an attraction in itself. Connected to neighbouring islands and on to Shikoku and Honshu, by a network of roads and magnificent bridges, called the Shimanami Kaido. Rising from the churning azure waters and falling back into verdant green hills, bridges give way to coastal roads that skirt scenes of far off island outlines broken only by ships; some at home in the waves, others yet to set off on their maiden voyage, still to be completed in vast shipyards overshadowing tiny fishing villages. 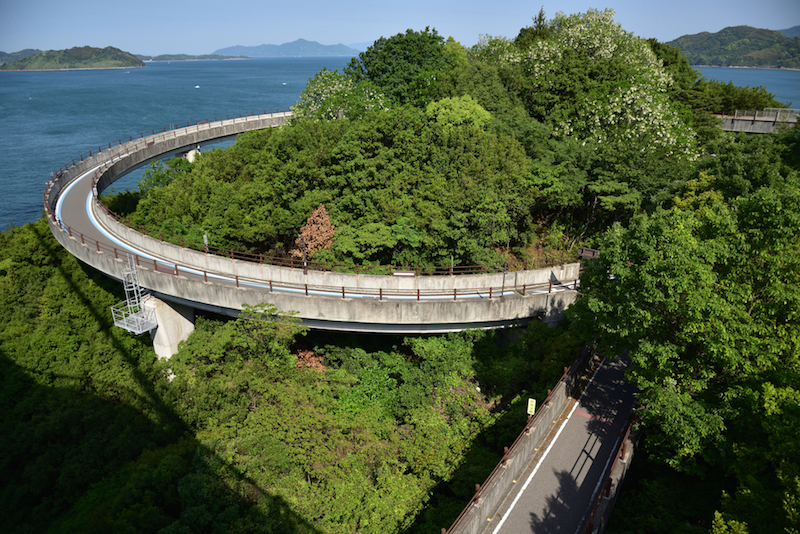 The route is cycle-able with myriad rental options (including handy electric bikes for help on the more rugged sections and even internationally acclaimed tour guides, ours, Nishiyama Yasuaki, was a mountain biking champion) dispersed through the 70km stretch, every inch offering the opportunity to bask in the beauty of Setouchi. Traversing six islands, there are also ferries that run to and from peaceful ports that offer an alternative path if the cycling gets too much.

Sun-flecked waters flanked by warehouses mark the start (or end) of the Shimanami Kaido at Onomichi, a Japanese Heritage site city. In the past, Onomichi flourished as a successful port town on the edge of the bountiful Seto Inland Sea, imparting a richness, in both economic and cultural senses, with particularly charming historical scenery, maritime details and ancient temples.

An interesting setting, Onomichi is built into the surrounding mountainside, meaning much of the city is only accessible by walking seemingly endless ascending stone steps that weave along maze-like alleyways into the hillside. Yet it’s the proximity to the blossoming art scene of Setouchi that has made this a hub of contemporary design and craftsmanship.

Boasting a plethora of design hotels, from a charming hideaway secreted along one of the aforementioned alleyways. LOG, a boutique hotel housed in an old apartment block on the slopes of Mt. Senkoji, overlooking the cityscape perched on the shore below, has been transformed by internationally acclaimed architect Bijoy Jain and his celebrated firm, Studio Mumbai; to Hotel Cycle, another small design-forward accommodation aimed at those amongst us who wish to tackle the Shimanami Kaido on two wheels. Housed in a former marine warehouse on the Seto Inland Sea shore, the hotel allows guests to bring in their beloved bicycles for storage inside rooms and the industrial style runs throughout the ‘U2’ property which also houses a restaurant and bar, a deli, bakery, cafe and a world leading bike brand store.

Onomichi truly is a city of contrast. Here contemporary craftsmen, like ceramicist Sora Studios, sit next to a centuries old knife shop, Yamasaki Kiyoharu. Modern coffee houses line streets of ancient tea sellers and a small denim shop, the Onomichi Denim Project, which uses locally produced (world famous) Okayama denim to craft jeans that are sent to local workers, from ramen shop owners to fisherman, who wear them before sending them back bearing the hallmark of year’s grafting and a rather exceptional story.

In Momoshima, there is chance to feel. The silence, the stillness, the sun.

In Momoshima, there is chance to feel. The silence, the stillness, the sun. An almost entirely abandoned island, save for around 400 residents and even more citrus trees, it would have been easy to leave it to its fate, a similar one faced by many rural locales in Japan, whose young have opted for bright lights, big city living and whose old have become older. An isolated island with no bridges, yet only a 20 minute ferry from Onomichi, it is a time capsule of unique rural Japan, one who’s decline artist Yukinori Yanagi yearned to halt.

Renovating a former elementary school and 1950s movie theatre, Yanagi created ART BASE MOMOSHIMA, two permanent contemporary art museums and installations featuring his own award-winning works (including The World flag Ant Farm and Wandering Mickey) and exclusive pieces from internationally renowned artists whose works have been previously displayed at The Tate Gallery in London and MOMA in New York, whilst also allowing the opportunity for up-and-coming artists to move into renovated, disused houses on the island for their Artist in Residence programmes, ultimately producing special seasonal exhibition pieces. Setting the tone for the future, ART BASE aims to develop art tourism to Momoshima and increase the population by stimulating immigration of the creative class, revitalising the island, pushing innovation and reclaiming what was almost lost. Absorbing the unique ambience of the island is encouraged, visitors can stay overnight at the guesthouse-come-art-installation by ART BASE, and a new art-based boutique hotel, both opening towards the end of the year.

Forever a hub of traditional Japanese craftsmanship, Okayama is another place embracing the contemporary arts and entwining the two for the utmost agreeable fusion. Handily situated only 30 minutes and 45 minutes on the bullet train line from Onomichi and Osaka respectively (where British Airways have launched a direct flight from London) the city is a great gateway to the Setouchi region, though travellers would be amiss to pass it off as just that, a gateway. With deep-rooted artistic industries, from world famous denim factories, such as Showa, who provide fabric to the likes of Thakoon and Giuseppe Zanotti, to Bizen, a town renowned for making ceramics for the Imperial family, the creative connection has always been strong.

In fact, one of Japan’s most famous fashion designers, Yasuharu Ishikawa, hails from the city and has subsequently returned to set up the Ishikawa Foundation, whose aim is to stimulate the contemporary art scene, setting up a number of events, from the Okayama Art Summit that puts artists in the curator’s chair and “A&C,” short for “Art & City,” an event showcasing contemporary works, free of charge, at iconic public spaces including a cinema, art museums, and even shrines. Another passion of Ishikawa is the hospitality industry.

Already opening one of Tokyo’s most anticipated boutique hotels (KOÉ), Ishikawa set his sights back on his city of birth and setting up “A&A”, or “Artist and Architect”, two guesthouses designed by select pairs of internationally acclaimed contemporary artists and Japanese architects. Taking the names of their creators, these lodgings, Liam Fuji and Jonathan Hasegawa, are designed to excite the senses and make for the most memorable stay in a city of dynamic contrasts.

For those intrepid travellers and design lovers amongst us, it would be a significant oversight to walk the well-trodden track of Japanese tourist destinations over the warmth of Setouchi. 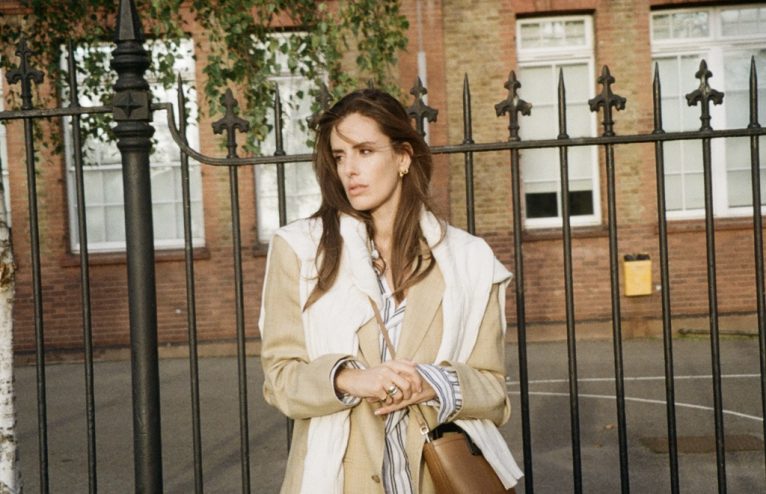 An Insider Guide To London With Catarina Mira-Rose

An Insider Guide To Venice With Skye McAlpine

An Insider Guide To Bath With Rosa Park, Of Cereal Magazine