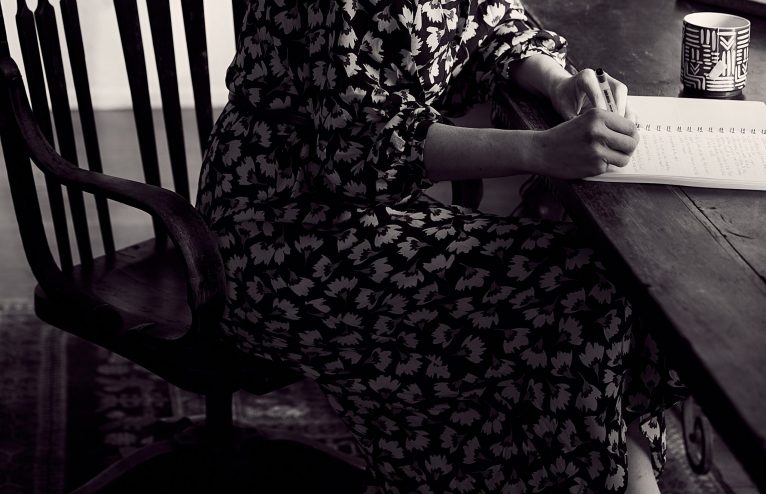 A Way With Words: Nikita Lalwani

Lalwani’s first novel, Gifted, was long-listed for the Booker Prize and shortlisted for the Costa First Novel Award. Following the release of her latest book You People, Lalwani discusses her writing processes, influences and inspirations.

What is writing for you?

For me, writing fiction is usually an attempt to answer a question that I don’t instinctively know the answer to. It takes the physical and mental tussle of writing through a situation for me to understand what I think about it. That’s often how my stories start; when I can see a position of unease that intrigues me, that I want to get closer to. The characters, the situation and the place all come about as a result of that desire. Writing a novel takes a long time for me which means I have to be really fascinated with the question at hand to sit with that for any length of time. It’s not as simple as ‘what do I think about this?’ ‘Oh, there’s the answer.’ It needs to be something sticky that keeps drawing you back.

Does the question change as you write?

What’s interesting is that the question changes as I write, but it often changes back to the original question by the end of the book. I often enter a period of melancholy and disaster in the middle of writing a book where nothing makes sense and I don’t know what my bearings are, but I find that I return to that original question in striking ways by the time I’ve got over the hump in the middle of writing the piece. I’m thinking about writing my next piece now and am considering writing the question down which I don’t normally do, but I think that it could help to speed up the process. 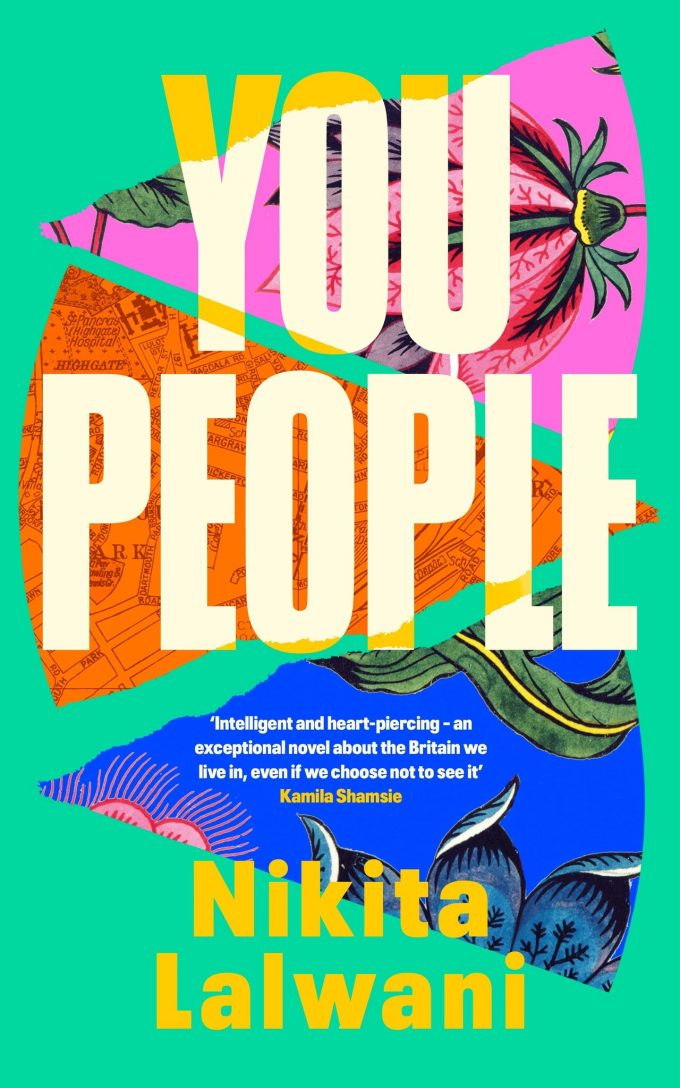 How long did it take you to write You People?

It took a long time, about six years, whereas my first book took 18 months. It’s not a super long book but I am really happy with how concentrated it is. Hopefully, the research which went into it, is not worn on its sleeve but in the ambience and the atmosphere of the book.

With You People I was planning quite a lot, but not from the start. I started with a character, the visual place of the restaurant and the question and it grew from that. I thought a lot about what might happen at the end of the first third – that is a big problem and generally, that tends to be how I start. I figure out the characters as I write and in the process of writing they take on personality and shape. I tend to spend a very, very long time on the first third and then once the furniture is in the room and the characters feel real, writing the rest doesn’t take that long. I start planning the entire book when that first third is working really well.

Do you think much about the reader when you’re writing?

I try not to, but equally I don’t think I should be writing in my pyjamas just for myself. Sometimes I find it helpful to think of a slightly sneering reader who keeps me on my toes. Vagueness is the biggest sin for my imagined reader. At all times be specific, is what my reader projection tells me. At the same time, I try to put that all out of my mind because if you’re trying to write something that will be all things to all people, you can find that there’s no tension in a book, there’s no ugliness, there’s nothing that will compel you to keep breathing. Imagining a reader can take the engine out of a book.

Following the success of your debut novel Gifted, was it difficult to begin your next book?

I wrote The Village in between Gifted and You People, which was a quieter book and there was definitely a sense of starting again because it was so different – the struggles of the second album, I suppose. I didn’t feel like that with You People because it felt like I was playing to my strengths. I wanted to use the page turner elements of Gifted and bring together everything I’ve learnt from understanding character and prose style. I felt like I was harnessing everything I had in a knowing way and I think that means the book is a good fusion of what I was trying to do in the other two.

The narrative of You People is split into two voices, did one of the voices come to you more easily than the other?

I think initially Shan came much more easily which was a surprise because I grew up in Wales – and I’m not a Sri Lankan refugee who has seen torture and war. He grew out of research, I guess, which is a lesson that research can sometimes give you a strength that drawing on things that are closer to your own experience of a place or people might not. We’re always told to write what we know but what’s interesting is that the research material [for You People] felt a lot more – to use a dirty word – authentic. Nia took more time and actually didn’t start out as she is now. She started out in her thirties and at a different stage in her life, and then crucially, I changed her so she was 19 and working in the restaurant which seemed to solve a lot of problems. I knew from the start though that I wanted two points of view who are both fascinated with the character of Tuli. I was interested in [The Great] Gatsby and how that’s narrated by somebody who wants to be him but is also fascinated by him. It’s this outsider’s eye who’s constantly trying to work out whether he’s a good person or not and the answer to that only comes to us towards the end of the novel. With Shan and Nia, they both experience different versions of Tuli and they both have a different kind of obsession with him. Shan is reliant on him for basic needs and Nia feels attracted to him and is trying to figure out whether that is platonic or not. 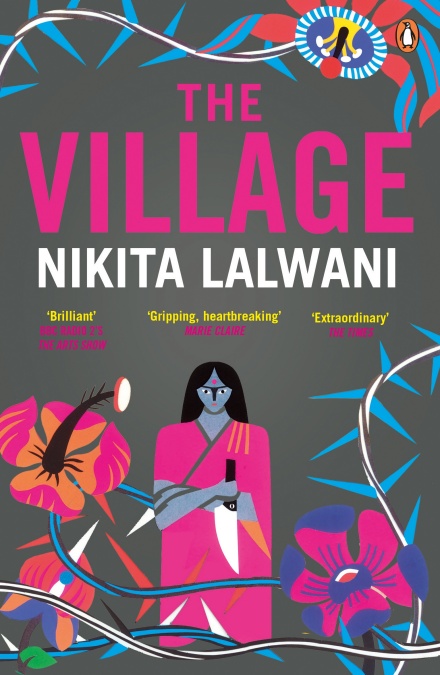 I have an ideal routine, which I don’t always manage to do and had to change it for lockdown, but pre-lockdown, my routine was to walk for a long time, usually for about an hour and a half before I started writing. I would walk in the morning, not super early, normally at about 9am and I would listen to a podcast, usually a short story to get my brain working. Then I’d arrive at my office in Bloomsbury, have some coffee, maybe some porridge and put on something like Odetta [Holmes] or Miles Davies, sit down and begin. I would normally write from about 10.30AM to 2.30PM. I think that four hours is a good writing day, but if it’s taken me longer to get into the zone, then I would write for longer or return to writing in the evening. Four hours is ideal, but that means four hours of concentrated work not surfing the internet or planning the next holiday, which is very easy to do. I try to be kind to myself in those four hours too, and allow myself to read something if the writing is not coming easily. I’ll take a book off my shelf and read the first chapter or a chapter in which there is a moment of violence or love, and I try to look at it closely so as to understand why it’s something I admire. My background was in documentaries so I still use journalistic forms of research at times which can involve thinking about whether I need to interview someone or looking on YouTube, which is a really good resource because you can hear how people speak, or reading journals articles, or other fiction.

Are there particular novels that you find yourself returning to?

I tend to look at writers who are very different from me and don’t write like me in any way. I look at them for solace and inspiration. So Don Delilo, for example, who is very far removed from me in terms of acrobatics, but I look for the originality of his writing, the humour, the way that it can lift you out of yourself and the way he has of looking at a situation in a thousand different ways, often breaking it apart in an absurd way. I tend to read very clean and precise writers like Doris Lessing and Mavis Gallant for prose style. In that same vein there’s James Salter, where I look closely at the lines, and I read James Baldwin quite a lot – the non-fiction in particular.

What’s the last book that left you breathless?

I was a judge of the Rathbones Folio Prize and so I read a lot of fiction that came out this year. A couple of books spring to mind, one is Valeria Luiselli’s book which won the prize called Lost Children Archive. It’s about child separations on the Mexican border and is also a kind of soundscape of America. The other one was Grand Union by Zadie Smith, which is a short story collection. It just felt so innovative and amusing but deeply philosophical and hungry in its intellectual curiosity. It gave me a lot of energy when I was reading it.

Is there a place that especially inspires you to create?

I’ve written a lot about Rajasthan which is where I was born. The Village was set near Jaipur in a village called Sanganer. Rajasthan is a rich place that is a source of infinite inspiration for me. Another place would be Rishikesh in India where I was married on the banks of the Ganges at the foothills of the Himalayas, and where I’m yearning to return to.

The Borrowers by Mary Norton.

I have many different beautiful Flukebooks by a feminist collective called Tara Books who are extremely inspirational.

A writer that you think everyone should read? 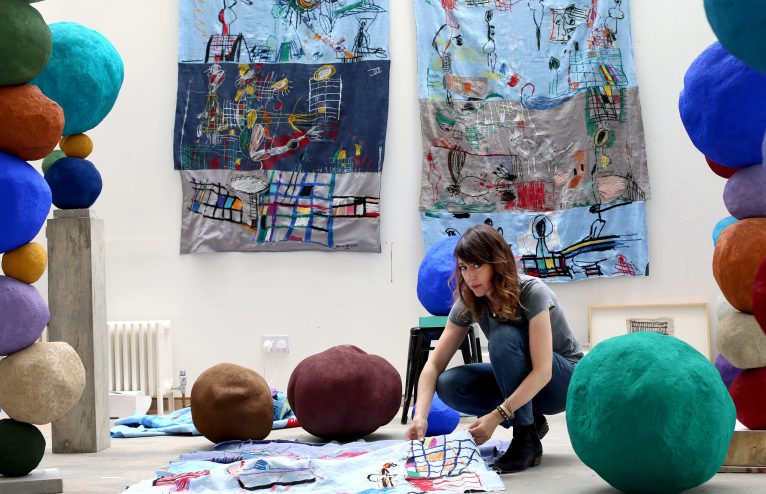 From The Desk Of… Annie Morris