We’re just about halfway into Libra season and it’s already been quite the whirlwind with a full moon in Aries just gone. Expect more thrills, flirtation and play as Venus and electric Uranus coincide on 10 October which also, quite conveniently, happens to fall on the weekend. Life’s a party on 12 October, though the general mood is to refrain from excess indulging.

If travel is on the cards, then a flexible itinerary that can be tweaked with ease would work wonders.

Some people can be around others all day long. Not Capricorn. Alone time is a sacred part of their character and charm. Libra season is all about partnerships, socialising and flirting, and you’re in the spotlight in both work and play. To make the most of the whirlwind that is Libra season, opt for a getaway that promises some solitude, or at least a natural view of some kind for moments of intense contemplation—double espresso in hand (there’s no dilly dallying with Caps). Baros in the Maldives has Capricorn all over it this season for its private location. Beachfront villas have private plunge pools and unrivalled views of the ocean. We can picture it now: eyebrows furrowed, thinking face en action while staring out over the horizon… 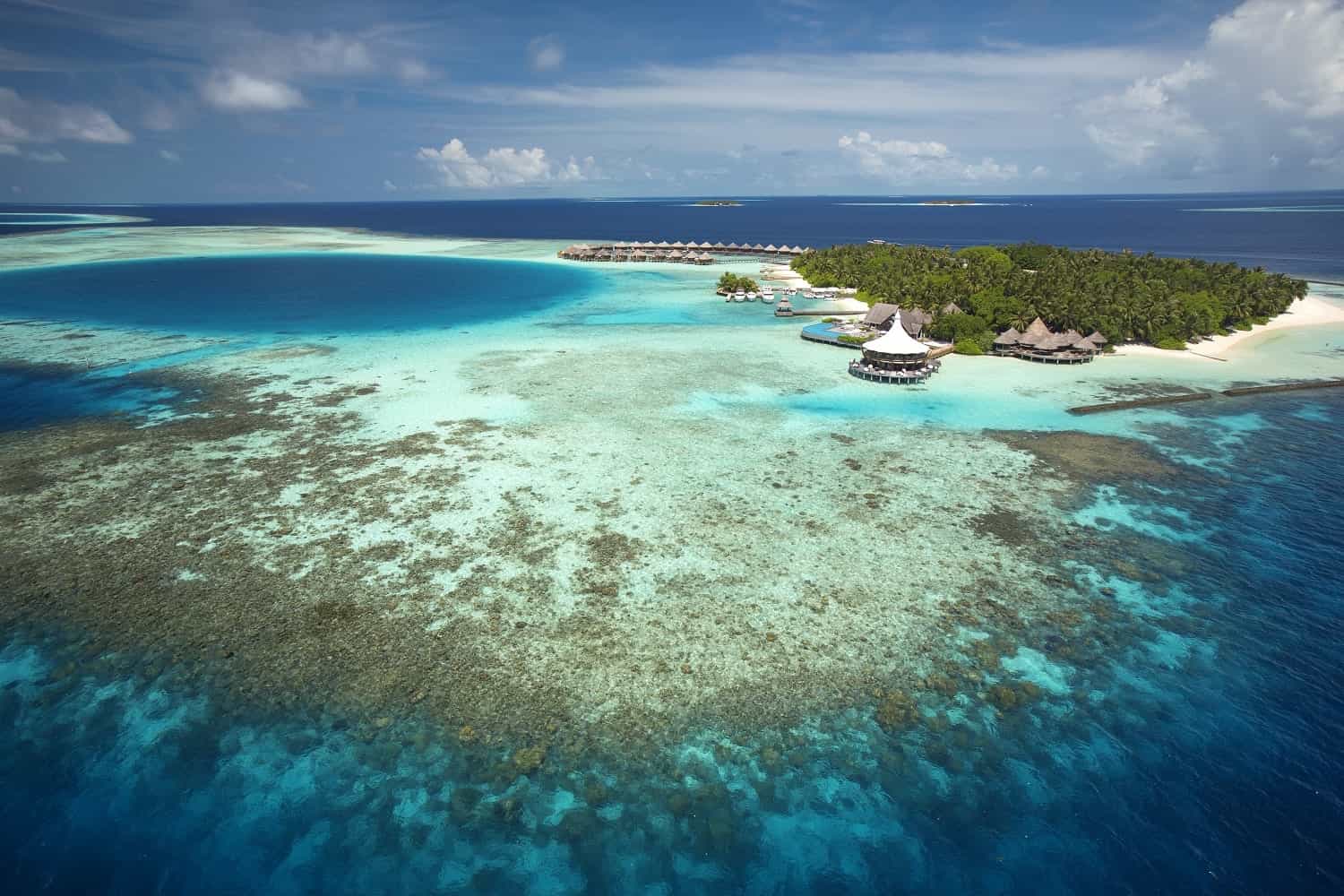 Libra season encourages social justice as much as romance, and fellow air sign Aquarius is often considered the activist of the zodiac. Copenhagen’s latest hybrid hotel, The Audo, stands out for its cooperative spirit and strong focus on community. The fact that it’s located in Europe’s most sustainably minded city is enough to ease the mind of the socially conscious Aquarius. As the sun clashes with Jupiter in Capricorn on October 11, the overall gist of the moment is to avoid excess indulging as much as possible. The Audo’s multi-functional spaces and pared-down Scandi interiors will do just the trick in channelling this headspace. 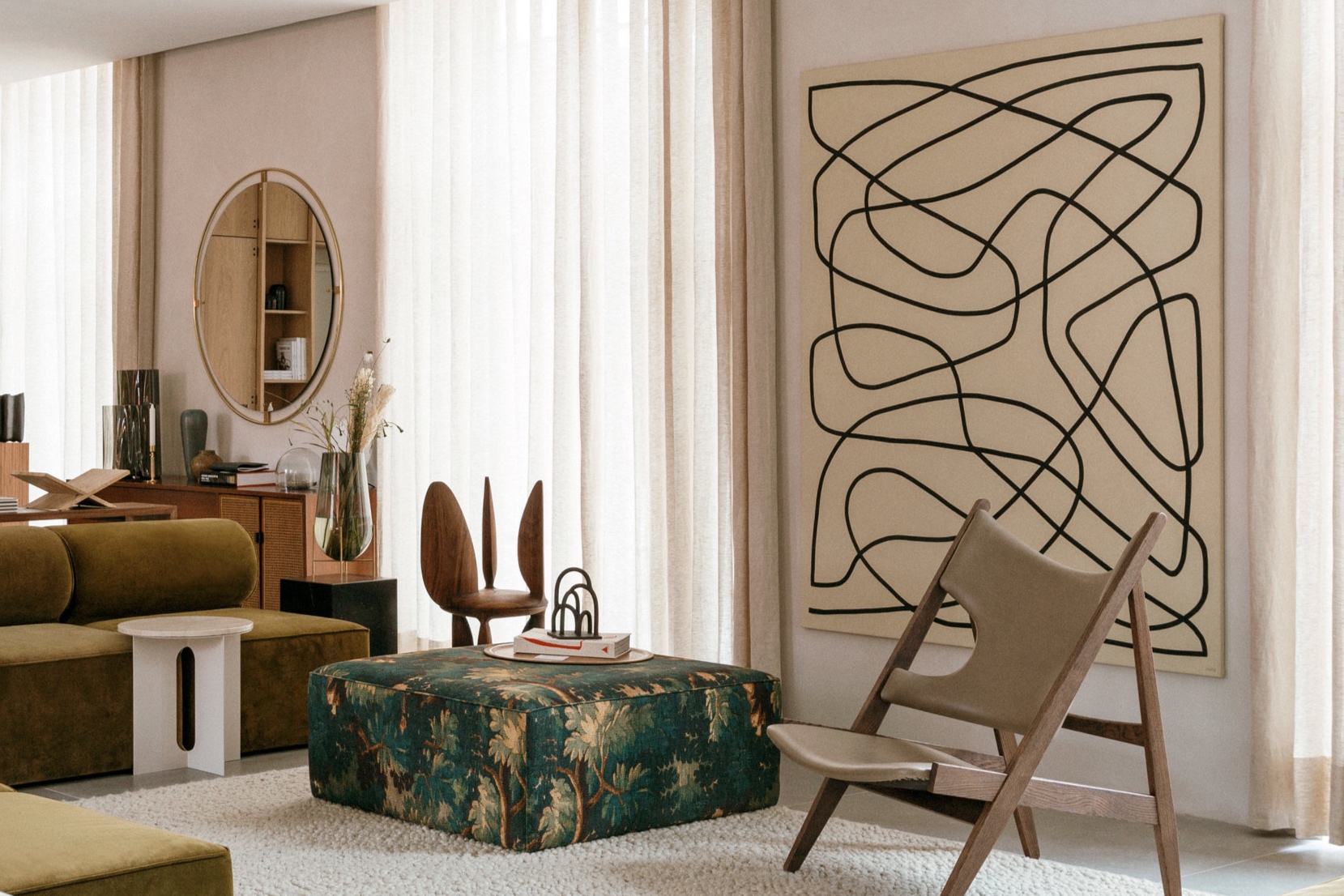 The mood is experimental for Pisces as Venus connects with Uranus on October 10. Amid the play and heightened socialisation, this is a standout moment for getting involved in the most thrilling of conversations and spotlighting your free-spirited nature—which all comes so naturally at this time. Casa Malca’s bohemian chic property in Tulum provides the ideal backdrop for spiritual jungle journeys and enhanced creativity. Inside, the property’s distinct artful style abhors whimsical trends and ticks all the boxes for a meaningful Piscean adventure. 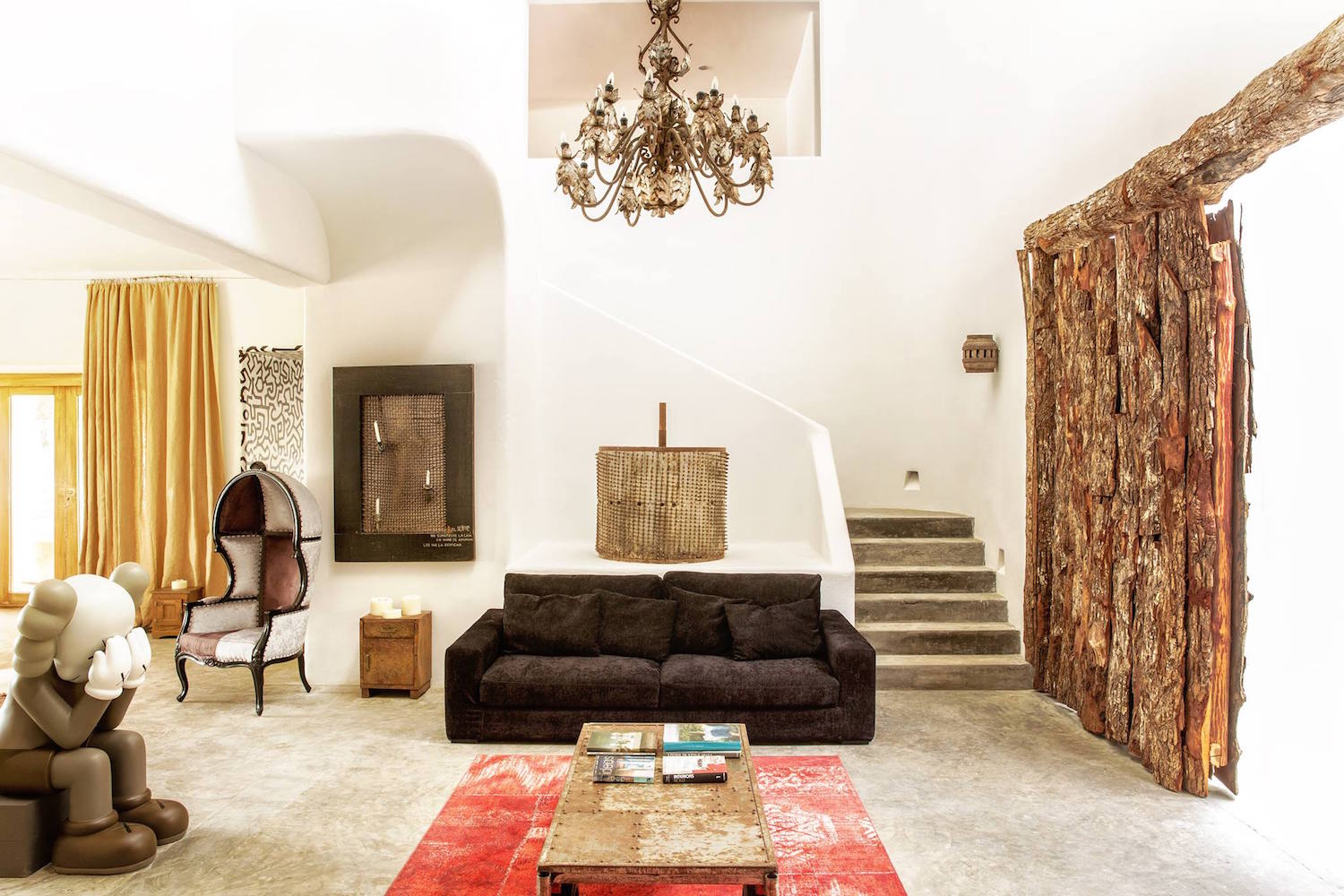 The summer to autumn transition couldn’t be more symbolic for Aries. It’s like a button has been pressed, allowing for a lighter energy and time to reset. This is especially felt as Venus connects with Uranus this weekend. Despite your boundless energy equivalent to a ping pong ball, this healing mood calls for a soothing getaway preferably steeped in nature. Miramonti’s forest sauna and spectacular mountain vistas serve to offer perspective and (dare we whisper it) self-care. Boredom is not an option for Aries, so we’ve carefully handpicked Miramonti for its roster of activities.

Unexpected thrills are on the horizon as your ruling planet Venus connects with Uranus. Themes of unexplored territory and experimentation could lead to a spontaneous short trip for Taurus. This time, you’re going somewhere new despite your rooted nature as a fixy (fixed sign). Don Totu in Puglia has a homely aspect mixed with novelty and style. It’s in your nature to take note of the taupe linen fabrics and appreciate the decorative tiled floors on arrival. It’s also inherently Taurean to relish in the property’s mix of sophistication and creamy simplicity. Plus, a day spent by the enormous pool is a day well spent—and not just for the chlorine’s germ-killing properties.

Libra season is a whale of a time for Gemini because it’s a month of solid social activity. Every year, it’s the time of double-booking glamorous dinner dates and birthday extravaganzas and somehow managing to squeeze it all in. You’re like a butterfly flitting from one pretty petal to the next. To match the mood, Hotel Tivoli Avenida Liberdade in Lisbon is animated by glamour and fervency. The hotel’s sultry rooftop Sky Bar is where we picture you by night making uncanny connections that feel acutely more meaningful as Venus and Uranus meet.

Having a certain level of flexibility would be the sensible option as Mercury in Scorpio opposes Uranus in Taurus on October 7. A few shifts take place for Cancer in between now and October 12 when there’s a sudden flourish of play, and how good it feels. Certain Greek islands are currently on the UK’s green list, including the mythical Greek island of Milos. There’s an added layer of security in the island’s quietude far removed from any neighbouring nightlife. As a natural nurturer, Skinopi Lodge’s modern lodges are extra soothing for your laid-back spirit. The natural colour palette will be the first thing to catch your eye, other than the wildly romantic location and unobstructed views of the Aegean Sea.

Dancing from one moonlit adventure to the next is the norm for Leo. Life is an ongoing party, and Libra season serves to ramp up the repartee. As Saturn is currently in your 3rd House, a short trip here and there has the power to satiate any lingering wanderlust. Pop over to Paros with a small group of your closest pals for movie nights-cum-dance-offs. The bright and airy Villa Senna is an idyllic hideaway and launchpad backdropped by the rock-strewn landscape and widespread coastal views. The farewell dinner party under the handcrafted pergola is a sensational Greek feast concocted by the in-house chefs and will be one to remember. 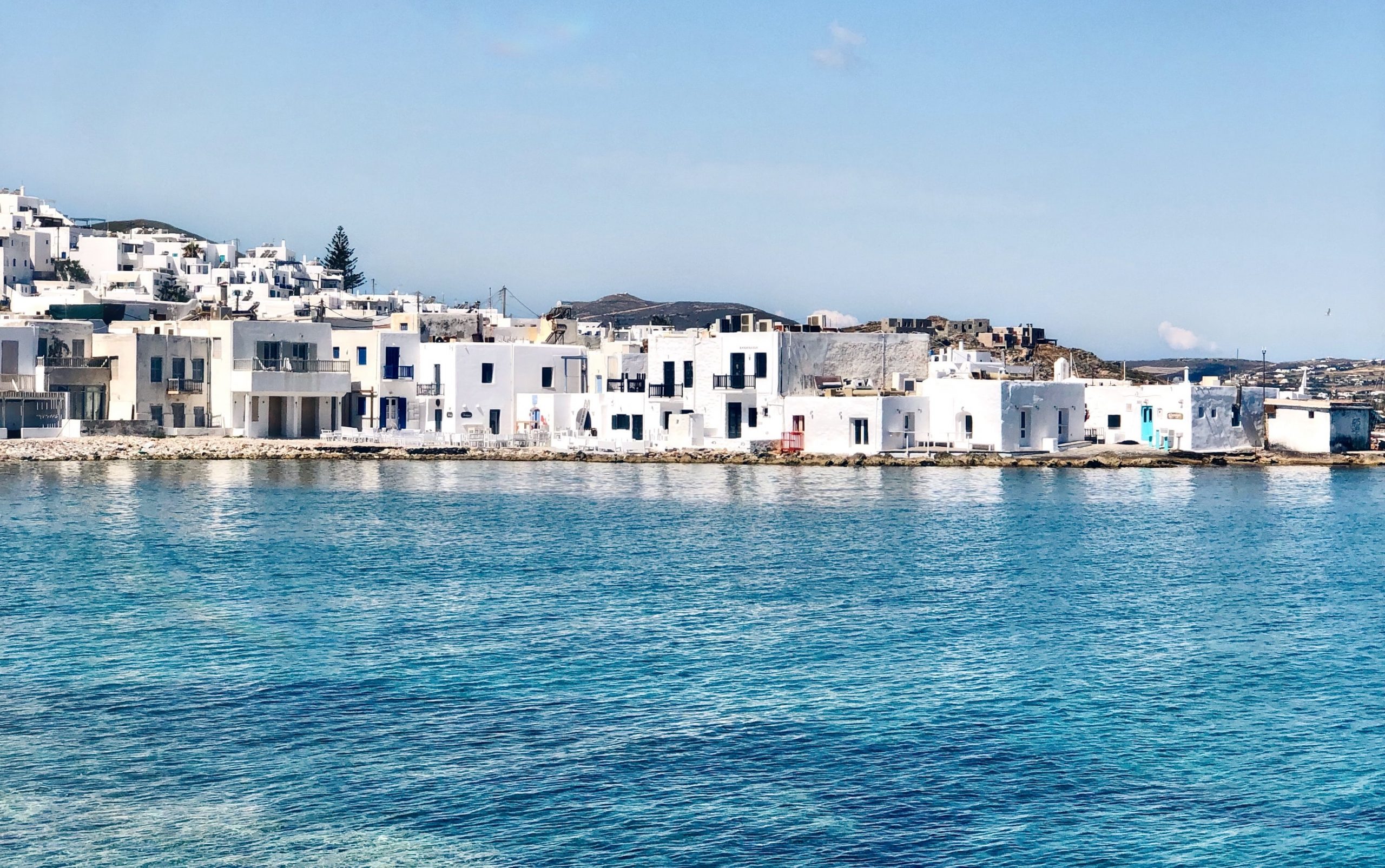 A chance encounter with adventure could be on the horizon as Venus connects with Uranus on October 10, the planet of sudden change and thrills. You might feel an intense need to connect with others and form new friendships. As a sign that craves efficiency, Virgo would relish in Les Roches Rouges’ tactile interiors which have a way of pacifying even the busiest of minds. Artisanal touches, miscellaneous objets d’art and high-quality craftsmanship are soothing qualities on top of the spectacular sea views. 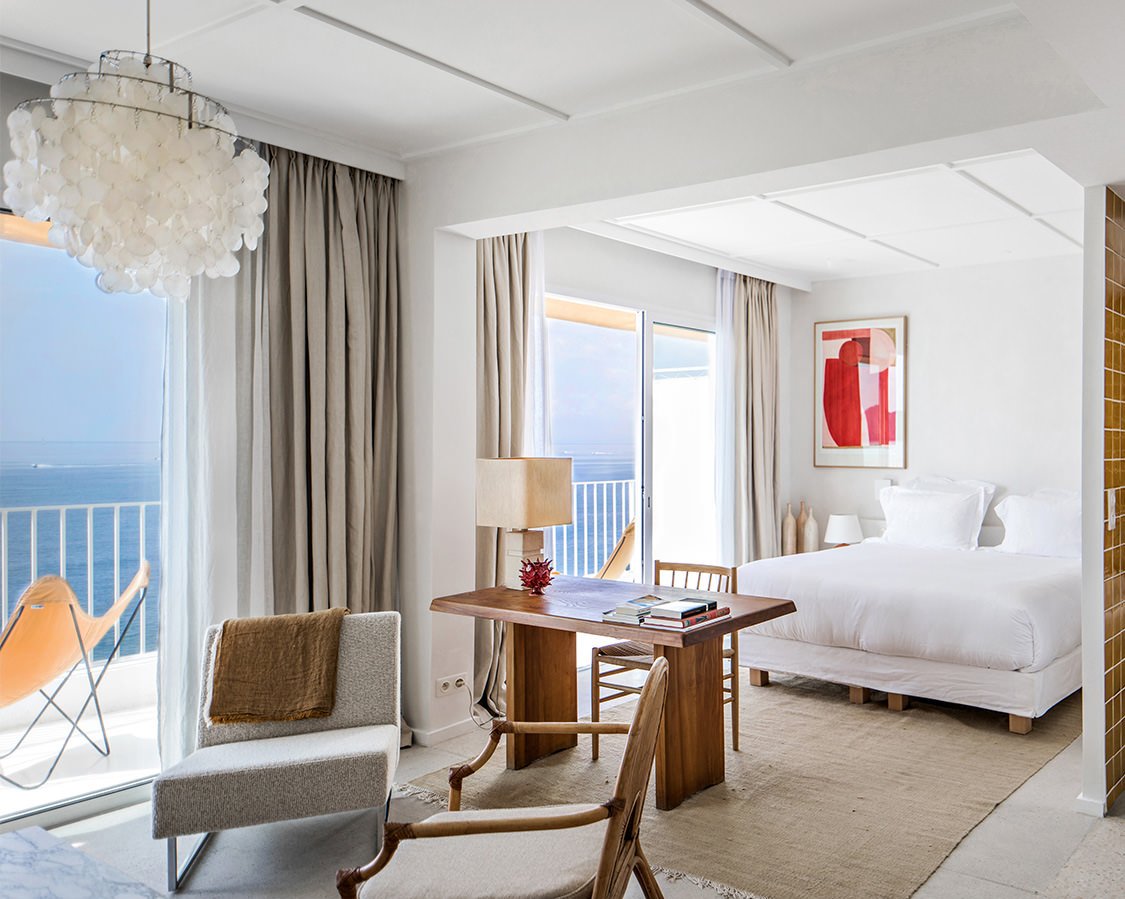 Ramp up the romance, playtime and harmonious partnerships for the most stylish of them all. Happy birthday! Naturally, a celebratory sentiment is in the air—though it would be wise to steer clear from any overindulging. A snug Scandi hideaway feels most fitting as the weather transitions. You’re feeling cosy and snuggly, drawing up images of oat milk hot choc by the fire—the simple pleasures. Arctic Bath in Sweden’s wild north is an architectural masterpiece that floats during the summertime and sits wedged on ice come winter. The river rooms are ideal for couples and have sloped roofs for stargazing. 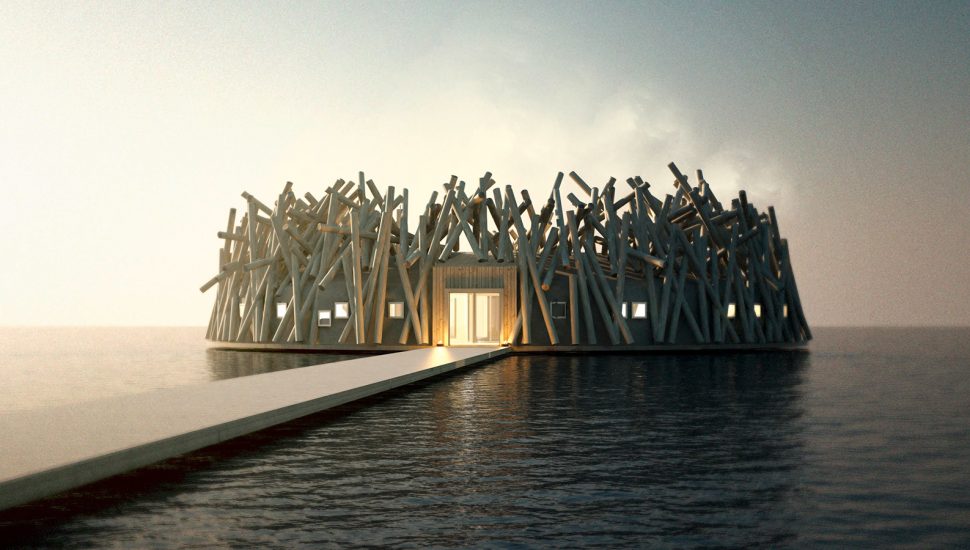 A light and lyrical air might inspire a late summer stop-over for Scorpio. Somewhere to mingle and mooch at leisure even if it’s just for the weekend. This easy breezy sentiment feels even stronger when Venus connects with Uranus and your magnetic aura is enhanced. Cyprus takes centre stage for any persistent sun-kissed cravings as temperatures remain balmy. Anassa Hotel feels typically Scorpio from the neutral tones and organic textures and there’s an opulent spa for a sensual stay. Dinner at Basilko is illuminated by candlelight in true Scorpio fashion. 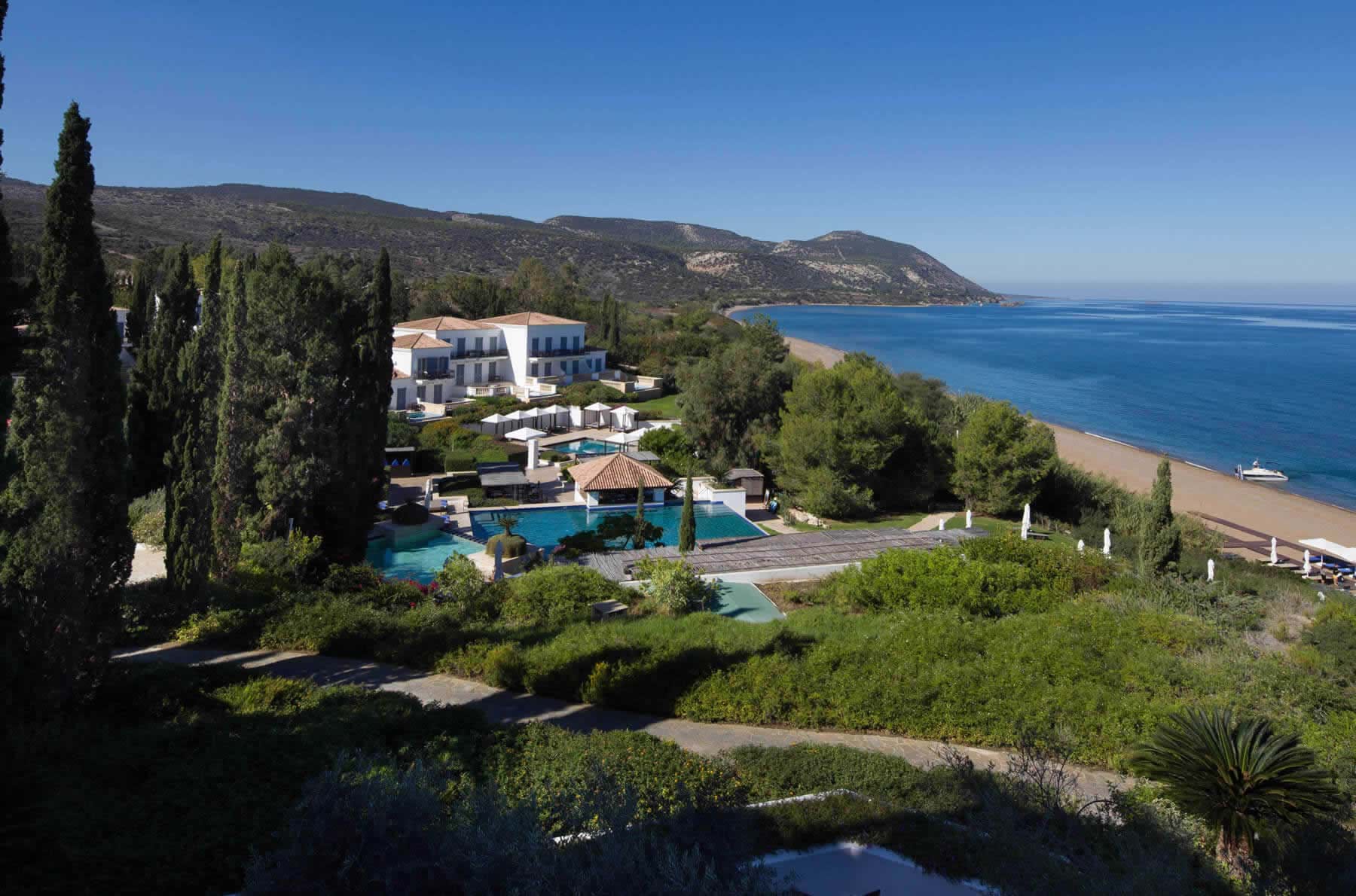 There’s a bit of soul searching going on for Sagittarius amid all of the easy breezy laughter and flirtation this month. A hectic social calendar is part of the cause while mercury performs a backspin in your healing zone. Usually, an adventurous nature means you’d be happy darting around abandoned religious villages, but it’s a contemplative wellness escape that your body really needs. A mountain retreat in the Middle East offers the perfect blend of adventure and down time. Now that Oman has reopened to international flights, Anantara Al Jabal Al Akhdar Resort ticks all the boxes for rest and adventure amid the vast canyons. Spend the morning rock climbing among the craggy cliffs followed by a signature massage post-lunch. 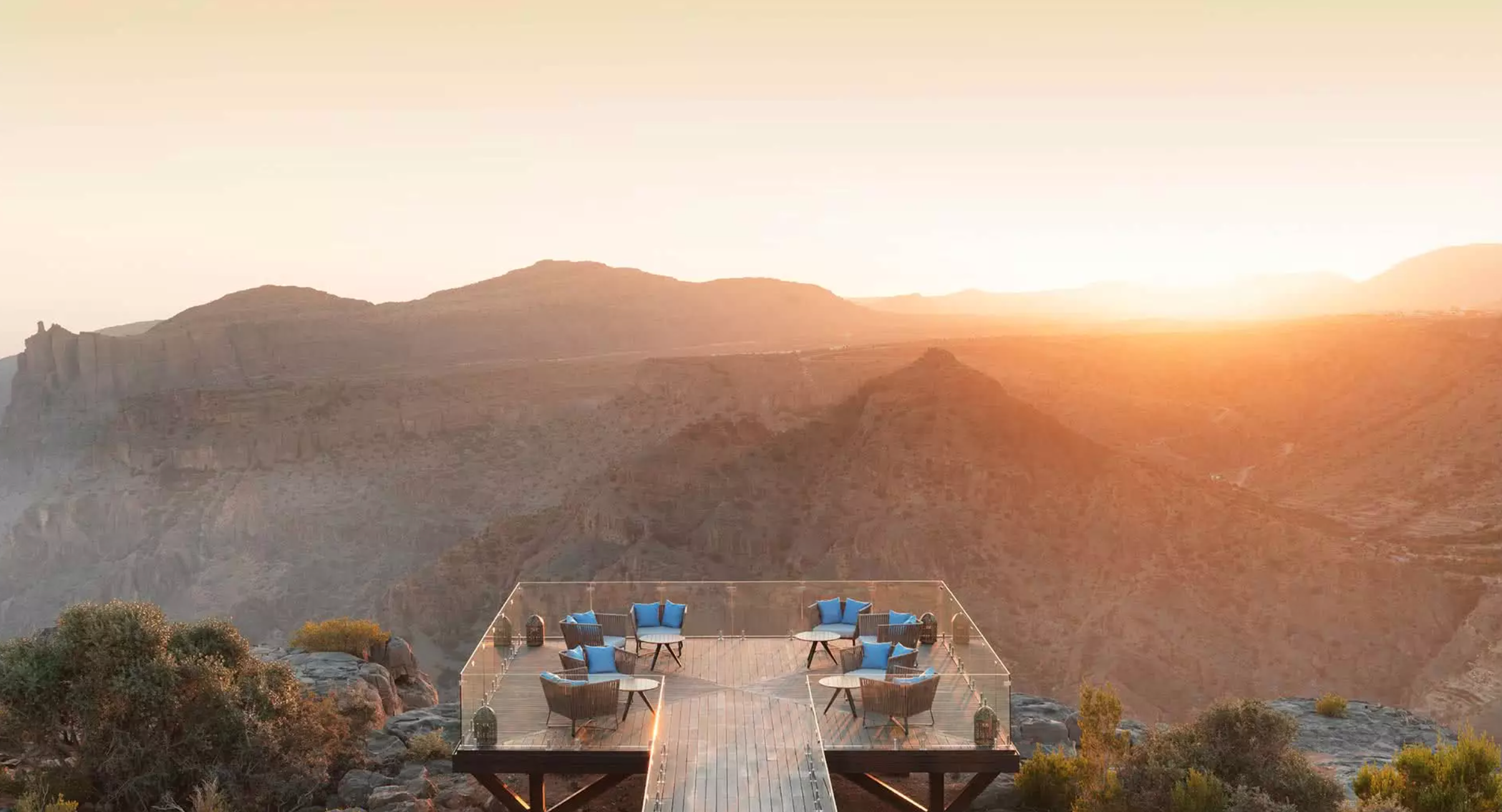 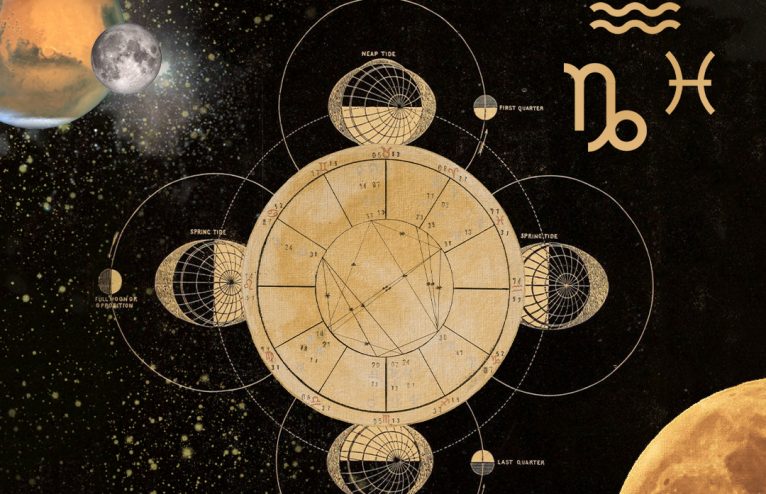