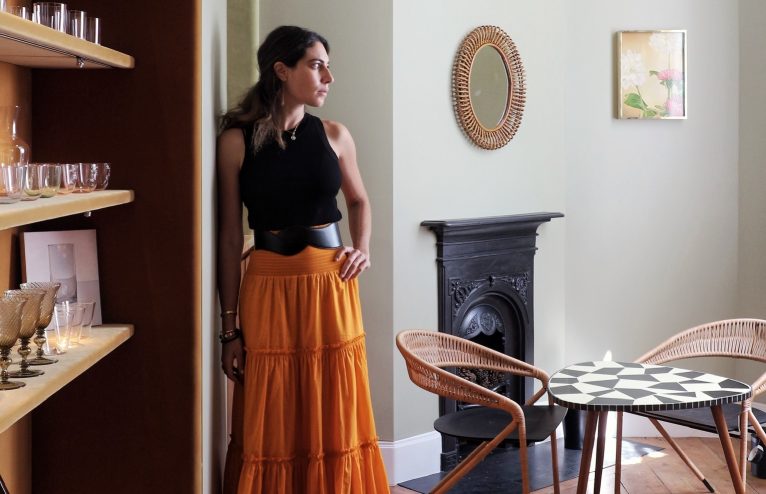 Born in Paris and raised in New York, de Gunzburg’s CV reads like a roll call of the world’s top art institutions, from Sotheby’s and The Margulies Collection to Pace Gallery, New York. An impressive feat – particularly at the ripe age of 30 – today de Gunzburg holds titles at Dia Art Foundation (Founder and Chair of the Dia Art Foundation’s Contemporary Associates) and The Cultivist (Global Senior Director).

Now based in the UK, her most recent turn as founder of The Artichoke saw de Gunzburg consult on the revamp of Marylebone’s storied newsagent, Shreeji, alongside Shreeji founder Sandeep Garg and De Gunzburg’s developer-husband Gabriel Chipperfield. Her signature offering – a curated selection of new and vintage items that are available to shop in Shreeji’s stylish salon. Watch this space though – the savvy scion is busy plotting and planning for future collaborations and other art-related projects.

Which artists can we currently find in your collection?

Our collection is a bit eclectic, from Tracey Emin, to Matt Connors, Sheila Hicks, Conrad Shawcross.

Tell us about the first work you acquired…

I honestly can’t remember! But I don’t think it was anything so memorable.

Is there a recent addition you’re particularly inspired by?

My husband and I recently purchased a work by Wolfgang Tillmans. Usually, I prefer to stay away from photographs, as they are editions, but we had wanted one for a long time so finally gave in.

I would love a sculpture by Simone Leigh and a painting by Lynette Yiadom-Boakye.

Do you have any guiding principles or “rules” as you collect?

Nothing specific. It is hard to not get influenced by the hype around certain young artists, but ultimately we just try to acquire pieces we really love.

Which is more important to you – art’s social or economic value?

For me, it is about buying what I love and have a “coup de foudre” for, while still getting it for decent value. Even if I really love something, I don’t believe in overpaying for it. I consider myself in a very privileged position, with enough relationships to be able to get things on the primary market, and at the right time. If I miss an opportunity, then I just think maybe it wasn’t meant to be!

What clubs and schemes can young collectors get involved in?

I think that young collectors should join young patron programmes of the museum’s whose collection they connect to most. Alternatively, they can join clubs like The Cultivist, which offer a wider offering. 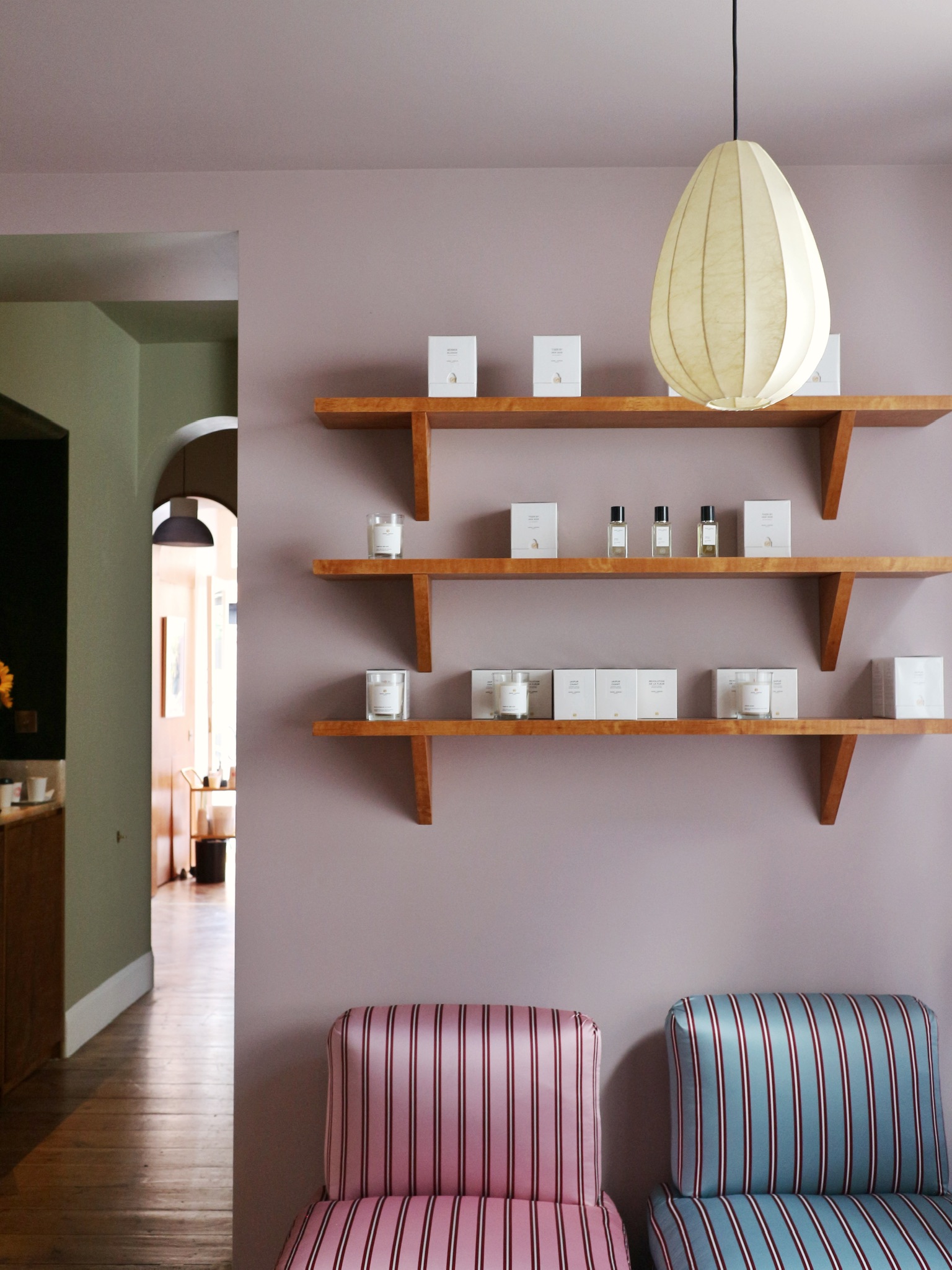 What art-titles are currently on your bedside table and/or reading list?

I recently read “The Unfinished Palazzo” which is about the three women who lived in the Palazzo now known at the Peggy Guggenheim in Venice, and the lavish parties they used to throw.

I got involved with Dia because at the time, Dia no longer had a space in the city, only in Beacon, and I felt that due to the distance, young people were not so aware of the amazing collection and work they were doing for artists. I wanted to help promote what Dia had to offer to my network of friends and peers, because I knew that if only they could learn more about it, they would be just as passionate as I was to get more involved.

You’ve worked at Miami’s The Margulies Collection, Sotheby’s and NYC’s Pace Gallery. Tell us some must-visit art spots in both Miami and NYC?

I have to be honest, Miami has changed SO much since 10 years ago when I was living there. Downtown Miami has since really flourished and become an amazing art hub with The Margulies Collection, The ICA Miami, the De La Cruz Collection, and the new Rubell Family Collection. However, one of my favourite little gems in Miami is the M Building Wynwood. It is owned by collector Cathy Vedovi, and used to be the space where Emmanuel Perrotin had his gallery (he was partners with Cathy). Now they host various shows, have a stunning garden, and even last I went had a pop-up hairdresser.

As for in NY, I would have to say either the Earth Room or the Broken Kilometer. They are both permanent installations in Soho by Walter Di Maria, owned by Dia.

The US, the UK, and China remain the world’s three major art hubs. Who are some of the most exciting young artists in each?

There are so many great up and coming artists, such as Alvaro Barrington, who’s work I have been looking at for the last two years and continue to be drawn to. I also really like Josh Sperling and Loie Hollowell.

You travel a lot, what’s your take on souvenirs/ momentos?

They always feel like a good idea in the moment, and then you get home and they all feel a bit out of place.

You recently relaunched Shreeji News in London’s Marylebone, alongside Shreeji founder Sandeep Garg and your husband Gabriel Chipperfield. Tell us some of the arts titles Shreeji stock which we should gather like collectables?

This is really hard to say but I am a big fan of Garage Magazine, Luncheon and Cabana. I would also need to include Domus, especially since my father-in-law is the guest Chief Editor this year. 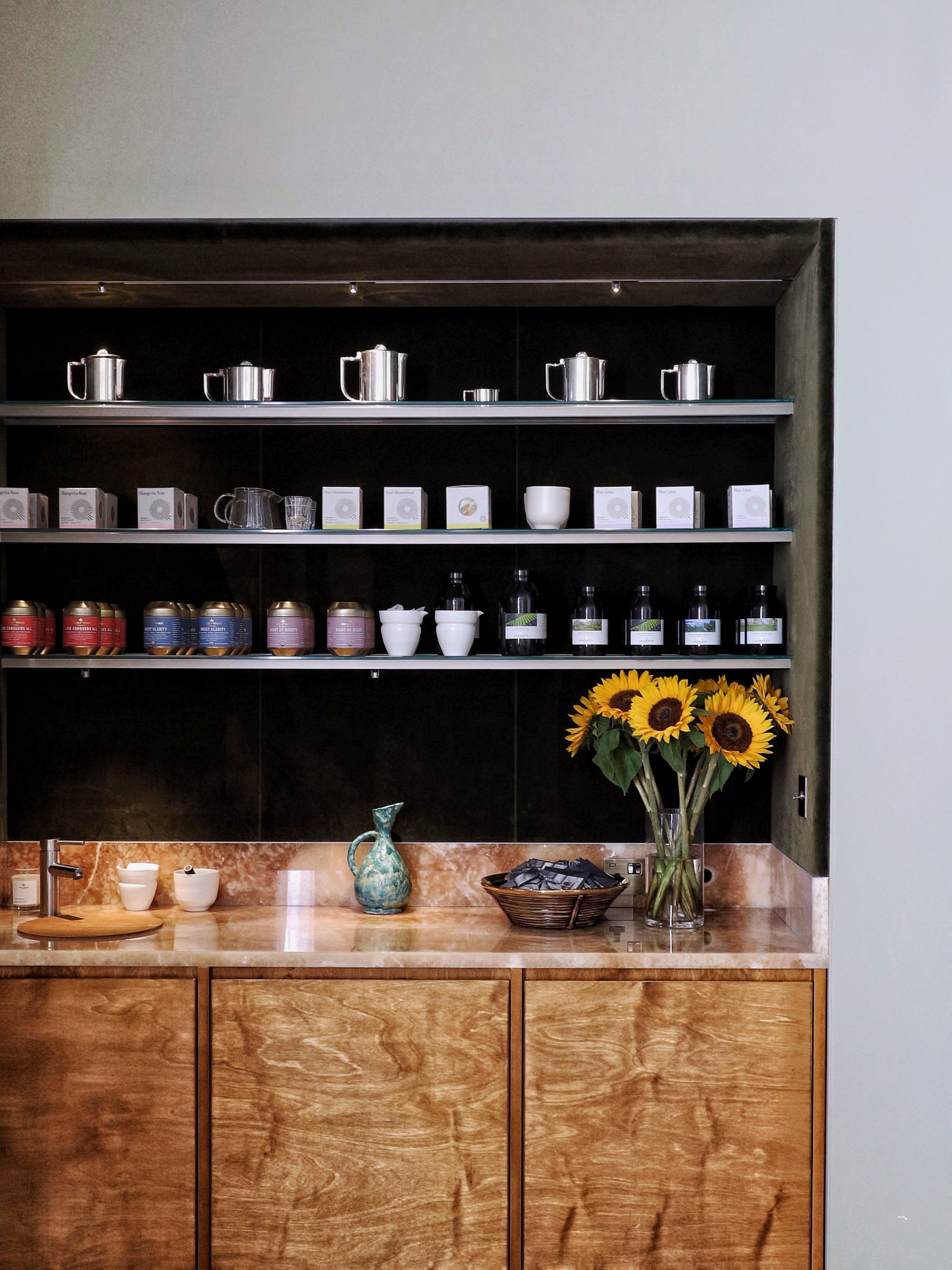 Tell us about your latest venture, The Artichoke. Might it fashion as an exhibition space in the near future? What work would you most like to show?

I am still trying to work-out exactly what The Artichoke will be. I have always loved to collect homeware and design pieces, especially on my travels. But Gabriel is a minimalist and feels I am cluttering our home with my habits. I always said to him, “one day I will have a shop that looks and feels like a home, in which I can just have all the things I love”. So this was a bit the idea with The Artichoke. That being said, retail isn’t what it used to be, so I really want to focus on the experience of it all. I want my clients to feel like they are coming into a “world’’. At the moment, I am developing a marketplace for The Artichoke, where I hope to have a wider selection available. The space will then operate as more of a showroom, so that it can allow for more collaborations and other projects, such as an art show I am working on curating with a few of my good friends! 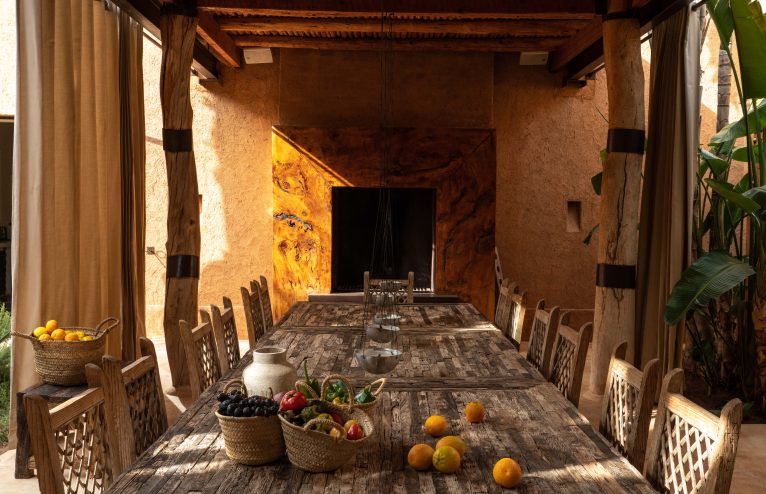