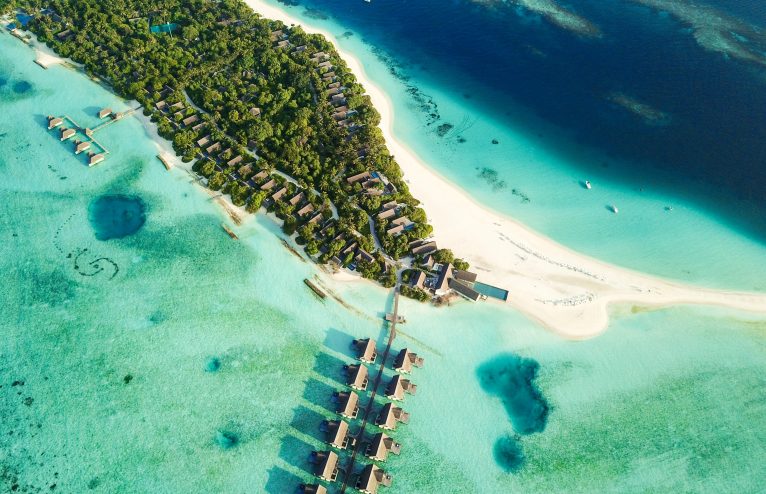 Meet The Women Spearheading Marine Conservation In The Maldives

Its coral reefs teeming with tropical fish, sea turtles, and rays make the Maldives a wonderland for divers and snorkellers. But due to overfishing, pollution, and climate change, the atolls’ marine ecosystem is also one of the most fragile on the planet.

Determined to help preserve it for future generations, five women with a passion for the underwater world have launched innovative conservation projects at the Maldivian eco resorts where they work as resident marine biologists.

Their efforts highlight how regenerative tourism has the power to affect change on a global scale – not least by inspiring us all to play a part in saving our seas.

Often described as a surreal and magical experience, swimming with manta rays is at the top of many people’s bucket list, and one of the best places in the world to do so is in the Baa Atoll’s Hanifaru Bay. During the season between May and November squadrons of hundreds of reef mantas gather here to feed on plankton, and often the gentle giants are as curious about humans as we are about them and will come up close to snorkellers – a humbling encounter. But as their environment is under threat, so are the mantas.

“With climate change worsening it not only threatens the survival of the reefs, where the mantas go to get cleaned by little reef fish, it may also affect the currents and winds, which in areas like Hanifaru Bay bring the food,” explains Beth Faulkner, who manages the Manta Trust’s research base at Four Seasons Landaa Giraavaru in the Baa Atoll. In addition to educating guests about manta rays while leading snorkelling safaris, her work tracking their movements and behaviour helps the Maldivian government decide which areas need further environmental safeguarding.

Beth, 27, from Devon, is also planning a new study that will help determine the times of year when mantas court and the point in their growth at which they become sexually mature. “If my colleagues and I can prove that mantas are slow-growing and don’t reproduce very often, it will show that they’re a species that needs to be protected worldwide, and we can then encourage other countries to improve their conservation efforts,” she says.

So what can the rest of us do? “A key principle we teach is to interact with marine wildlife respectfully – never chase or touch the mantas. And on a day-to-day basis, doing our best to cut down on our use of fossil fuels by for example choosing green modes of transport all helps protect the oceans.”

It was witnessing the devastating impact of the 2016 El Niño event, when rising sea temperatures caused 75 per cent of the coral in the Maldives’ shallow reefs to bleach and die, that led Pip Roe into her area of specialism in tropical marine biology. Determined to help save the country’s rapidly disappearing reefs, Pip has been researching their recovery. Many resorts run coral restoration projects but it’s not always effective, says Pip, the head marine biologist at Six Senses Laamu. “When we tried it we found that only certain species survived. If we were to only plant those we would be lowering the reef’s biodiversity.”

Instead Pip is leading a study into the corals’ natural spawning process. “In the Maldives not much is known about when they reproduce,” she says. “From other locations we know it’s normally once a year and linked to the lunar cycle. But here we don’t know which species are spawning when, and that is critical. If there is a wide variety reproducing naturally, human assistance such as reef restoration may not be needed.” The study will also pinpoint areas in the atoll that need to be better protected from development, she adds.

Pip, 29, from the Midlands, has a permit to take tiny samples of coral to check for eggs. “That way we should be able to estimate within a few hours when the spawning will happen, rather than swimming up and down the reef at night for weeks,” she explains.

The year-long project aims to catalogue the spawning period for some of the most sensitive corals in the Maldives, and the findings will be shared across the country to inspire similar studies. “We all want the atolls to be here for generations to come, and preserving them will require a collective effort,” says Pip. “There are lots of organisations and resorts ,both in the Maldives and globally, doing important research to address the issues these ecosystems face. On an individual level you can help support this by planning your holiday with sustainability in mind.”

“A lot of tourists don’t like seagrass, they think it’s ugly, which is why many resorts here in the Maldives remove it despite its crucial role in the ecosystem,” says Lara Kalisch, a resident marine biologist at Hurawalhi in the Lhaviyani Atoll. “People don’t realise that seagrass protects the coastline from erosion and absorbs carbon dioxide – without it, global warming would be significantly worse. It also filters the water from sediment and pollutants, which is vital for the coral reefs to thrive. ”

To raise awareness of its importance, last year Lara launched an initiative dubbed ‘Seagrass Sunday’, an opportunity to snorkel across the resort’s vast marine meadow encountering a variety of creatures that use it as a nursery ground or feeding station, including dozens of fish species and endangered sea turtles.

Guests also learn the scientific technique for surveying seagrass health by measuring its height, species composition, and algae cover. “The idea is to hopefully change perceptions. Seagrass isn’t ugly, and it’s nothing to be scared of,” says Lara, 26, from Heidelberg, who as a child learned to snorkel before she could swim and went on to study marine biology in her native Germany, as well as in the Seychelles.

Feedback on the activity has, so far, been overwhelmingly positive, she says – it helps that Hurawalhi, with its island-grown organic produce and use of solar power, generally attracts an eco-conscious crowd. “It’s very rewarding to see how going seagrass snorkelling can inspire people to want to tread more lightly on the planet,” she adds. “I get a lot of questions from guests about what they can do to help care for our seas and I always say that it’s about lowering our carbon footprint by making more environmentally sound choices, like reducing our food miles and switching to a renewable energy provider. Even small changes make a difference.”

The sight of newly hatched sea turtles making their way from the nest to the shoreline before being swept away by the waves is both life-affirming and poignant as we know only one in every one thousand will make it to adulthood. Even then, the threats they face range from plastic pollution to getting hit by boats, entangled in fishing nets or killed for their meat or shell. As a result, all six sea turtle species found in The Indian Ocean are in danger of extinction. One Maldivian resort trying to make a difference is The Nautilus in the Baa Atoll, where Mariana Pereira, 31, works as a resident marine biologist. Alongside coral restoration work, she rescues injured sea turtles and is planning a project to protect nesting turtles and their eggs, which are often dug up by poachers and sold at local markets as a delicacy. “There is a lot of work to be done to make sea turtle conservation a priority in the local community,” she says, “and it’s crucial to get the message out that it will benefit the tourism economy.”

Her idea is to encourage locals to report sightings of nests so that they can be monitored, and to turn turtle hatching into a guest experience. Long term, Mariana, from Porto, would like to replicate a project she facilitated in Cape Verde where she recruited poachers to work as turtle rangers, patrolling the beaches to guard nests. “It was amazing to see how their mentality shifted,” she says.

In the meantime, she collaborates with the Olive Ridley Project, an international charity, by logging turtle sightings into a central database used to determine priority conservation actions. “One of my objectives is to help lobby the Maldivian government to set stricter speed limits for boats in turtle hotspots,” she says, “though the tricky part will be enforcing them.”

Guests wanting to get involved can go snorkelling or diving with Mariana to photograph the turtles, which are identified by their facial scales. Whenever they find one that’s not yet in the database they can even name it, an experience she hopes makes a lasting impression. As she says, “Change has to come from all levels, and if we can raise awareness of these endangered species among the younger generation in particular we have more hope for the future.”

“We all have an ecological impact – even the smallest creature – and it’s important to understand how we are all interlinked,” says Amanda Batlle Morera, the resident marine biologist at Kuramathi in the Rasdhoo Atoll. To highlight the connection, she launched Plankton Tuesdays, an excursion where guests collect plankton while snorkelling with manta rays and later inspect their haul under a microscope in the resort’s laboratory. People are amazed that not just fish and crustaceans but even mantas and whales feed on the tiniest organisms in the sea, she says, and horrified to also spot microplastics and microfibers in the sample. “Suddenly it becomes very clear that marine pollution is a threat throughout the food chain, ultimately affecting human health given that most of us eat fish and other seafood.”

The lab workshop tends to prompt discussion about everything from fast fashion to plastic waste, a hot topic in the Maldives where recycling facilities are limited. Kuramathi works hard to tackle the problem – its bottling plant cuts out the need to buy 300,000 water bottles a year, and the shower products are in refillable dispensers. Once a month staff carry out land and sea clean-ups and send recyclable waste to the local branch of Parley for the Oceans, an environmental nonprofit. There are also signs across the resort encouraging guests to pick up any rubbish they may find washed up on the beach and put it into the recycling bins that are dotted around the island. Amanda, 37, from Barcelona, hopes people take the litter-picking message with them when they return home. “Plastic that ends up in the sea floats for many thousands of miles until it eventually forms part of one of the giant collections of debris created by the currents,” she explains. “We have one here in the Indian Ocean and the largest one is the Great Pacific Garbage Patch, an area three times the size of France.”

We can all take steps to buy a lot less plastic, says Amanda, a point she makes in her sessions with both hotel guests and local schoolchildren. “I would like to think that what we teach here inspires new ocean ambassadors, and has a ripple effect across the globe.” 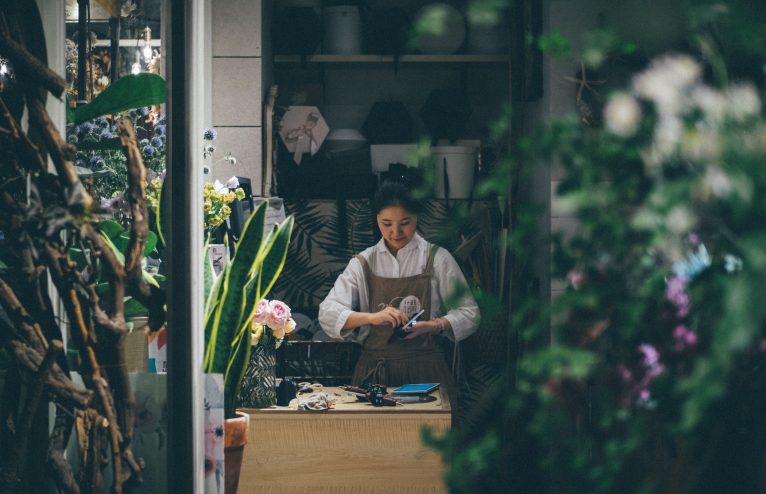 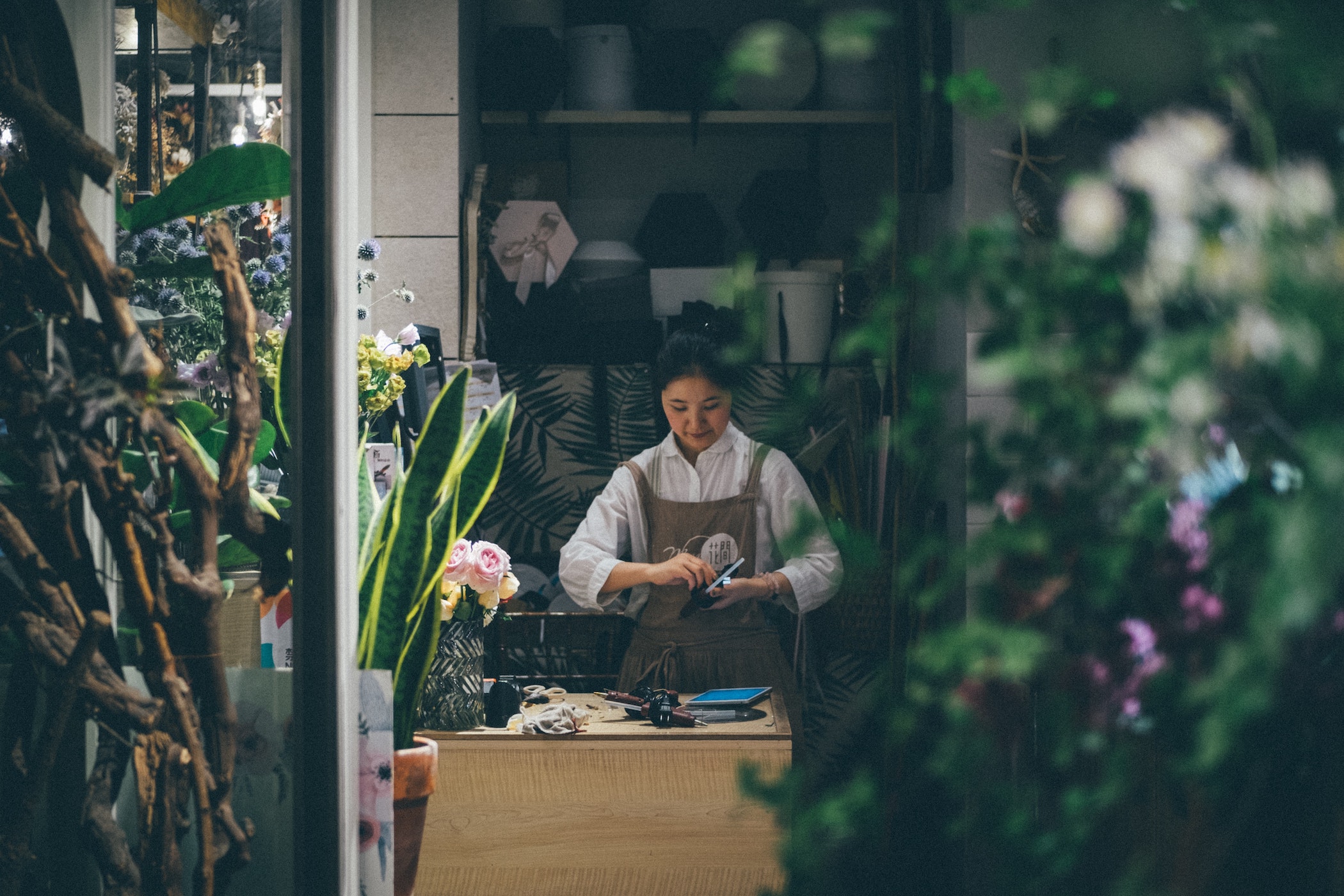