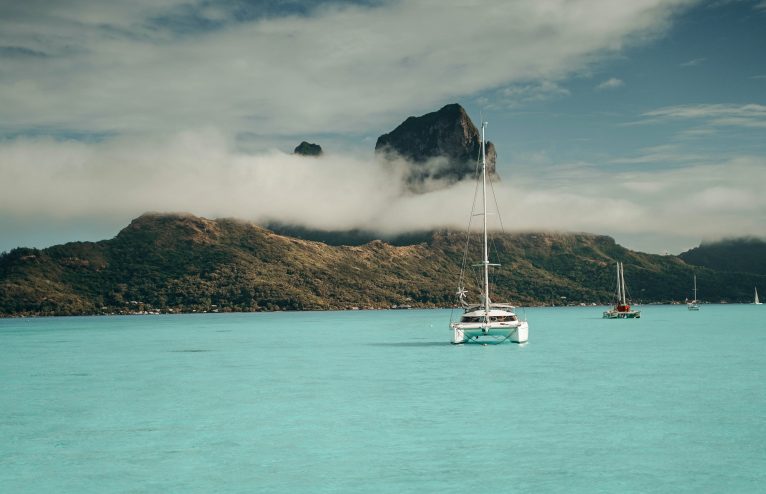 If you’re planning to head to Tahiti this year, why not spend some time actually on Tahiti?

When most people say they’re going to Tahiti, they usually mean that they’re headed to French Polynesia – most likely Bora Bora, Taha’a, or another one of the luxurious destinations within the Society Islands.

But there’s an actual island called Tahiti. Its capital is Papeete and it’s the country’s political centre and home to the international airport. That means that nearly every visitor to the country comes through Tahiti, but very few stay for more than an airport layover. That’s a mistake, as the island of Tahiti is tropical, beautiful, and easy to explore.

If you’re coming from Los Angeles or San Francisco, you’ll be thrilled to learn Papeete is just a seven-hour direct flight from the West Coast. If you’re coming from New York or London, you’ll have a longer journey, but if you’re already planning an extended trip to the West Coast, it’s easier than you’d think to add on a week in Tahiti: flights from San Francisco start around $650 USD. It’s barely further than Hawaii.

So before you book a tight connection and see no more of Tahiti than its airport, why not spend a few days in the island capital? There’s plenty to do for discerning travellers on the island, as our 48 hour guide can attest. 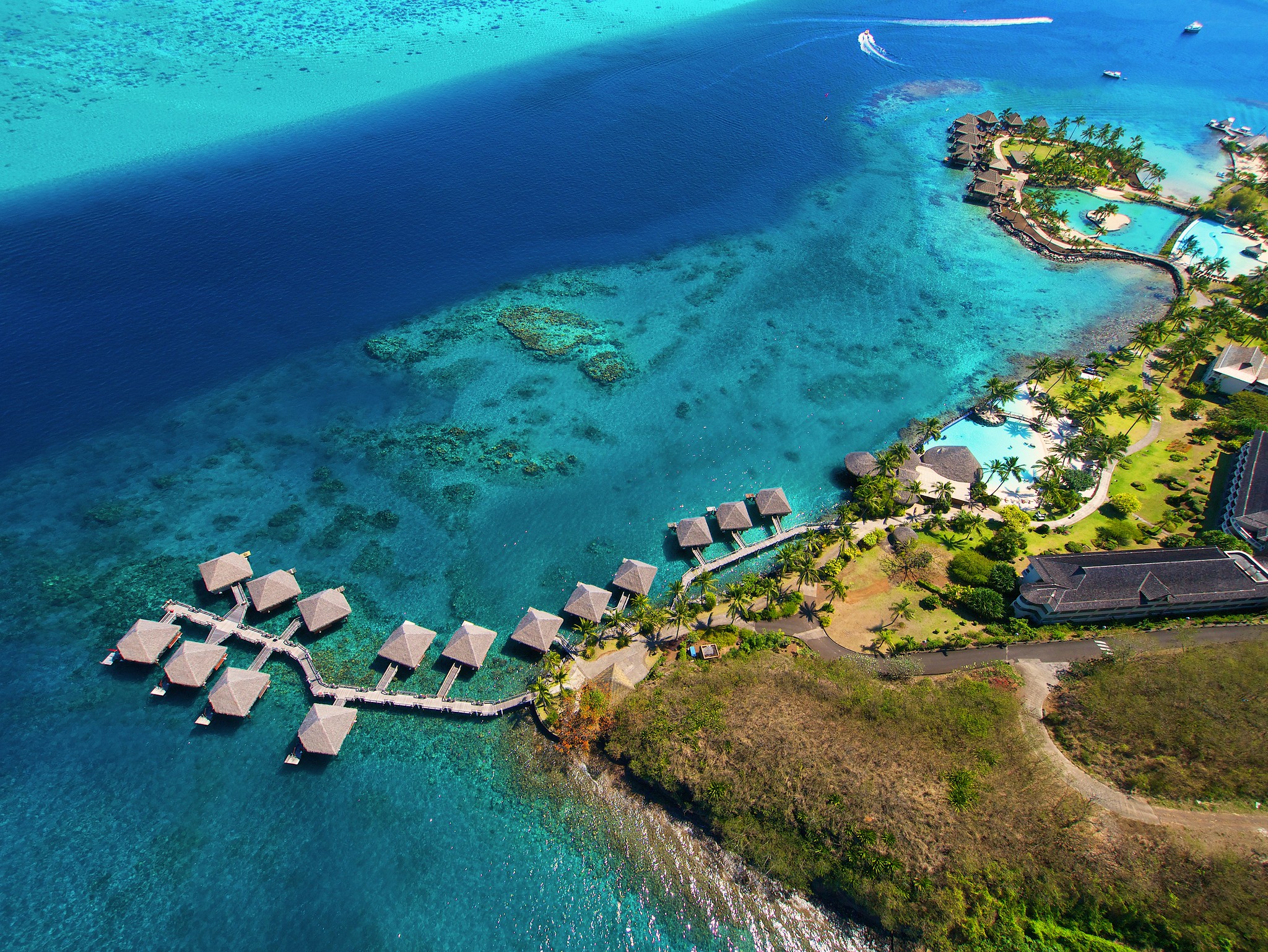 Though it’s perfect for honeymooners, the Intercontinental Tahiti is one of the closest hotels to the airport – but this is no standard airport hotel. An open-air reception area looks out over a huge infinity pool lined with loungers and covered sun beds, and beyond that, a man-made turquoise-blue lagoon separates the hotel and the sea (and yes, you can snorkel in it.) Rooms themselves offer the elegance you’d expect from an Intercontinental and look out over either the lagoon or 25-acre garden.

If you want an even more luxurious experience, you’ll likely be interested in the property’s overwater bungalows. The over-water rooms have traditional Polynesian styling with modern amenities like air conditioning, soaking tubs, and massive sliding doors that open to private decks and the ocean beyond.

Just a few miles north of Papeete is the Manava Suite Resort Hotel. The all-suite hotel has enormous rooms complete with sitting areas, kitchens, and private balconies. But the real draw to the property is the fantastic outdoor area, complete with an artificial snorkelling lagoon, an oceanfront infinity pool with a swim-up bar, and an outdoor restaurant and an open-air lounge. The outdoor space is illuminated at night in white and teal lights, creating an inviting atmosphere that’s both romantic and lively. It doesn’t have a party, late-night vibe, but if you want to sit outside in the evenings listening to music with a cocktail or two, you’ll love Manava Suites. Rooms look out across the ocean to Moorea, offering fabulous sunsets against the silhouette of Mount Tohivea.

Part of the high-end Pearl Resorts South Pacific hotel chain, Le Tahiti is on the north side of the island on Matavai Bay. While it’s a little further from Papeete, it’s extremely close to some of Tahiti’s best outdoor activities, like the Fautaua waterfall and many of the north shore’s black-sand beaches.

When you’re not exploring the island, you can visit the poolside lounge under the tall, swaying palms or have dinner lit by tiki torches next to the resort’s private beach. Le Tahiti is also home to the highly regarded Tāvai Spa and boasts evening Polynesian dance shows twice a week. 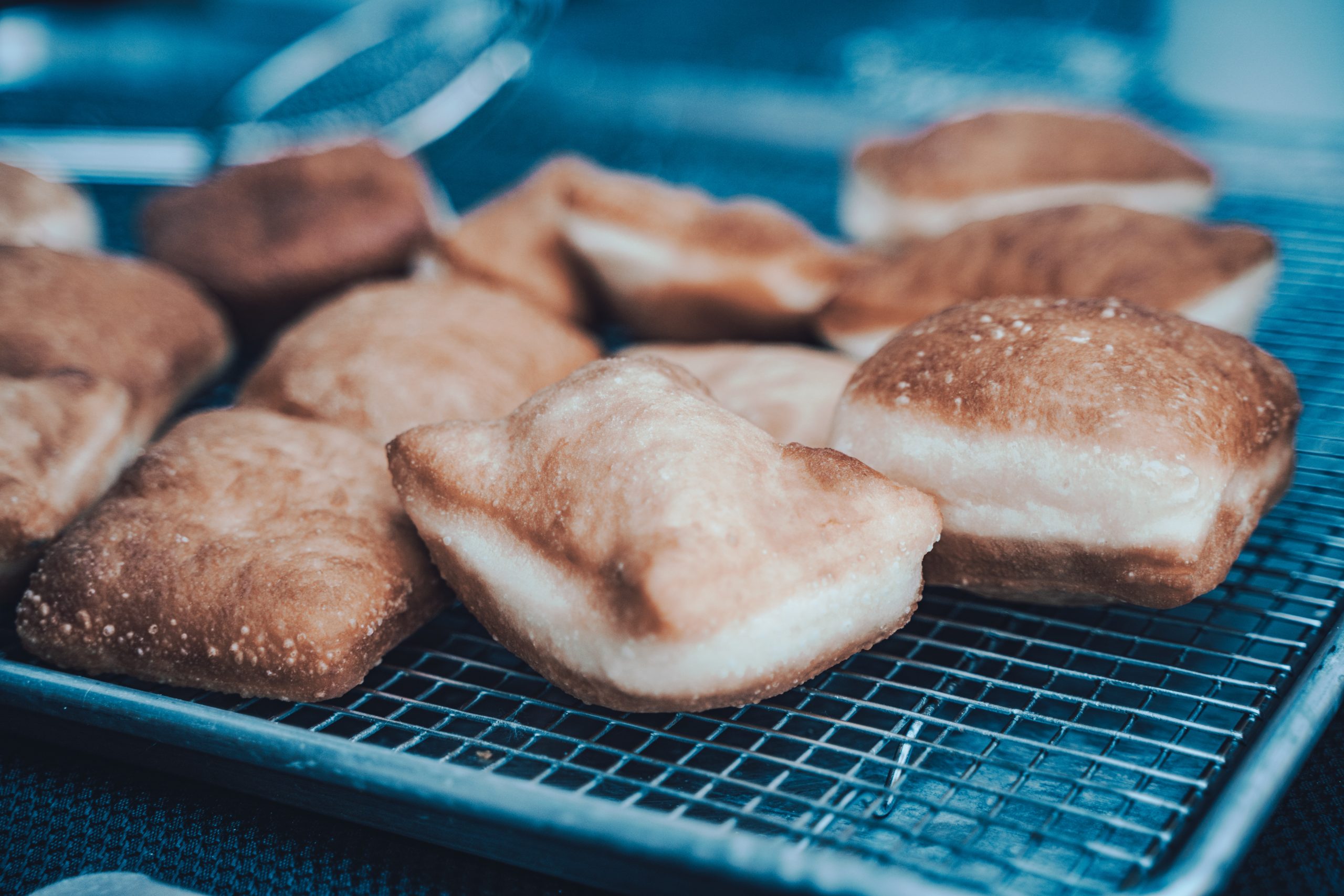 Like Brooklyn and San Francisco five years ago, Tahiti is very much going through a food truck craze. Some of the island’s most-celebrated chefs have gourmet trucks set next to more low-key offerings with traditional dishes like freshly made poisson cru (raw fish) and sweet pastries (akin to a Tahitian beignet).

The top spot in Tahiti is Vaiete Square in downtown Papeete. Make sure to do a complete walk around the vendors before starting to sample, as the food trucks in attendance change day-to-day. Note: have French Pacific Franc (XPF) on hand as most trucks won’t take credit cards. Vaiete Square can feel like a downtown street festival on the weekends, so expect a social atmosphere on Friday and Saturday nights. 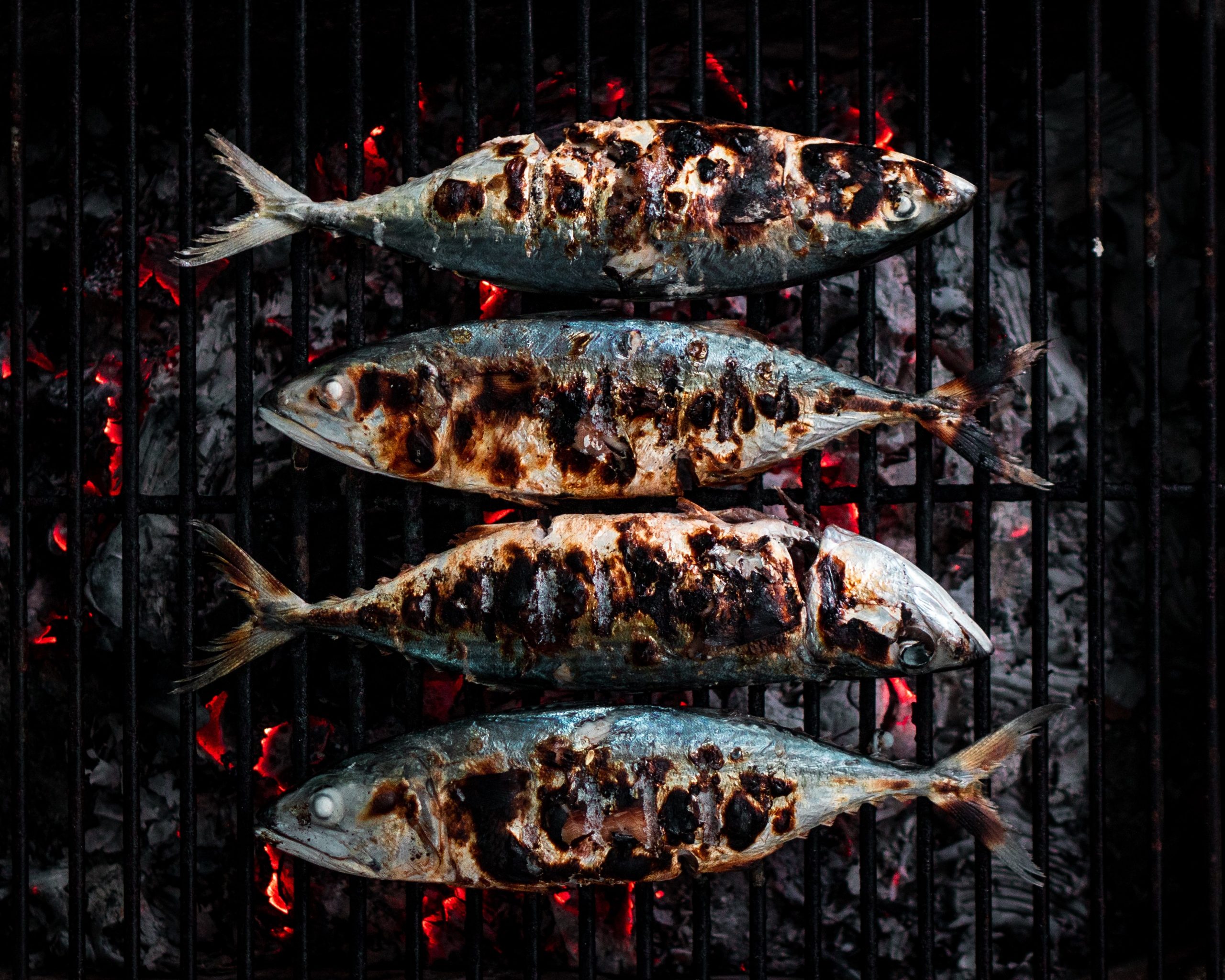 Tahiti is technically a territory of France, and while that has its pros and cons for citizens, it’s primarily pros for travellers – Tahiti has an incredibly fresh and flavourful food scene, heavy on French influences. Cafés and French restaurants are easy to find, but one of the best on the island is L’O à la Bouche. Under the guidance of one of the island’s most esteemed chefs, the menu features French-Tahitian fusion dishes like caramelised mahi-mahi with honey drizzle or rack of lamb with potatoes and ginger. You’ll almost certainly need a reservation. 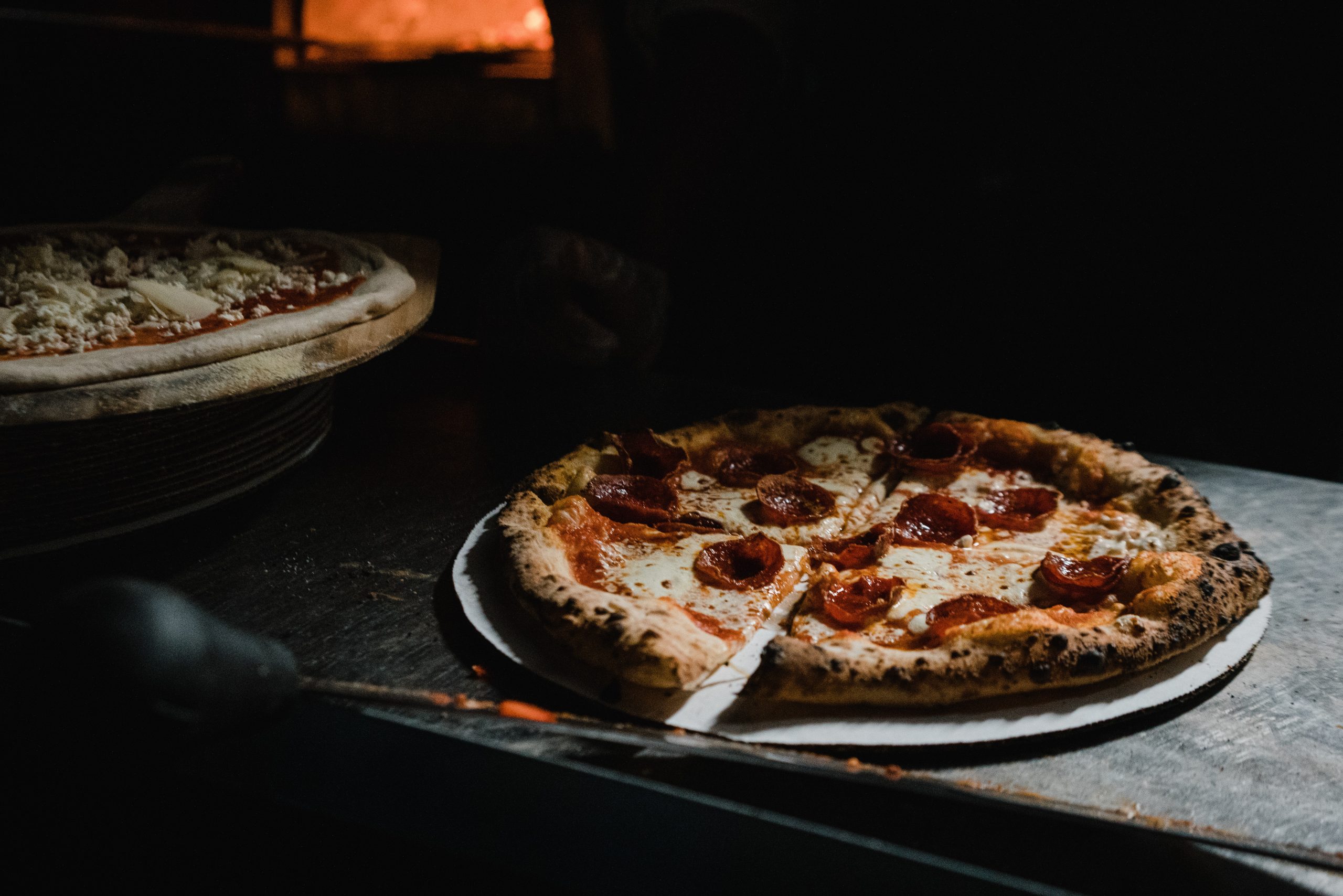 While Blue Banana Tahiti looks fairly spartan from the outside, once inside, the restaurant opens up to a huge deck overlooking the lagoon with Moorea in the distance. The menu, scribbled on a chalkboard, changes daily and will be brought to your table when it’s time to order. While offerings depend greatly on whatever the local fisherman caught that morning, you can expect reliably tasty seafood dishes, tuna and salmon tartar, curries, and expertly grilled fish. They’re also well-known for their pizzas, which can make a great shared appetiser while enjoying cocktails and wine on the patio.

Sunsets from Tahiti are like no other, especially with the silhouette of Moorea in the distance to the west. While most high-end hotels will have beach bars positioned to enjoy the views, it’s worth spending one evening watching sunset from the water.

If you don’t mind a tour with others on board, consider booking the non-private tour with Tahiti by Boat, which runs two-hour sunset cruises (canapés and rum punch included). If you’re with a small group and would prefer a private sunset cruise, consider Tahiti Lagoon Paradise. It offers custom charters from Tahiti, leaving from Casa Bianca Restaurant. When you book, be sure to let the owners know what you’d like to have onboard (though you’re welcome to bring your own drinks and snacks, too). Sunset is reliably around 5.30PM each day, and most tours return to the shore before 7PM.

Thousands of years ago, Tahitians travelled by canoe across vast stretches of oceans. They were some of the world’s best navigators, sailing as far as South America and Easter Island, navigating by star patterns. Visitors today can get a taste of what it would have been like to travel like a Tahitian way back when, albeit on a smaller scale. Moana Explorer offers private double-hulled canoe sails around the coastline just north of Papeete. While guests are welcome to jump in the centre hull and assist in paddling, most visitors choose to relax on the mesh netting raised on either side of the canoe. Your trip will take you to one of Tahiti’s best snorkelling spots, and after a quick swim, you can sit on the outrigger of your canoe enjoying a spread of poisson cru, tea and coffee, and fresh-cut fruits served by your paddle guide before sailing back to your hotel. Booking on Facebook is very common in French Polynesia, so send Moana Explorer a message if you’re keen to arrange a private sail. 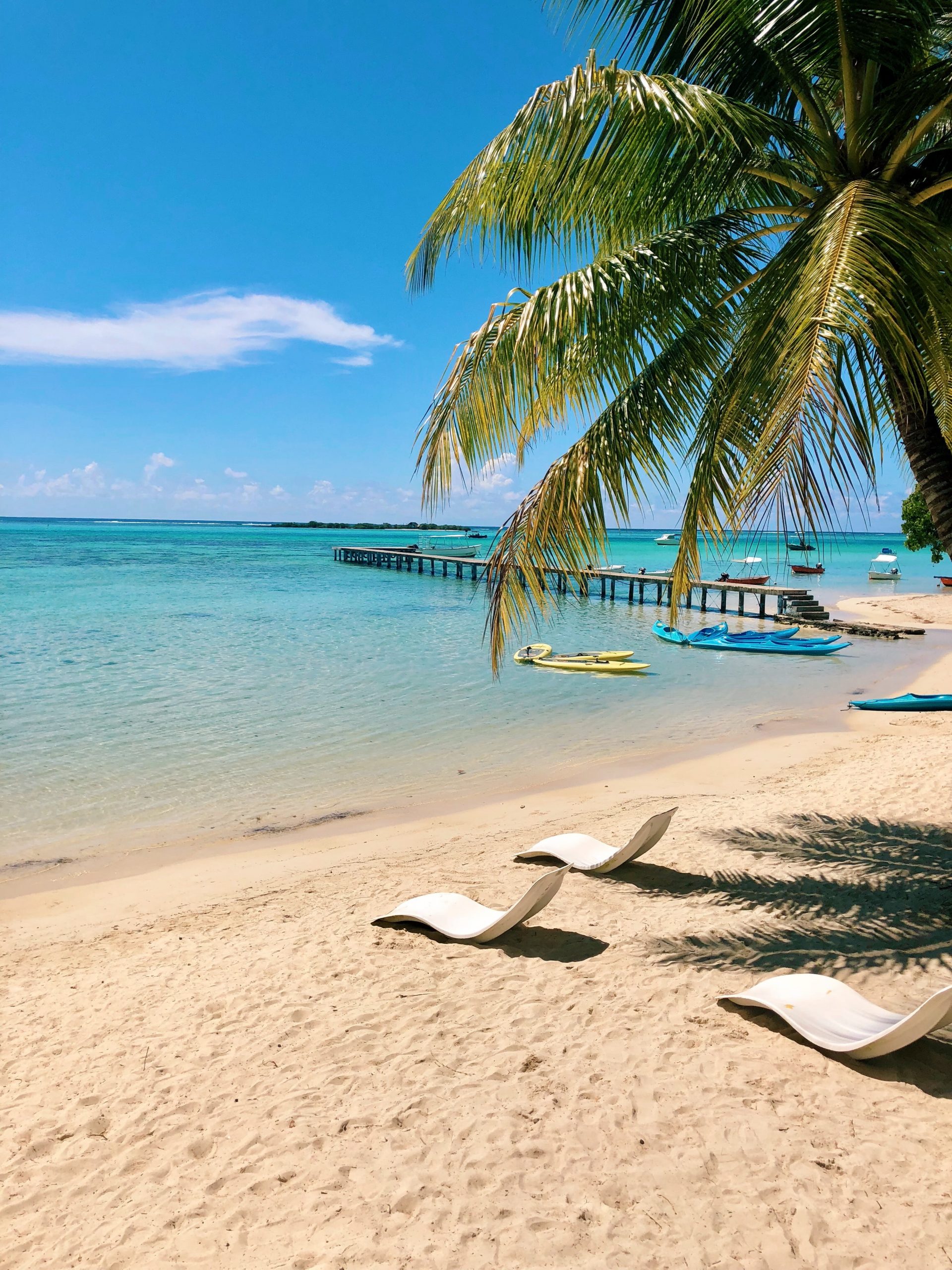 See Mo’orea For An Afternoon

Take the quick and comfortable Aremiti Ferry from Tahiti to Mo’orea, Tahiti’s sister island. The ride takes about 30 minutes and once on Mo’orea, you have plenty of options for spending your time. Hit the beach – Temae Beach has sweeping white sands and excellent snorkelling just offshore – or visit a tropical waterfall. VIP Tours, run by Mo’orea local and Marquesas Island native Yvette, offers private custom tours to the island’s best sites. Yvette can arrange guided trips through the jungle to a private swimming hole at the base of a waterfall, or set up a private tasting at the island’s pineapple wine and spirit factory.

Get Out On The Water

If you’ve never scuba-dived before, Tahiti is the ultimate place to give it a try. With exceptionally warm water (24-degrees Celsius), excellent visibility of up to 40 meters, and minimal currents, it’s a near-perfect spot to sign up for a ‘Discover Scuba’ dive. It requires no advanced training, and you’ll be paired with an experienced divemaster to ensure your safety. Sign up with Top Dive, which runs professional dive trips from the Intercontinental Tahiti Resort. If you’re lucky, you’ll be able to see sea turtles and gentle (read: non-threatening) lemon sharks on the reef.

If you’re not up for scuba-diving, you can still get in the water on a snorkelling or whale-watching trip, which Top Dive can also arrange. 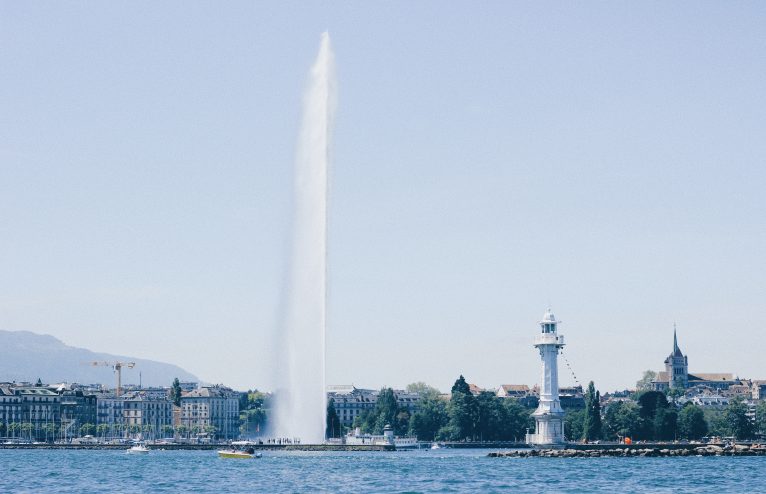 A Pocket Guide To Geneva In The Summer

48 Hours In The Cotswolds