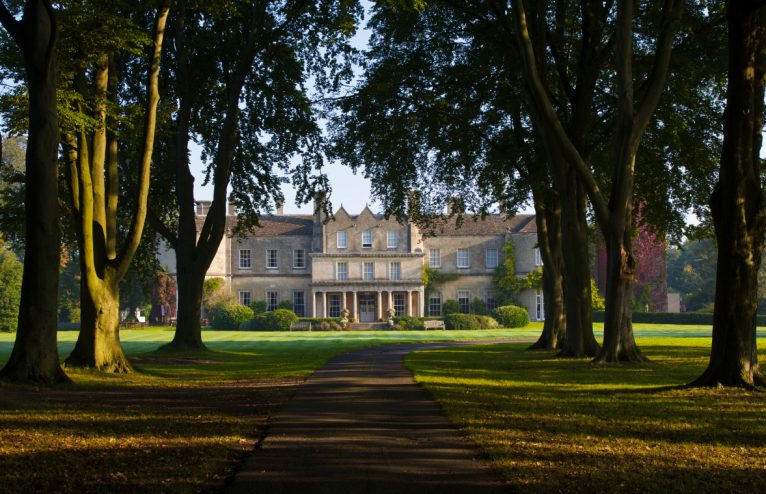 Hidden in the depths of the undulating Wiltshire countryside, Lucknam Park Hotel & Spa is the most luxurious of retreats with a Michelin-star restaurant, expansive spa, and first-class equestrian centre.

Driving up Lucknam Park’s mile-long avenue lined by tall, leafy beech trees, you can practically feel the stress slipping away. The 18th-century Palladian manor house sits amidst 500 acres of private parkland and aside from birdsong, the only sounds you’ll hear are the crunching footsteps of guests as they cross the gravel courtyard on their way to and from the spa, in their dressing gowns and slippers. The aesthetic throughout is unapologetically traditional with just the right balance of opulence and homeliness, while the staff are quietly attentive.

Grand without being pretentious, Lucknam Park has the feeling of a much-loved family home and in some ways it is with many guests returning season upon season, tempted back by the warm familiarity and promise of complete tranquility.

Spread throughout the main house and around the courtyard, there are 43 rooms, all individually decorated in the hotel’s charming, classical style with patterned wallpaper, antique furnishings, ceramic lamps, soft velvet armchairs, and heavy, draped curtains. We stayed in the Coral Suite, located at the top of the house with sweeping views over the parkland from every window, which,  unlike in many hotels, can be opened wide to let the fresh, country air rush in. The tall, curtained four-poster bed, elegant chaise lounge, embroidered fabrics, chandelier, Persian rug, and huge white marble bathroom – complete with two sinks, a bath, and shower – created an intoxicating air of romance that whisked us straight back to the days of rustling skirts and ballroom dances. The colour palette of creams and gold with touches of deep red and ochre had the effect of making the space feel bright and airy during the daytime, while at night, with the curtains drawn, fire light, and the golden glow of lamps, it became warm and cosy. We were particularly struck by how quiet the room was, which, coming from London, felt like a true luxury – we slept so soundly we almost missed breakfast. 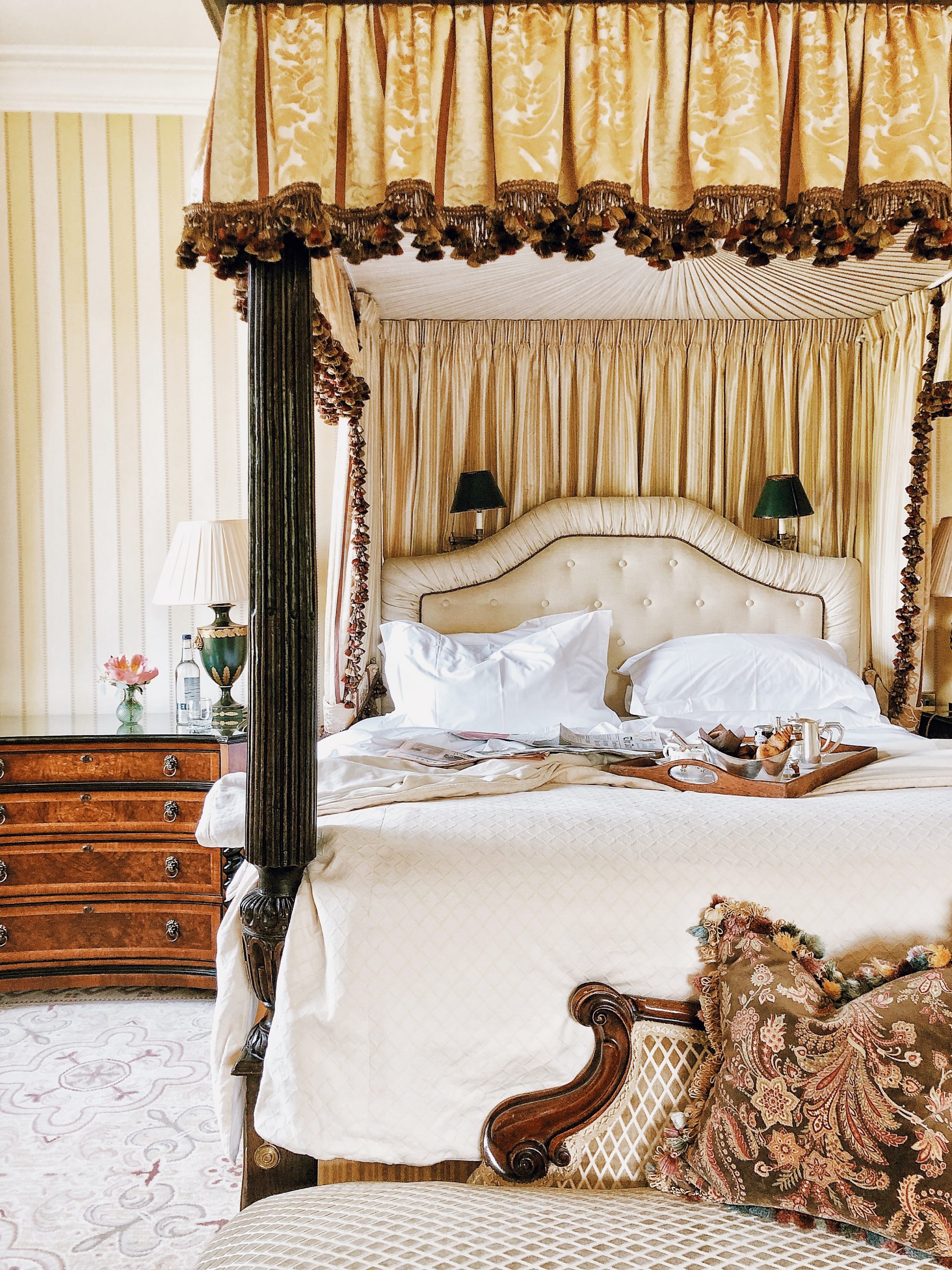 For those looking for even higher levels of seclusion, there are also four cottages on the estate, the largest of which sleeps up to eight guests and has its own hedged garden. 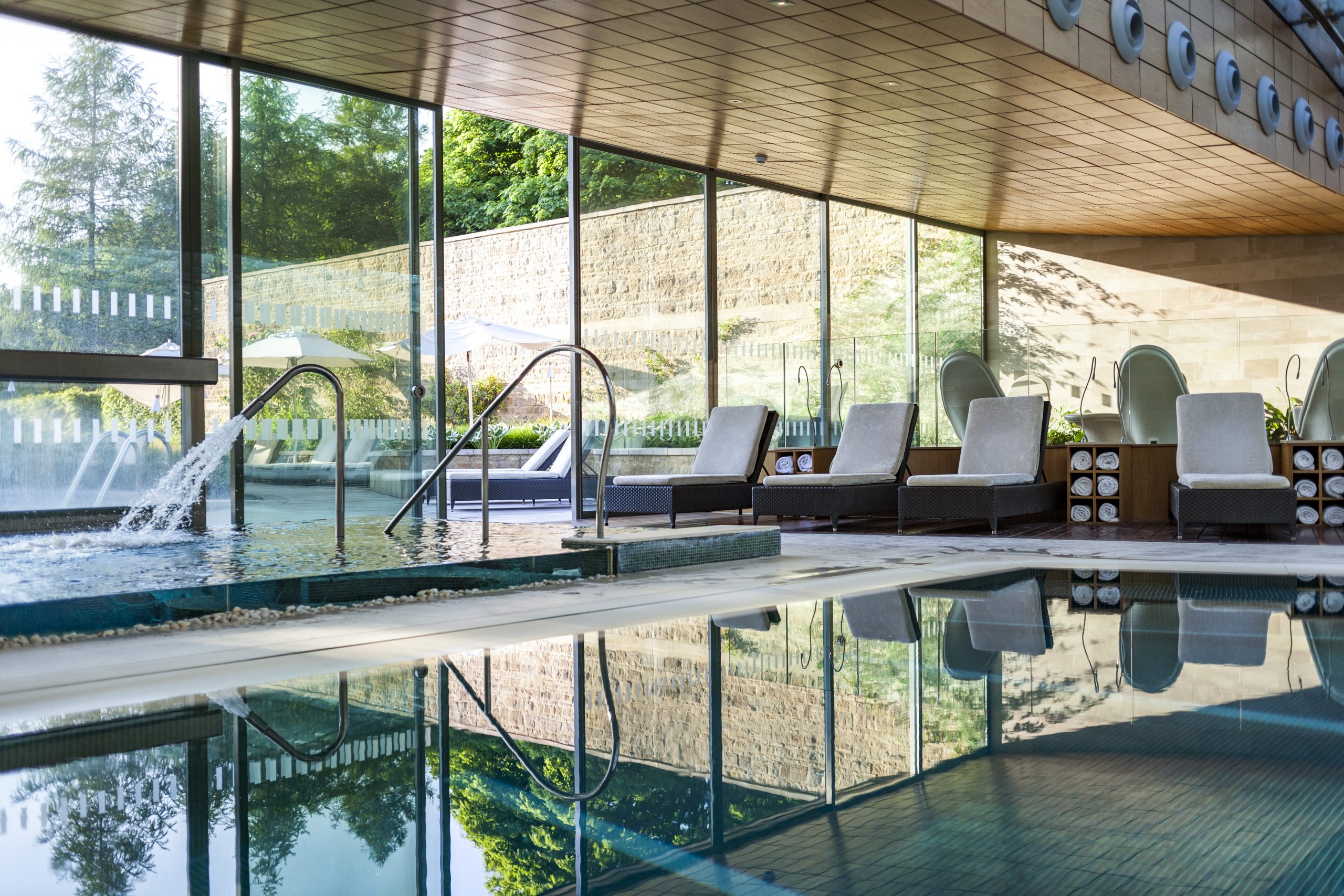 Tucked behind the courtyard, down a stone-paved walkway lined with flowers and herbs, is ESPA, the hotel’s expansive spa with a 20-metre indoor swimming pool, steam, sauna, and more unusually, a Japanese salt and Amethyst crystal room. Architecturally, the spa feels a little dated, but it still makes for a relaxing way to wile away the hours. We were fortunate enough to visit on a brisk, sunny winter’s day and particularly enjoyed gazing out across parkland from the outdoor hydrotherapy pool. As the spa is also open to day guests it can feel a little busy at times, but it tends to quieten down again towards the evening and doesn’t close until 9PM. In terms of treatments, you’re spoilt for choice with a wide offering of massages and beauty therapies including options specially designed for children. 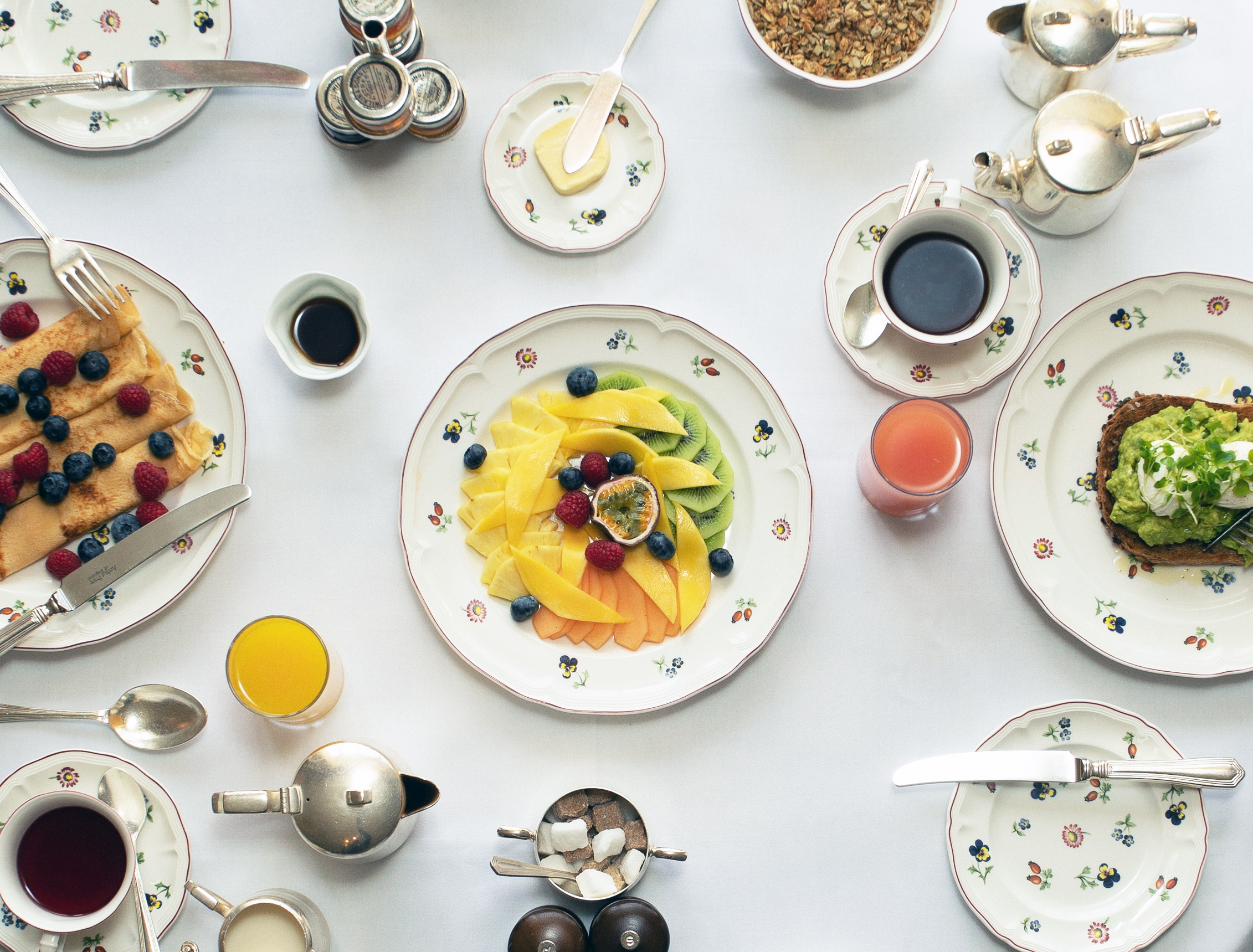 Lucknam Park has two restaurants: The Brasserie at ESPA, which offers casual all-day dining in an elegant modern setting, and Hywel Jones’ Michelin-starred restaurant located in a palatial dining room in the main house where six-course tasting menus are served beneath glittering chandeliers. While there’s not a dress code as such, guests tend to dress up for the occasion which begins with cocktails in the drawing room or on warmer nights, on the patio of the front lawn. The menus at both restaurants are seasonal and almost all of the ingredients are either grown in the hotel’s gardens or sourced locally. The portions are generous at Hywel Jones, making the tasting menu quite a serious affair, but on it’s own each dish is delicious and delicately flavoured. Amongst our favourites were the citrus cured salmon with brown butter and braised turbot with lobster ravioli, fennel, and apple chutney. We were slightly disappointed by the service at breakfast – also served in Hywel Jones’ restaurant – as we sat for quite a while before being offered even a glass of water and our poached eggs, when they came, felt a little slapdash, plopped onto a thin slice of ordinary toast.

One of the hotel’s main draws is its proximity to Bath, where you can wander through the pretty streets, admiring the sweeping crescents, and honey-coloured stone buildings, and bathe in the city’s famous thermal waters. It’s also a great place for shopping with a wonderful array of independent boutiques, antique shops, markets, and art galleries. For lunch, make a reservation at the Hare & Hounds pub, which sits just above the city and boasts spectacular views of the surrounding countryside.

However, you might – like us – find yourself reluctant to leave the calm of the hotel and with 500 acres of picturesque countryside to explore plus an equestrian centre, there’s no real need to. We enjoyed long, lazy walks around the grounds (the hotel can provide a route with trails of varying lengths), spotting the hidden sculptures among the grass and trees, and stumbling across the walled garden with its tall, sculptured Yew hedges and 18th-century dovecote building. Alongside guided horse rides around the estate, the equestrian centre also offers innovative equine therapy sessions, in which guests are taught to communicate with the horses through body language. 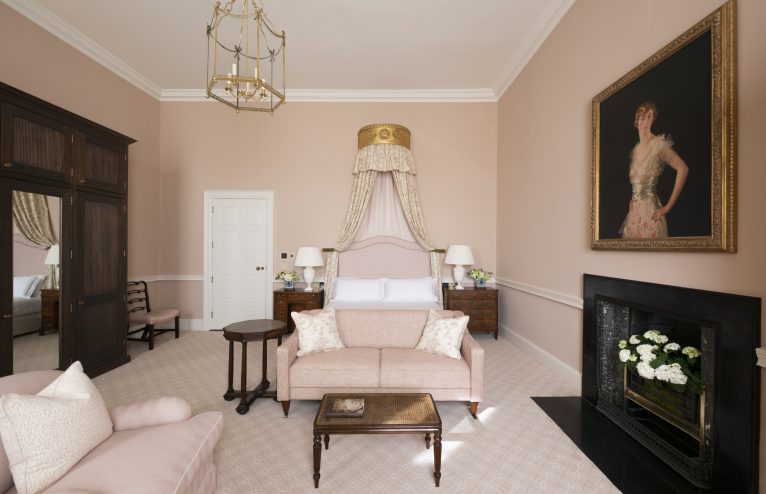 Checking In: The Hoxton, Poblenou, Barcelona