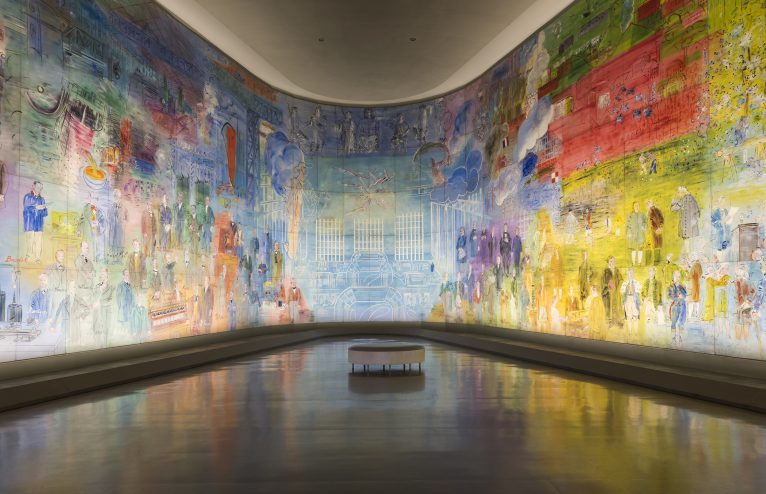 “I have always had a fascination with the magic power of the needle. The needle is used to repair the damage. It’s a claim to forgiveness.” – Louise Bourgeois

In the last two decades of her career, Bourgeois began to incorporate clothes from all stages of her life into her art. This developed into a varied body of work, incorporating “textiles such as bed linen, handkerchiefs, tapestry, and needlepoint”. “Bourgeois’ fabric works mine the themes of identity and sexuality, trauma, and memory, guilt, and reparation that are central to her long and storied career.” Though famed for her spider sculptures, this major exhibition at the Hayward is dedicated to her textile works, spotlighting their significance within the artist’s oeuvre.

The Courtauld Gallery’s latest exhibition is quite the coup. The newly refurbished gallery is “springboarding Van Gogh’s iconic Self-Portrait with Bandaged Ear, one of the most celebrated works in The Courtauld’s collection, to bring together a selection of 16 self-portraits” (totalling to around half of the self-portraits Van Gogh created during his short years as a painter) tracing the evolution of Van Gogh’s self-representation. Visitors to Van Gogh. Self-Portraits will have the opportunity to view his early “Self-Portrait with a Dark Felt Hat, created in 1886 during his formative period in Paris as well as Self-Portrait with a Palette, painted at the asylum in Saint-Rémy-de-Provence in September 1889, one of his last self-portraits before his death in 1890″. Several works in the exhibition were last together in Van Gogh’s studio and have never been reunited, until now, making this a must-see show.

To celebrate the 60th anniversary of the fashion house, six Parisian museums will simultaneous be exhibiting how couturier Yves Saint Laurent was influenced by the art world – from Picasso, to Matisse, and Mondrian –, congruently highlighting his influence as a genre-defining designer. Museums partaking in the multi-centre event include the Musée d’Art Moderne de Paris, the Louvre, and the Musée d’Orsay, with each institution taking their own slant on YSL – the Pompidou will focus on his modernity, for example. An exhibition conceived and made possible by the Fondation Pierre Bergé – Yves Saint Laurent, this is a rare opportunity to see notable pieces including the A/W65 Mondrian dress and the A/W79 Picasso-inspired Cubist jacket, displayed next to the artworks that inspired them.

Colour is not a simple subject. Curated by Tanya Barson, Chromophilia – meaning ‘the love of colour’ – is a group exhibition exploring colour, bringing together vibrant paintings, collages, sculptures, and installations by artists including Phyllida Barlow, Alexander Calder, Martin Creed, Jenny Holzer, Roni Horn, and Yves Klein. “Overall, the artists included in Chromophilia deploy colour in myriad ways, helping us to see and experience our world anew”. Catch it until 9 March.

Texas-based artist, Dawn Okoro makes her UK solo exhibition debut with Mad Explosive Spontaneity at Maddox Gallery. As a black female artist raised in Austin, Texas but with Nigerian heritage, Dawn Okoro’s work explores identity, representation, and self-reflexivity. Often depicting creatives, like dancers or musicians, Dawn’s figurative portraits play with movement, textures, and block colours, obscuring parts of the body with gold leaf to reflect her feelings of erasure and hyper visibility. Named after a lyric sang by Bahamadia, the exhibition is due to be a bold and colourful reflection of the artist – and an altogether uplifting show.

Taking place in Hotel Bel Air’s lobby and suite 361, Andy Warhol x Maripol will showcase the best of New York nightlife and Hollywood glamour. Attendees will discover dozens of never-before-seen Andy Warhol images from the James R. Hedges IV Collection of Andy Warhol Photography – the largest collection of its sort in private hands in the world – including Polaroids, photo booth strips, screen tests, silver gelatin prints, and more. In addition, Maripol has taken seven of her most notable images and produced a very limited edition in monumental scale. “Drawing on her most famous images, the exhibition will showcase her most glittering subjects in a grand scale”. The exhibition is complimentary and open to the public seven days a week.