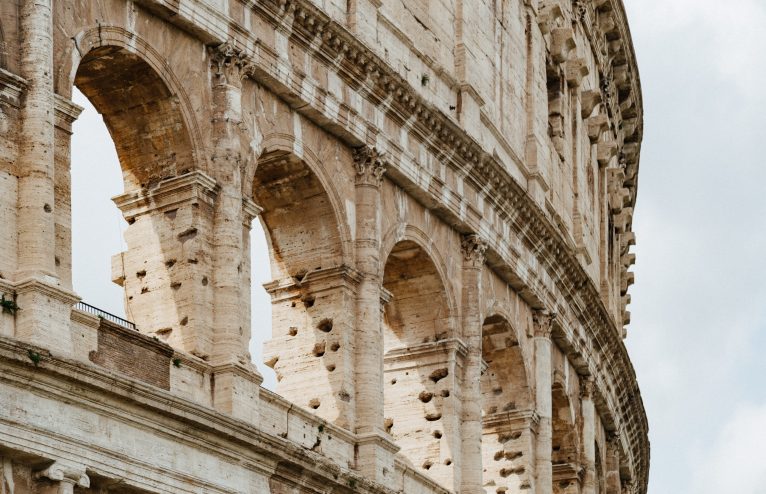 From Octavia, wife of Mark Antony, who raised Cleopatra’s children, to Saint Helena, who changed the entire course of western history, here we follow in the footsteps of Rome’s Imperial women as we venture across the Eternal City.

The original ‘influencer’ and mother to the first Christian emperor, Constantine I, Saint Helena (AD c. 248 – c. 330) was the power behind the throne. Following a dramatic conversion, she made a pilgrimage to the Holy Land, building churches and allegedly discovering Christ’s true cross. The deified Saint Helena’s mausoleum can be seen in an ancient building in Rome built by her son, on the Via Casilina. Seek out her relaxed, reclining statue in the Musei Capitolini in Piazza del Campidoglio, among other portraits of Roman emperors and imperial family members.

Where to see her: Musei Capitolini, Piazza del Campidoglio, 1

Octavia, the daughter of Gaius Octavius, was married to charismatic Roman General Mark Antony, who ruled as part of a triumvirate 43 – 30 BC. Octavia played a crucial role in the leadership and even raised Cleopatra’s three offspring with her husband as her own. The Porticus of Octavia is today the sole surviving part of an ancient piazza, first built by her brother Caesar Augustus. It was later used as a fish market during the medieval period until the 19th century.

Where to see her: Porticus Octaviae, Via del Portico d’Ottavia, 29 Syrian princess-turned-empress Julia Domna, the second wife of Roman Emperor Septimius Severus, is today renowned as an unsung heroine of the era, despite being bestowed with titles such as ‘Mother of the Army Camps.’ Her adoring eldest son Caracella made her Dame of Correspondence and, unusually, gave her control over administration. View a bust of Domna on display at the Museo Chiaramonti, in the Vatican Museums, set on a loggia joining the high Renaissance pontifical palaces. This impressive collection of Roman portrait busts brings to life a dynasty renowned for its culture, infamy, and bloodshed.

Where to see her: Museo Chiaramonti, Città del Vaticano

The very first Roman Empress, Livia Drusilla (also known as Julia Augusta) was perhaps the only person to dominate her famously fractious husband Caesar Augustus, and had a fiery reputation for eliminating her son’s rivals. Drusilla is immortalised in a marble bust at the Museo Gregoriano Profano, part of the Vatican Museums. Spend a morning at the collection and delve into its extraordinary classical works, from Ancient Greece through to the late Imperial Age of Rome.

Where to see her: Casa di Livia, Via dei Cerchi, 81

Syrian-born princess Julia Maesa wielded great power in the Empire, having helped to make two of her grandsons emperors. Following the murder of grandson Caracalla, she fled back to Syria, hatching a plan to place another grandson, Elagabalus, on the throne. Wander among the Hall of the Emperors at the Musei Capitolini and gaze upon her bust, which depicts her wearing a gloriously detailed shawl draped across the shoulders. After marvelling at the museum’s collection of ancient treasures, take a stroll with a gelato around Piazza del Campidoglio, designed by Michelangelo and bordered by the spectacular trio of Palazzo Senatorio, Palazzo dei Conservatori and Palazzo Nuovo.

Where to see her: Musei Capitolini, Piazza del Campidoglio, 1