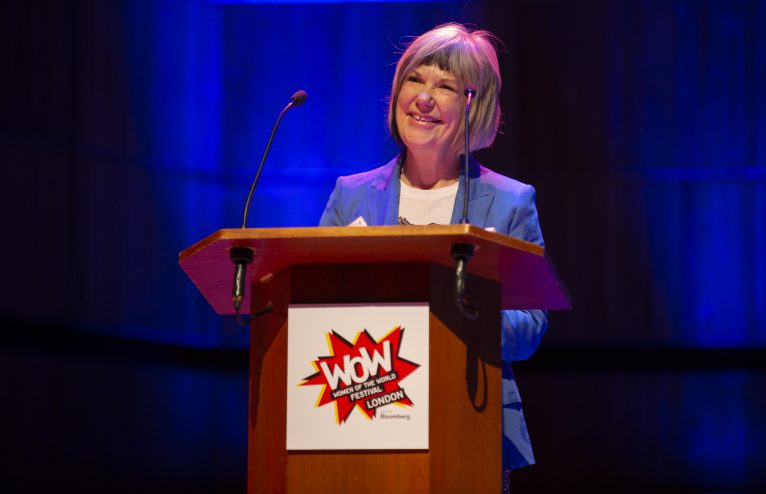 From The Desk Of… Jude Kelly

Jude Kelly joins us for the latest instalment of From The Desk Of...

Jude Kelly CBE is CEO and Founder of The WOW Foundation – an independent charity dedicated to celebrating the achievements of women and girls and confronting global gender injustice. Previously Artistic Director of London’s Southbank Centre (2006-2018), Kelly launched the Women of the World Festival, a three-day festival at the Southbank Centre, in 2010. Now in its 12th year, the festival has taken place in over 30 locations across six continents.

An esteemed theatre director and producer, Kelly’s career has seen her commission and support the work of hundreds of female artists across all genres. Here, she shares details of this year’s WOW lineup, the most rewarding part of her job (though she wouldn’t classify it as such), and discusses why women need to change their “attitudes to money and become much more money-literate and money-confident”.

How do you start your days?

[With a] cup of green tea and the news – always. And then, when I’m absolutely sick of the news, I turn on music. But then I go back to the news again.

Jeans, boots, jacket. Short. Like a leather jacket, or a short jacket.

Well, we are at Havas. H-a-v-a-s. And we are incredibly blessed to be there because it’s a beautiful new building surrounded by loads of very interesting people, many of them very committed to gender politics and politics in general. But my real workplace is the kitchen table, and always has been. It doesn’t matter how many people give me an office or set me up with a computer, I always end up on the kitchen table.

Identify something in your workspace that’s special to you…

Flowers. I love to see things that are growing, and obviously flat-cut flowers aren’t growing any longer so that’s a bit sad, but I [like] being able to see nature. From my flat, I can see the canal, so water. I like my workspace to be near nature. 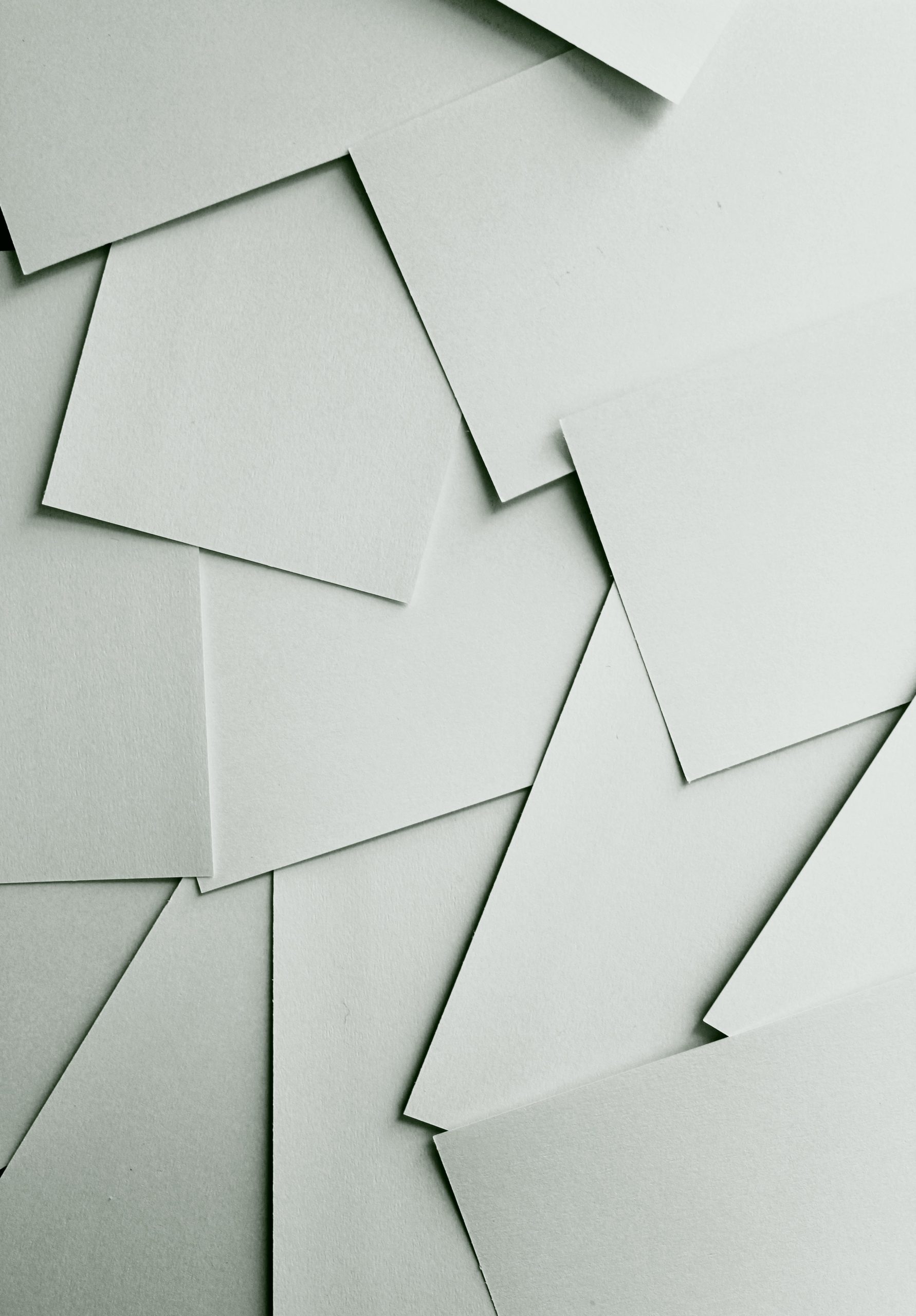 What are your work place essentials?

Pieces of paper to write on, because although obviously, you know, we all use tablets and whatever, I think my relationship to a pencil – more than a pen – and a piece of paper gives me the clearest idea that my body is involved in my thinking.

What time of day are you at your most creative?

Hmm… I don’t think it’s a time of day. I think it’s to do with who I’m with. I love people and bouncing ideas off people – day or night. So when I’m with people who are open-hearted, generous, and curious themselves, then I really fire up.

What is your go-to lunch order?

What is the most rewarding part of your job?

It sounds picky, [but] I wouldn’t call this a job. The most rewarding thing is that I’ve been able to be involved in telling stories all my life, as a theatre director, as a producer, as a festival-maker, and the most rewarding thing, therefore, actually is meeting people with extraordinary stories, often people that you’d never heard of doing amazing things. I also have the privilege to learn all the time and to unlearn things. I keep putting a lot of stress on unlearning. So you thought you knew something and then somebody tells you a story, and you realise that you didn’t know at all. In fact, you actually had the wrong idea. So that is the greatest part of my job.

… and the most challenging?

Realising that for many people, human rights is a ‘nice to have’. You know, that they’ll get round to thinking about maybe. Or – worse – that they actually do actively believe that the world is structured around inequality and should remain so. Because that feels like there’s going to be so much heavy-lifting. When I was little, I thought by the time I’m my age, we’ll have equality. I know that’s just an illusion now but not an illusion that we’ll ever get it, but that we won’t get it in my lifetime and maybe not in my daughter’s lifetime, maybe not in my granddaughter’s lifetime. So you have to change your reserves of stamina. And that’s what I do in my daily practice apart from my green tea, is gratitude and stamina building.

What did you study at school/university?

What was your first job?

A holiday job serving as an assistant in a chemist. I was absolutely useless. I got sacked. I got sacked from lots of jobs, actually, when I was trying to do holiday jobs. Because I wasn’t really interested in them. I just wanted some money in order to go and do more drama.

Where are you from originally?

Liverpool. Grew up in Liverpool until I went to university, and I must credit Liverpool with a huge amount of my attitude, both my kind of subversive, you know, anti-authority for its own sake attitude, because Liverpool is quite a maverick in that way. And also, Liverpool was incredible in terms of its range of arts activity for ordinary, non-middle class families, which is what I came from originally. 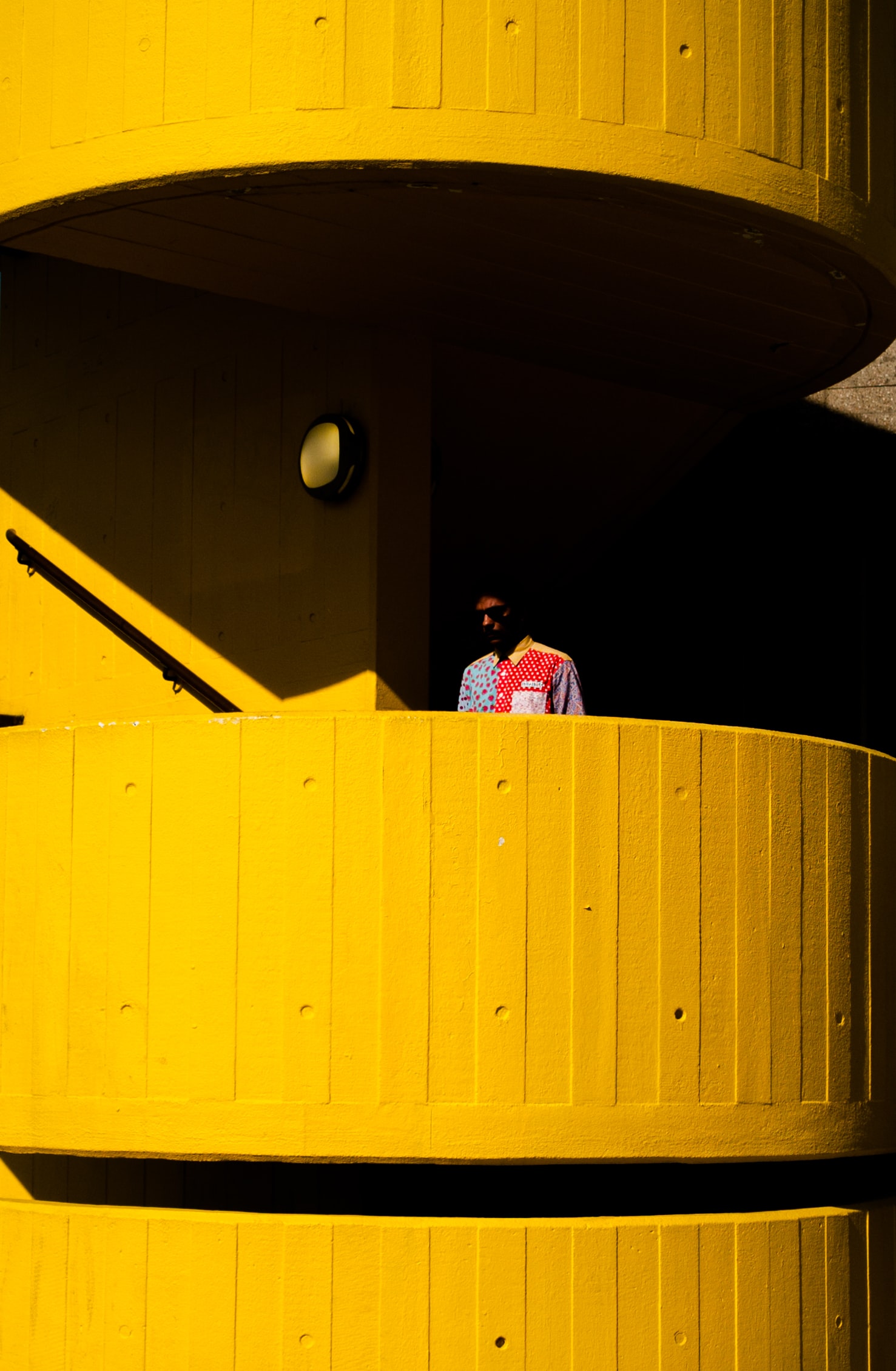 What sparked your interest in the arts and performance?

Well, originally it was hearing music. And realising there was part of me that came alive with music. It was a different part than with words. I mean, it wasn’t logical, if you like. It wasn’t about logic. And then very quickly after that, I realised that all these stories of my neighbourhood could be put together in different ways, and that you could get an audience to watch it. And I was very irritated with the kinds of make-believe that lots of children did, which was, you know, ‘you’ve got to be a princess’ and ‘you’ve got to be rescued’, ‘you’ve got to be a cowgirl and you’ve got to be rescued’. And the way that make-believe was so gendered when I was little. I rebelled even then. So I started looking for new ways of telling stories and different stories, and that’s basically the start of playmaking, isn’t it? So, right from the beginning.

Do you have a mentor or an inspirational figure who has guided or influenced you?

Well, I think my father was a big influence, no doubt about it. And I think you’ll find a lot of women who have been allowed to develop self-belief will say that a father who legitimised them was a big part of that. And I think fathers shouldn’t underestimate that since they are ‘the patriarchy’ as it were, that if they believe in their daughters’ right to equality, this is a huge change-maker for the daughter. She’s not in battle with her most immediate male figure. So that was important. And then there was a group of women producers called the Female Wits in the 1800s, and obviously I never met them, but I was aware at university that there were these women who had set about in a society that didn’t give them power, to change the nature of the arts regardless. So I became aware of two things at the same time: one is that history closes over women’s achievements and makes them invisible again, but two is that they did exist.

Well, in the early days of my career, it was being told by my male directors or male lecturers that women couldn’t really be directors, that it wasn’t really a thing that women did. There weren’t many of them, they weren’t famous – and if they were famous, they might be notorious – and that maybe I should think of something else. So that kind of, being-put-off-ness was happening when I was a young woman and you had to get over those obstacles. But regardless, I have had a lot of opportunities to realise my dreams and the obstacles that I now face are what I said earlier, which is that even in the arts, I think that people would say you’re doing something as an ancillary activity. That you’re doing something which is important, but it isn’t a central piece of creativity, and I disagree with that. I think that bringing your whole emotional intelligence and your sense of ‘what if’ – what if the world could look like this – which is kind of what the arts is a lot about, a battle to change the world. A fight to change the world is incredibly central to the meaning of the arts. So it’s frustrating when it can be seen as almost like a side activity.

What’s the most important business lesson you’ve learned since founding the Women of the World Festival in 2010?

A business lesson… Well, first of all, women have been groomed to think that they aren’t business people. And that finance and investment is something that they are less able to handle, and that women find it more difficult to ask for money. And when they do ask for money, they don’t ask for enough. And all of this idea about the entitlement to money is something which has been part of the history of women not being owners of money, and not being able to use money, et cetera. And that we have to really change our attitudes to money and become much more money-literate and money-confident.

The best advice you’ve ever received… 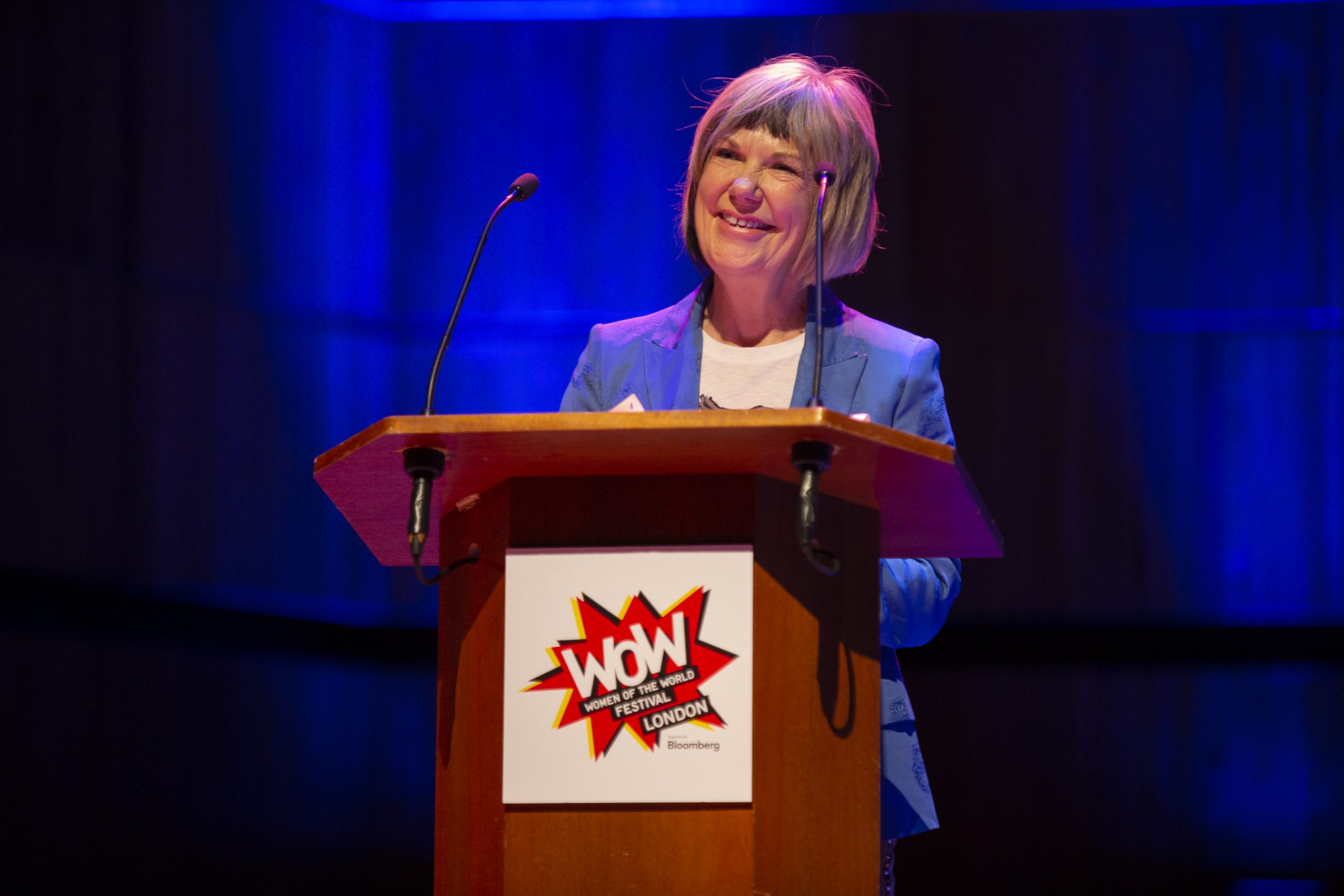 What can we expect from this year’s Women of the World Festival programme?

Lots of different ingredients that make up the world of women and non-binary people. From a Muslim girls fencing troop through to comedian Bridget Christie on her ever-interesting rise through life. Angela Davis, who is probably the most significant thinker that we have around intersectionality. And then the under-10s feminist corner, which always tells you stuff which is both alarming and amazing about what eight-year olds are actually doing and thinking.

What’s next for you?

Well, immediately after this festival I fly to Turkey for WOW Istanbul. But I’m also directing Paco Peña the flamenco artist, because I’ve directed his work for the last 20 years. So that will be on at Sadler’s Wells in April. So I carry on directing work as well as creating the festivals, and at the moment I’m also exploring a new idea around launching a festival as big as WOW but for girls in the autumn.