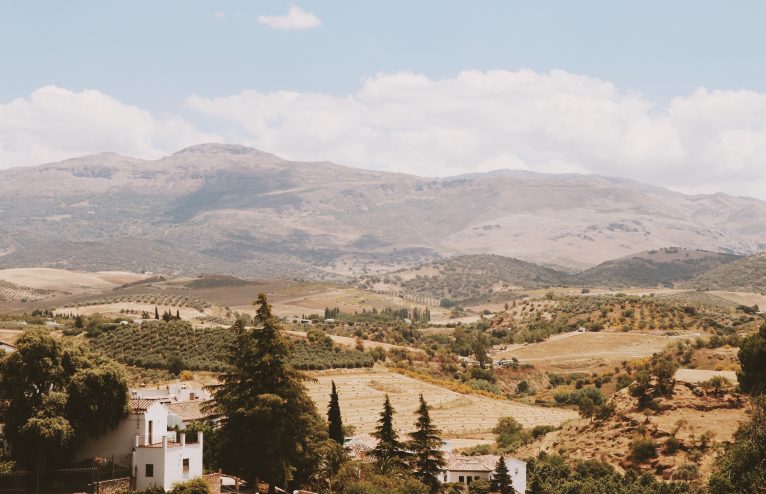 A Pocket Guide To Andalucía, Spain

Flights to Málaga have become inextricably – and somewhat unfairly – linked to Marbs and carbs (or lack thereof). Its reputation for glitzy beach bars, characterless concrete-block hotels, and package tourism precedes the Andalucía that many Med travellers now know and love: one with a spirited café culture, delectable seafood, and rugged mountains.

For me, Andalucía is home. Or at least a hot, tapas-fuelled version of home, given that I’ve travelled to the white-washed Mijas Pueblo at least twice a year, every year, since I was six. Why? Because of the sun-soaked mountain hikes, the beachside boardwalk, and – crucially – the chorizo (pronounced with a th, thank you very much). But really, because people live publicly here: living rooms and kitchens extend out onto cobbled streets, doors are always open. And that temperament – so very different to the closed-off head-down nods between London neighbours – is one of the reasons that travellers will continue to return to Andalucía’s pueblos blancos again and again.

Here’s where to rest up, eat out, and roam about in Spain’s sunshine coast. 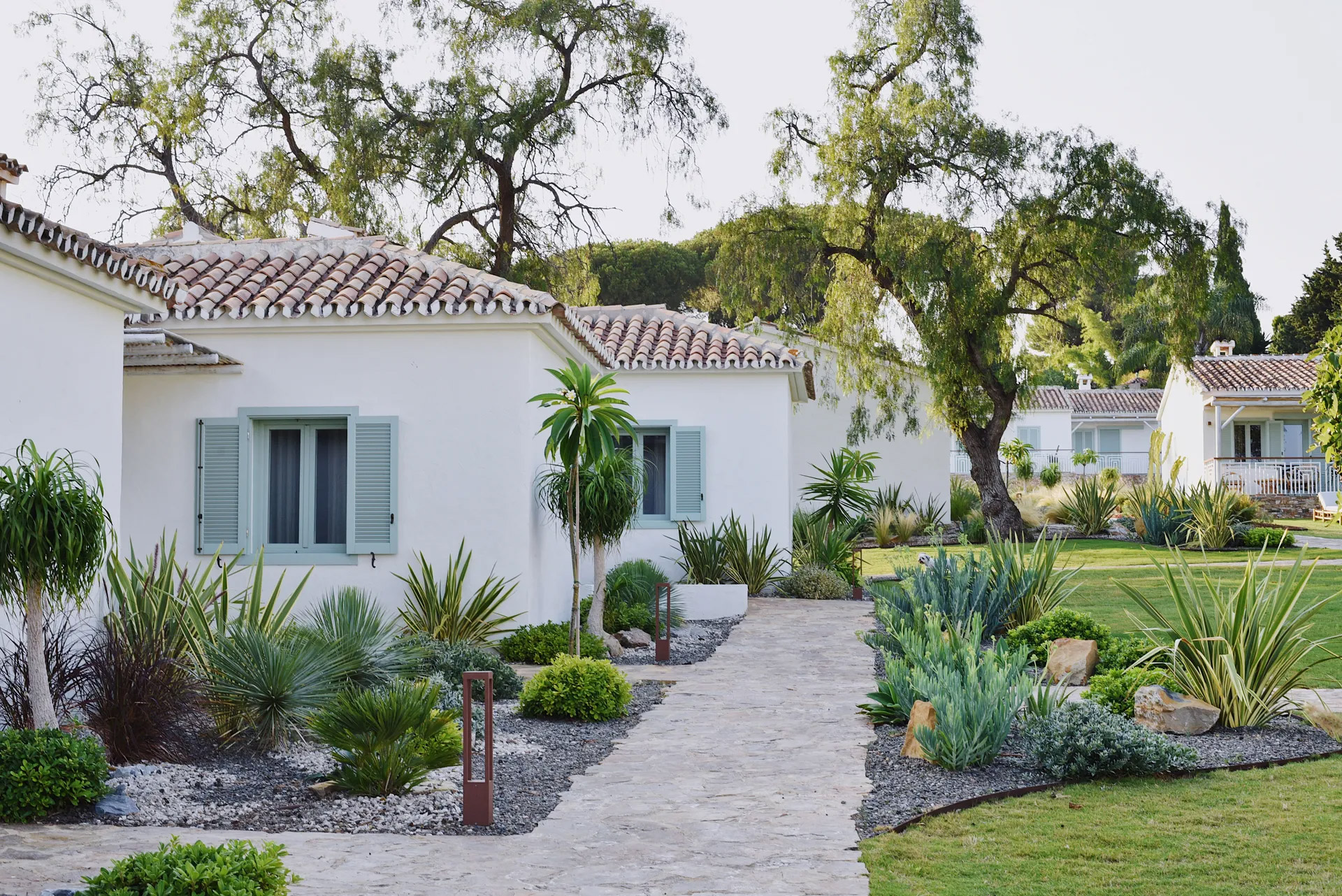 This low-lying bohemian hotel takes all of the Marbella hotel clichés and flips them on their perfectly bronzed heads. Its white-washed bungalows and terraced rooms hug two cacti-lined pools, a fine-dining restaurant, and cocktail bar. The hotel is rooted in mindfulness – there’s an outdoor gym with views of the mountains, a meditation area, and vitamin-filled juices in your minibar – but fear not: you’ll find plenty of local wines on the restaurant menu, too. Speaking of, don’t miss the freshly made cavatelli and catch of the day, lobster gyozas, and cold corn soup. Chef Diego del Rio sources 90% of his produce from local suppliers, such as the fragrant olive oil from Málaga that’s served alongside a basket of fresh focaccia and sourdough at the start of every meal.

Rates start from £219. Book a room through Mr & Mrs Smith, and get a bottle of wine in your room on arrival. You’re right in the thrums of the Golden Mile here, but Nobu’s signature zen works its usual wonders – crisp lines, neutral tones, and natural materials offer a contrast to the high-season heat haze. Rooms are predictably idyllic, there are two pools (one outdoor and turquoise tiled; the other under white arches with dip-your-toe-directly positioned loungers). It goes without saying that the black cod miso is a must order in the restaurant, but the beauty of this particular hotel is the central square – shared with neighbouring Puente Romano – with just short of a dozen places to eat, so you certainly won’t go hungry. Book a light-flooded corner room at this 18th-century mansion-style hotel, sitting pretty among the many narrow streets of Málaga’s old town. The interiors fuse contemporary Andalucían design with ancient Moorish features – look out for the custom-made cordobanes – and there’s a beautiful courtyard to see and be seen in. Its excellent location in the city’s casco antiguo (historic core) means you’re just moments from the Cathedral and Museo Picasso, and a short walk from street-art lined Soho. 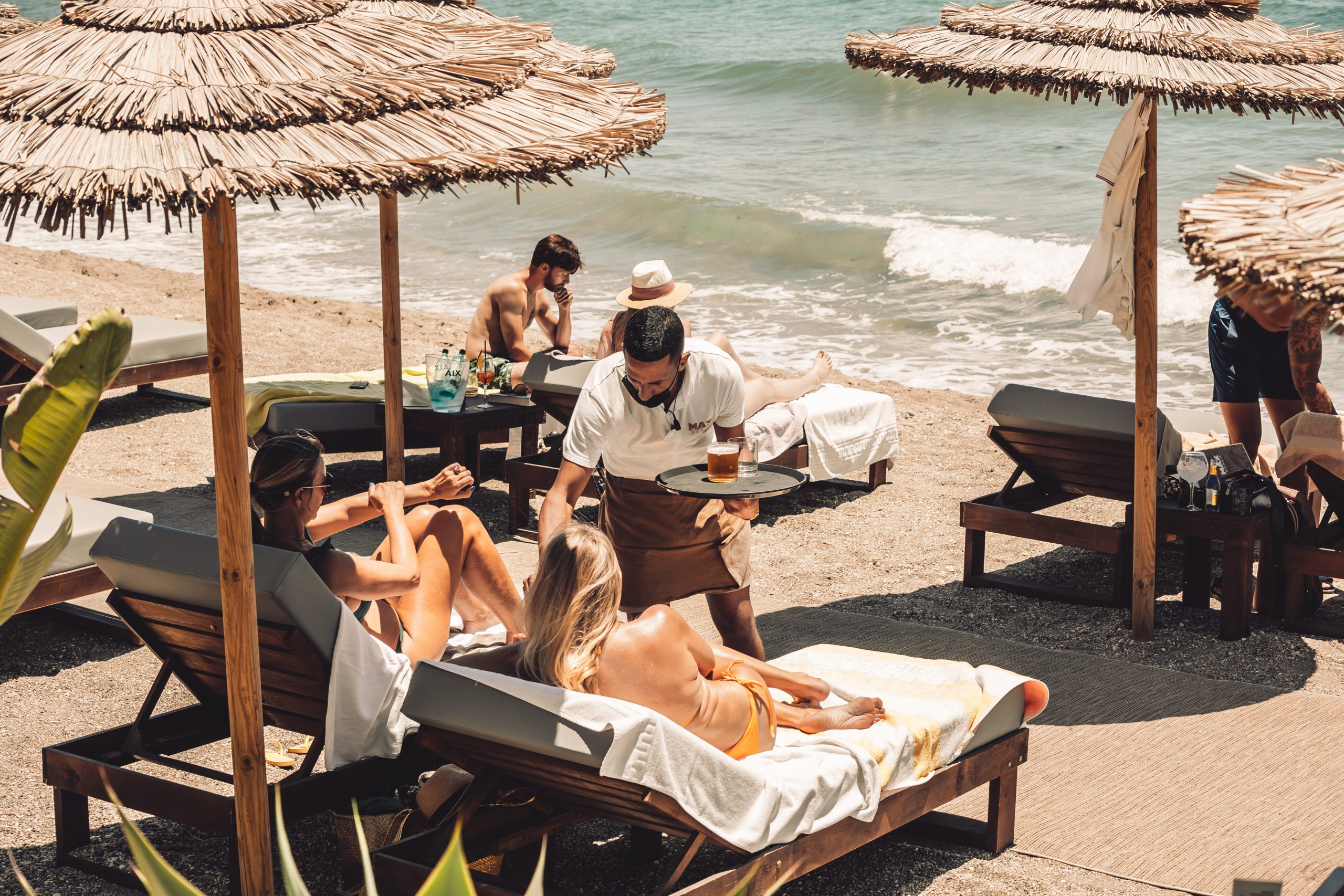 It might have a bit of old-world Marbella about it (you’ll hear plenty of heels click-clacking their way past the DJ booth), but the restaurant at Max Beach is excellent. Opt for a table on the low-lit verandah away from the hubbub – instead, let the crashing ocean waves provide the soundtrack for your meal. There’s a raw bar, plenty of seafood dishes (lobster croquettes, Mediterranean shrimp and sea bass), and generously topped pizzas. If you’re visiting in autumn – which, by the way, is a lovely time to be on the costa – then head here for a Sunday roast. Options include a leg of lamb, crispy pork belly, and a pumpkin nut roast. A true chiringuito, this informal restaurant is by the shores of La Cala de Mijas. It’s relaxed and homely, and food is simple but excellently executed. Try the sardines (my dad refuses to board the plane back to the UK without eating these at least once), gambas pil pil, baby squid croquettes, and the catch of the day, which is expertly plated for you right next to your table. The waiters speak very little English, the locals will pull you up out of your seat to dance whenever there’s live music, and the BBQ is always fired up – la Bodega del Pintor is a real Andalucían gem. An exterior of blue and white barrel tables quickly gives way to a small indoor bar, followed by a foliage-lined exterior staircase, and finally a hidden alfresco terrace with deep red accents and flamenco-esque figures painted on the walls. This is where the action happens – tables face the roaring BBQ and open kitchen, and bands take pride of place on a makeshift stage every Sunday. Meals are very generously portioned, too. Try the melt-in-your-mouth sea bream, the perfectly cooked steak, or the whole squid. 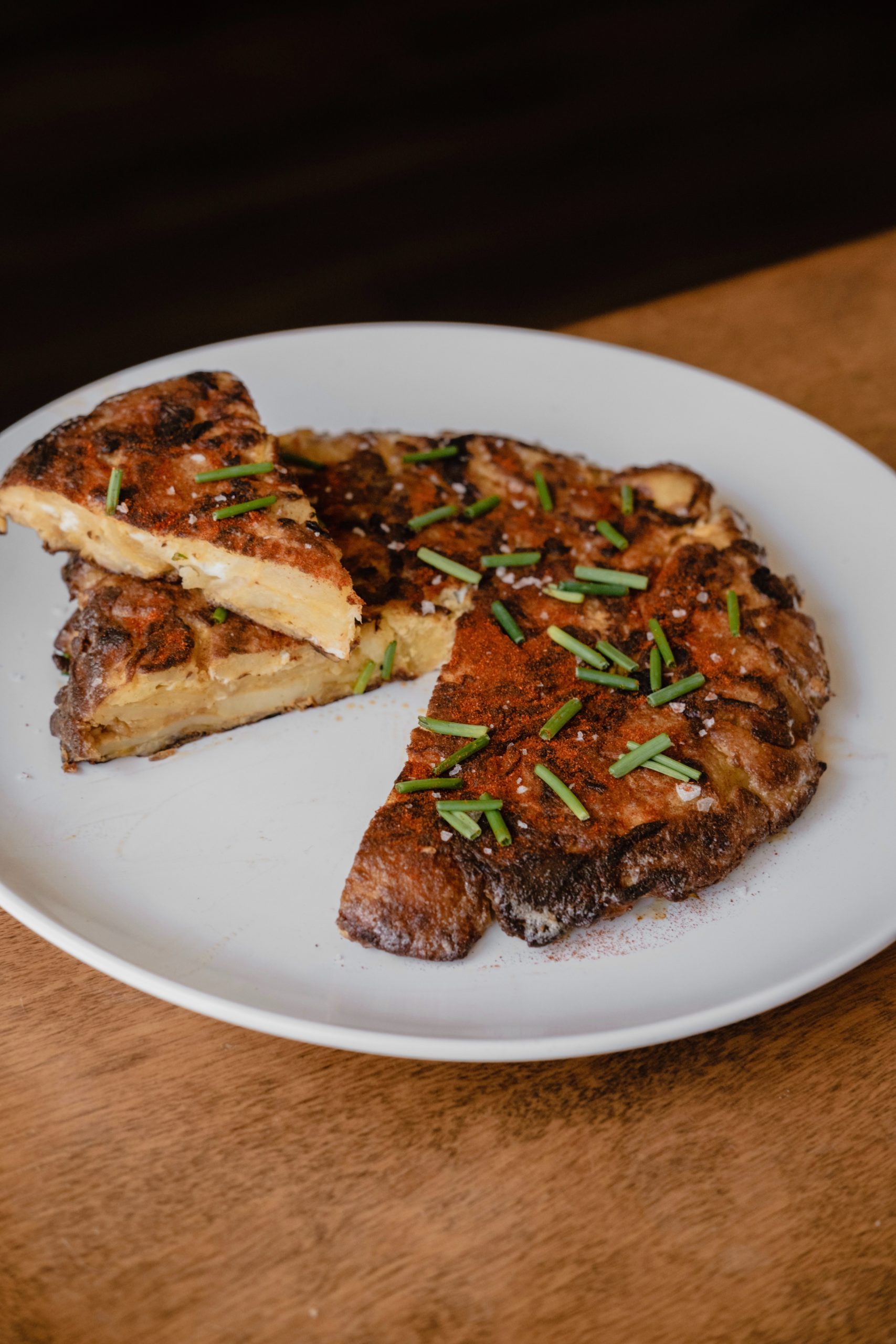 There are plenty of tapas restaurants to choose from in mountain-hugging Mijas Pueblo, but a personal favourite of mine is Pampa. There’s only a handful of tables (the bar takes up much of the square meterage, as it should), and the menu is small, making it easy to work your way through many of the small plates, especially if you’re in a group. If I was ordering for friends – as I’ve done many times here – then I’d prioritise the codfish fritters, vegetable dumplings, patatas bravas, and panko-coated provolone cheese. 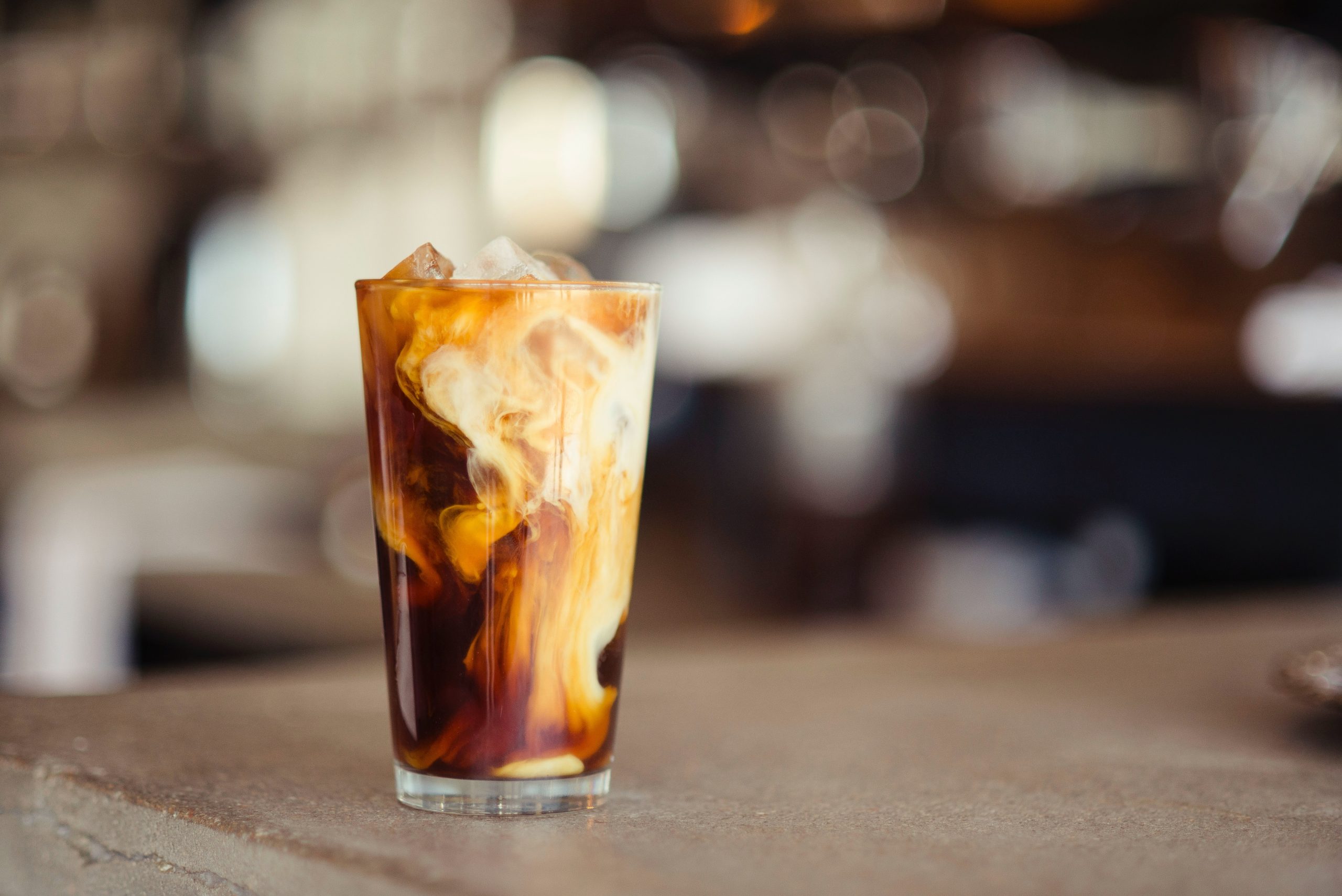 It takes serious dedication to track down oat milk in Andalucía. Next Level is an intimate yet airy café in Málaga’s city centre with speciality coffee roasts, vegan milks, delightful topped toasts, cinnamon buns, and hunks of lemon drizzle cake. 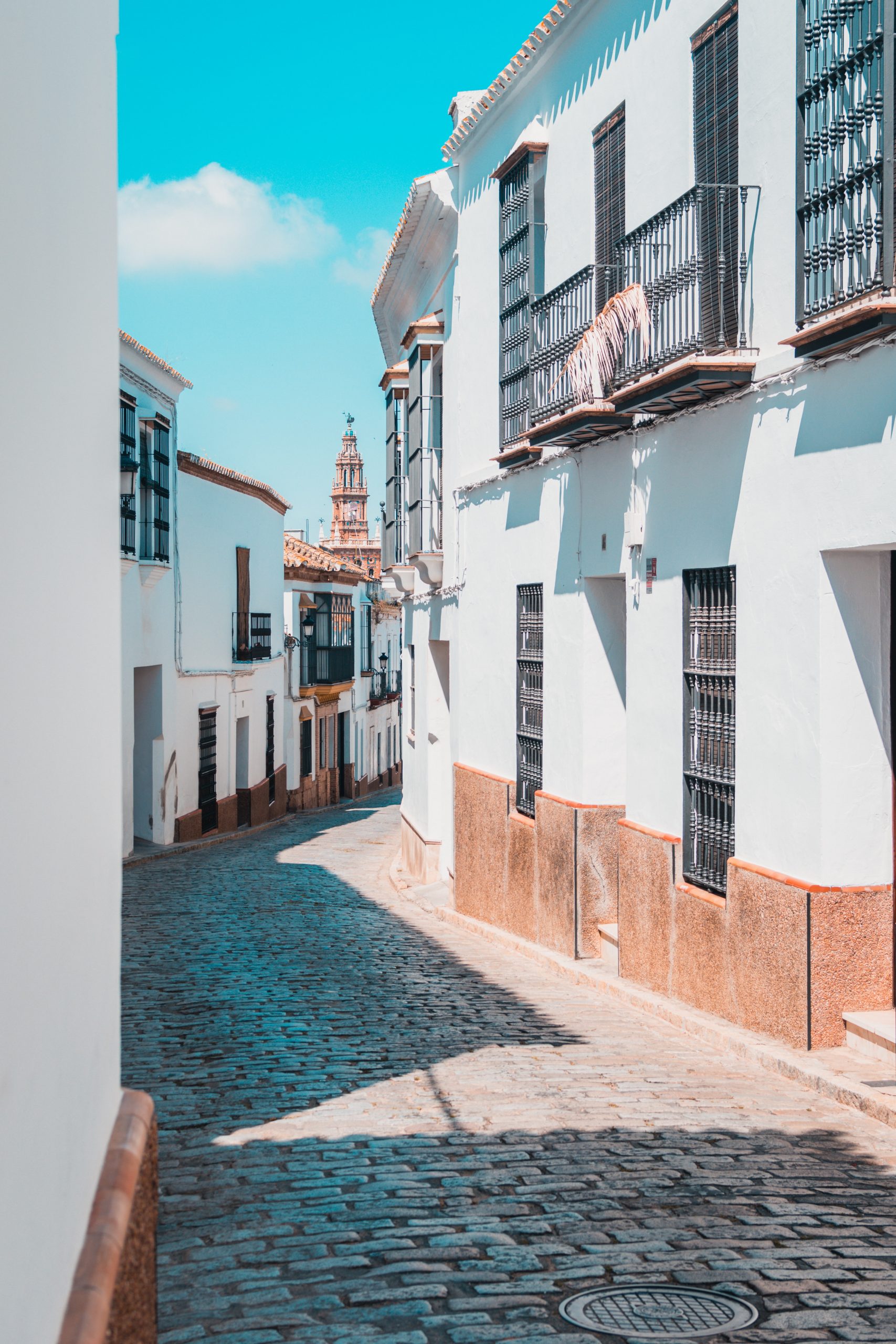 Setenil de las Bodegas is a tiny Spanish town near Cádiz with added charm – given that many of its houses, restaurants and shops are built into overhanging cliffs. There are two main streets connected by a small bridge (look for Calle de las Cuevas on your map), and both are adorned with tapas bars and casual cafés. Most serve similar local fare of Spanish omelettes, Iberian ham platters, and the traditional dish of the town, sopa cortijera – a wild asparagus soup with chorizo, paprika, hard boiled eggs, and rustic bread.

The seemingly luminous waters of El Chorro’s three reservoirs are surrounded by lush pine forests and kayak rental outposts. The lakes, close to the village of Ardales, are also linked to the Caminito del Rey, a pathway suspended 100m above the deep El Chorro gorge. The views from this walkway are unforgettable (acrophobiacs look away) and the trail is one-way only, with a shuttle bus going between the north and south ends, so bear that in mind when planning your day. El Chorro is just over an hour’s drive from Marbella, Mijas, and Málaga, and can be combined with Setenil de las Bodegas for a day’s road trip – which is just under an hour away from the lakes.

Mijas Pueblo is a mountain-side village with white-washed walls, blue flowerpots, miniature museums, and sweeping views of the coast. There’s much to see: Parque la Muralla is an area of high-altitude gardens, punctuated only by deep travines (you might spot a rock climber or two traversing these), and views down to Fuengirola, Gibraltar, and often over to Africa’s Atlas Mountains. Don’t miss the fortress, a small tower close to the bullring and entrance of the gardens. Climb up the not-entirely-stable steel staircase for vistas over the beautiful streets of Mijas. After, go to the smaller of the two main squares – plaza de la Constitution – its vine-covered restaurants, striking flowerpots and shaded benches are the ideal setting for an ice cream. Conveniently, one of the best ice-cream shops in the town borders the square – Mayan Monkey Mijas – load up on scoops of vegan chocolate orange, pistachio, triple chocolate, and mango sorbet. Find yet another serene viewpoint at the other end of the town near the Virgen de la Peña, a small chapel carved into rock formations. The surrounding gardens have coast-facing benches, and the nearby La Plaza bakery sells excellent pastries, baguettes, and takeaway coffees. 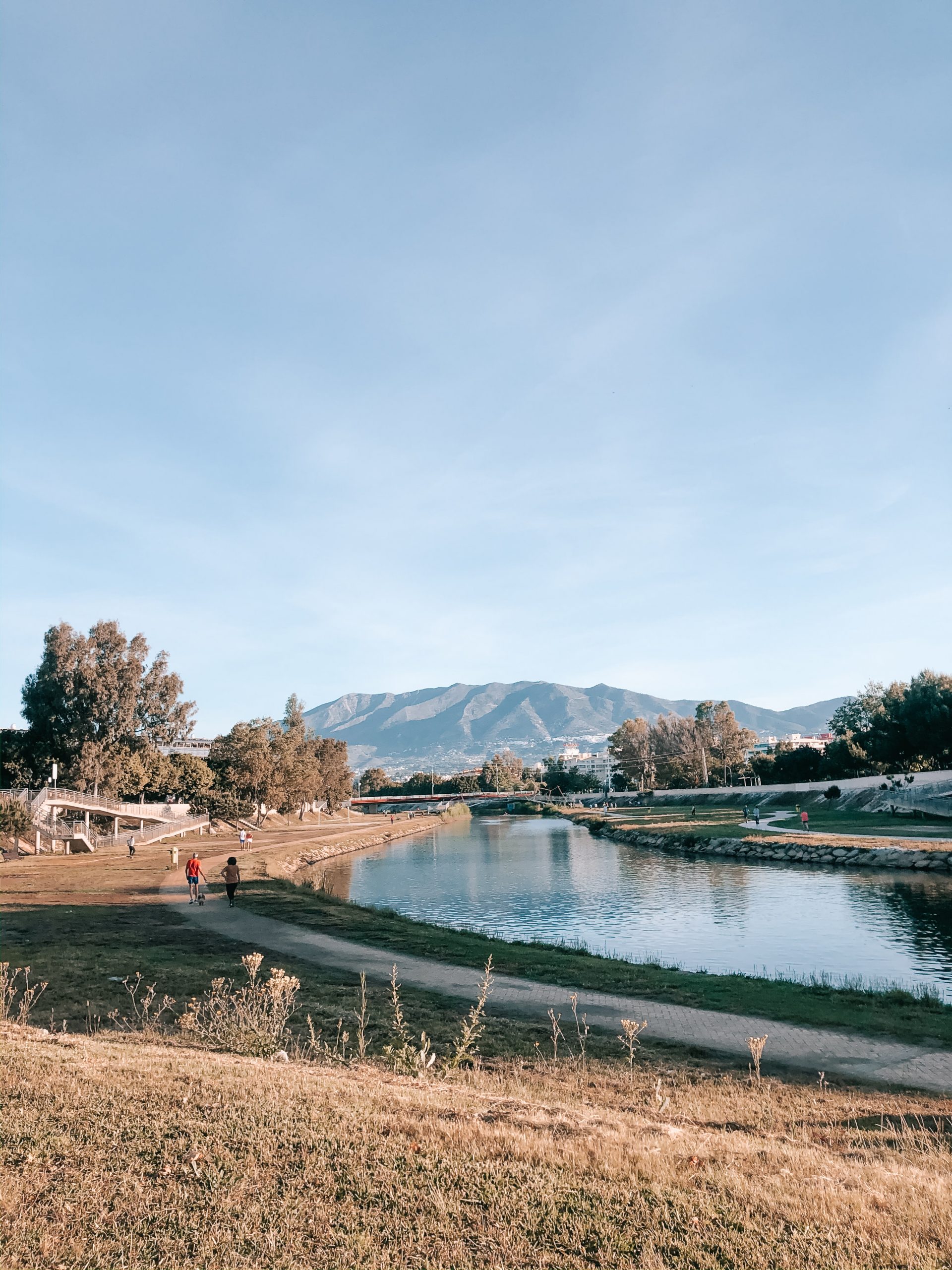 The craggy mountain trails of the Sierra de Mijas afford vistas over the coastline that are entirely worth the inevitable sweat patches (for everyone’s sanity, do not attempt the more intense routes in June, July, or August). The simplest path is a 20-minute ascent to the Ermita del Calvario, a quaint white church overlooking Mijas Pueblo. This is suitable for all abilities, and a particularly lovely walk at sunset. You can find a map of all of the mountain routes online, but one of my favourites is the blue route up to the Pico de Mijas. It passes the church, weaves through pine trees, and boasts breath-taking (literally, I have asthma) views of Mijas, Málaga, and Fuengirola’s coastline. The yellow route – named Cañada de Gurtrudis – is a steep but short hike winding through the Spanish hills; while the red route hugs the mountain curves and runs parallel with the coast.

Another one for whimsical walkers – La Concha is quite some hike, but the views from 1,200 metres above sea level are certainly worth the calve burn. The impressive mountain top towers over the Boho Club hotel (just try not to think about how imposing it looks from your pretty bungalow). The route starts at the pretty town of Istán, and the peak looks over the Spanish coastline, Gibraltar and North Africa.

The beaches in la Cala de Mijas are quieter than those in nearby Fuengirola, and you can reach relatively hidden coves thanks to the boardwalk – named the Senda Litoral de Málaga – that links much of the Costa del Sol. The path follows the shores 160 km from Nerja to Manilva, passing through Torremolinos, Benalmádena, and Marbella. In rather typical Spanish fashion, the boardwalk is not entirely built yet, but it should be complete within a few years, and the Cala de Mijas section is already walkable. Park near La Familia for easy access to the ocean. 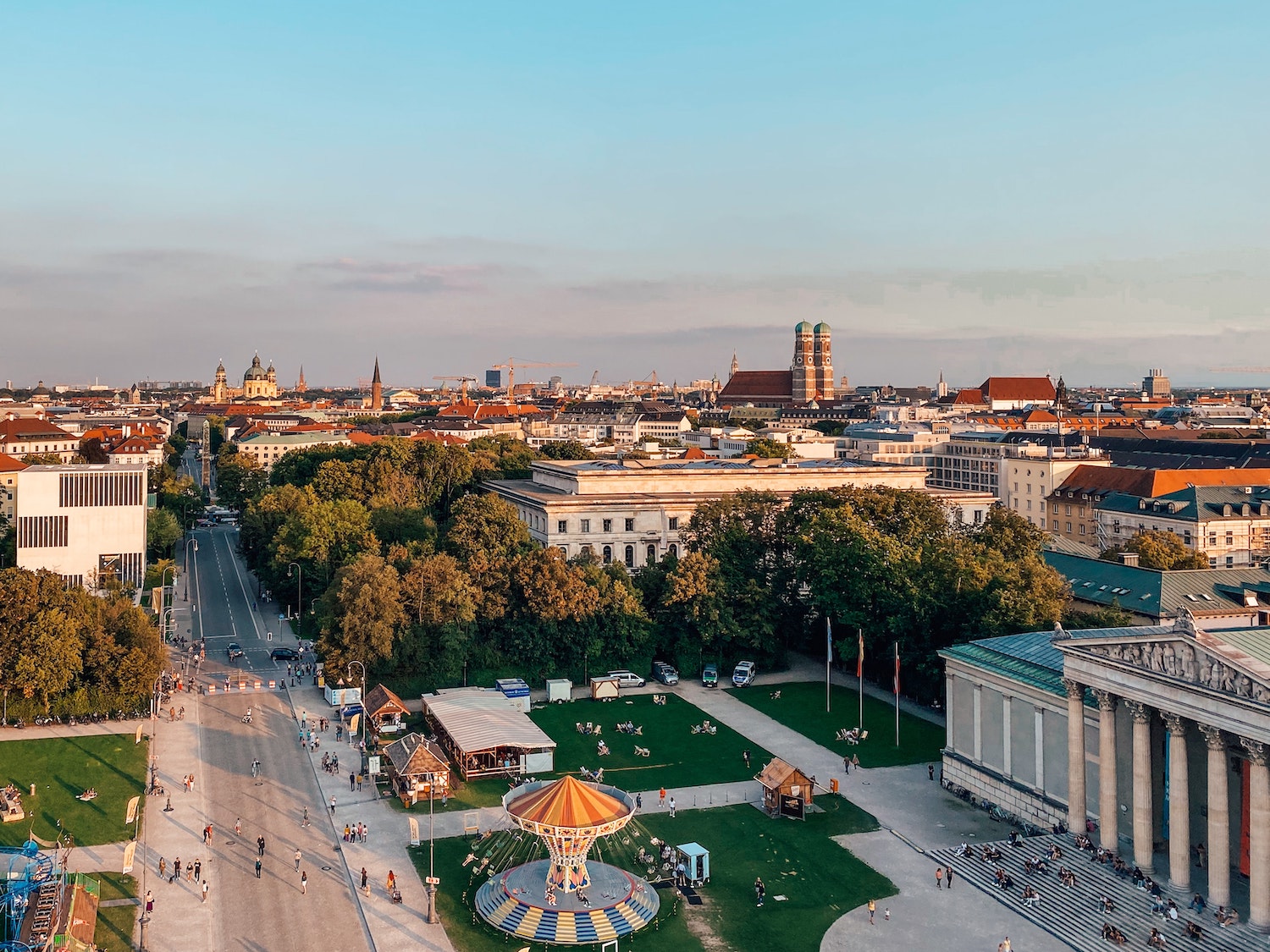