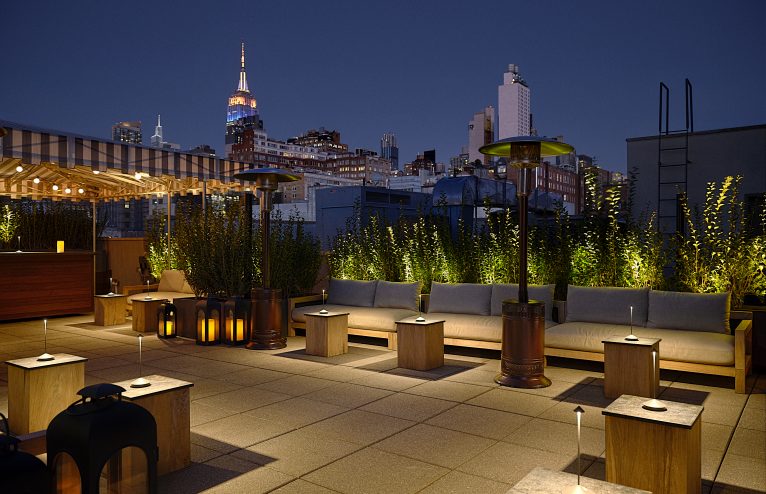 Checking In: The Moore, New York, US

Opened in October 2021, The Moore is a new luxury design hotel in the heart of Chelsea, one of Manhattan’s most desirable and attractive neighbourhoods.

Named after the building’s original owner, the 19th-century scholar and poet Clement Clarke Moore, The Moore is situated at one end of a picturesque tree-lined street of Chelsea townhouses, offering a quiet nook to retreat to at the end of the day. With this enviable location and its residential feel, The Moore makes for a refreshingly laid back, stylish stay in NYC.

Unlike many other New York hotels which make their presence known with huge entranceways, signage, and lights, The Moore is an altogether more understated affair, with an entrance that looks closer to a luxury apartment block than a hotel. The small, very classy lobby features a reception desk and marble coffee bar, designer velvet sofas, wood panelled walls, patterned tiles, and soft low-key lighting. It has the welcoming feel of a living room, albeit one with high-end design fixtures and a coffee bar, but the vibe is most certainly cool, relaxed hangout rather than hectic hustle and bustle. 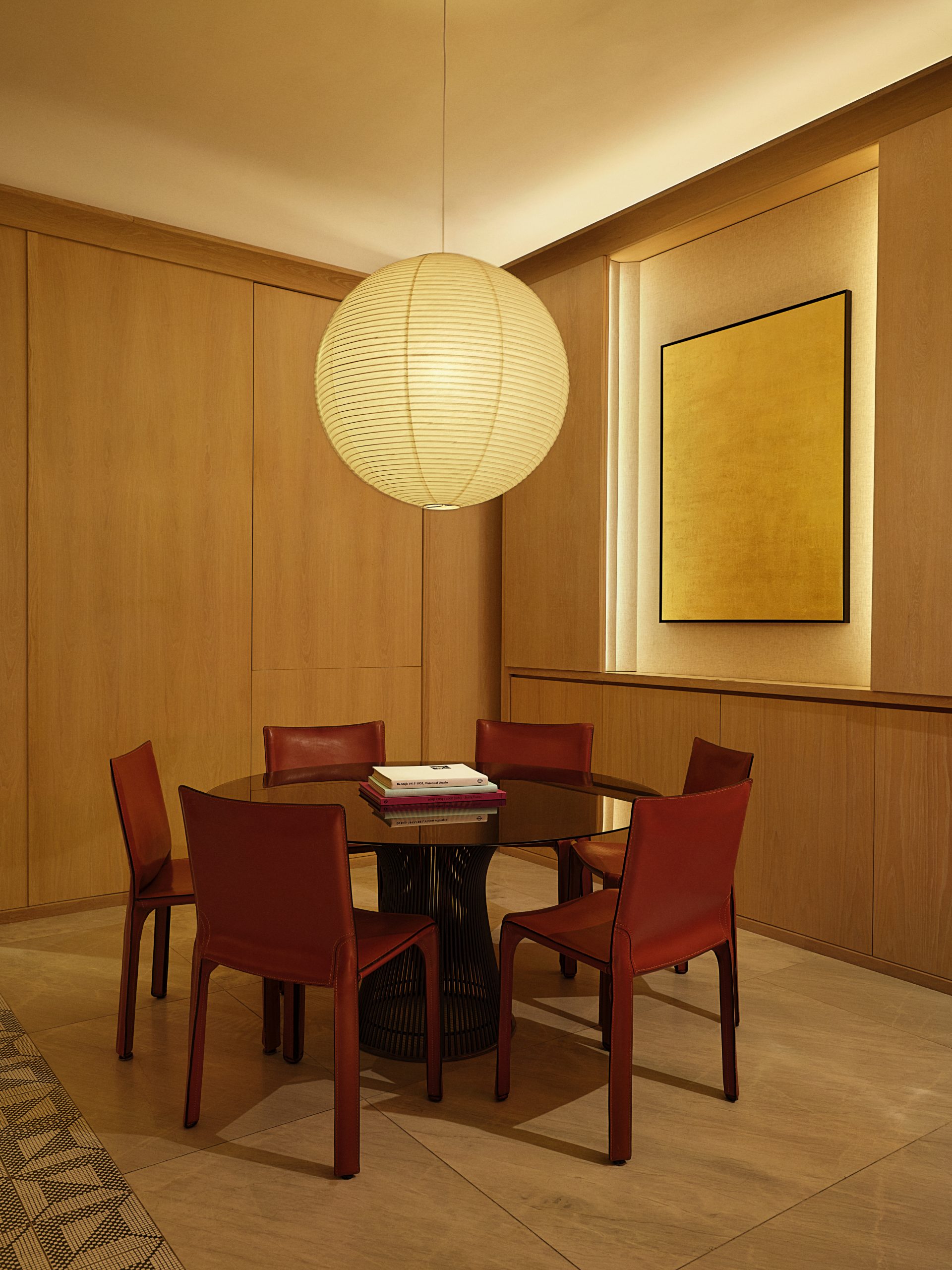 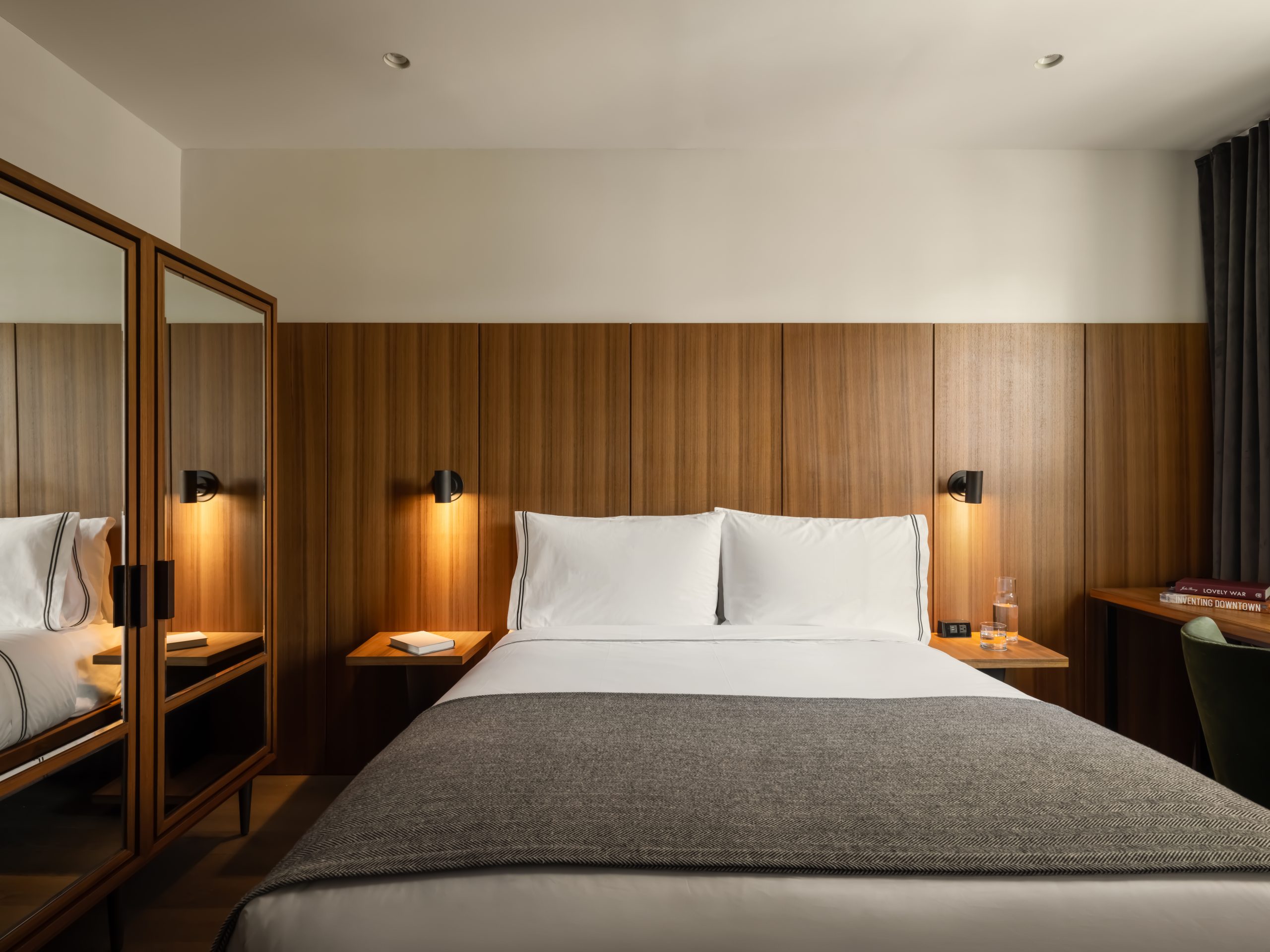 The Moore, including the 81 guest rooms, has been designed by Vanessa Guilford, and the whole property exudes a confident, casual elegance with wood tones, rich colours, and simple luxurious touches. The rooms come in various sizes (none of which are particularly large but, hey, this is New York) – all combine style and function to make the most of the space. All rooms have a rich neutral palette with off-white textured walls, wide-planked fumed oak flooring, and teak wall panelling, while the larger sized rooms also include a writing desk. Bathrooms are decked out in sleek black tiles, offset with brushed gold fixtures, and stocked with Maison Margiela products. 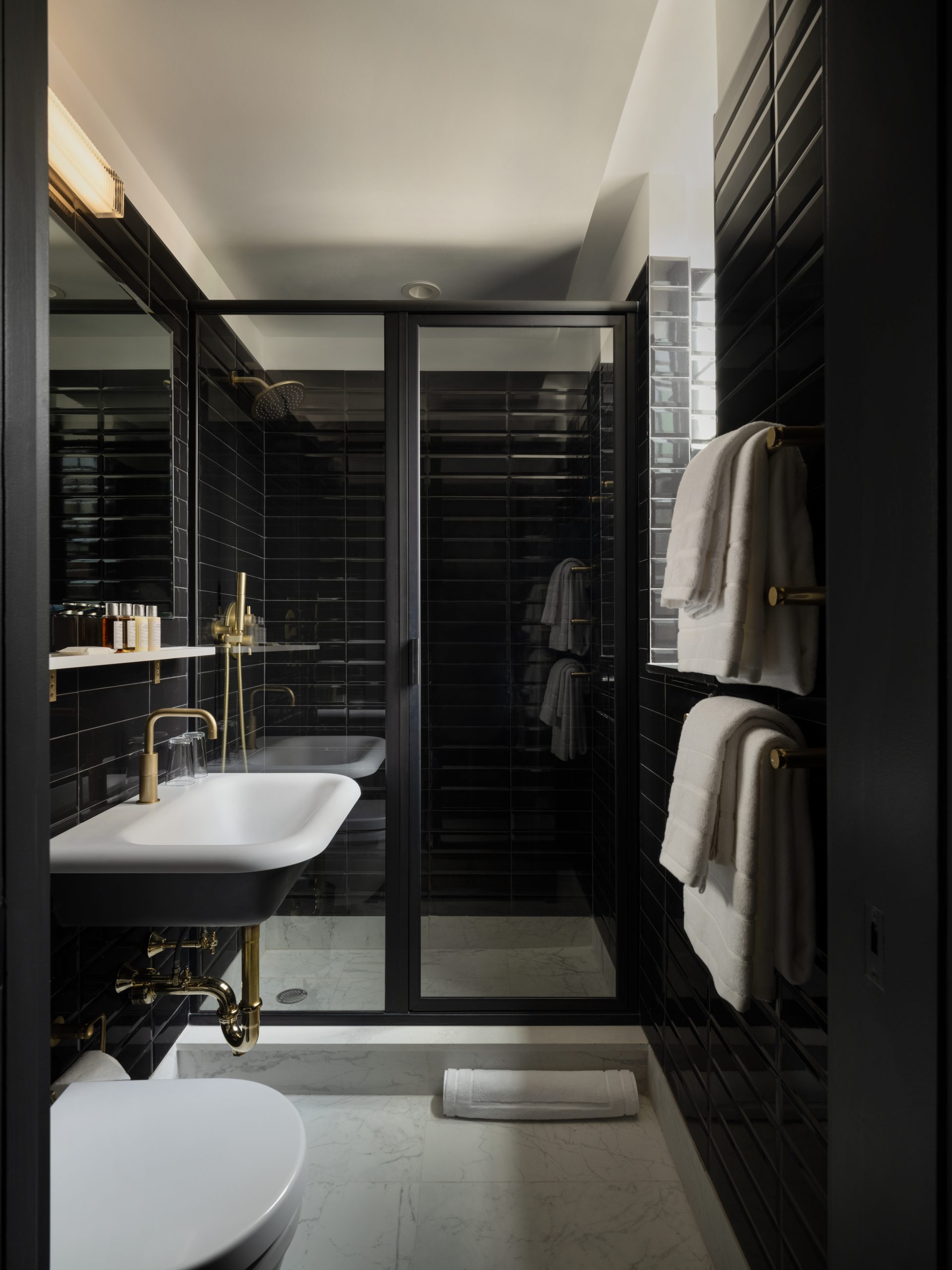 A “dry minibar” features high-class snacks and treats from the likes of Tony’s Chocolonely – just in case you haven’t been snacking enough whilst out and about it in the city. There’s also Frette linens and robes, Chromecast enabled TVs for when you want some downtime, and a state-of-the-art gym in the basement for when you want to burn off some of the calories from the night before.

Aside from Café Moore in the lobby, which is your first stop of the day for coffee and pastries, the hotel also features a rooftop wine bar, pleasingly named Moore Wine. As with the rest of the hotel, it’s a classy affair with plush sofas, lots of greenery, epic views of the Empire State building, and a superb list of wines from around the globe. From summer 2022 there will also be a menu of small plates to accompany the wines. 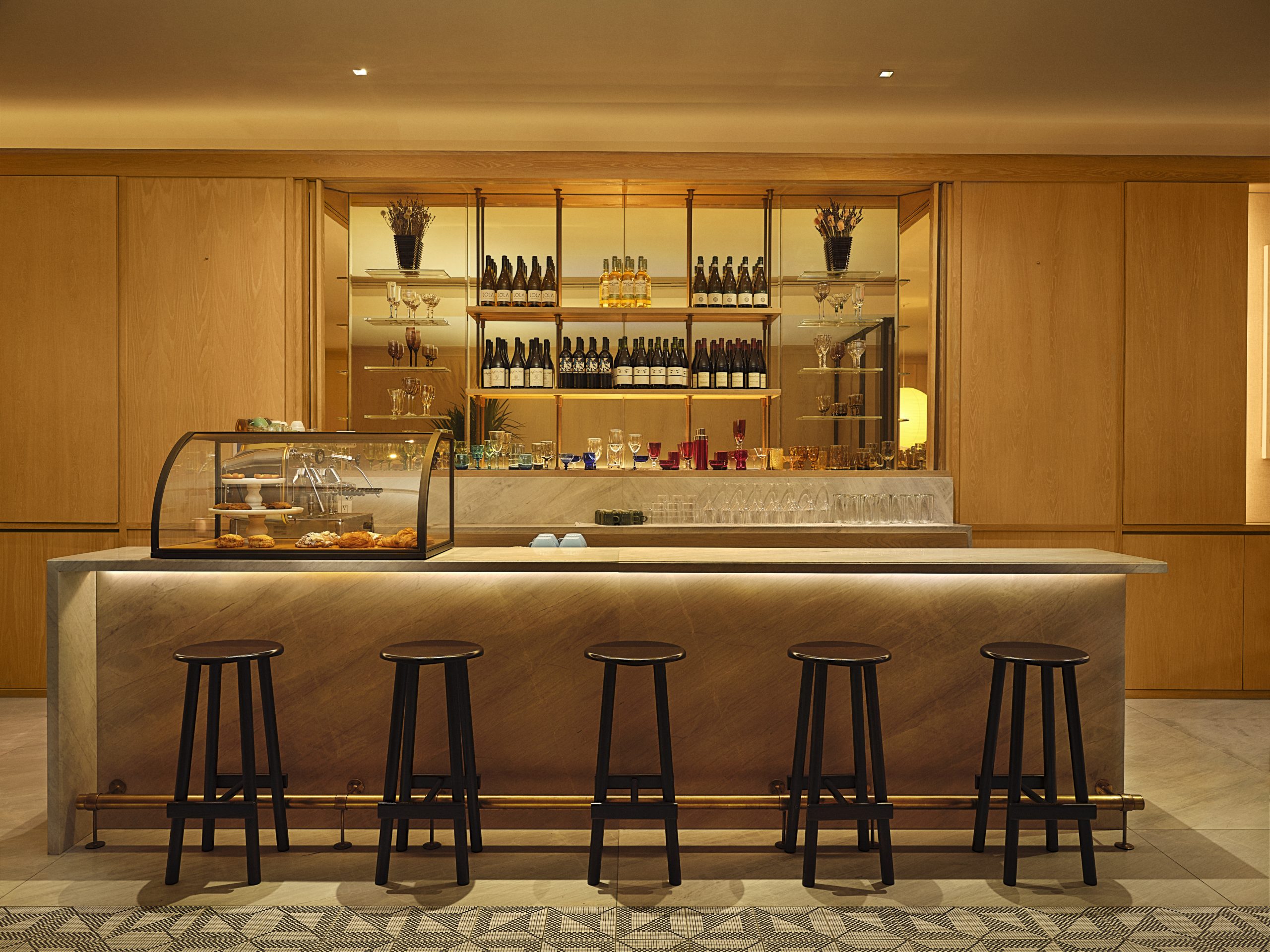 All of New York is within easy reach of Chelsea but the immediate neighbourhood has plenty to offer itself – just wandering the incredibly pretty cross streets and fantasising about owning one of the multi-million-dollar Brownstones could easily take up a morning. A block to the east you’ll find the legendary Chelsea Hotel which is currently undergoing a huge refurbishment – stop by for a drink and the newly rejuvenated El Quijote bar. A couple of blocks to the west, you can join the High Line, the beautiful walkway on an abandoned railway track that’s become one of New York’s must-visit attractions. Further south there’s Chelsea Market, home to some of the city’s best tacos courtesy of Los Tacos No.1 (be prepared to queue). And newly opened on the Hudson River moments from the Market is Little Island, a floating park designed by Thomas Heatherwick. 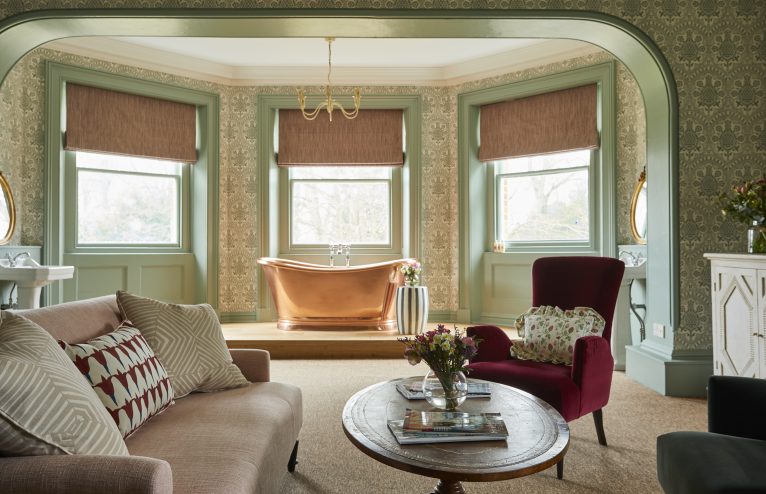