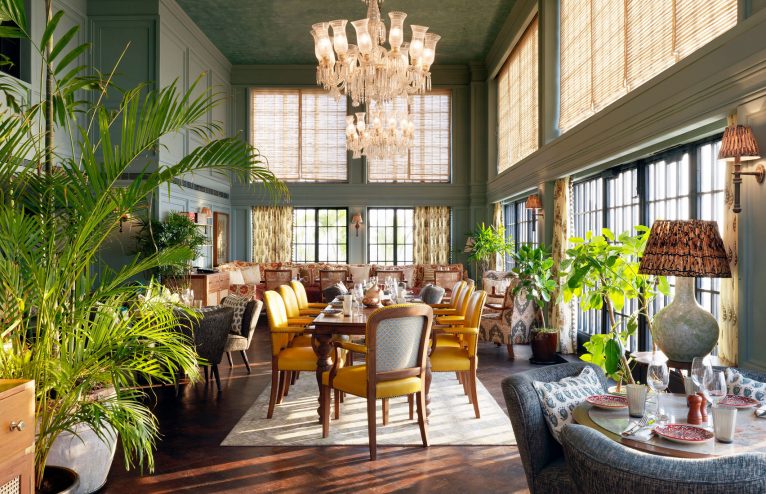 As of September 2022 there are only 331,000 posts marked #sohohouse on Instagram, very few of them taken inside one of the 38 global houses. A small number for such an illustrious brand, and definitely by design. No photography is one of the house rules, aimed at giving members privacy. Other rules include laptop and mobile phone free areas, and a strict dress-code requesting no formal-wear – turning the traditional member’s club rules on their head.

But Soho house has always done things differently. This was immediately clear when Nick Jones, founder of the stylish member’s club, selected London’s Soho as his first location in 1995. In the mid 90s, Soho wasn’t the popular area that it is today. It was eclectic and creative, yes, but somewhat rundown, and often considered dangerous. It may be no coincidence that the opening of the very first Soho House coincided with the rapid gentrification and development of the area. 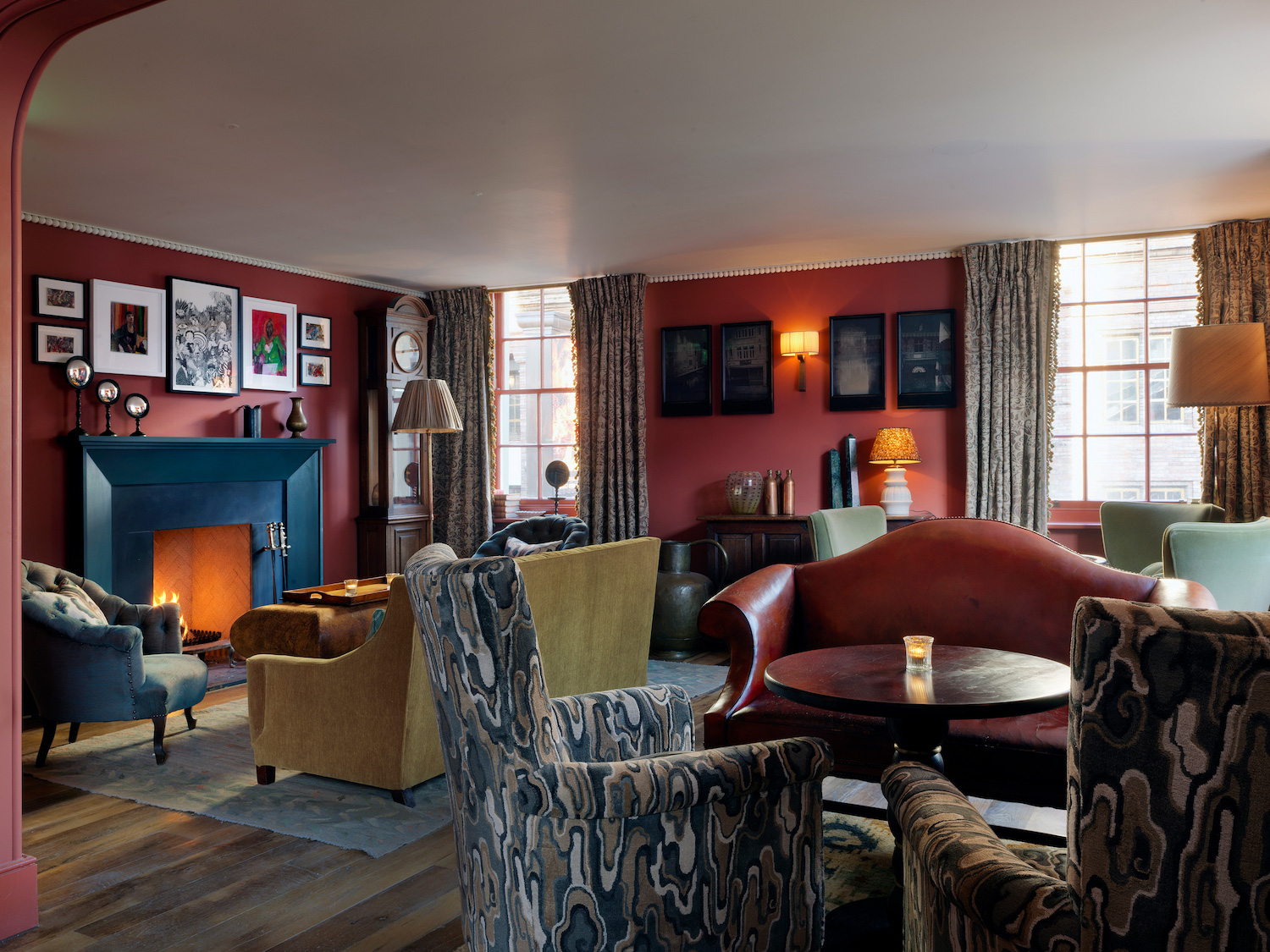 Turning rules on their head has been a part of the Soho House philosophy from the very beginning. And perhaps nowhere more so than in the very criteria you’re measured against to gain access to the club: you must be a ‘creative’. Before Soho House, member’s clubs were designed for the elite: those with money or family connections. At Soho House – unlike the member’s clubs of yore – money alone won’t get you in. No, it doesn’t matter how much you have.

At Soho House - unlike the member’s clubs of yore - money alone won’t get you in.

So what does it take to be a Soho House approved creative? In the mid 90s you’d be given a very quick ‘no’ if you worked at a bank or somewhere determined to be similarly formal, while artists, actors, writers, and designers were welcomed in. Today, the rules are a little more relaxed: perhaps you work in a corporate environment but make pottery, or DJ, in your spare time. Soho House will consider you creative enough to apply, though your ‘creativeness’ – and that of everyone else who applies – will be judged by a panel before you’re allowed in the door.

Once you’re in, what can you expect?

A stylish but comfortable aesthetic, designed to help members feel at home. Somewhere to relax, socialise, make connections, and be creative. This is yet another way Soho House challenged the status quo at its inception: comparable clubs at the time took a more formal design approach in line with their more old-fashioned – some may say stuffy – environment. 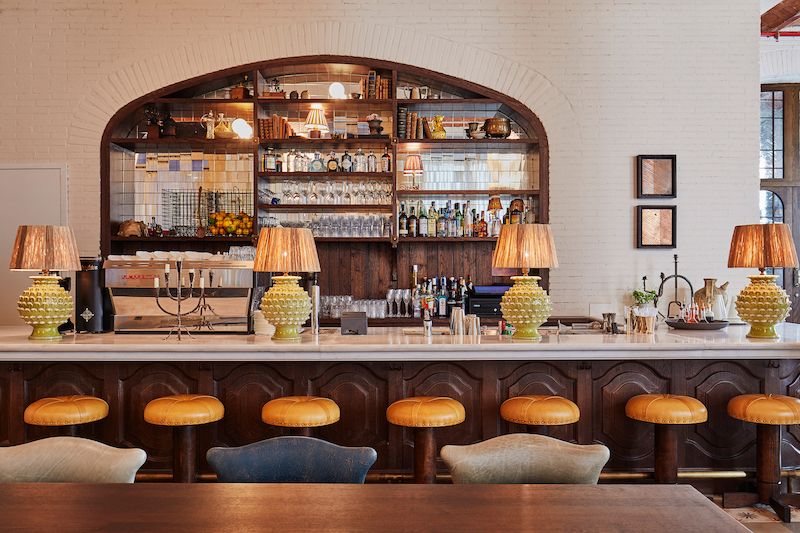 You can also expect a dress code. It’s strict, but not in the way you may imagine. Going against all the usual dress code rules, no ties are allowed inside the clubs, or dinner jackets. Slicked-back hair is frowned upon. Laptops are allowed until 4pm in several clubs (banned in many) so a trendy-clad range of freelancers will be discussing scripts or next-gen tech creations. Curious, for a well-established member’s house, but a way of inspiring members. The idea is not to dictate how member’s should dress, or when they should take work calls, but rather to embody a relaxed environment, and foster a creative one. A space for people to focus on the big ideas, not the small details. 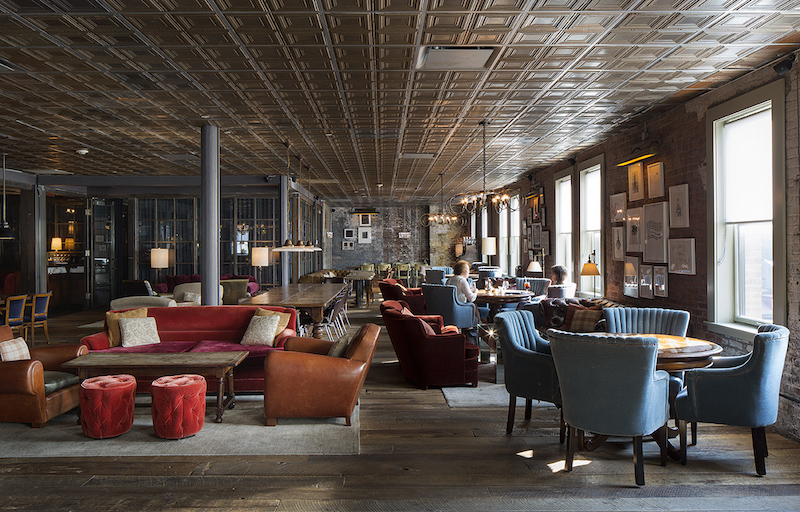 All policies here have been designed with ideation and innovation in mind. No surprise, really, when the house was – and continues to be – such a trail-blazer in its field. Soho House is a member’s club, but it goes far beyond that. It boasts countless covetable bars and restaurants inside its houses, from London to New York, Mumbai to Barcelona. It also offers member-access to houses all over the globe: the perfect homes-way-from-home for its 142,000 global members. Three more houses are scheduled to open by the end of 2022, in Stockholm, Bangkok and Mexico City, but Soho House is not stopping here.

...they were ‘one of the reasons I started Soho House; to bring members from all different creative backgrounds together to meet and support each other’.

In September 2022, they implemented the first ever Soho House awards to recognise established and emerging creatives, and the ceremony was broadcast live across their Instagram and TikTok platforms. True to his intentions from the beginning, Nick Jones said about the awards that they ‘brought a real smile to my face’ and that they were ‘one of the reasons I started Soho House; to bring members from all different creative backgrounds together to meet and support each other’. 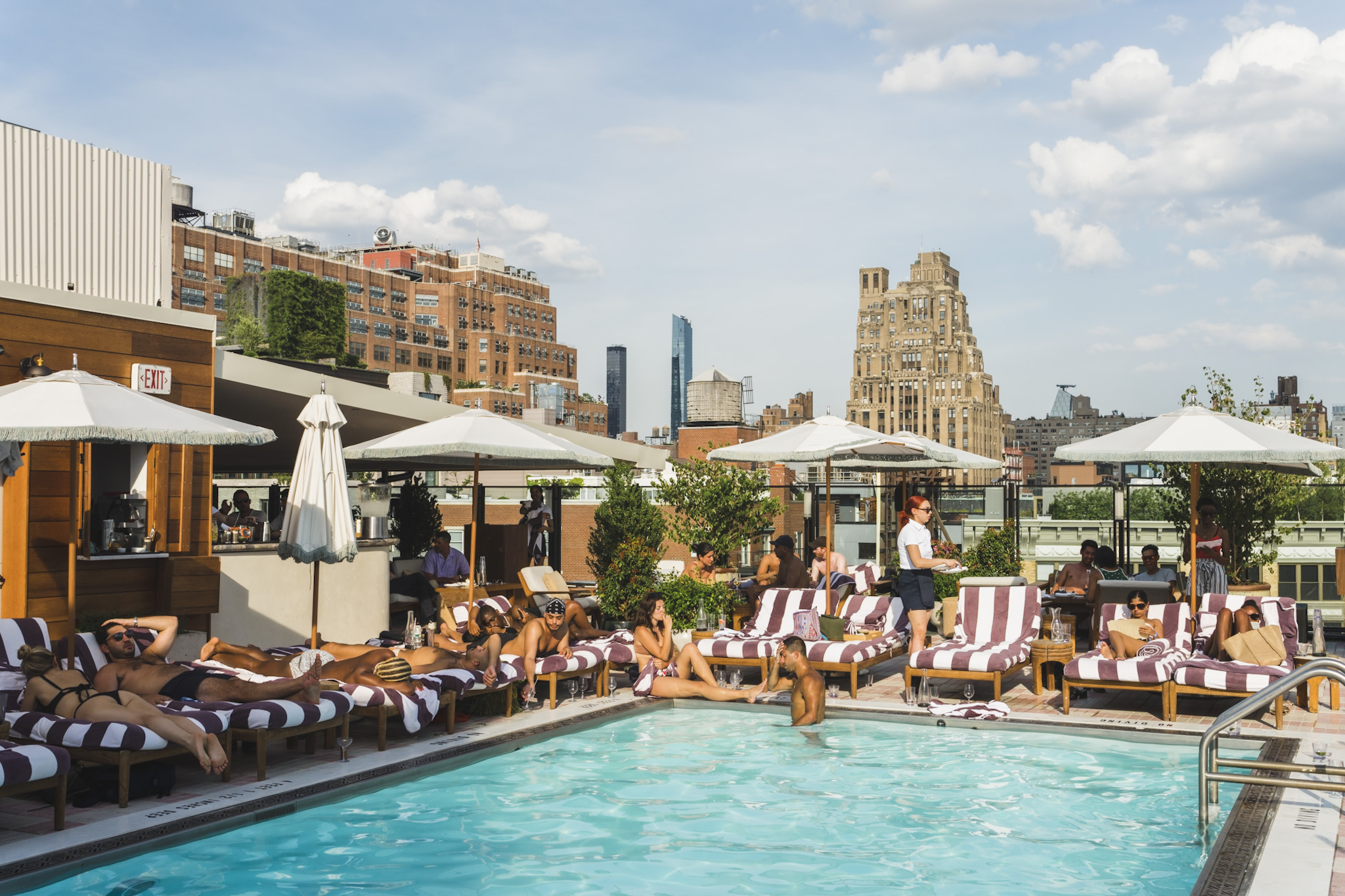 The house is also ramping up their Cities Without Houses membership – curating members’ events in cities where they don’t have a house, and they’ve moved into the retail space with Soho Home and Soho Skin. They’re making moves in the digital world, too. The Soho House app allows members to manage bookings and payments, connect with other members, and to access member-made podcasts and videos.

It’s clear that innovation, specifically of concepts that nurture creativity, has been integral to the Soho House journey from the very beginning, and that it shows no signs of stopping. With members-to-be eagerly awaiting entry to the upcoming houses in Sweden, Thailand and Mexico, the wave of fans continues to grow and word continues to spread. Admirably, all with no organic promotion by members via social media, or any paid advertising.

It seems the Soho House ‘no photography’ rule works in two ways. It allows member’s the freedom to relax, safe in the knowledge that nothing is being documented, but it also ensures the brand remains somewhat elusive, just out of the grasp of the general public. And this, it seems, is the allure of Soho House for many. An approach that seems to be serving the house well. 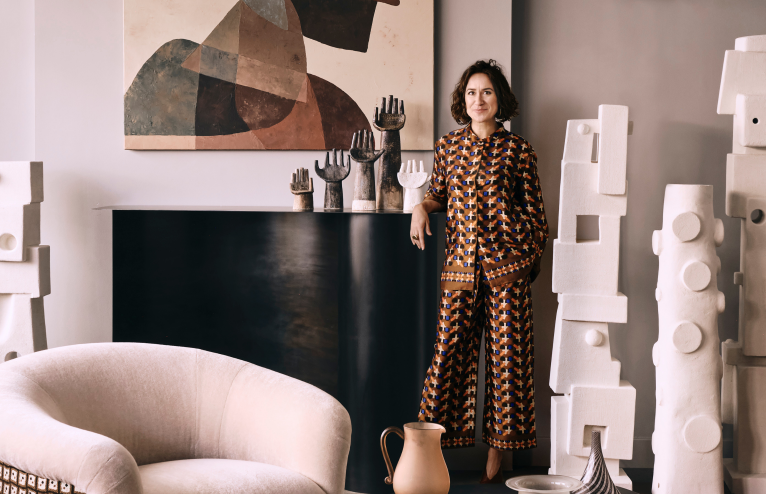 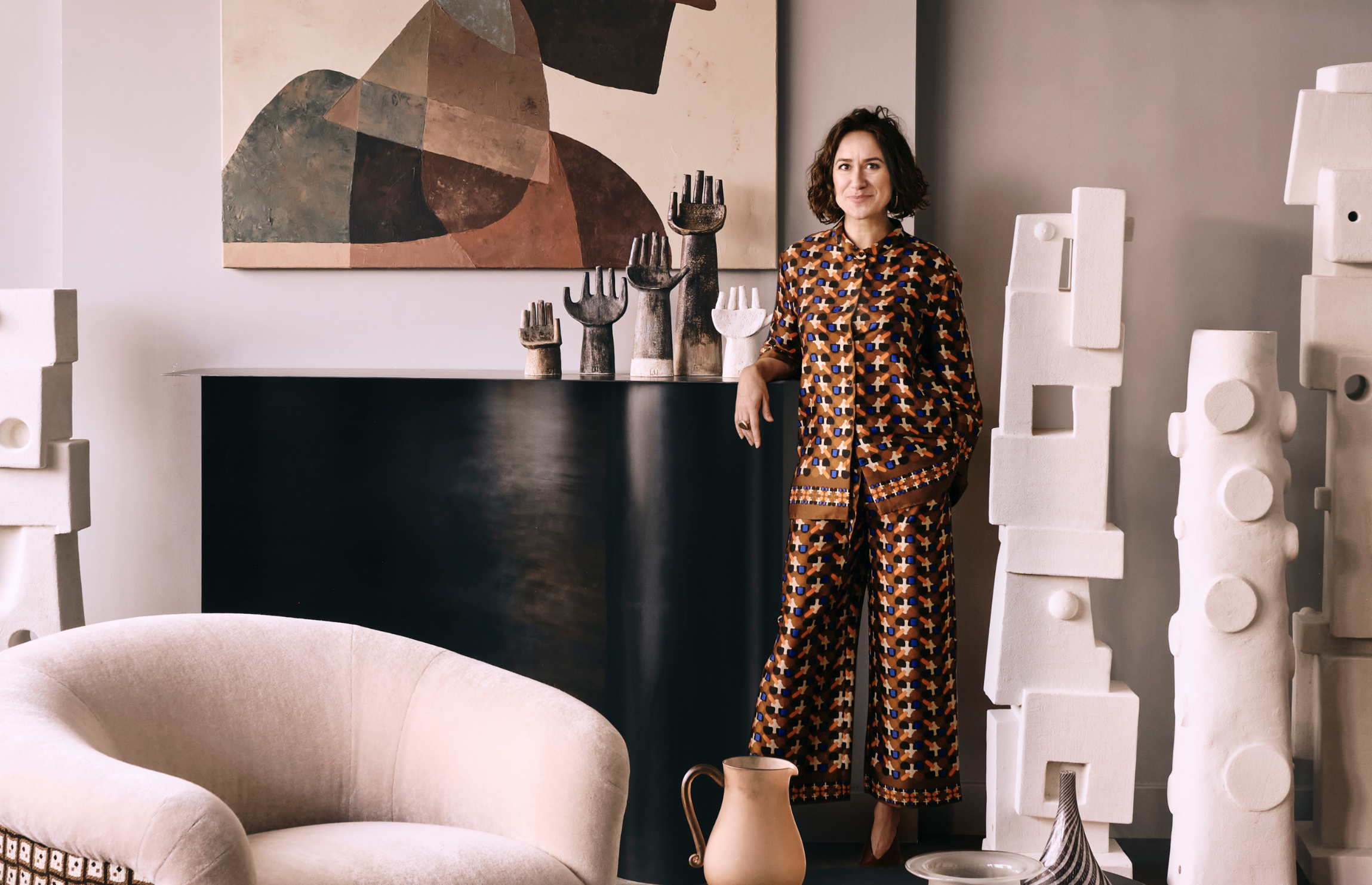