Known as the Caribbean destination of choice for the world’s most influential individuals, St Barths is an island oozing glitz and glamour.

Among the excitement, in a tropical garden above the rocky shoreline of the sought-after Pointe Milou neighbourhood, is Hotel Christopher. This 5-star retreat boasts a quiet luxury that will transport you to a world of your own.

Located on the north side of the island, overlooking a bay and with absolute privacy, Hotel Christopher St Barth has a humble beauty that feels more down-to-earth than its posh competition. Marrying French sophistication with a tropical paradise, the sweeping views of the sea set the backdrop for a self-contained haven.

Seemingly the most in-demand spa on the island, visitors from top luxury hotels in St Barths travel to Sisley Spa for its one-of-a-kind treatment rooms overlooking the ocean. The prestigious Parisian cosmetics brand is synonymous with its use of natural ingredients and essential oils, and its signature Phyto-Aromatic treatments are highly sort-after. But it’s the sound of the waves radiating through the open doors that create the utmost relaxation. The five treatment rooms, all with their own terrace and outdoor shower, are minimally decorated with neutral colours and materials that contribute to the sense of well-being. After experiencing the Expert Phyto-Aromatic Facial – with a specialist who used products targeting specific skin issues (in our case, post-flight dehydrated skin) – it was no surprise to learn that this spa has been elected both the Caribbean and Saint Barthélemy’s Best Hotel Spa by the World Spa Awards. Your skin looks better than it has in months, boasting a clear complexion and radiating a healthy-looking glow. 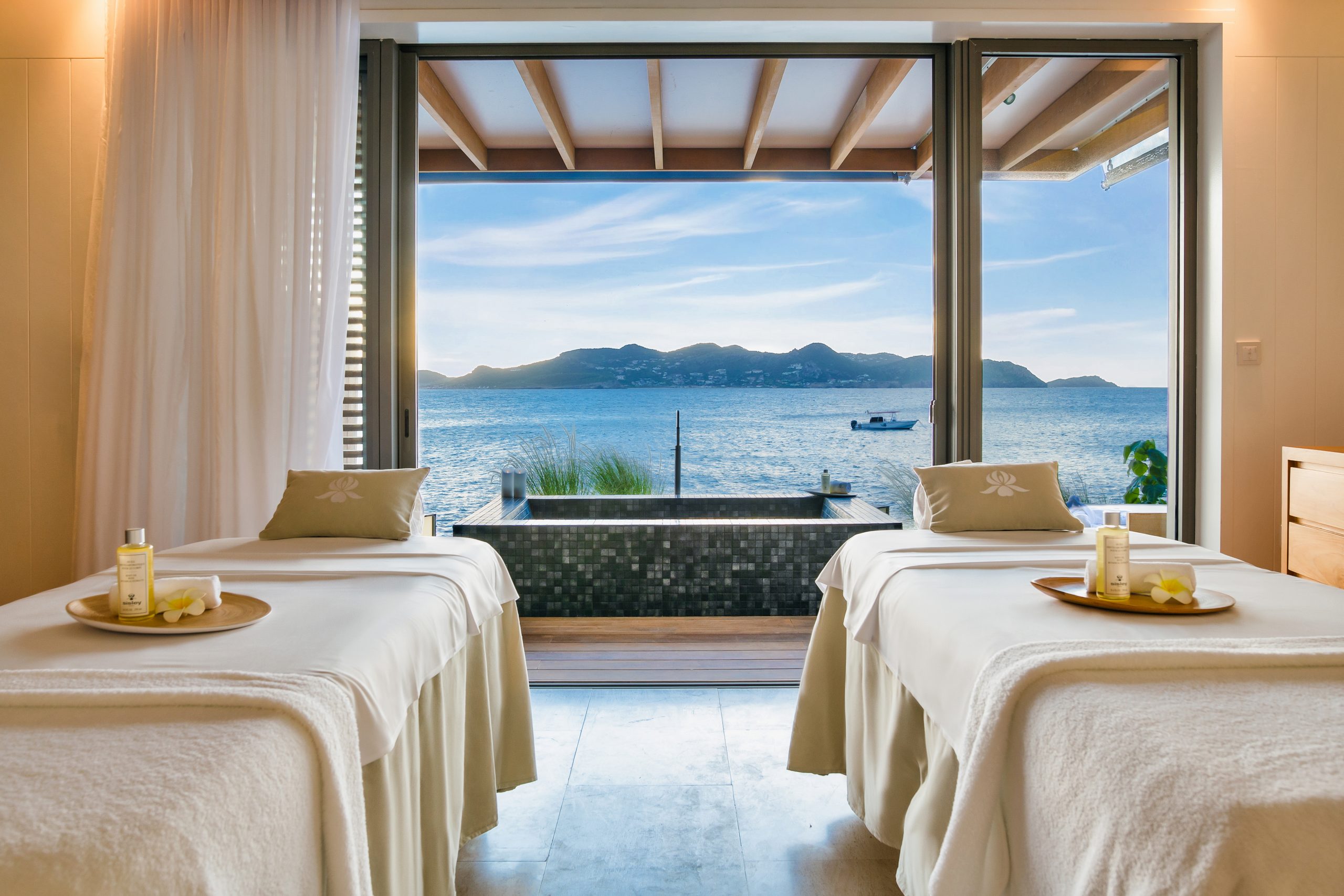 The spa doesn’t have its own pool, but Christopher St Barth’s infinity pool blends into the ocean from the hotel’s clifftop location, and is the largest on the island. Its wooden deck – with understated sun loungers and scattering of palm trees – forgoes beach-club beats for the kind of welcoming ambience you’d expect pre or post-spa. Whether soaking up the rays or sipping on cocktails, the soothing Caribbean Sea is picturesque to say the least, and the pool area is blissful, instantly tackling any symptoms of stress.

The hotel hosts 42 rooms and suites, and three recently added villas, all with uncompromising views of the ocean and calming tones echoing the serenity of the spa. The aesthetic is carried throughout the hotel and rooms feel secluded amongst the tropical vegetation. Traditional Creole architecture – seen in the ceiling beams – is fused with minimalist contemporary design and pops of the hotel’s signature orange hue for a sense of warmth. Large bathrooms aren’t short of Sisley Paris products, including the Hair Ritual line that will give you smooth and soft locks all holiday. Watch the sunrise from your private terrace or balcony, or take a front-row seat for sunset as you sip champagne in your granite bathtub. 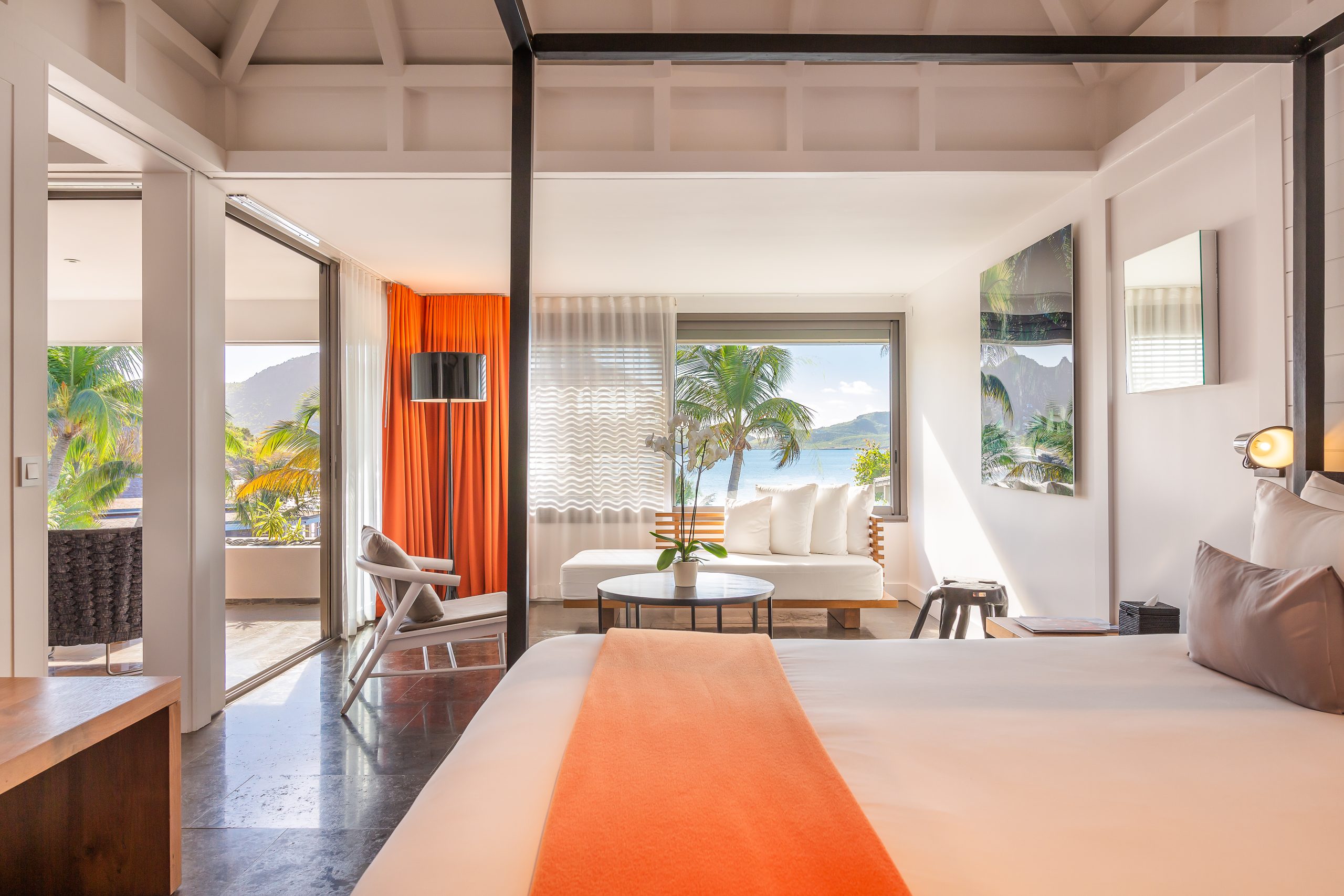 Next to the pool, on the cliff edge, is RIVYERA, the hotel’s exceptional restaurant led by two Michelin-Star chef, Arnaud Faye. Set to a sea of turquoise waters and exuding the charm of the French Riviera, chef Arnaud’s gourmet cuisine is everything you would expect from this 5-star property. His culinary expertise was paired with Hotel Christopher only last year, after previous stints at The Ritz and the Mandarin Oriental in Paris (earning them their Michelin stars while there). Expect Mediterranean delicacies such as smoked eggplant caviar, seared tuna, and vegetable ratatouille to awaken your palette. A French gastronomy delight that we’re sure you’ll head back for day after day.

If you want to head to one of the many glamorous restaurants on the island, Bonito or Tamarin come highly recommended. And be sure to book a professional hair and make-up session with Sisley Paris experts before you head out – a swishy blow-dry or dewy evening make-up that’ll have you feeling your best after a day of zen. 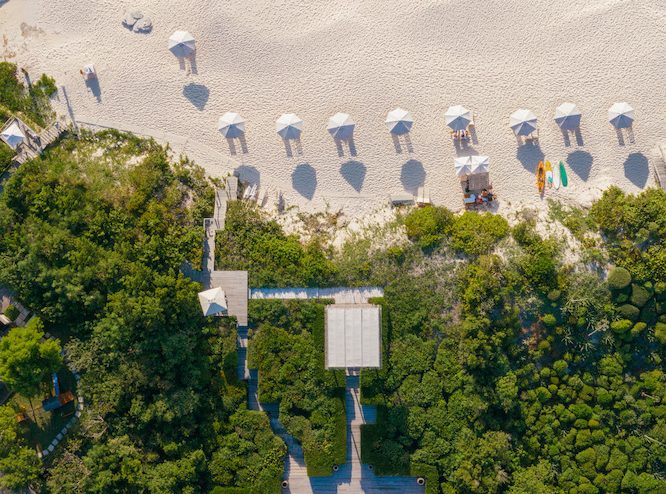 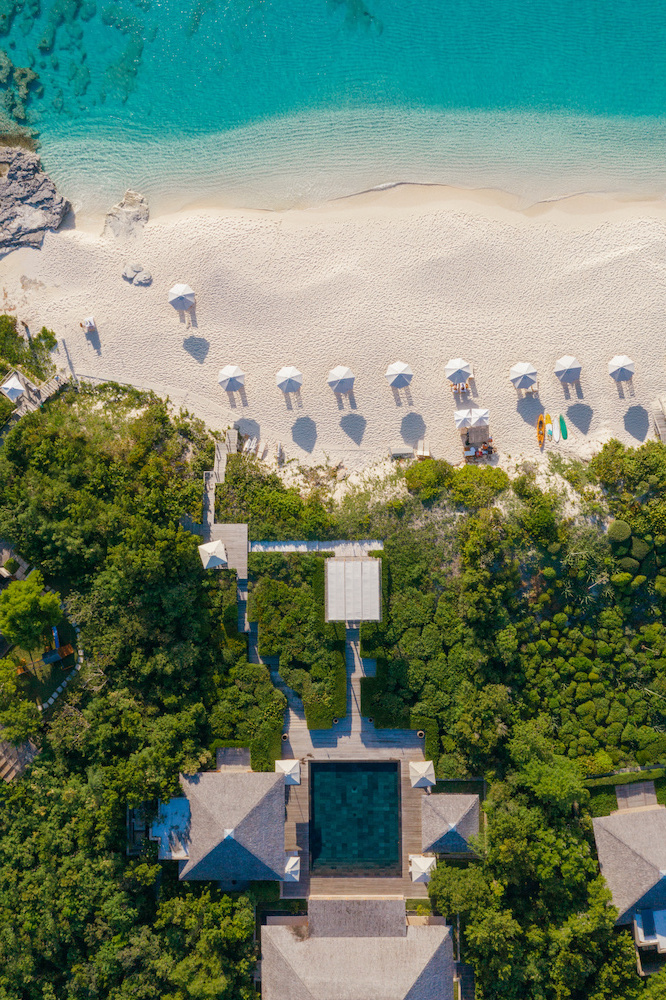 Spa Of The Month: The Ranch Italy At Palazzo Fiuggi