Your 2023 Horoscope: The Travel Edition

Welcome to your 2023 horoscope: Ready to reset? A new calendar year arrives in tandem with the Sun firmly rooted in Capricorn territory.Getting motivated, establishing boundaries and forming new rituals are all classic Capricorn season themes, pulling us out of the festive season slump.

There’s a cosmic pull for life-affirming travel in 2023 with Jupiter in outgoing Aries for the first half of the year. Immersive experiences and solo travel continue to have a strong appeal; connecting with kindred spirits, being in the great outdoors and acting on impulse are all at play under this fun-packed transit. The mood shifts on 16 May when Jupiter takes up residency in Taurus for the first time since 2012, calling for a more grounded and gentle approach to travel; little luxuries become a necessity and you could be drawn to mountain hideaways flanked by forests, or an off-grid, farm-to-fork excursion.

On 7 March, Saturn, the planet of discipline, authority and responsibility, swims into Pisces after a three-year jaunt in Aquarius. Is there a part of your life that needs a major restructure? Because Saturn will be there to magnify the details. Starting from April, the eclipses are back in motion – stirring serious change depending on your chart. Whether you’re staying close to home, taking to the mountains or playing urban explorer for the most part of 2023, these are the key astrological events to have on your radar for the year ahead.

Happy solar return, Capricorn! This is your time to shine. Jupiter entered Aries on 20 December just in time for Capricorn season, bringing with it a fresh batch of new energy in your domestic fourth house. You could be travelling close to home during your birthday season and slightly further afield in May, when Jupiter shifts into Taurus. Note how your needs transition around this time. Not one to scrimp on the finer things in life, a well-deserved treat is on the agenda this summer following the last of the Scorpio eclipses on the Taurus/Scorpio axis. Eclipses can be intense and exhausting, so a spa vacation in the mountains would work wonders during this period – ideally before or after the Scorpio eclipse which occurs on 5 May, and before the Taurus eclipse on 28 October. The time in between is a safe space to hit the road and reflect under the stars.

Immersion is your travel theme of the year after a period of hopping around, especially when Jupiter enters Taurus on 16 May. Before that, Jupiter will be marching through Aries for the first half of the year, a travel-specific transit that could spark a succession of trips and projects to do with podcasting or writing. Jupiter in Taurus slows things down; you’re not necessarily travelling less but you might find there’s a deeper need to stay in certain locations for longer periods at a time for eco purposes as much as an innate desire for more in-depth immersion. The last set of Taurus/Scorpio eclipses – which have been floating in your houses of career and home – will be closing an important chapter that might have felt unsettled in lieu of the eclipses. Remember, eclipses come in cycles: where there’s an ending there’s a fresh new beginning.

Your travel habits are shifting dramatically this year. Jupiter, your ruling planet, will be cruising through fun-loving Aries to begin with. You might feel impulsive during this transit, adventuring on a whim and finding more pleasure in short-distance travel. Come spring, there’s a stark contrast as you settle down and come to terms with some momentous eclipse moonbeams and themes to do with companionship and autonomy that have repeatedly cropped up over a two-year period. Travel plans might seem a little hazy during the first Aries solar eclipse on 20 April followed by a Scorpio eclipse on 5 May. This is when you’re likely to see a major turning point on a project that’s been eighteen months in the making, so stay put if weather permits and block out a day or two for quiet contemplation. Scorpio season (23 October to 21 November) calls for a celebratory escape. 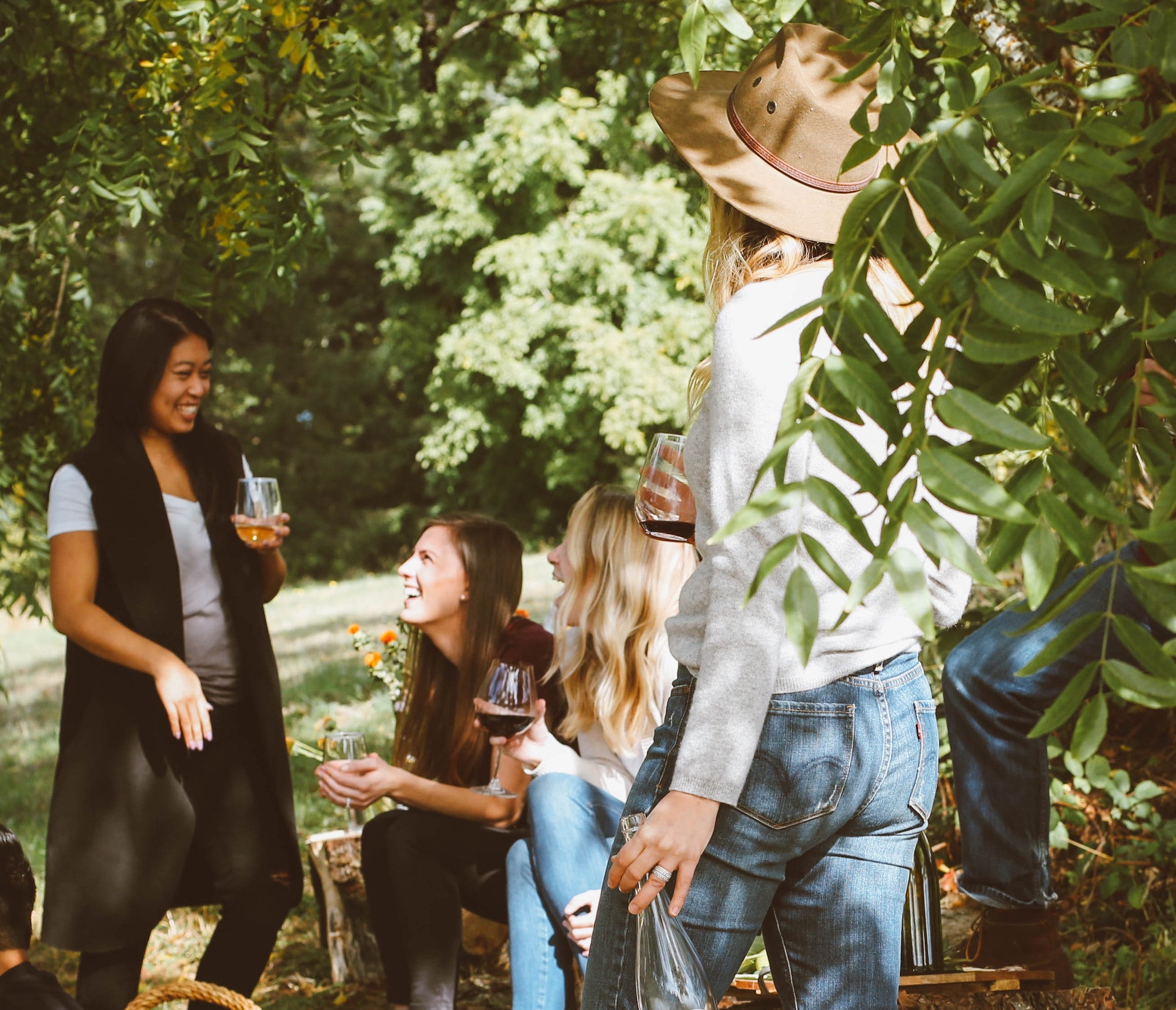 Research mode on! Being in the great outdoors is a major theme for your sign in the first half of 2023. There’s just one small astrological snag to keep in mind: Mars retrograde. This transit directly impacts your sign as Mars is your ruling planet. Lasting until 12 January, there’s no time like the present to delve into deep research, using the prevalent pragmatism of Capricorn season to sort any prior logistics. By April and May, you’re hitting the road and meeting new people in fresh settings. There’s a collaborative spirit in the air during the solar eclipse in Libra on 14 October, a celestial checkpoint that signals a powerful cycle of transformation. Expect the unexpected.

2023 is brimming with transformational eclipses and celestial checkpoints. This is your year for long-haul travel, especially when Jupiter, the planet that governs travel and philosophy, cruises into your sign on 16 May. Now you’re in your element – and just in time for the summer months ahead. During eclipse season, the prospect of travel only appeals if it means slowing down and forming meaningful connections. The lunar eclipse in Taurus on 28 October marks the end of an astrological cycle centred on your relationships. Revelations are en route as you close a new chapter and start anew.

You’re likely to be travelling with friends as you read this with thanks to Jupiter in Aries – an abundant transit that focuses on your group activity. Jupiter in outgoing Aries brings a boost of confidence and good vibes your way. Make the most of this transit before things slow down in May when Jupiter enters Taurus. This can be a good thing as you steer away from hedonistic pursuits in search of a gentler approach to travel. The eclipses are back in April, May and October, activating an area of your chart pertaining to your health and wellbeing. Let this be a summer of doing things in moderation: early morning yoga followed by beers on the beach. Bliss. 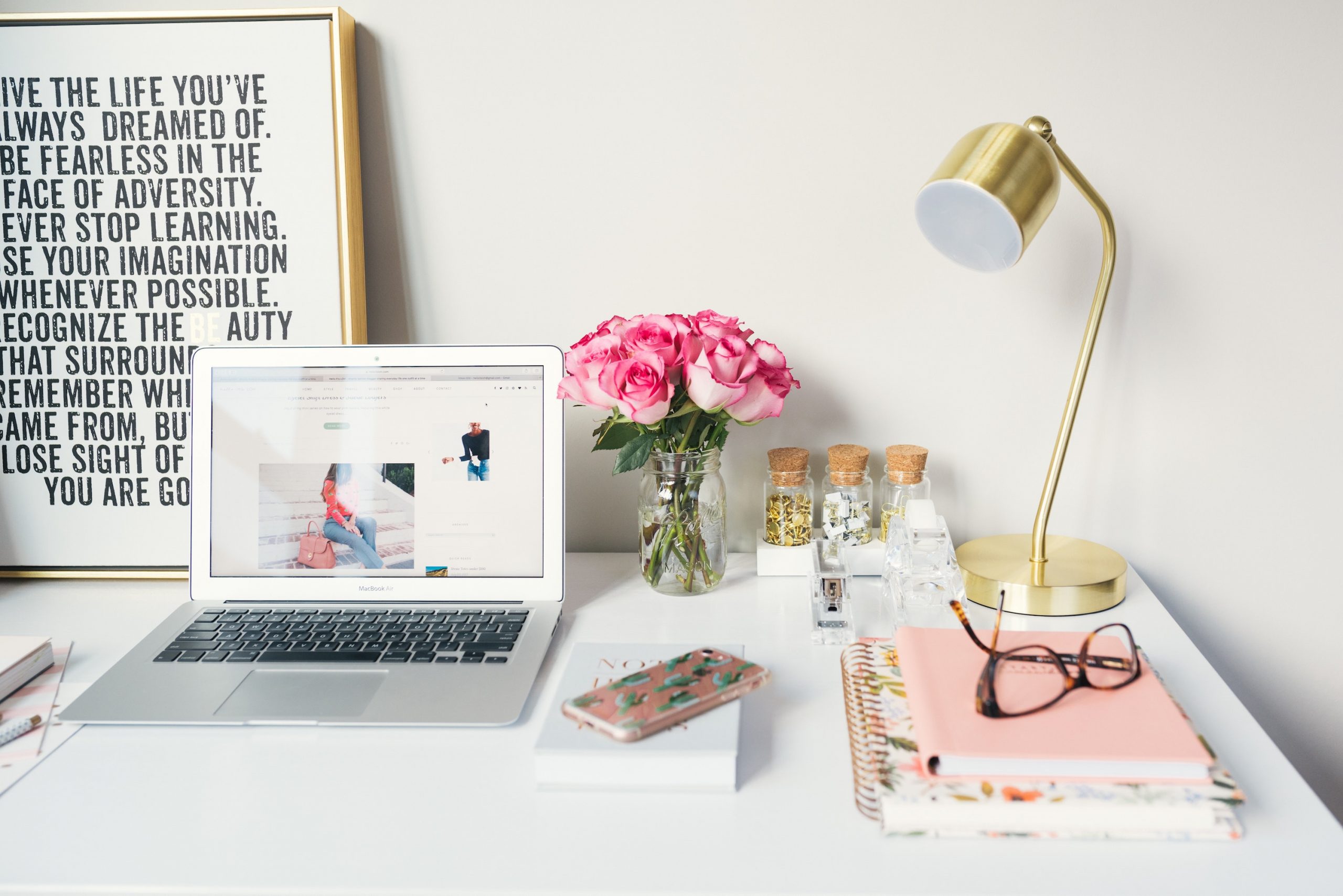 Hello new you! You’re starting the new year with a refreshed surge of confidence. While Jupiter remains in Aries for the first half of the year, you could witness a slew of positive career changes. Experiencing a need for increased freedom? Now’s the time to speak up under the influence of Aries, an action-oriented sign. Then we’ll see you in somewhere like Lisbon, working remotely in a swish co-working joint. As long as you have a solid base to return to and call home, you’re more than happy to venture further afield for business this year. The sentiment remains the same for much of the summer. Come Autumn, a lunar eclipse in Taurus on 28 October calls for calm seas and a post-summer stomp in the woods.

This is a big year for travel for Leo Risings. With Jupiter’s abundance in your ninth house of travel and philosophy, you could be travelling extensively from the get-go. You might learn a new skill or language while on the road, picking up phrases to win over admirers near and far (as per). Save the indulgent sunset dinners for another occasion during the eclipses in April and May, an astrological period of rest and recuperation. Mercury moves out of retrograde just in time for Gemini season, aka shoulder season, bolstering your mood and desire to elope to a tropical destination at a moment’s notice.

If you happen to be travelling in the new year, Jupiter in Aries is asking you to ditch the itinerary and travel at whim. Straying from the itinerary gives you a newfound sense of freedom. This transit also shines a bright light on your finances beyond the pay-cheque, bringing abundance and clarity your way. As your ruling planet, Mercury is a key planet to look out for while navigating the astrological weather of 2023. This mischievous planet will be retrograde in your sign from 23 August to 15 September, but that can be used as a force for slowing down at a time when you need to most. Between 15 September and 13 December, there’s a window of opportunity to embark on a cosy autumn/winter getaway with your SO. Make the most of it before the final Mercury retrograde of 2023, which lasts from 13 December to 1 January in the signs of Capricorn and Sagittarius. 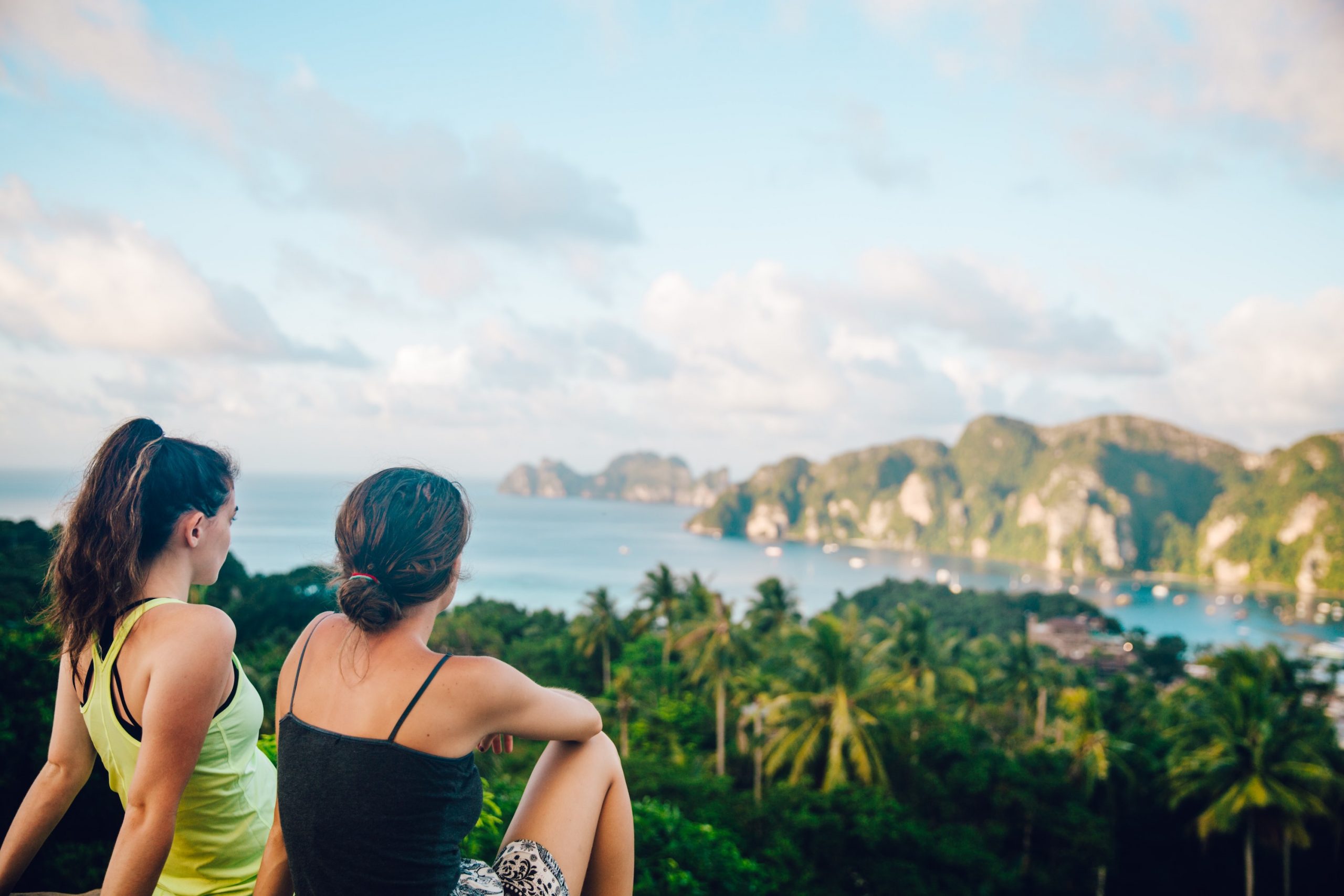 It’s a year of twists and turns, a rhythm that keeps you on your feet and on the ball. A dramatic plot twist could take shape around the first set of eclipses on 20 April in Aries, starting a fresh cycle of eclipses on the Aries-Libra axis. You guessed it: these eclipses are a big deal for Libra rising signs, ushering in huge, transcendental shifts – the kind that can be used to work on some powerful and exhilarating life developments. Pay attention to any themes that crop up around this time to do with power struggles in relationships; it’s wise to be selective about who you travel with now more than ever. Scribbling down these dates in advance gives you enough time and headspace to navigate the eclipses with finesse, and plot an adventure that aligns with the cosmos.

You’re closing a momentous chapter this year, making way for a new and improved version of yourself. Sounds a little déjà vu? That’s because you’ve been centre stage in the Taurus/Scorpio eclipse saga, a series that comes to a grand finale in May and October. It could be helpful to look back to 15 May and 25 October 2022 for recurring themes related to your partnerships and sense of self-expression. Give yourself ample time to rest, reset and repeat during this two-week window – starting on 20 April through to the lunar eclipse in Scorpio on 5 May. A summer of release awaits.

It’s likely you’re spending the start of 2023 in the company of interesting people, ideally strangers who have had the power to shift your perspective. Jupiter’s move into Aries, a fellow fire sign, has put you in a social state of mind. Seeking immersive experiences? By May, nature calls as you recalibrate your personal goals; being close to the ocean or a wide expanse of water contributes to a transformative journey of self-discovery. Naturally, the eclipses are back in pairs to pluck out some revelatory life questions; all you can do is sit back, be present and enjoy the ride. 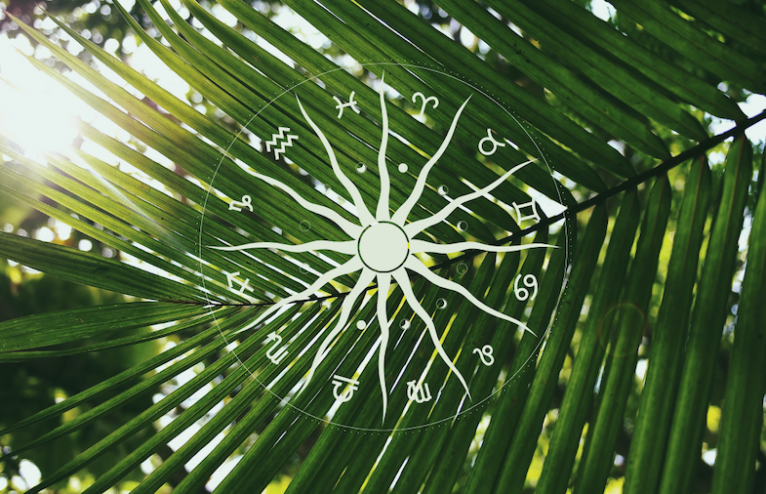 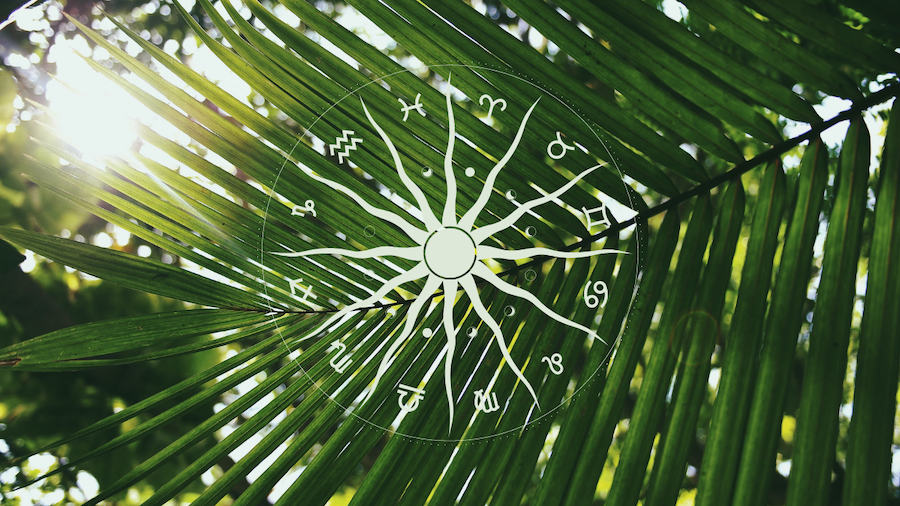 Your December 2022 Horoscope: The Travel Edition