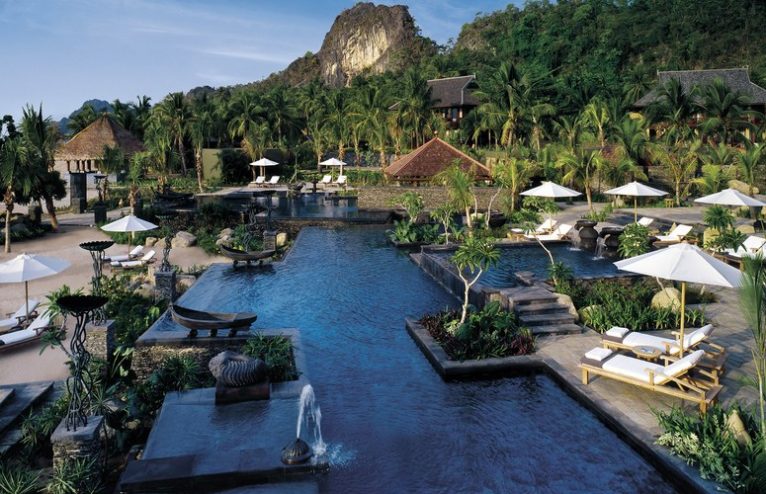 Head to the magical mangroves at Four Seasons Langkawi

When the Four Seasons Langkawi opened 12 years ago, the thought of asking people to pay money to stare at mud and trees made some people laugh.

Other tours were being given in the area and they were short, included eagles and monkeys, but breezed past much of the area’s wildlife. Langkawi’s diverse tropical ecosystems are home to various species of wildlife and thick geoforests make for breathtaking scenery. It became clear to management that not only would people pay for more in-depth nature tours, but it would also be a highly profitable venture and attract tourism. They were right.

The property recruited naturalist Aidi Abdullah to do it. While the Four Seasons Langkawi, a UNESCO site, is one of many area resorts that conduct the tours, the others don’t have Abdullah as a magic weapon – he runs their on-site Geopark education centre and boat tours. 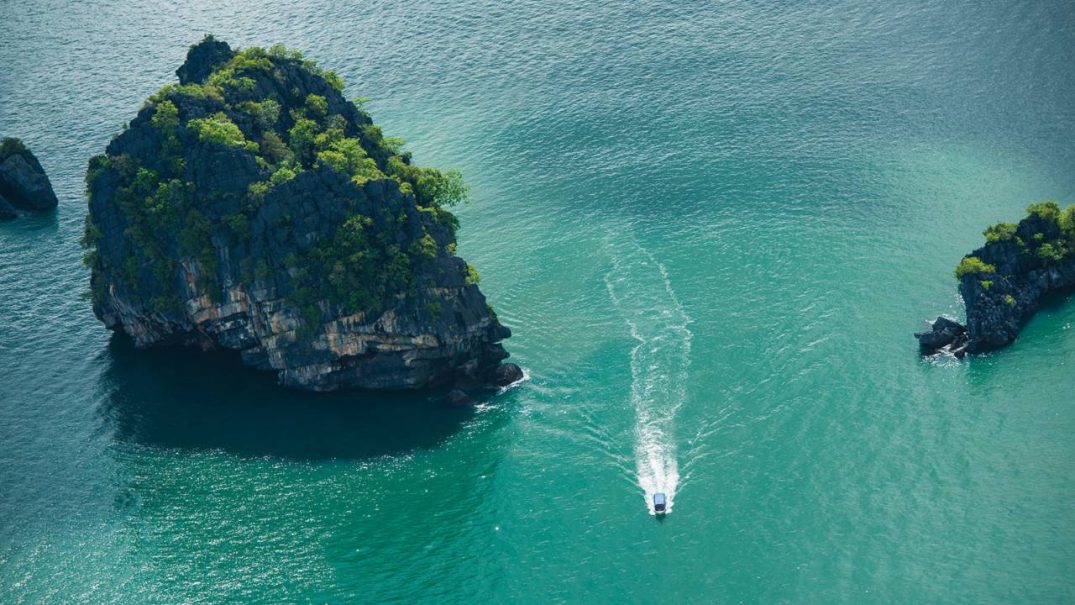 The centre is a mini ‪science museum‬ where staff naturalists give a brief overview of the history, geology and wildlife pre-tour. While all of the tour guides are amazing, it’s clear that for self-taught, lead naturalist Abdullah, this is not only a job he loves, it’s his life’s purpose and passion.

The nature-obsessed father of three has a sold-out photographic book, ‘The Birds of Langkawi, Geopark’ and is working on his latest photographic book on Langkawi’s Mangroves which is slated to be published this year. So cheeky personality and living encyclopaedia aside, what does one actually get to see on his boat tours of swampy forests within the Andaman sea?

For one, you’ll get to gawk at colonies of various species of crabs. Watching them serves as a reminder that most creatures have a social order and Abdullah explains the the order with great knowledge and excitement. “The women gather nutrients in the form of surface mud while the men serves as architects, cutting hole covers out of surface mud with the precision of a man made machine. The tops are meant to seal the crabs in once they retreat underground. Their body is meant to breathe air so when the tide comes in they need to trap themselves underground with food and enough oxygen to survive the 6 hour high tide cycle,” Abdullah explained. Watching them work in real time while Abdullah narrates is a magical experience.

Explore the mangroves and rainforests by day and sip cocktails by night. For honeymooners, families, adventure seekers, eco lovers, spa enthusiasts, and those who want to just chill – the appeal is as broad as it gets. 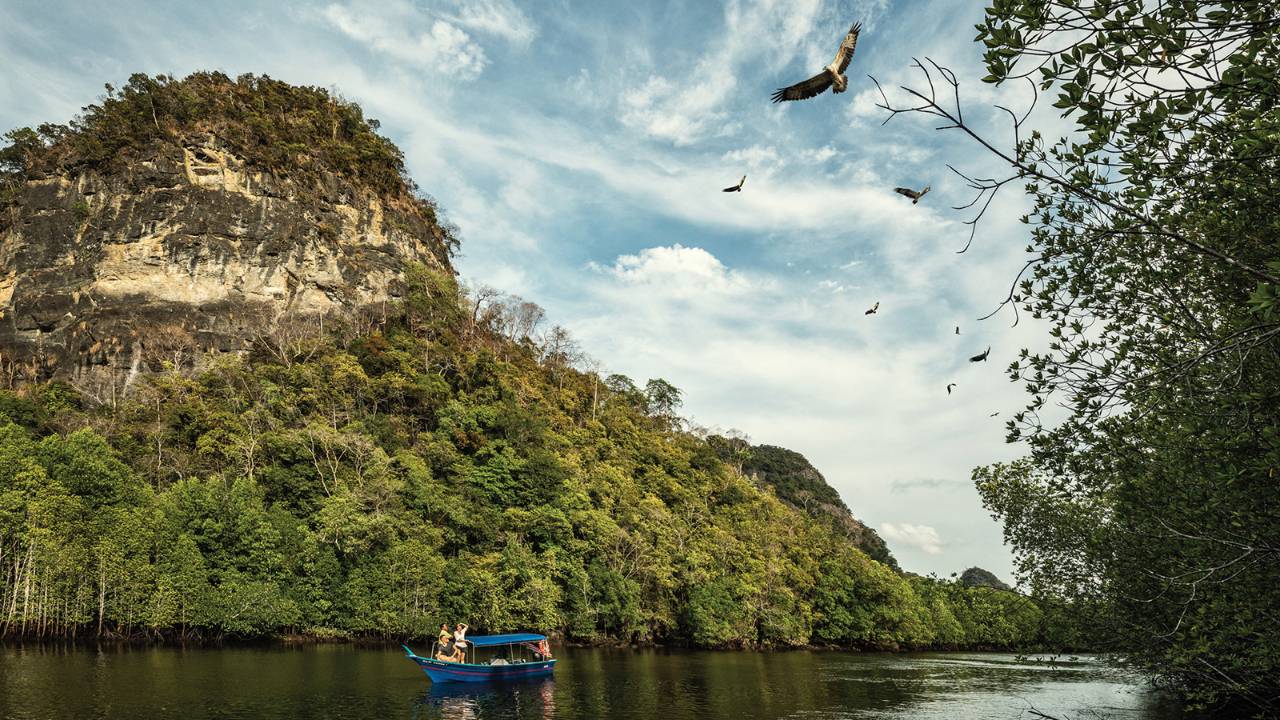 Next up are Macaque monkeys. There are about 100 of them in the area. These little guys are smart. Remarkably, they don’t bother with the boats that don’t offer treats and they’ve actually memorised the ones that do, and sometimes even embark to retrieve their culinary gifts. “Chinese tourists and women in Hijabs tend to draw them out. Their religions believe in paying it forward to god’s creatures – the monkeys know it and can spot them from metres away.”

Along the way Abdullah points out 550-million-year-old cavernous rocks, wildly colourful birds, snakes, indigenous fish, and more. And then when you emerge from the mangrove labyrinth and gaze up to the skies, you’ll see handfuls of eagles soaring on high. Langkawi is famous for its eagle population and is actually named after the Brahminy Kite eagle. “Our island is named after the bird (‘kawi’) and the brownish-yellow stone found here, that’s also the colour of much of the bird’s feathers.”

When the 90-minute tour is over, your brain won’t feel overwhelmed with information but you will have an entirely new appreciation for nature and nature enthusiasts like Abdullah. Not to mention jealousy-inducing Instagram posts for days.

Other activities at this world-class resort include the uber relaxing Geospa, where ancient balancing energies meet bespoke Earth, Water, Light and Air Treatments. Their trained staff will help you boost physical, emotional, mental and spiritual wellbeing and identify personal imbalances in a setting that resembles the magical island you’re already on. To extend your outer worldly R&R, book a private beach cabana alongside the divine infinity pool in the adult-only side of the resort. Friendly cabana staff will serve you hand and foot and meet your every need.

Next, satiate your appetite with casual, in-room and fine-dining options and a mix of modern fusion and Malay cuisines. 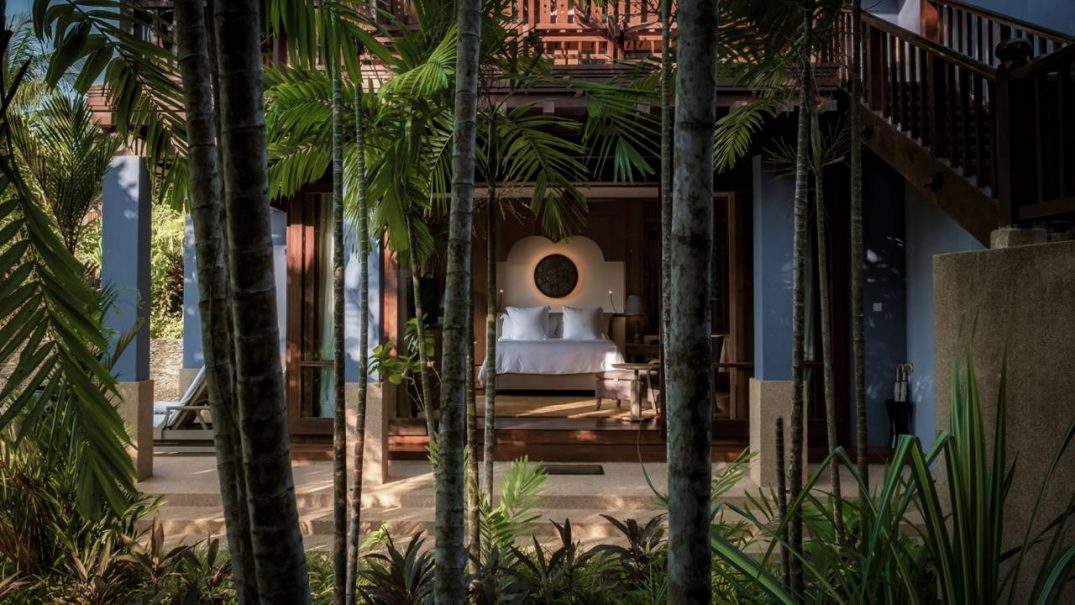 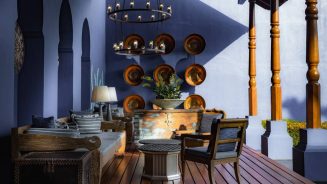 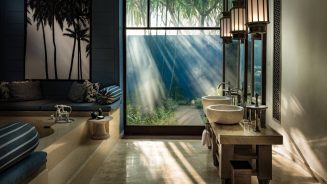 Langkawi, off Malaysia’s west coast close to Thailand, is popular with weekenders from Kuala Lumpur and Singapore as well as holidaymakers from the UK and Europe, and stopovers en route to Australia and New Zealand.

The 90 rooms, in six categories, are spread 48 acres and all feature tons of space. High ceilings, wooden floors, balconies or gardens and large bathrooms, many with a marble terrazzo soaking tub, nominally for two, but actually large enough to take a whole family.

Insider tip: while everything about this resort is top-notch, the bath and body products are not—so remember to bring your own.

Prices start from £328 per night for a Melaleucca pavilion room 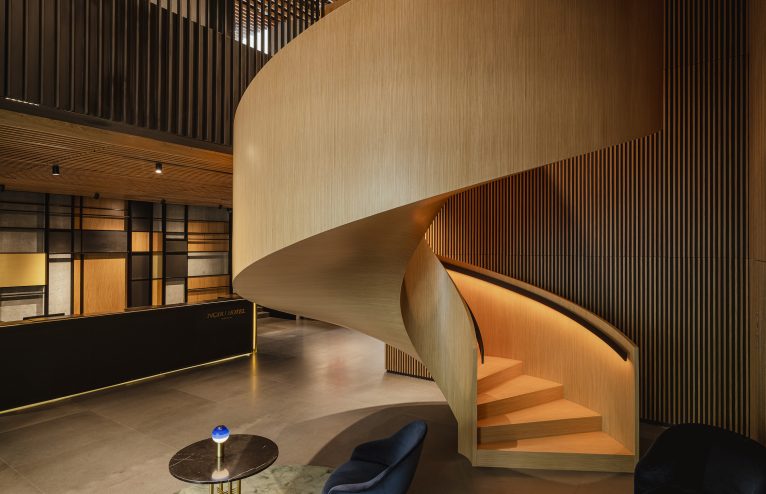 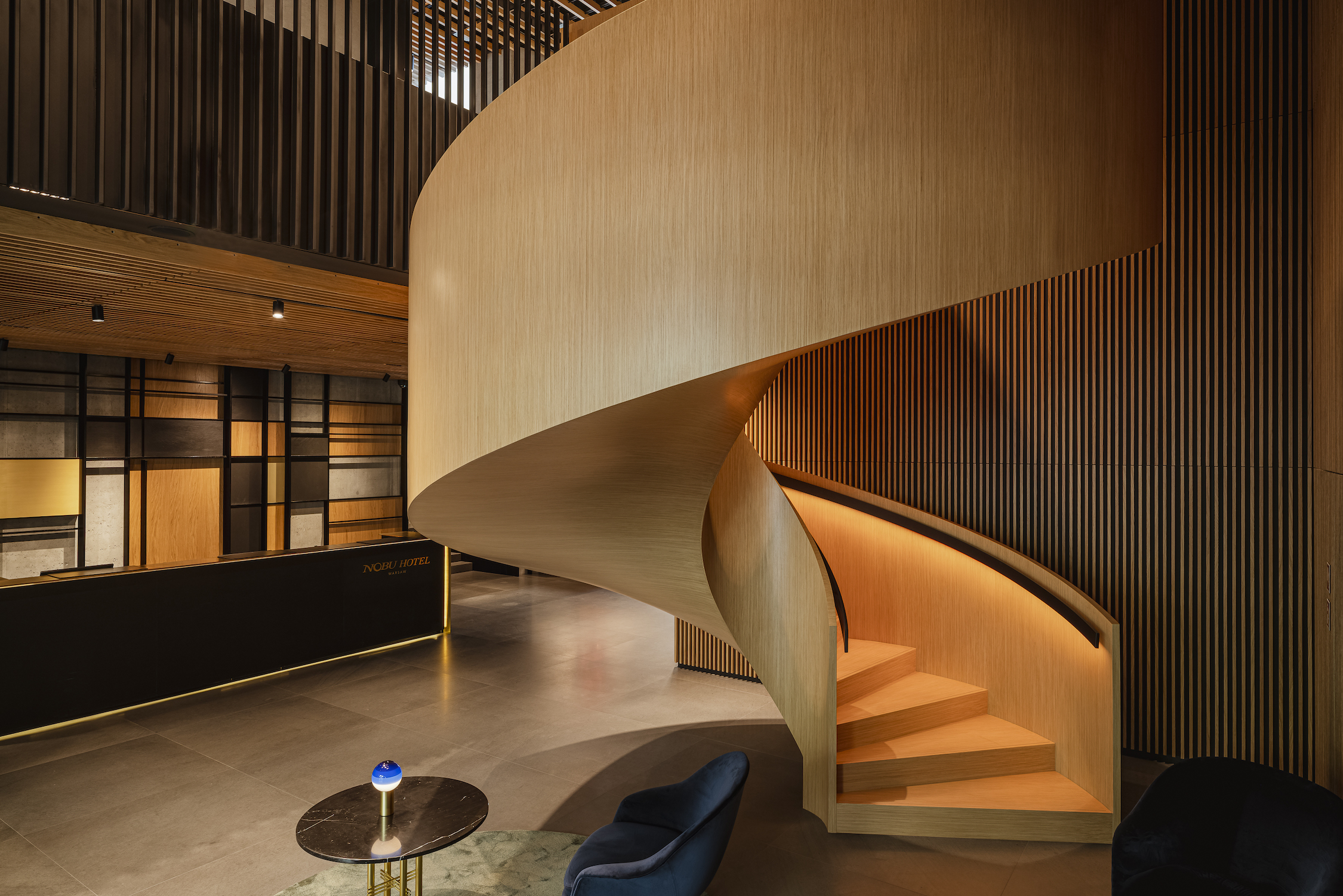 Checking In: The Datai Langkawi