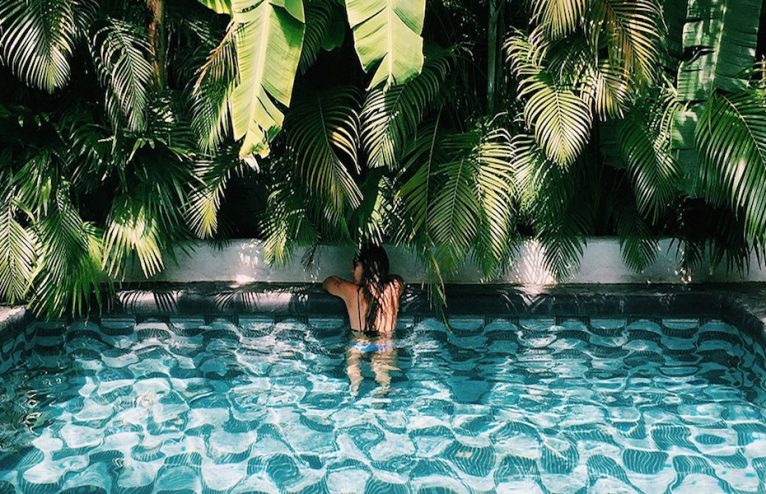 Nicaragua, a country lying under the radar until very recently, has finally been discovered by a new generation of jetsetters, and beautiful Granada is to thank.

Tucked away in the colourful colonial streets of this Unesco-protected city is arguably one of Nicaragua’s best boutique hotels, and for Citizen Femmes, it’s the only way to go: the boho-chic, tropical luxe Tribal Hotel.  Base yourself at this fashionista’s oasis and get ready to fall head over heels with Granada’s old-school Cuba-esque Latin charm. 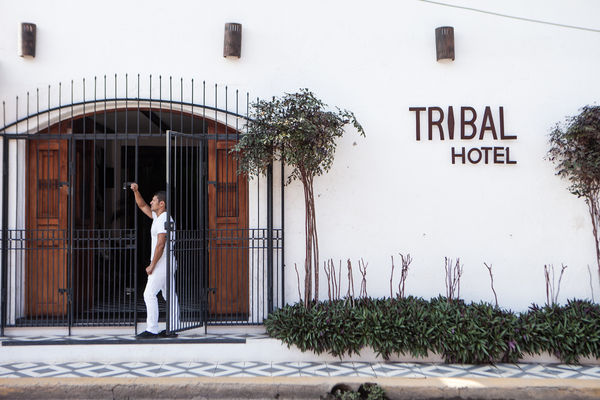 Just a 50-minute drive from Nicaragua’s capital, Managua, Tribal Hotel in Granada is a destination in its own right for stylish, sophisticated travellers.  Owned by New York restauranteurs Jean-Marc Houmard and Yvan Cussigh, Tribal totally reflects their cosmopolitan lifestyles and feels almost like a celebration of a lifetime of travels.  You’ll notice accents inspired by Morocco, Brazil, and beyond wherever you look.  In reality, rather than a hotel, Tribal feels much like a chic celebrity friend’s vacation home, and with such down-to-earth service and laidback vibes, you’ll feel just like that lucky friend. 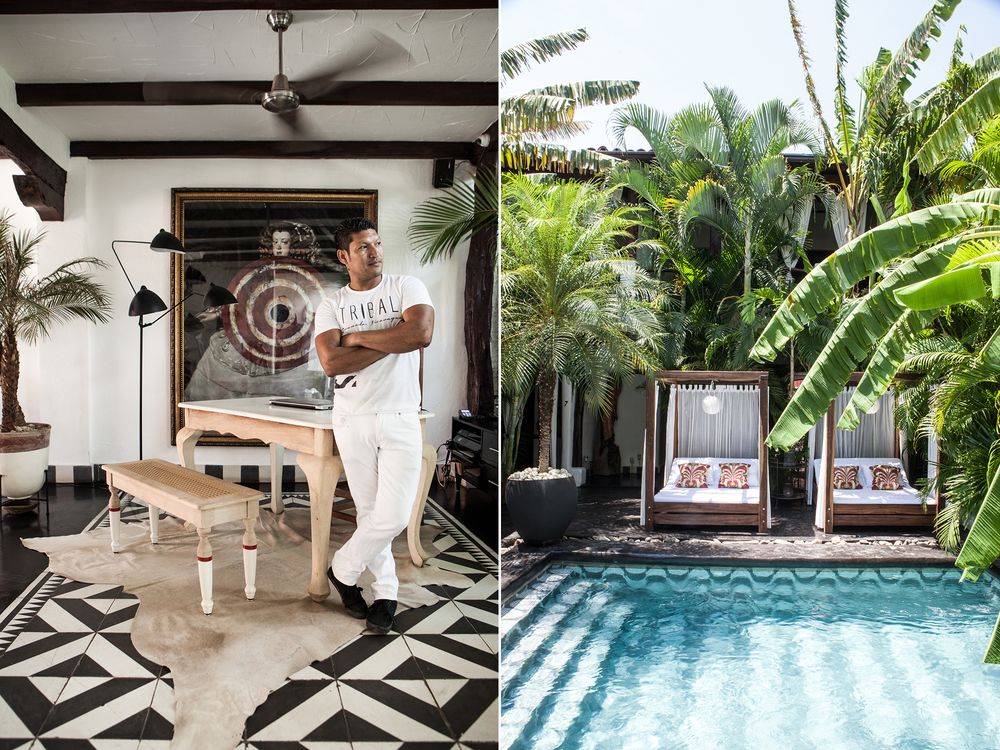 Tribal takes its colonial setting and brings it right up to date by creating a complete sensory experience.  It’s bang on trend, rocking plenty of real-life palm print, and blending colours, patterns and styles for a real eclectic mix.  It’s a blessing in disguise that Granada is so small; trust us, Tribal is the kind of place you’ll want to rush back to and never leave.  Tribal is also a smart base for such a scorching city.  To say Granada seems a full 10°c hotter than any other hot place wouldn’t be an exaggeration!  This of course makes Tribal’s sexy day beds and Copacabana-style pool even more appealing.  Grab one of the many fashion magazines around the lounge area and embrace the slow Nica life, cocktail in hand.  Do bring some bug spray though – to enjoy such a lush setting, there’s always a price to pay! 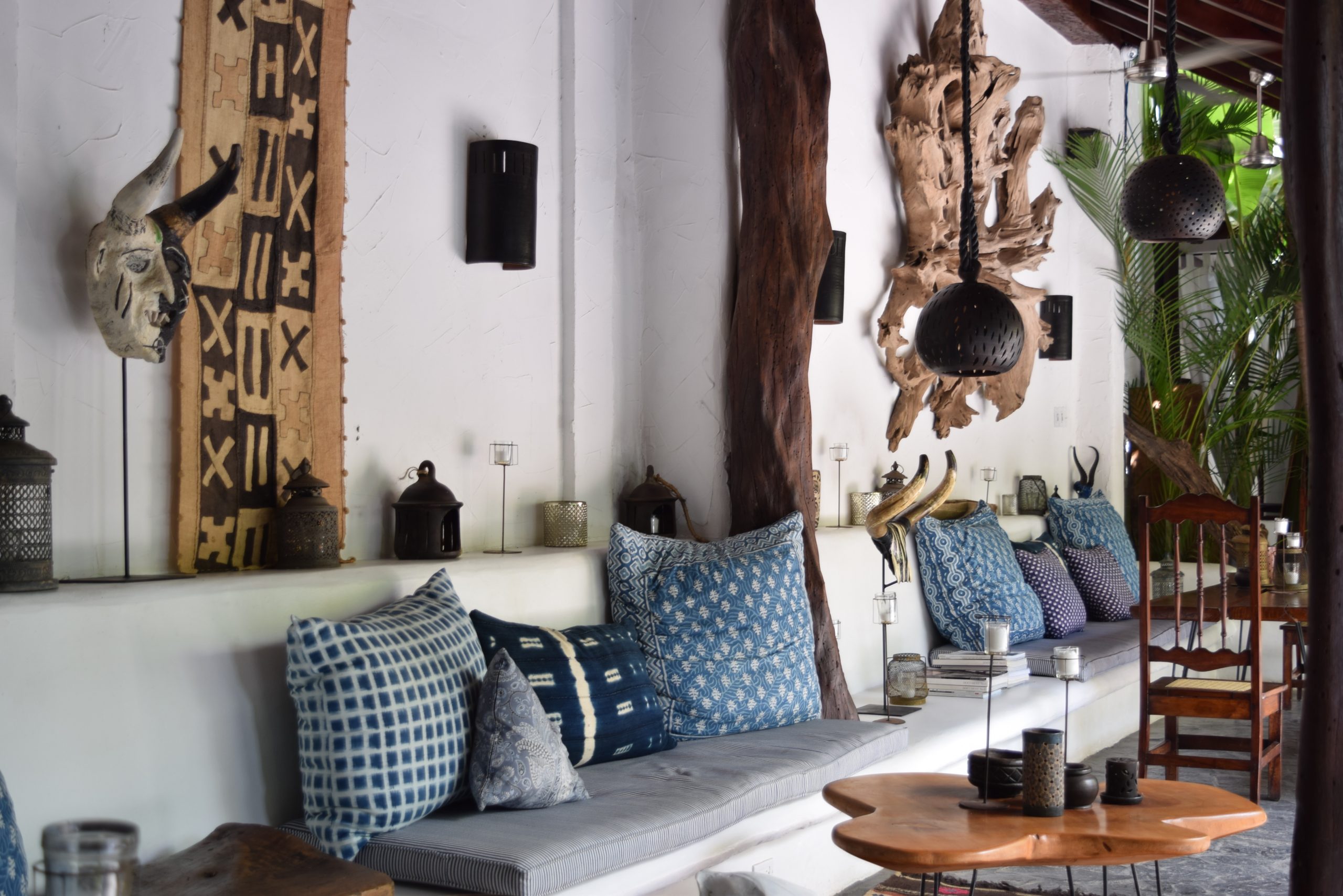 Tribal’s homey feel has a lot to do with its size – the hotel features just 5 premium rooms and 2 junior suites, and is totally secure 24/7.  Rooms each come complete with a private terrace which adds a nice indoor-outdoor dynamic too.  They’re also the perfect spot for breakfast/wine.  On a design level, separate wardrobe areas with plenty of hanging space are a godsend – your chic bedroom will stay chic and you won’t have to wake up to the miserable suitcase explosion every morning!  Bathrooms are Citizen Femme-worthy too, with nice hot and powerful showers, lots of surface space, and actually reasonable hairdryers – it’s always hit and miss! 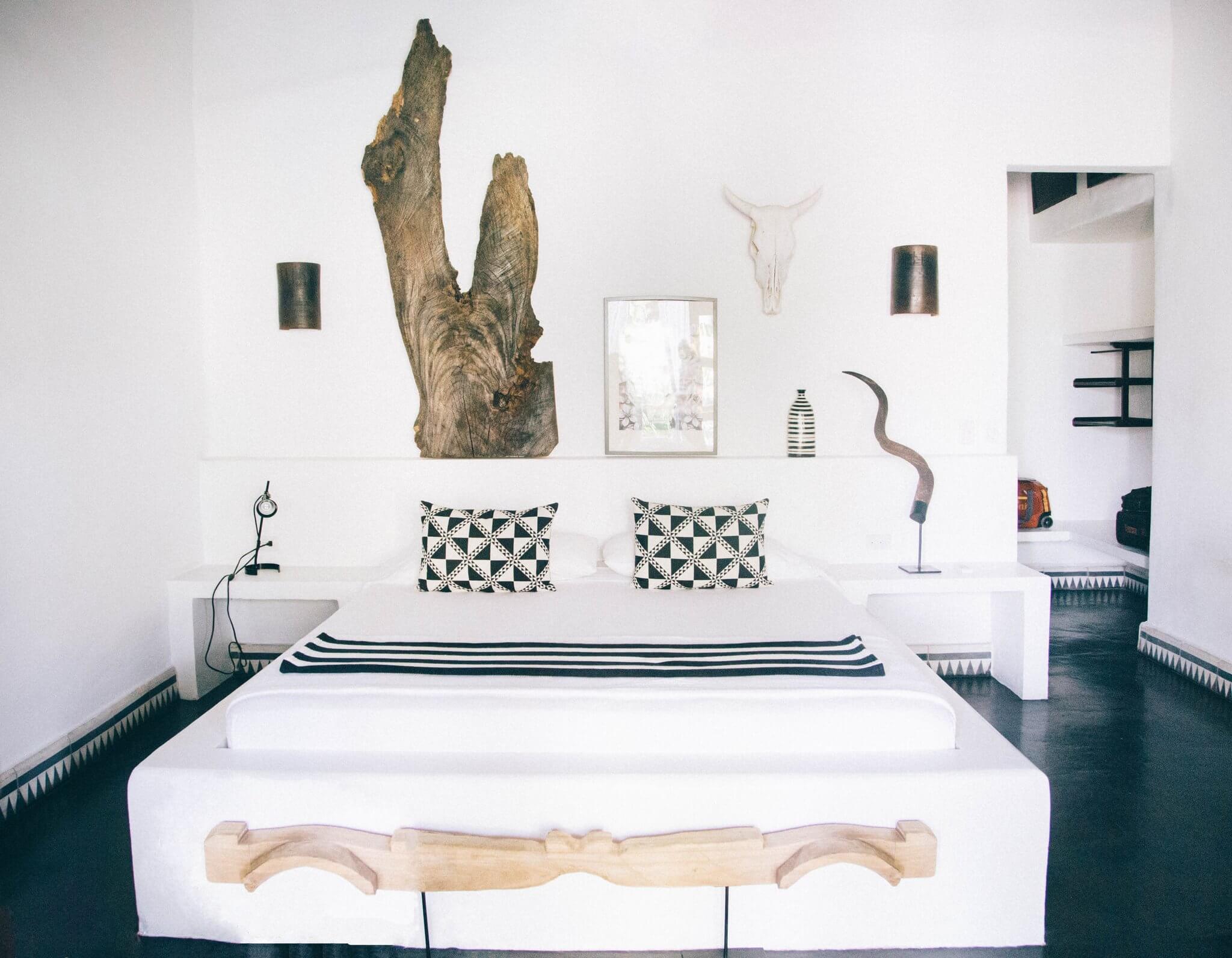 There isn’t a restaurant at the hotel but you can get breakfast (included) and some snacks.  Just as you might expect from a friend’s vacation home though, there won’t be an a la carte menu or breakfast buffet – you get what you’re given each day, and it might not be the refined, New York-restaurateur-style brunch you’d hoped for!  Don’t worry though, Tribal is just a few minutes walk to all of the Granada action, including La Calzada, a pedestrianised street with tons of restaurants and bars.  Tribal’s staff will point you in the direction of the city’s best kept food secrets so you can avoid the tourist traps. 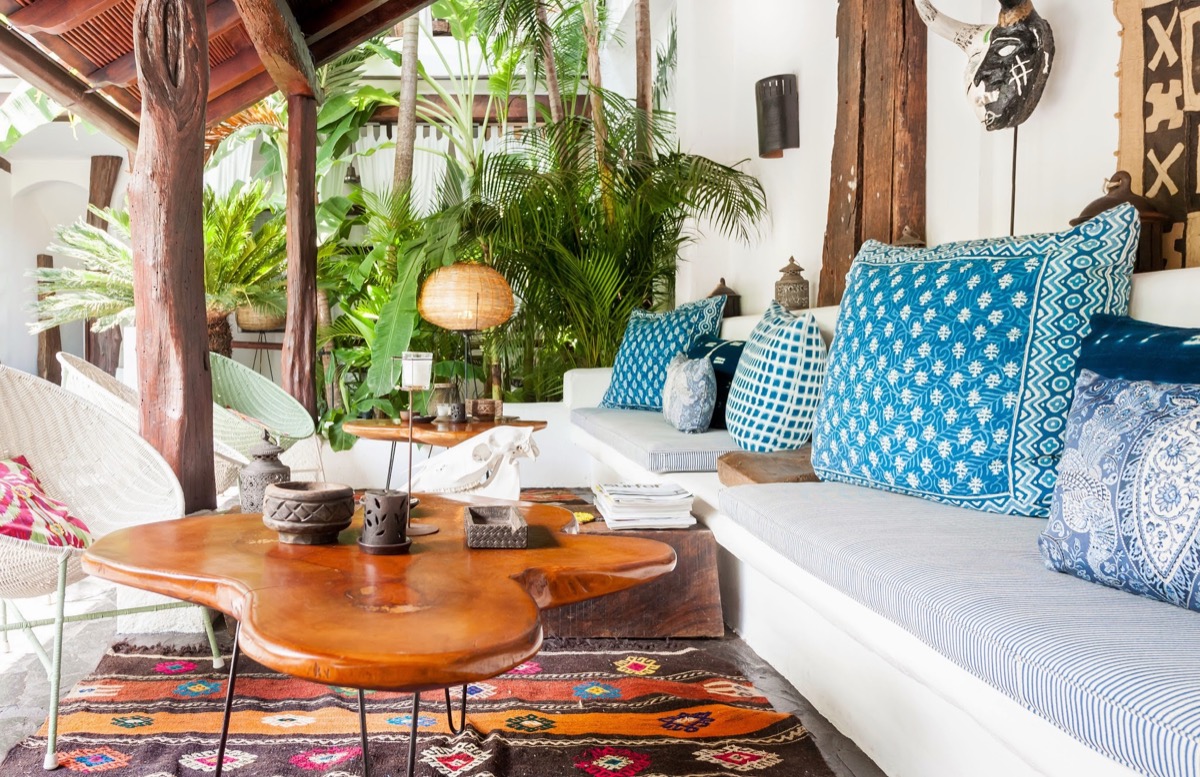 There are no TVs, so take a book. No young children allowed. Minimum age is 14 and upwards.

The best time to visit weather-wise is from November through April, and regardless of season, Nicaragua is the kind of place you can live like a rock star.  Everything is super affordable, including Tribal Hotel despite being a hangout spot of Halle Berry and likely a whole host of other celebrities.  Uber-stylish and very Instagram-worthy design hotels like Tribal are still hard to come by in the rest of the country, but take our word for it: don’t do a Machu Picchu and visit 30 years too late.  The time to really explore and enjoy the luxuries is now. 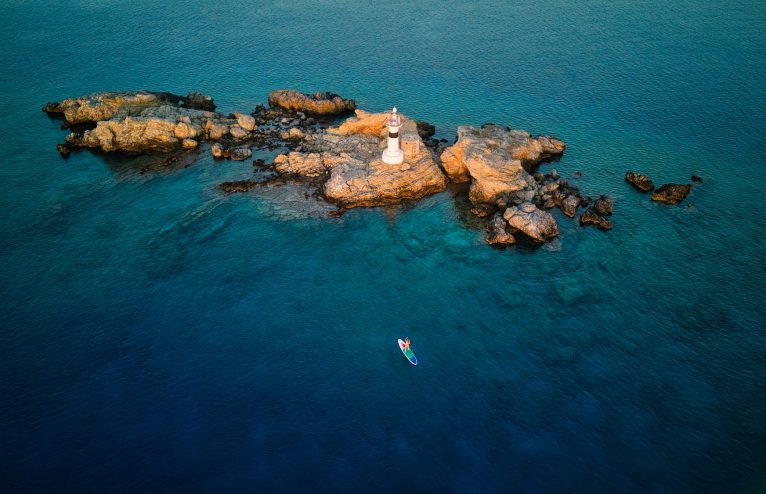 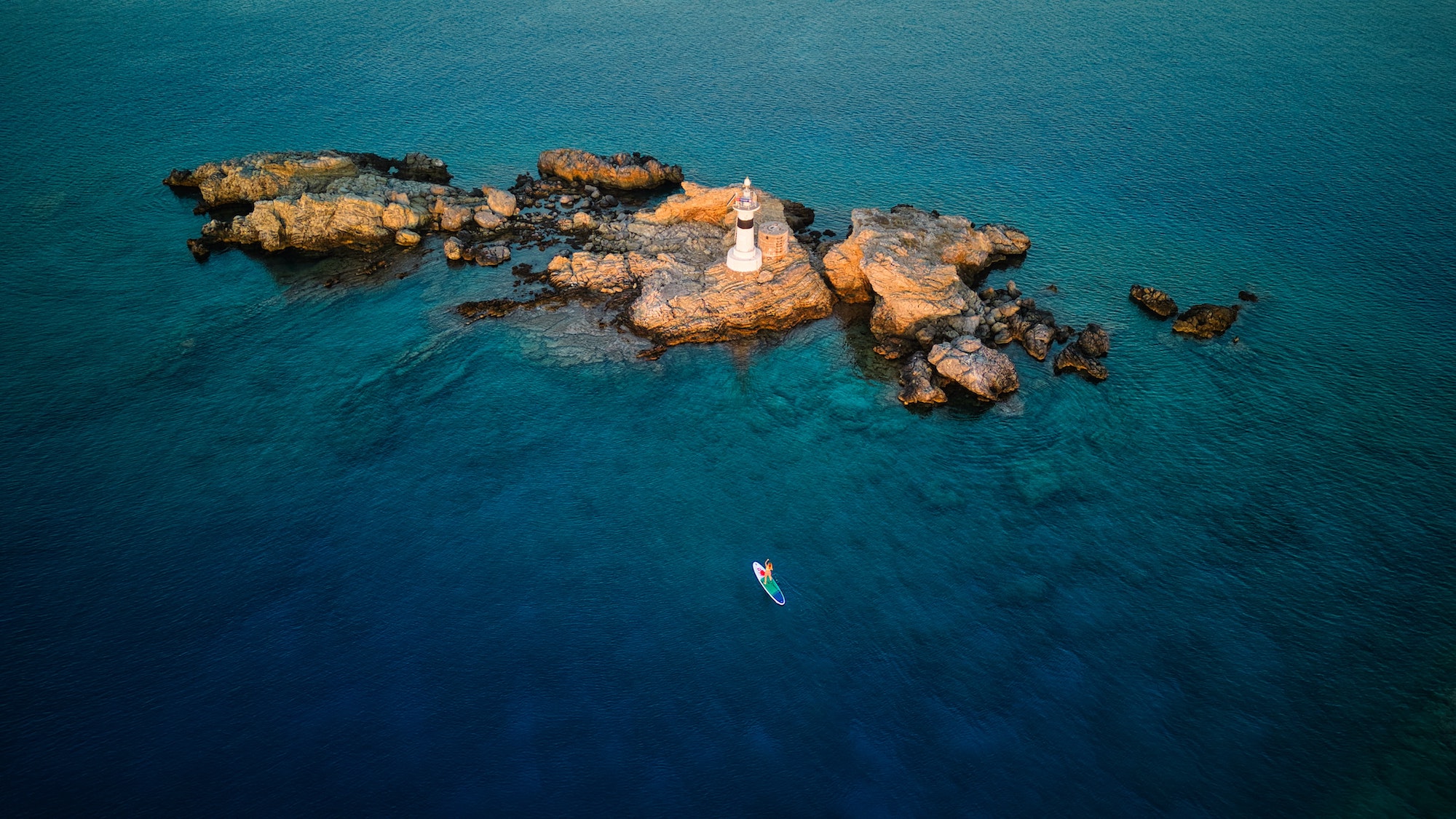