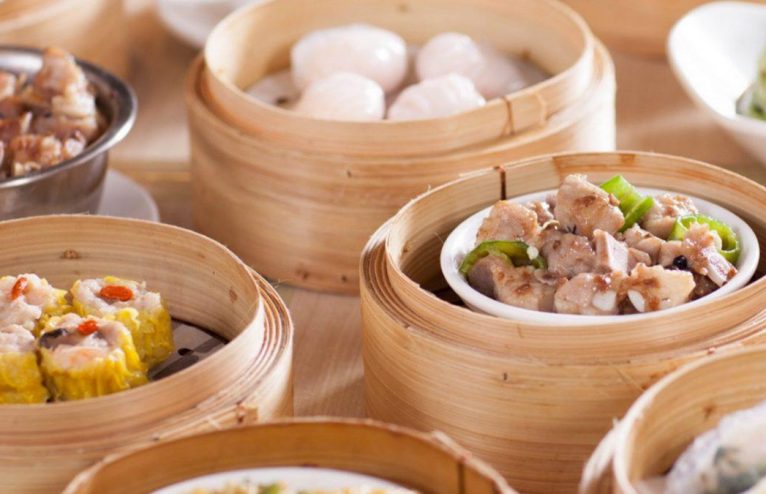 Hong Kong is famed around the world for its foodie scene. And now it’s home to the cheapest Michelin star restaurant Tim Ho Wan.

The city is a melting pot of cultures: southern China’s Cantonese influences; the Mandarin community’s strong impact; European, American and Australian immigrant influence, and the best Japanese, Korean and Indian foods outside their sovereign nations.

It appears that you can get anything in your wildest foodie dreams in exciting Hong Kong, but it’s the traditional Dim Sum that is the order of the day, and nowhere else delivers the goods quite like Tim Ho Wan.

Citizen Femme dropped in for a taste.

Established in 2009 by chef Mak Kwai-pui in the buzzing retail and restaurant district of Mongkok, Tim Ho Wan very quickly earned the moniker of the ‘best dim sum in all of Hong Kong’. The franchise now has 3 locations in the city and a further 42 branches that have sprung up in major cities around the world, including Singapore, Hanoi and New York. Kwai-pui himself has 3 Michelin stars from his time heading the renowned Lung King Heen restaurant in Hong Kong’s Four Seasons Hotel.

It’s the Sham Shui Po branch that Citizen Femme stumbled upon. Walking into a Michelin-starred restaurant without a booking would be totally unheard of in any other world capital – unless you’re seriously hooked up – but that’s exactly what we did here.

The dinky, 30-seater restaurant might have guests assuming they were in the wrong place at first. The décor is unapologetically simple. Plain panelled walls, void of art; simple, varnished wood dinner benches, and a menu on poorly printed card with a dog-eared pencil to tick off your choices. Making contact with the serving staff is almost completely negated, the hostess said nothing as she briskly pointed us to a table and scuttled away again, leaving me fairly sceptical about the forthcoming experience. But don’t be fooled: everything here is about the food.

As a never-ending stream of green tea flowed, towers of steamer baskets were presented to us with a uniform four delicacies in each round. Thin and delicate vermicelli rolls stuffed with shrimp and doused in strong, dark soy sauce; pretty steamed pork and shrimp dumplings (or shumai) which were like a work of art; jiggly and juicy turnip cake (an activity in itself, chasing the slippery thing around the dish with chopsticks); sumptuous steamed beef balls in a beancurd wrap and steamed glutinous rice with chicken chunks served in a piping hot banana leaf parcel made for one of the most exciting culinary experiences I’ve ever had. 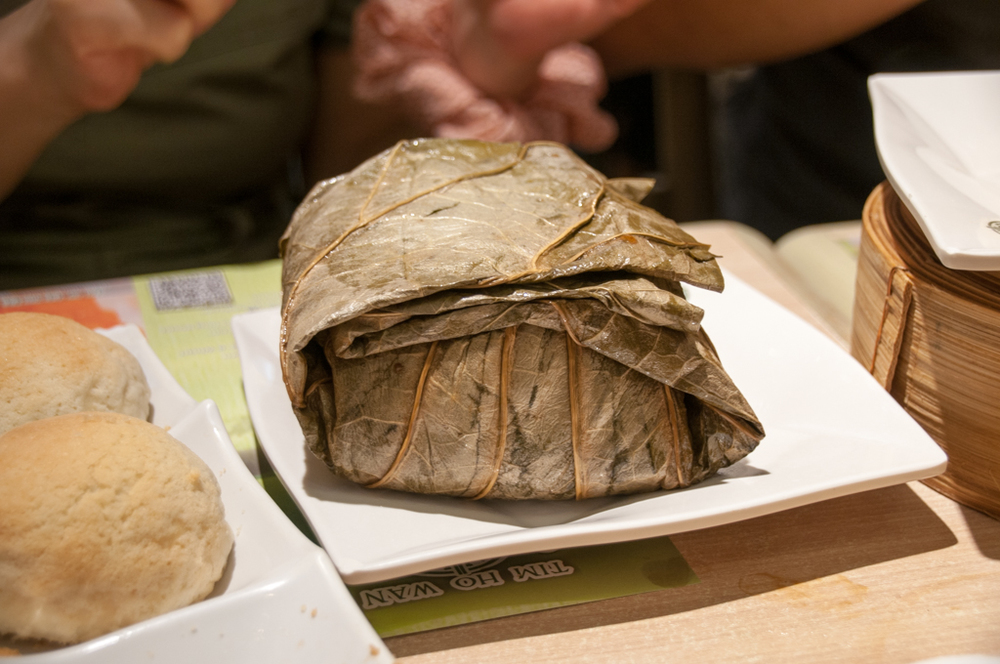 But how could we forget the pièce de résistance: char sui bao – barbecue pork baked buns. These little guys, served in threes, are the reason the chain gained notoriety in the first place, and the reason people keep coming back.

Breaking into the sweet, crispy, buttery crust – almost scone-like in texture – allowed the sticky barbecue honey-glazed pork to ooze out in the most satisfying way. The bao are baked rather than the traditional steamed or fried which gives a soft crunch instead of a doughy squidge. Light, gooey and delicious, the char sui bao are not to be missed, and even your vegetarian table-mates will struggle to conceal their envy. 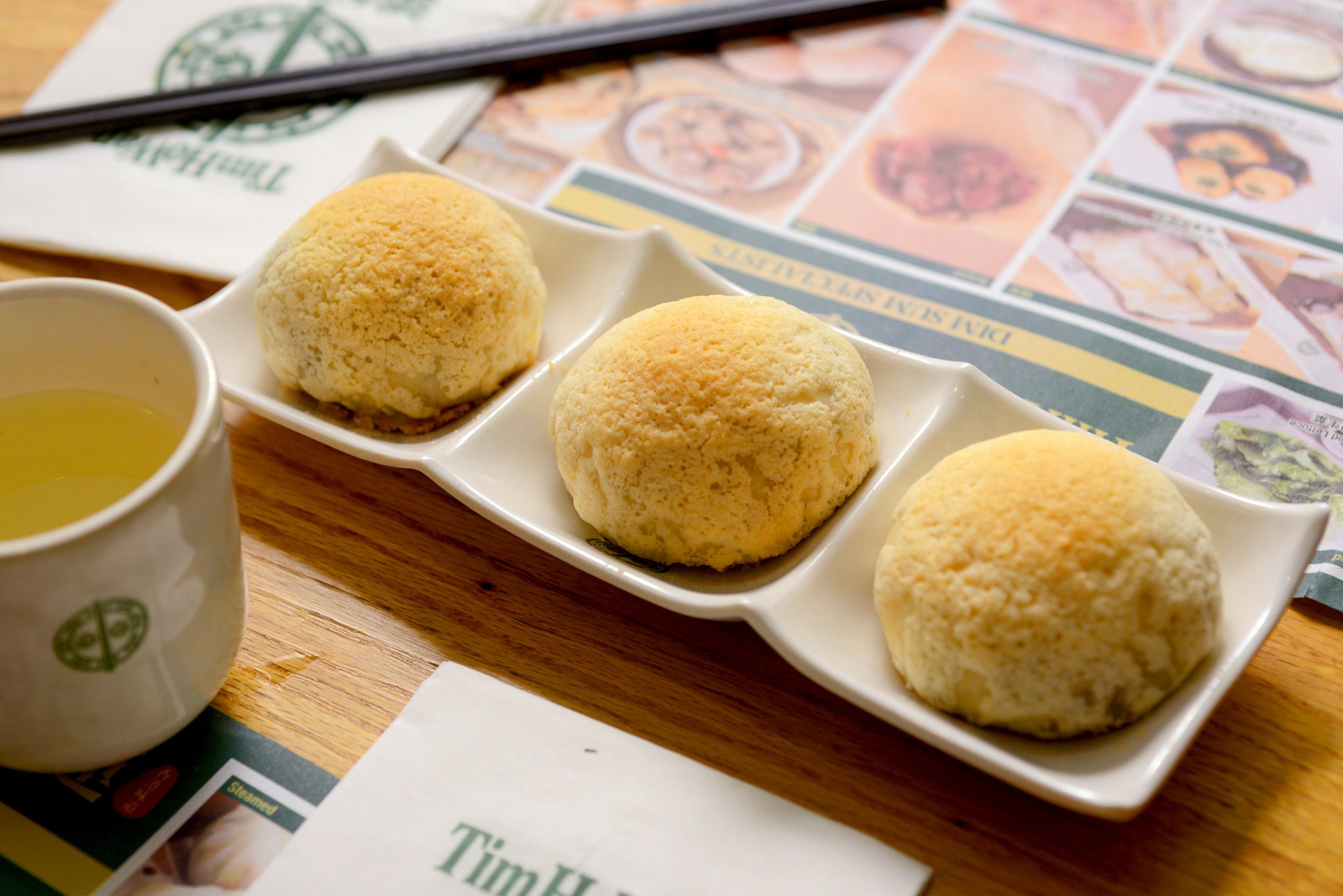 Tim Ho Wan sells over 750 of these bad boys a day, just at this branch. I’ve made them a serious contender as my desert island food. I’d happily live off nothing else for the rest of my days. We ordered four loads of them.

Finished off with a loaf-like slice of Asian ‘carrot cake’ that was tart and tasty (even if it did resemble a tranche of parking) the whole meal for five people, with drinks, came to HK$398 or £38 – that’s around £7.60 each. 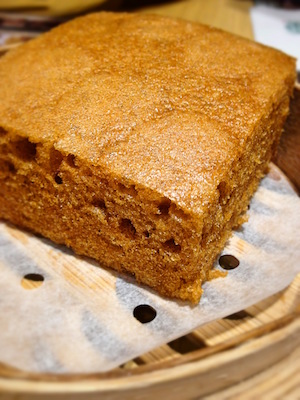 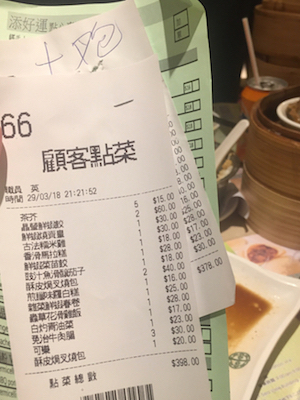 I’d happily fork out ten times the amount for the same experience again and again.

Just praying to Buddha for a London branch to open (in our wildest dreams…!)