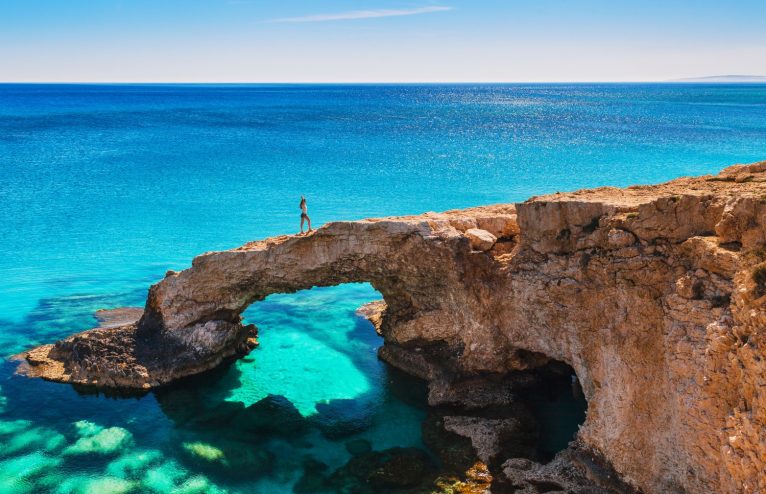 My week driving around Cyprus

Cyprus is one of those perfect countries that’s small enough to feel like you’ve seen a lot in just a few days, and big enough that it’s highlights range in incredible diversity – you’ll never be bored. Follow me on my road trip in Cyprus and discover incredible landscapes and architecture.

Located in the crossroads between Europe, Asia and Africa, this Mediterranean island is full of rich history, delicious food, and two very different cultures. With cheap daily flights from Tel Aviv and Athens, Cyprus makes an ideal week-long summer getaway.

Start your trip in Larnaca and settle in to enjoy this charming coastal city. Renting a car in Cyprus provides unmatched freedom and flexibility but beware of Cypriot drivers who can be quite aggressive. Known for the Salt Lake, the Church of Saint Lazarus, and its nearby mountain villages, Larnaca has plenty to offer its visitors. The central part of Larnaca can be seen in a few hours and, if the weather cooperates, you’ll want to spend most of your time in the nearby beaches of Ayia Napa where there is also lively late night scene. 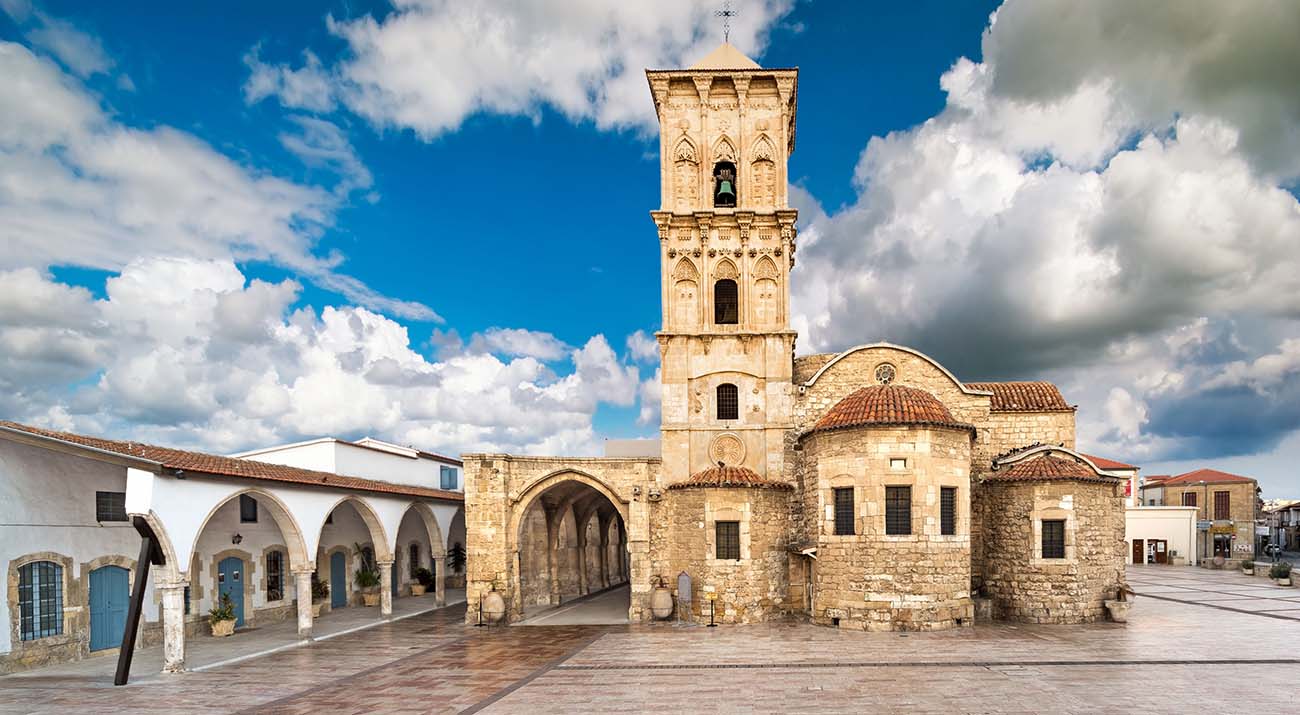 The Greek side of Nicosia is filled with museums that offer an in-depth look into the history of the country. The appropriately titled Cyprus Museum hosts sculptures and artefacts from the country’s ancient civilisations while the Cyprus Folk Art Museum shows the impressive history of pottery, carvings, and other art in Cyprus.

Cross the border at the Ledra Street Pedestrian Crossing (don’t forget your passport!) and spend a few hours exploring the Turkish side. Highlights include the Selimiye Mosque, the art center of Büyük Han, and taking an authentic Turkish bath at Büyük Hamam.

Top Tip: Use It is a new, free travel app designed by locals. Their Nicosia walking tour, and suggestions of restaurants and shops was perfectly curated and authentic. Would highly suggest picking up a physical map when you’re in town for some added context.

Whether you hire a guide or rent a car, spending some time in Northern Cyprus is essential. If you’re short on time, get an early start by driving straight to the Kyrenia Castle, a 16th-century castle that is surprisingly home to the world’s oldest shipwreck. After walking along Kyrenia’s horse-shaped harbour, drive 7km to Bellapais Abbey. This gothic-style abbey built in the 13th century offers breathtaking views of the Mediterranean Sea, and it’s restaurant makes for an unforgettable lunch spot.

The Abbey’s stunning courtyard hosts concerts and lectures year-round, a local music festival in the summer. Equally impressive, the nearby Saint Hilarion Castle, lies 732 meters high and boasts panoramic views of both the coast and the mountain range. Now considered a castle, Saint Hilarion was originally used as a monastery in the 10th century. The hour-and-a-half drive from Nicosia to the Troodos Mountains takes you through beautiful vineyards and farms, before reaching Cyrpus’ famous rural mountain towns. From the cobblestone streets of Kakopetria and the delicious wine of Omodos, to the endless hiking and skiing trail in Troodos proper, there is plenty to do here and is great during the winter and summer months. 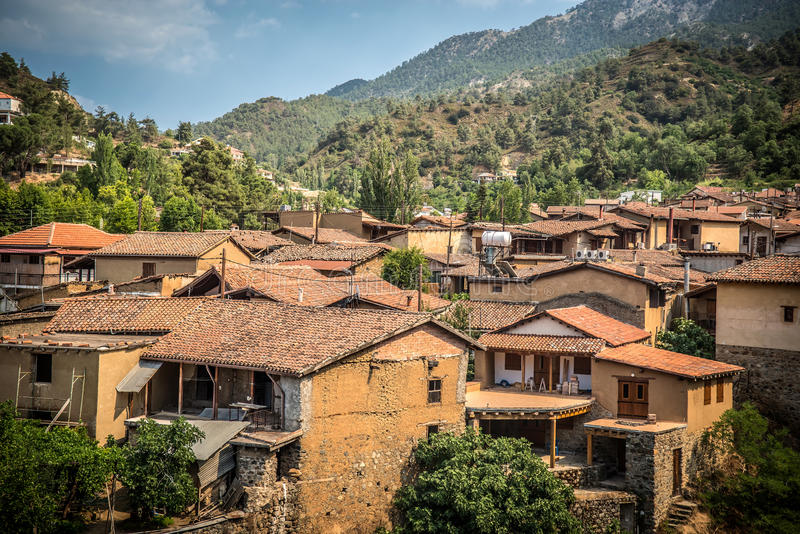 Paphos and the Peninsula

After some time in the mountains, make your way back to sea level and head to the Aphrodite Baths in the Akamas Peninsula, a freshwater pool overhung by a lush fig tree. While you can’t bathe here, like the Greek goddess of live Aphrodite supposedly did, you can enjoy a gorgeous coastal hike via the Aphrodite Trail, a 7.5KM loop hike with views of the entire peninsula, a wide, sandy path that skirts Chrysochou Bay and then heads inland to a viewpoint at 370m Moutti tis Sotiras. Juniper, wild olive and carob trees pepper the coastline.

Stop to take a dip in the turquoise waters of the Blue Lagoon, a crystal clear pool a couple of miles up the coast. And end your day in Paphos, and leave one full day to explore its famous ruins and beaches.

Fly back out of Larnaca or end your trip at the Paphos Airport. Whichever route you pick, drive to Aphrodite’s Rock, which is halfway between Paphos and Larnaca. From there, for your final pitstop, head to the mountain village of Lefkara, known for its stunning architecture, silver and lace.

An island of contrasts and surprises, surrounded by genuine and hospitable Cypriot folk, so book your ticket, hire your car, and off you go.

Summer (June-August) is hot in Cyprus, with temperatures over 30°C. It’s also peak holiday season; Cyprus’s resorts are packed. Spring and autumn are more pleasant, and good for walking; April and May see the Cyprus hills covered in wildflowers. Turtles can be seen on Cyprus’s beaches: females come ashore to lay in May, with eggs hatching a month or two later. 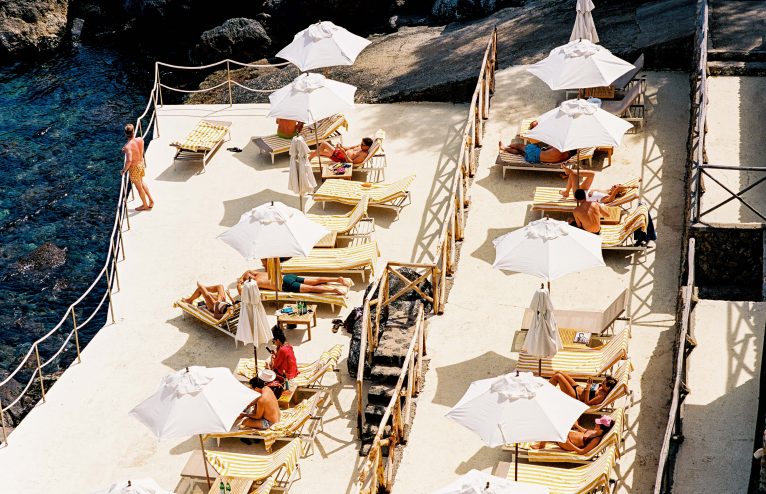