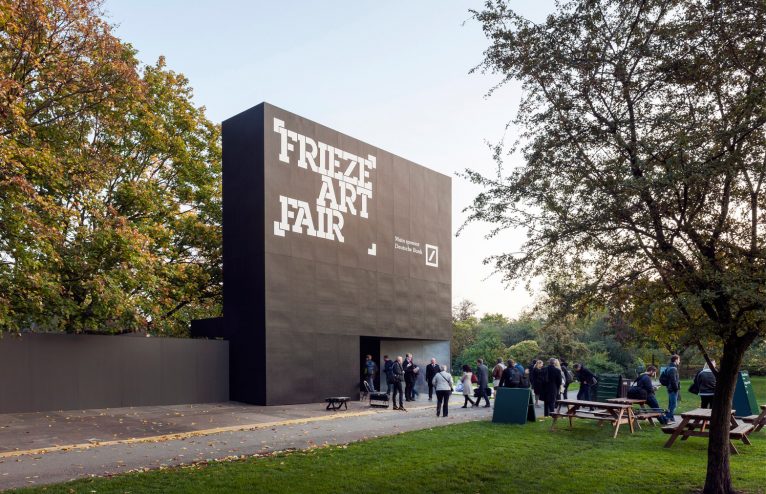 How To Be An Environmentally Conscious Art Lover

October is the month of sustainability at Citizen Femme. It’s also a month full of art fairs! Are the two mutually exclusive? I set about to find out.

First stop was speaking to some industry contacts, but the subject was met with a bit of tumbleweed and shrugged shoulders. “I don’t think the art world really cares about it to be honest,” said one artist friend and that seemed to be the general consensus.

Surely this very current topic is being explored by both the artists and the industry in which they must operate? In terms of the impact, trade fairs with their flights, transport costs and other logistics weigh heavy on the planet and it is clearly a red hot topic to address. After some further exploration, I learnt that this industry is only just starting to make changes.

Rival the art exhibits with some bright pieces in your suitcase. CF Fashion editor Lisa Haynes curates what to wear to look like a masterpiece…

To draw attention to this very point, this year’s Frieze opening was highjacked by climate campaigners Extinction Rebellion, who wanted to shine a light on the plight of the world. They installed Massimo Agostinelli’s melting block of ice at the entrance to the fair – “a visual reminder of the fragility and temporality of our environment” – whilst encouraging guests to walk rather than use the shuttle buses between the shows. I did not see many Manolo’s removed but it was an interesting move. 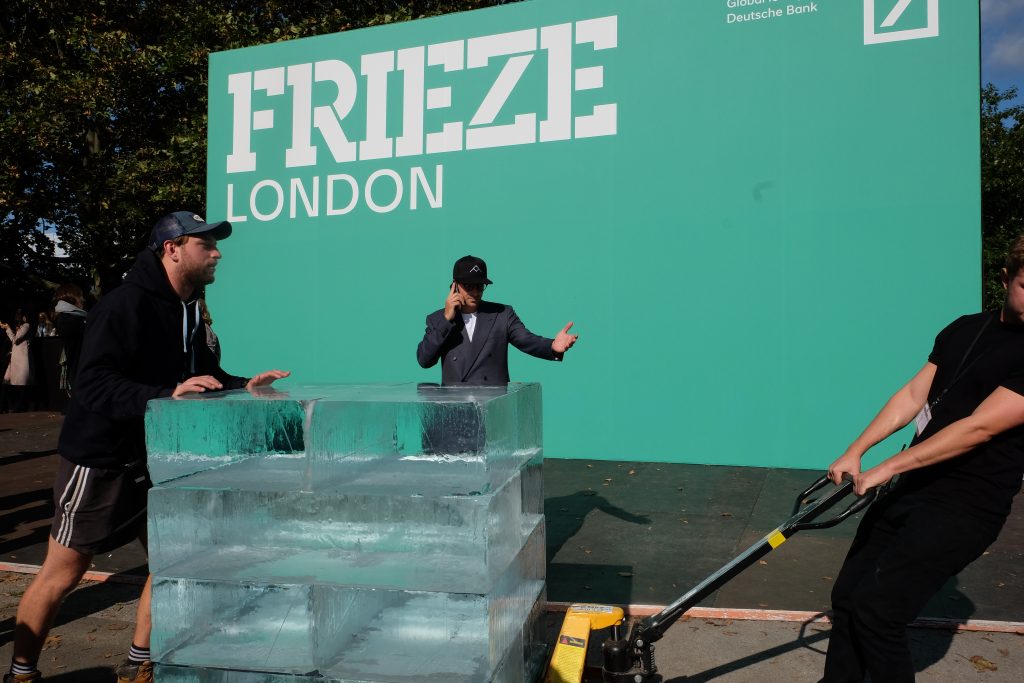 I also learnt that Frieze’s director Victoria Siddall had written to exhibitors to encourage them to use land and sea to transport their works. Frieze itself had switched to biofuel this year – a small step but a step nonetheless for the massive operation. It was reassuring to read that some dealers, such as Kate McGarry, are choosing to show more locally at FIAC in Paris to reduce her carbon footprint.

The winner of 2019 Frieze award was Himali Singh Soin, whose work outlines the impact of humans on our planet. Intent on practicing what she preaches, Singh Soin works with video and film to mitigate a carbon footprint and any waste. “I don’t use any materials that are wasteful and I don’t have stacks of storage.” Her commission for Frieze ‘We are opposite like that’ was a 12 minute film using footage from a trip to the Arctic she made in 2017, which also delves into the Victorian fear of an impending ice age – not dissimilar to our current fear of global warming, albeit not a scientifically proved one. 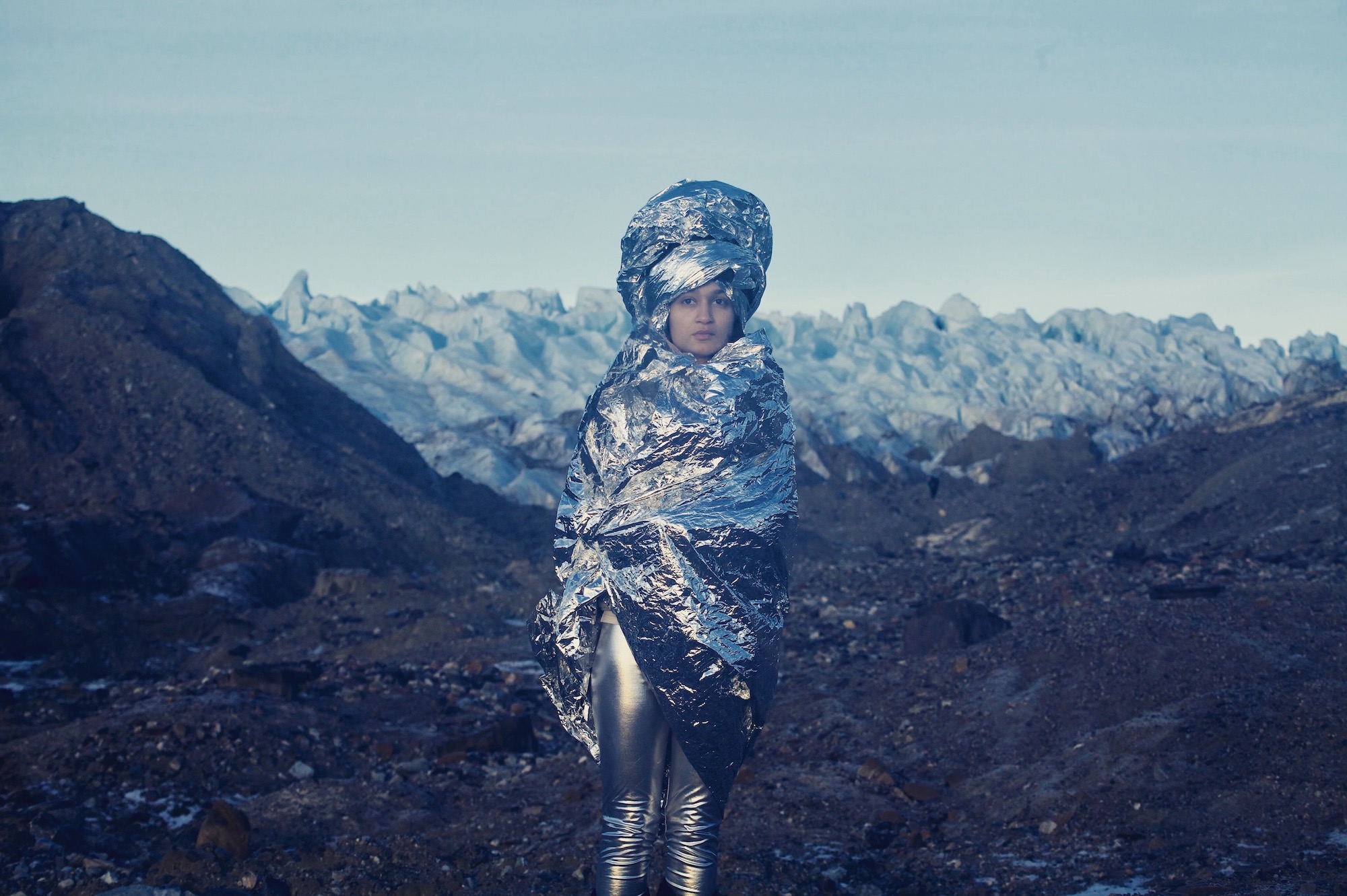 The 1960s movement Art Povera was intended to be a political statement attacking the values of the establishment but unintentionally provided the basis for an environmentally friendly art. Hauser and Wirth were showing some works by Alberto Burri. Burri was a prisoner of war in Texas and found solace in making art from cast-off materials or “poor material” that he found in the camps, the ultimate in sustainable art. He was most famous for his “Sacchi’ using discarded sacks from a flour mill and upcycling them into emotive abstract art compositions. Another piece made of plastic, on first glance could have been a response to David Attenborough’s Blue Planet but was actually another Burri from the 1960’s.

Hauser and Wirth have a policy on sustainability which was refreshing to see. Their stand, for the first time, was a permanent one that will be reused at fairs from now on; an obvious move and yet so many stands are shockingly disposed of after 3 days. Let’s hope others follow their example.

Across town exhibiting at Saatchi’s The Other Art Fair was Lauren Baker, an artist who is deeply passionate about environmental issues and sustainability. Self-trained talent Lauren decided to begin her creative career after a trip to the Amazon jungle where she experienced many epiphanies, one of which was to begin making fine art. Now, a successful and established artist in her own right, by way of payback, she announced a mission to plant 8888 trees in the Amazon during her installation at Tate in July this year.

Her largest multi-sensory installation to date ‘An open dialogue with nature’ is a projection mapped onto a white, heavenly-looking tree, which has a sustainable message at its core. Partnering with charity One Tree Planted, she has donated work for a reforestation campaign. The more you plant, the higher your chances of winning a Lauren Baker print on museum grade recycled paper. It is inspirational to see a young woman taking the bull by the horns and doing some tangible planetary good through her work.

So it seems all is not lost… the relationship between sustainability and art is work in progress.

Do you want to be an environmentally conscious art lover?

Here are my tips: 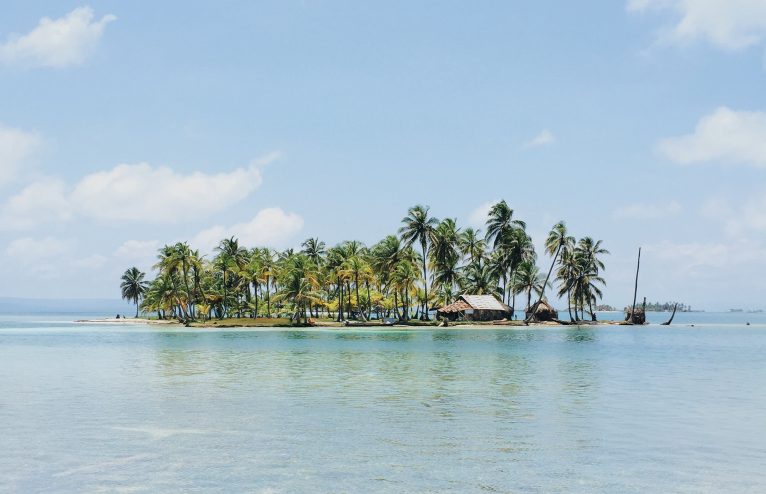