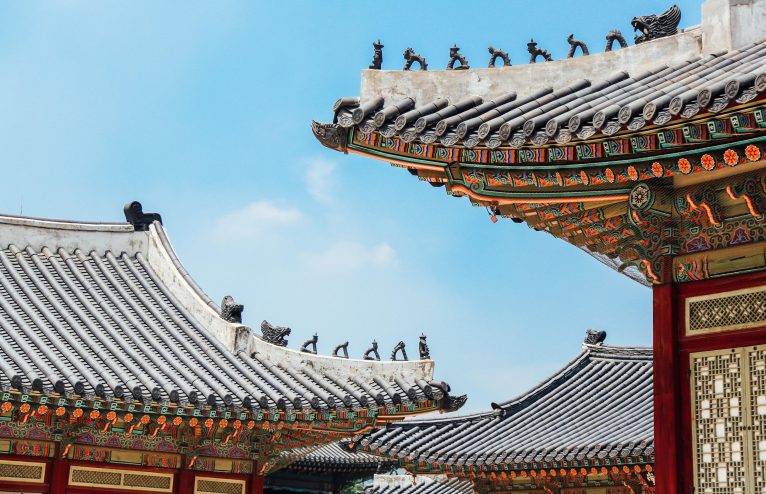 If, like 90% of the population during lockdown, you too hopped on the K-drama or K-Pop bandwagon, then a trip to the vibrant city of Seoul is likely to be on your travel bucket list this year.

Undoubtedly one of Asia’s most stylish cities, Seoul is a city of juxtapositions – from cultural hotspots to inventive eateries, and cutting-edge fashion, there’s plenty to discover here, all of which can be happily experienced as a solo traveller.

An institution in Myeongdong, Seoul’s luxury shopping district, The Lotte Hotel is ideally located near the city’s main historical attractions, including the Gyeongbokgung Palace and Changdeokgung Palace. One of Seoul’s tallest buildings, The Lotte Hotel is best summed up as ‘timeless’ and ‘larger-than-life’. Boasting six internationally renowned restaurants, a spa, gym, and even a driving range – what more can you ask for? Surrounded by excellent transport links (a bonus for solo travellers) the beautiful Namdaemun Gate and traditional Namdaemun market are also just a short walk away from the hotel.

Nightly rates start from £135 per night. 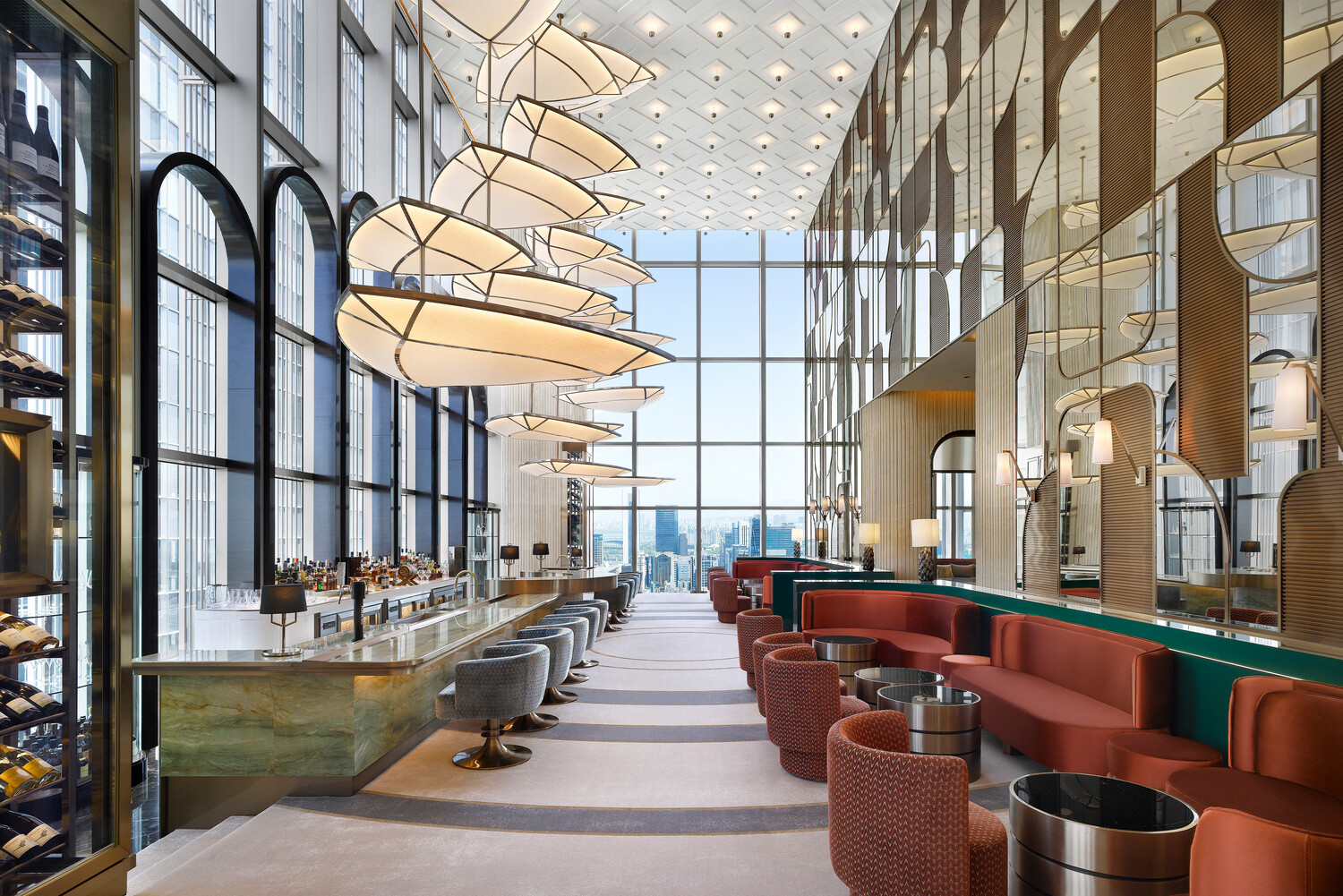 Old-world glamour meets contemporary ease at Josun Palace, one of the newest hotels to open in Seoul’s luxey Gangnam district. Popularised by the mid-aughts hit ‘Gangnam Style’, this stylish district is actually one of Seoul’s most sought-after postcodes and is home to fancy high-rises and designer boutiques. Paying homage to Chosun Palace, which was the first luxury hotel to open in Seoul in 1914, Josun Palace combines modern European touches with traditional Korean motifs, resulting in a blend of Eastern and Western influences that is both respectful and understated.

Nightly rates from £234 per night.

For a design-led stay, try Mondrian Seoul. Located in the city’s vibrant nightlife district of Itaewon, the Mondrian reflects the district’s colourful, multi-cultural spirit. Fans of the K-Drama hit Itaewon Class will know that this is the place for night owls – thanks to its buzzing party scene. Designed by Singapore-based design studio Asylum, the 295-room hotel features playful, modernist interiors that don’t sacrifice warmth or comfort. Our favourite spaces: the Mediterranean restaurant and Privilege Rooftop Bar. As a further sweetener, it is also close to the nearby shopping district of Dongdaemun.

Nightly rates start from £110 per night.

Seoul’s culinary scene is absolutely bursting with life – there’s something delicious cooking everywhere you turn. While (arguably) the best, most authentic Korean food can be found in either: a hole-in-the-wall neighbourhood spot, or in a ‘Pojangmacha’ tent on a side street (preferably one that serves soju), there’s plenty more culinary treasures to discover. This city is simply full of gastronomic delights.

Opening in 1904, Imun Seolnongtang holds the title of Seoul’s oldest restaurant. This traditional eatery is the best place in Seoul to enjoy ‘Seolleongtang’, a classic Korean beef bone broth soup that is boiled for over 17 hours. The soup is served with a generous serving of sliced beef and wheat noodles and comes with a light, milky broth. Imun Seolnongtang’s version has a home-cooked touch that you simply cannot find in more modern restaurants. 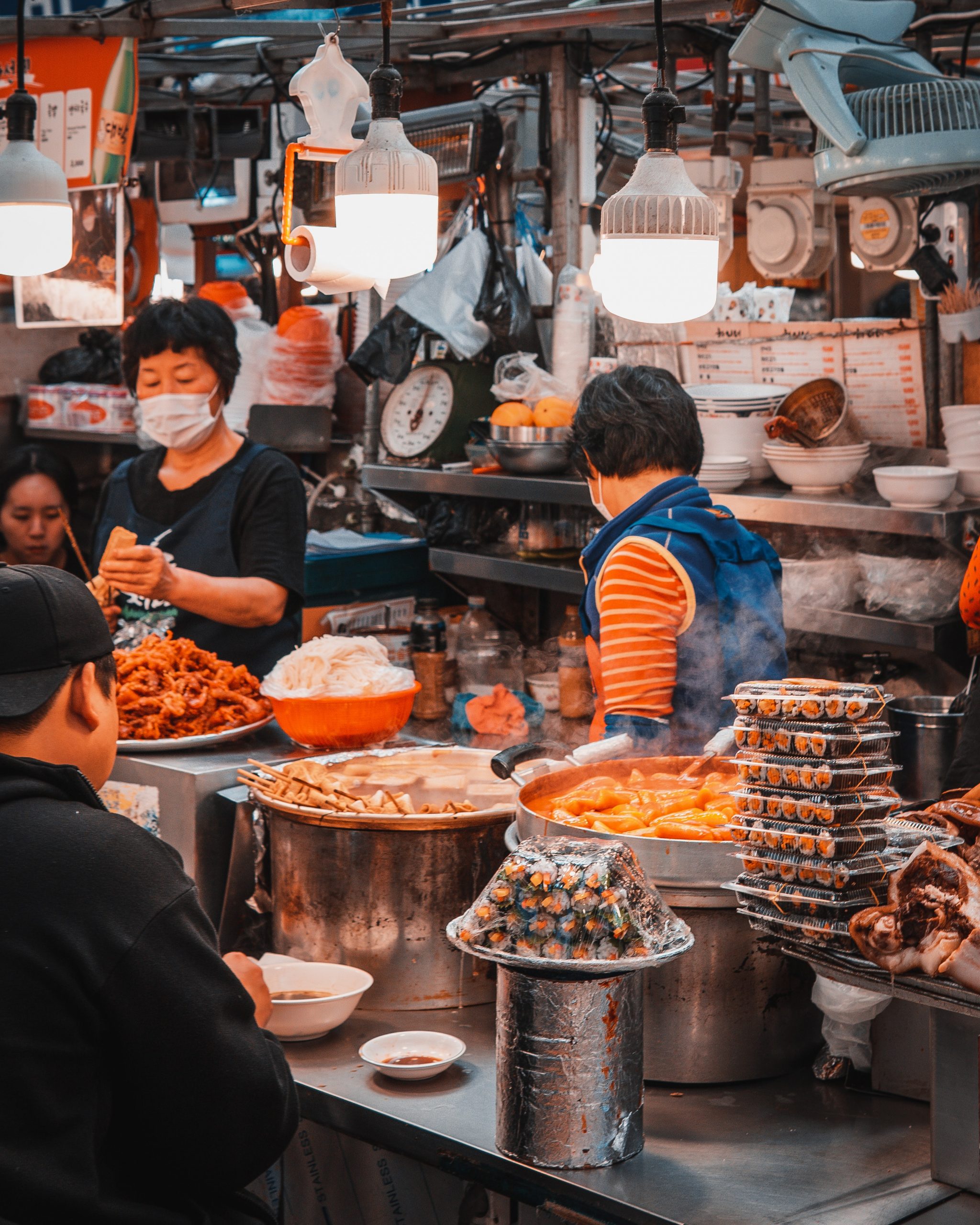 There is no better place to get lost in Seoul’s lively street0food scene than in Gwangjang Market. Here, you will find a cacophony of traditional Korean snacks, including ‘Tteokbokki’ (spicy rice cakes), ‘Bindaetteok’ (mung bean pancakes), and ‘Kimbap’, which is like a Korean sushi-burrito hybrid. It’s easy to get overwhelmed with the sights, sounds, and smells here; be prepared to be gleefully yelled at by some vendors too. Still, we can assure you that all these things only add to Gwangjang Market’s many charms. Adventure seekers can also try more daring Korean street food dishes like ‘Sannakji’ (octopus) or even ‘Soondae’, which are stuffed pig’s intestines.

Located on the 23rd floor of the swish Shilla Hotel and with incredible views of Namsan Park, La Yeon is must-dine-at spot. One of the first Korean restaurants to receive three Michelin stars, and with good reason, this gorgeous fine-dining establishment offers elevated Korean cuisine that will  impress even the most discerning of foodies. Choose from two tasting menus, Yeon and Shilla, with lunch and dinner seatings available. 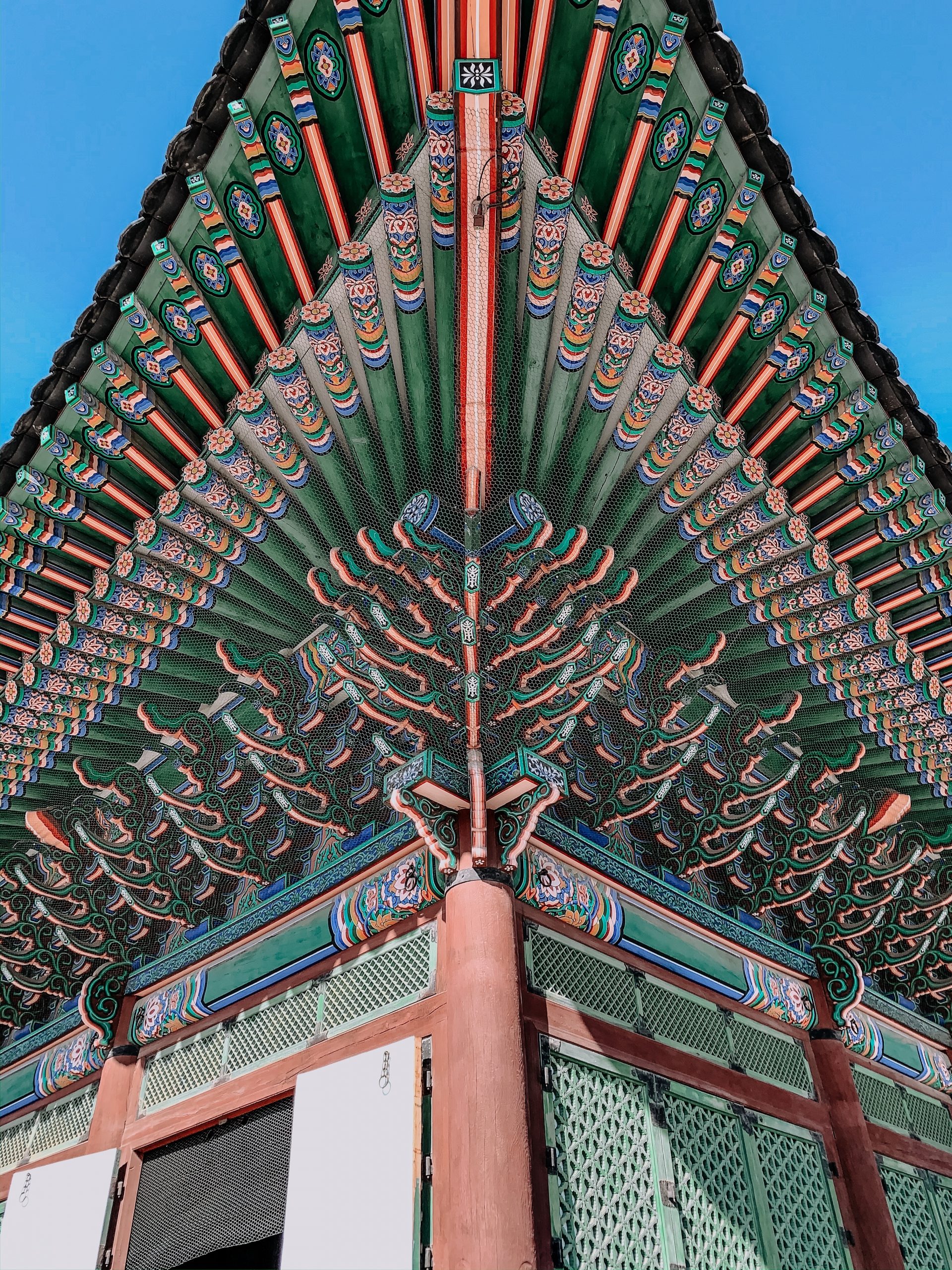 Located in Myeongdong, Gyeongbokgung Palace was the main seat of power during Korea’s Joseon Dynasty. The palace was built in 1395 and was home to many of the country’s monarchs. It is the largest of the Five Grand Palaces of South Korea and a definite must-see when visiting Seoul.

CF Top Tip: Check out one of the many Hanbok shops near the palace and rent a traditional Korean Hanbok (traditional dress) to really immerse yourself in what it might have felt like to be a Joseon court lady.

A stone’s throw from the Gyeongbokgung Palace, the Bukchon Hanok Village is another wonderfully preserved relic of Korean’s Joseon era. All the houses in this charming folk village are constructed in the traditional ‘Hanok’ style, with many buildings converted into teahouses, craft stores, or guesthouses. It is easy to get lost among the picturesque narrow alleyways of this lovely neighbourhood, but don’t forget to be respectful as Bukchon Hanok is a residential area too. 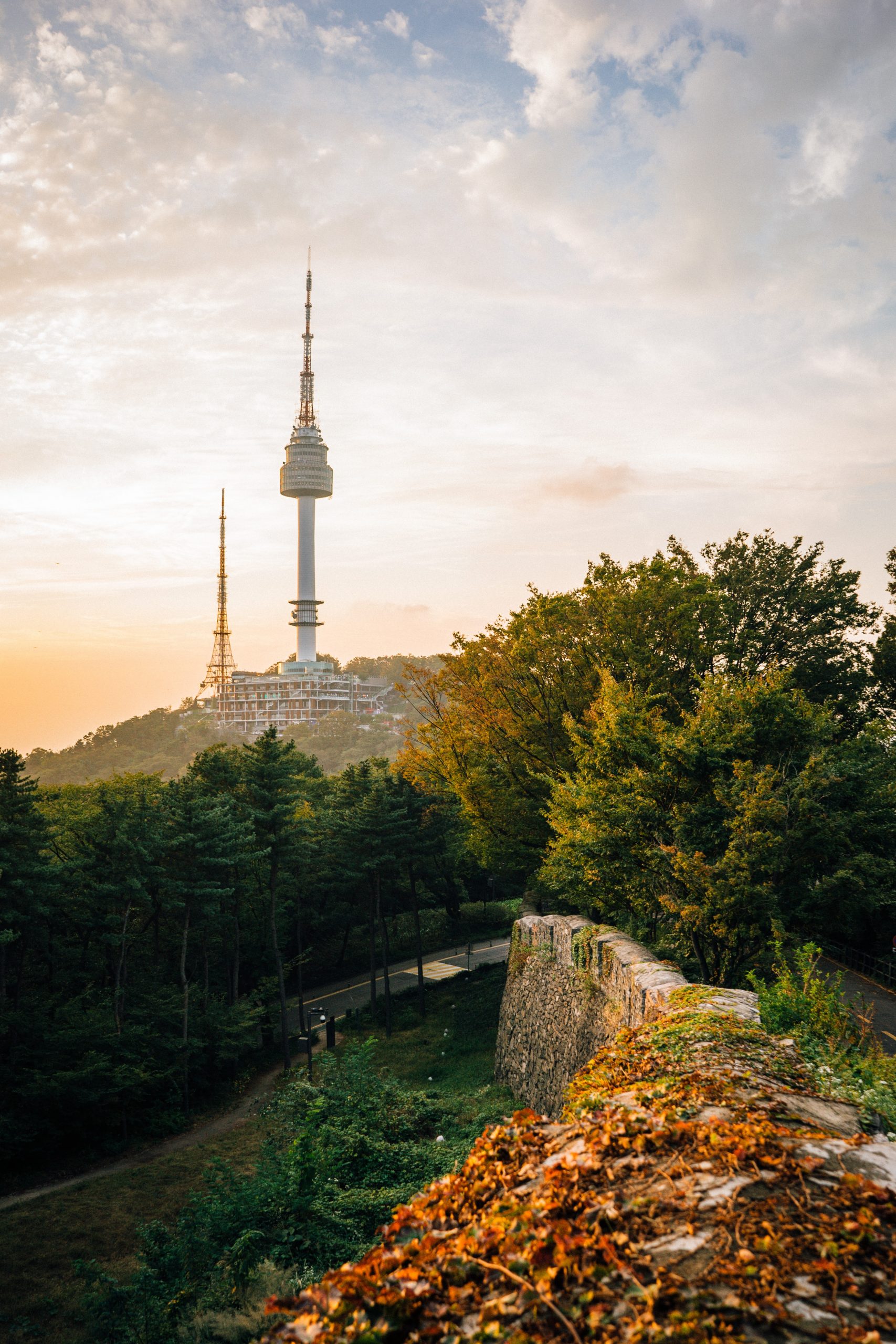 Fans will recognise the N Seoul Tower (or Namsan Tower) as the backdrop of countless romantic scenes in umpteen K Dramas. The 236-metre tall tower is Seoul’s second highest point and the observation deck offers one of the most breathtaking views of Seoul’s impressive skyline. It’s easy to work up an appetite when climbing up the 4.3 mile trail to the observation deck, so don’t forget to stop by Mokmeoksanbang, a traditional Korean eatery at the trail’s entrance for some delicious bibimbap (a rice bowl cooked in a stone pot).

Shopaholics are spoilt for choice in Myeongdong and Dongdaemun, the city’s main shopping districts. Get lost amidst the glitzy luxury boutiques in the Lotte and Shinsegae main department stores, or dive into stylish alleyways for some independent fashion and beauty finds. There is certainly plenty to see (and buy) here, just make sure you’ve got enough luggage allowance to take all your purchases with you.

With one of the lowest crime rates in the world, Seoul is the ideal destination for solo female travellers. Koreans have a strong sense of duty, principle and community, and go above and beyond whether you are asking for directions or looking for some local shout-outs.

Public transport is super-efficient (and affordable) in Seoul, with subway systems going far beyond the city limits. If Seoul’s busy subway network may seem quite daunting for most, taxis are everywhere and are very reasonable too.

As a hyper-connected city, it’s also easy to come across free Wi-Fi wherever you go. This is ideal for first-time visitors who rely on map apps to navigate and is especially beneficial to solo female travellers who want to stay connected with family and friends during their Seoul adventures. 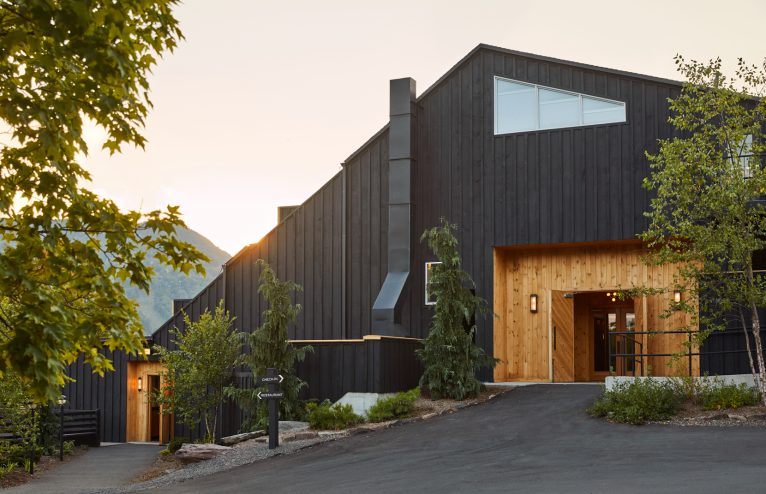