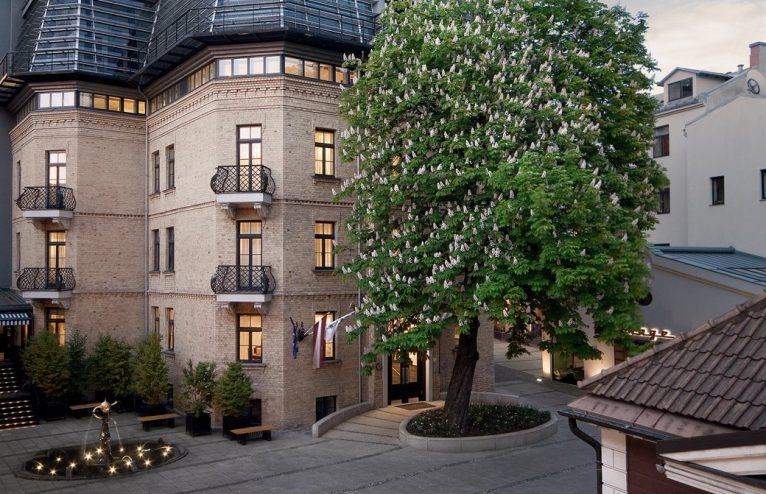 As introductions go, being told, “The courtyard was covered with little monsters”, would ordinarily result in my swift flight to anywhere else. Context of course, is everything – and in this case, Hotel Bergs CEO, Aleksis Karlsons, was recounting Lady Gaga’s stay here, which attracted a mass of her Latvian ‘Little Monster’ fans.

It may be sufficient recommendation that if a hotel’s good enough for Gaga, then it’s good enough for us. Indeed, it’s possible to stay at Bergs and appreciate the hotel for its many fine attributes – central location, excellent service and comfortable suites, without delving into its history, but to do so would be a genuine shame.

Proving itself to be an ideal Rigan boutique hotel base, Bergs’ heritage simultaneously educates in the history of the city. It neatly fuses and illustrates old and new Latvia via its own fascinating story.

Over dinner, in the intimate environs of the hotels’ private dining room, Aleksis shares the incredible tale of his family and their beloved hotel, which remains intrinsically immersed in Latvia’s past.

Hospitality clearly runs in the bloodline, as Aleksis’s great grandfather, Kristaps Kalniņš, was born to a guesthouse owning family in southern Latvia. Aged 16, he left home for Riga, renaming himself Chrisoph Berg, a more affluent and German friendly moniker. He served various apprenticeships and ever keen to better himself, sought a higher education at one of the Baltic’s main universities.

For the first time in history, indigenous Latvians were able to gain access to credit. Spotting the growth potential within Riga, Aleksis explains that Christoph “purchased a lot of property and one of the first he purchased was where we are today.”

Hotel Bergs is the flagship building within Bergs Bazaar, its name an homage to the Grand Bazaar. This was the key influence on the design, reflecting the trend for all things oriental and eastern which were very much in vogue in the 1880s. Bergs Bazaar was not only Latvia’s first shopping mall but also the country’s first modern multi-use property, with “shops on lower floors, offices and crafts on first, and apartments on the upper levels”.

As Riga thrived, Christoph Bergs developed over 50 properties, and was the area’s biggest local real estate developer. He also became a key player in setting the foundations for Latvian independence, sadly passing away before this monumental change occurred.

During the Soviet occupation of Latvia in 1940, Bergs Bazaar became the property of the state. Armed with the knowledge that the Soviets were approaching, the Latvian Government had the foresight to send a Government in exile to London along with the land registry.

This quick-thinking reaction meant that Latvia avoided the same fate of many other occupied territories whereby ownership records were lost or destroyed.

Fast forward to the 1990s when independence was restored and the Bergs family were amongst the first to get their property back. Neglected and no longer lovingly cared for, Bergs Bazaar had fallen into a sorry state of disrepair.

Soon after, in 1992, a young Aleksis visited Riga from the United States for the first time. “I remember walking up the stairs to Bergs Bazaar, the property had been divided into communal apartments and reeked of urine and waste.” He explained that rather than destroying the bourgeois architecture and causing a public outcry, the Soviet’s goal and strategy was to let it decay organically to the point where it would have to be torn down, “and that’s really the state that we got it back”.

The first thing they did when the property was returned to them was to paint the facade and “out of family pride”, Aleksis’s father began the restoration and renovations of the complex. “One of the highest officers in the Baltic army still had his office in Bergs Bazaar and no-one knew if the Soviet army were going to stay out, but we started renovating anyway.”

They paid the Soviet army to do the first renovations for a rouble a day and the officer said to my father, “You may be a capitalist, but I can see that you’re a good man.” Ironically, he pocketed the money earned by the soldiers sent here who were being punished. In a feat of poetic justice, Aleksis explains, “The first works we had them do was to dig out all the shit. The basements were totally filled with sewage.”

In 1994, the Soviet army finally departed. As a final gesture, the officer left a portrait of Lenin – “perhaps as a reminder that maybe they’ll be back!”

Although that first visit in 1992 sparked his interest with Bergs Bazaar, “when this place started to fascinate me”, Aleksis didn’t “come into the picture until 2006, though I came for summers before then.”

If all this history has made you need a lie-down, you’ve come to the right place. Hotel Bergs has 37 spacious suites, many of them duplexes and all decorated with an understated elegance and muted tones. Those preferring to dine in can utilise the well-stocked kitchenette, which includes a microwave and all-important coffee machine. 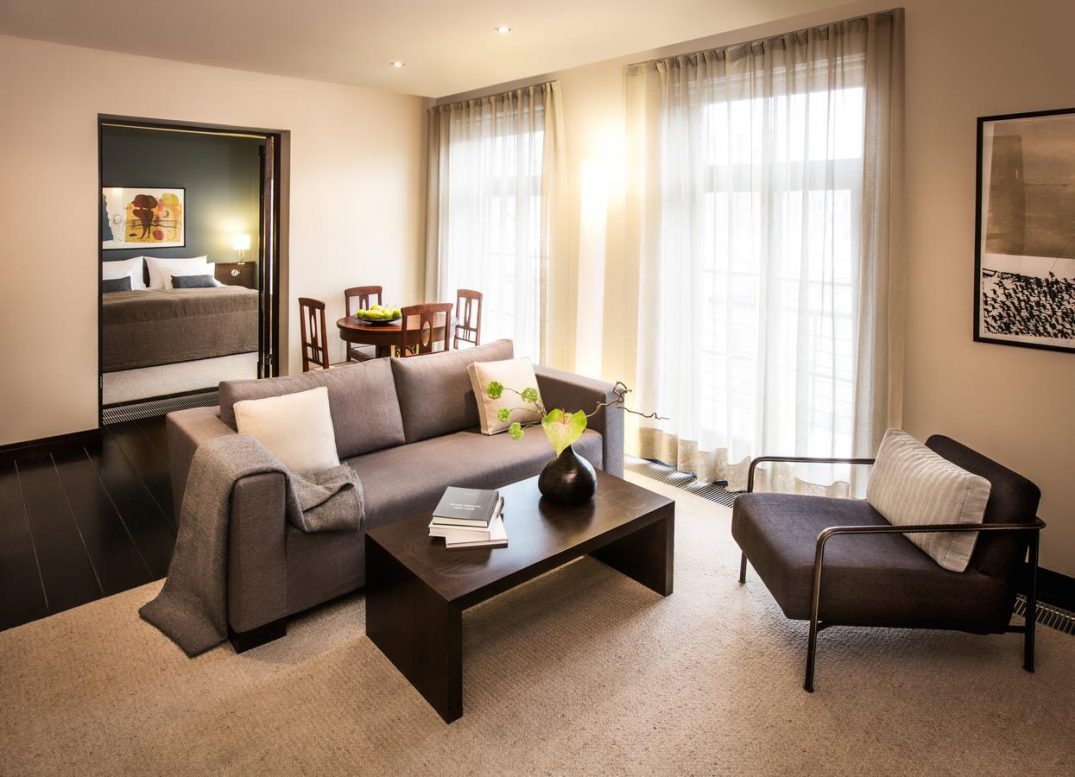 If you do opt for a night in, the separate lounge area offers a total respite from work. There’s even a DVD library to choose from including a noticeably large number directed by Russian film maker Andrei Konchalovsky. Apparently he enjoyed his stay in the hotel so much he sent them a collection of his films for future guests’ entertainment. 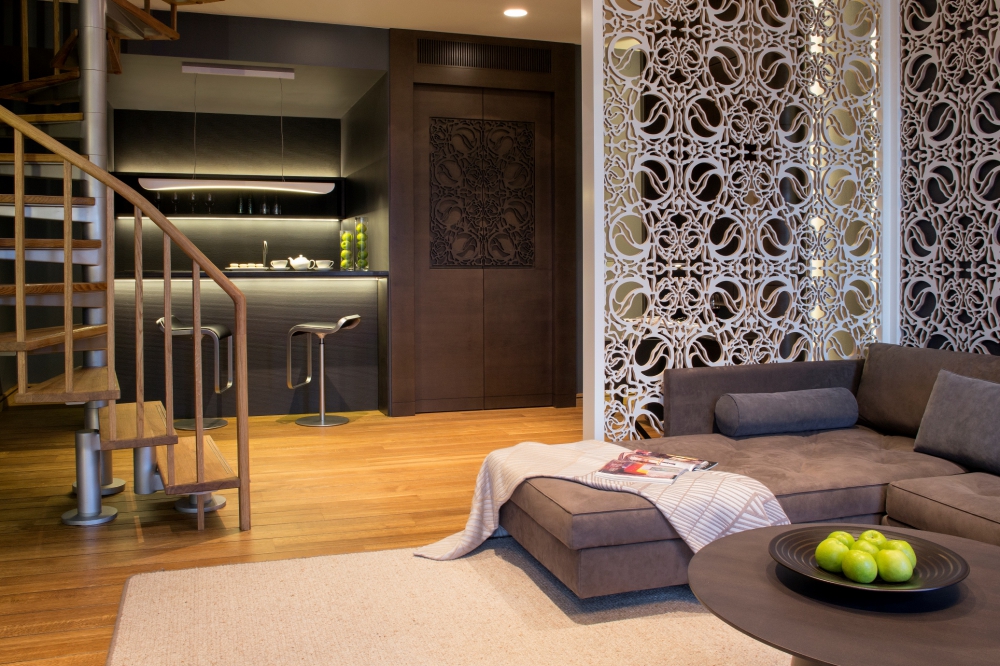 Our favourite way to end a relaxing evening such as this is to luxuriate in a bath filled with lashings of a divine smelling concoction. Hotel Bergs’ wisely chosen bathroom products come courtesy of French company, Algotherm. Flicking the switch on the CD of soothing sounds and music to aid sleep, means when our head finally hits the specifically ordered pillow from the menu, we fall into a blissful slumber.

Breakfast takes place in a lovely light room and staff accommodate those wanting coffee on the go with takeaway cups. This restaurant also offers lunch and dinner, featuring international cuisine as well as local food experiences. 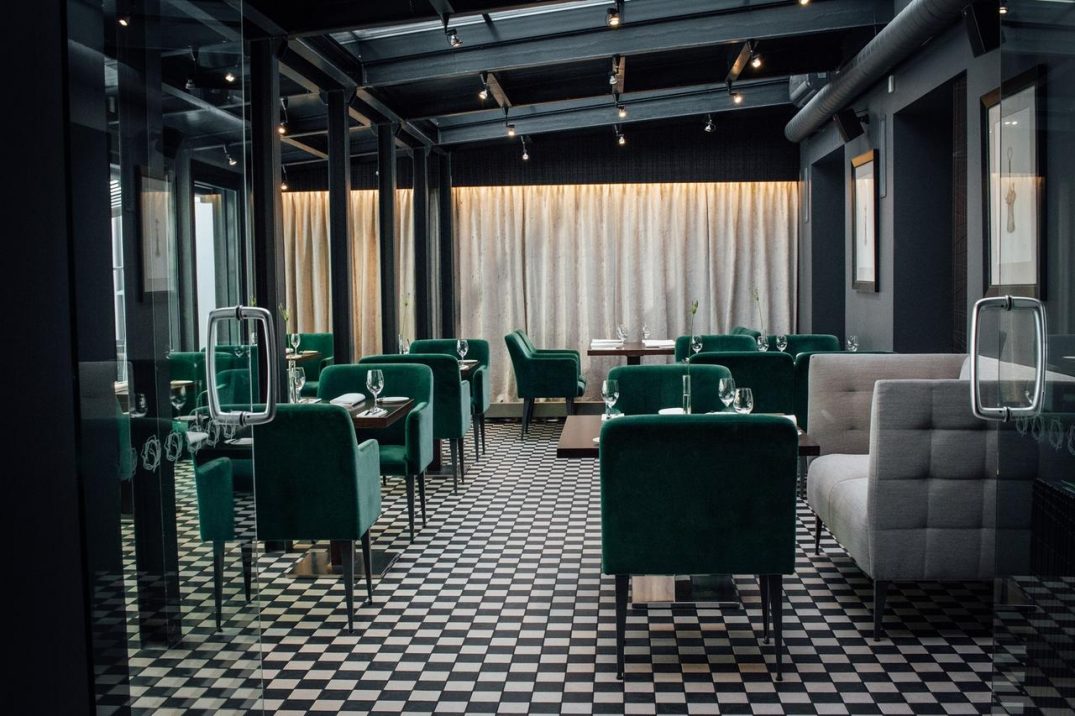 The seamless marriage of the art nouveau classicism of Hotel Bergs, Riga’s first five star rated hotel, and the contemporary, is best exemplified in the modernity of the fitness centre. The centrepiece of this paean to relaxation is a machine that could be a prop from 2001: A Space Odyssey. This white ergonomic device turns out to be an ‘LED Light Therapy Whole Body SPA Capsule’ and according to the blurb, is a whizz at correcting all manner of the human body’s flaws. We simply wouldn’t know where to start. 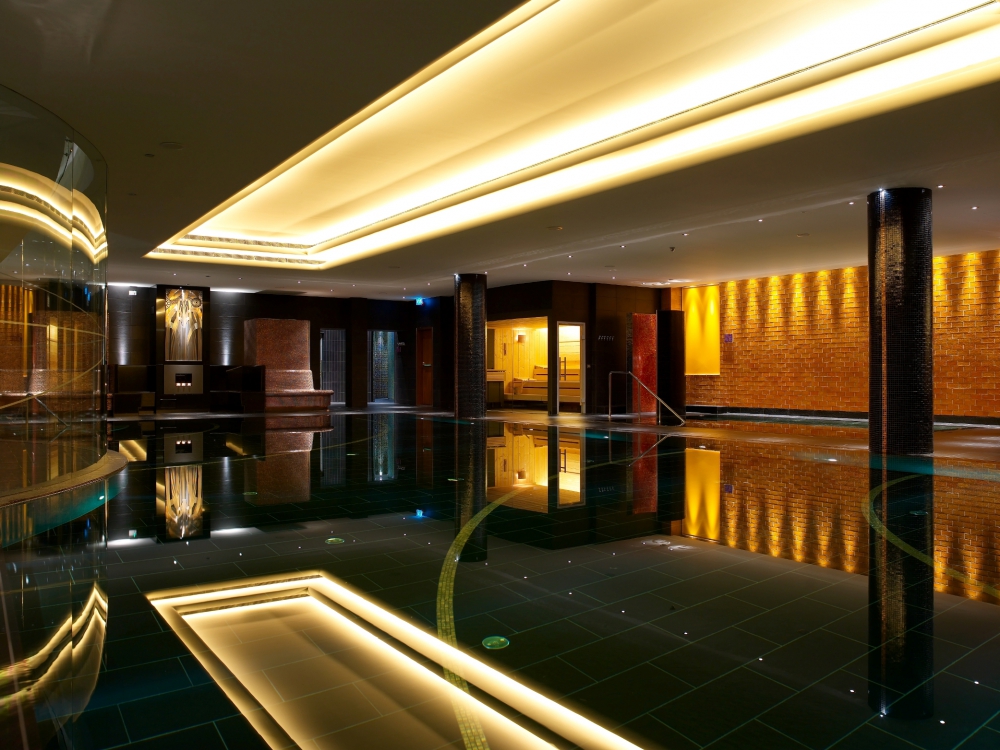 It’s probably a good thing there’s no-one available to operate this complex looking machinery on the day of our visit, so we book in with Ilona, Bergs’ resident physiotherapist. She listens intently to our needs and tedious ailments before determining the bespoke massage she’ll undertake. She certainly knows her stuff. Not only did she manage to apply just the right amount of pressure to a healing fracture, but she even indulged a request for extra feet pampering to counteract the rigorous mileage done on them during our whistle stop tour around Latvia’s intriguing capital. The perfect end to the perfect city break.

Top tip: Although we visited Riga for the fabulous art nouveau buildings and to soak up Latvia’s history, we always like to do additional research wherever we are to see where the locals shop and what they buy. As usual, our favourite acquisitions were gastronomy-related and we bought a variety of cheeses, craft beers and pickled cabbages – a speciality of the region, all from the vast Central Food Market.

We couldn’t leave without bringing back a bottle of the national drink, Balzams. Our preferred flavour? Blackcurrant. It’s the only civilised way to finish a meal in Riga.

Galleria Riga shopping centre may be more functional than desirable, but we were delighted our tenacity rewarded us with Latvian design store AWAKE. It was here we made our finest purchase, and bought a reproduction print from Kaltene, inspired by 100-year-old adverts. The good news is they ship internationally if you’ve not had the chance to visit this Baltic haven for yourself. (My choice!)

Hotel Bergs is a member of Small Luxury Hotels of the World
Rooms start from £142 per night including breakfast. 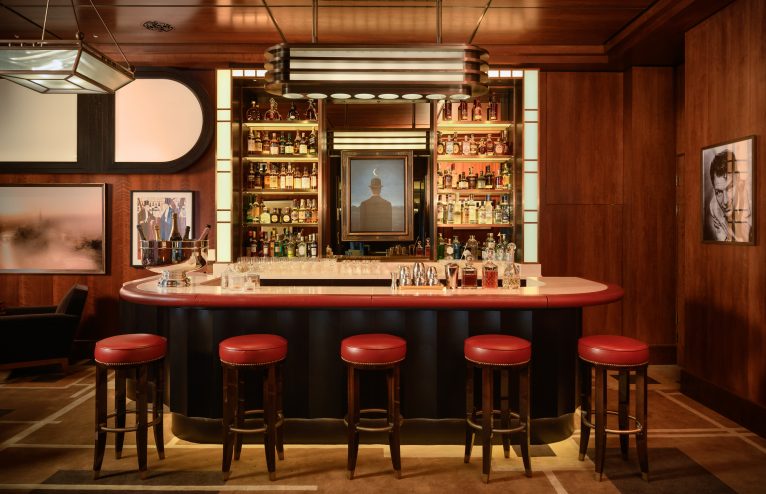 Checking In: The Beaumont, London