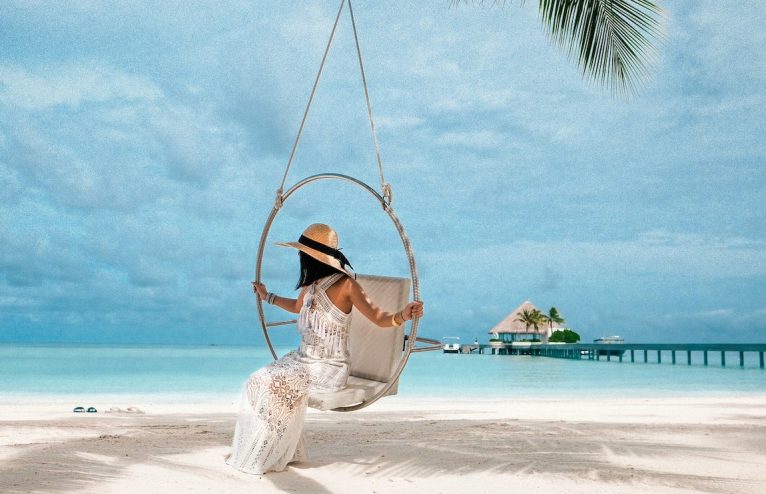 Whether you have a few days, weeks, or longer to spare – these islands should be at the top of your winter-sun radar.

While we love this time of year in the UK – the lights! the shopping! the festive cheer! – we have to admit to sometimes wishing we could be somewhere slightly more sunny: bikini and sunglasses on, margarita in hand.

With flight times starting at just three hours (hello Malta), there’s a trip suited to everyone – from long weekenders to those who’d rather go somewhere completely off-grid.

These are the 12 best islands for winter-sun. Browse and bookmark for whenever you need your next dose of vitamin D. 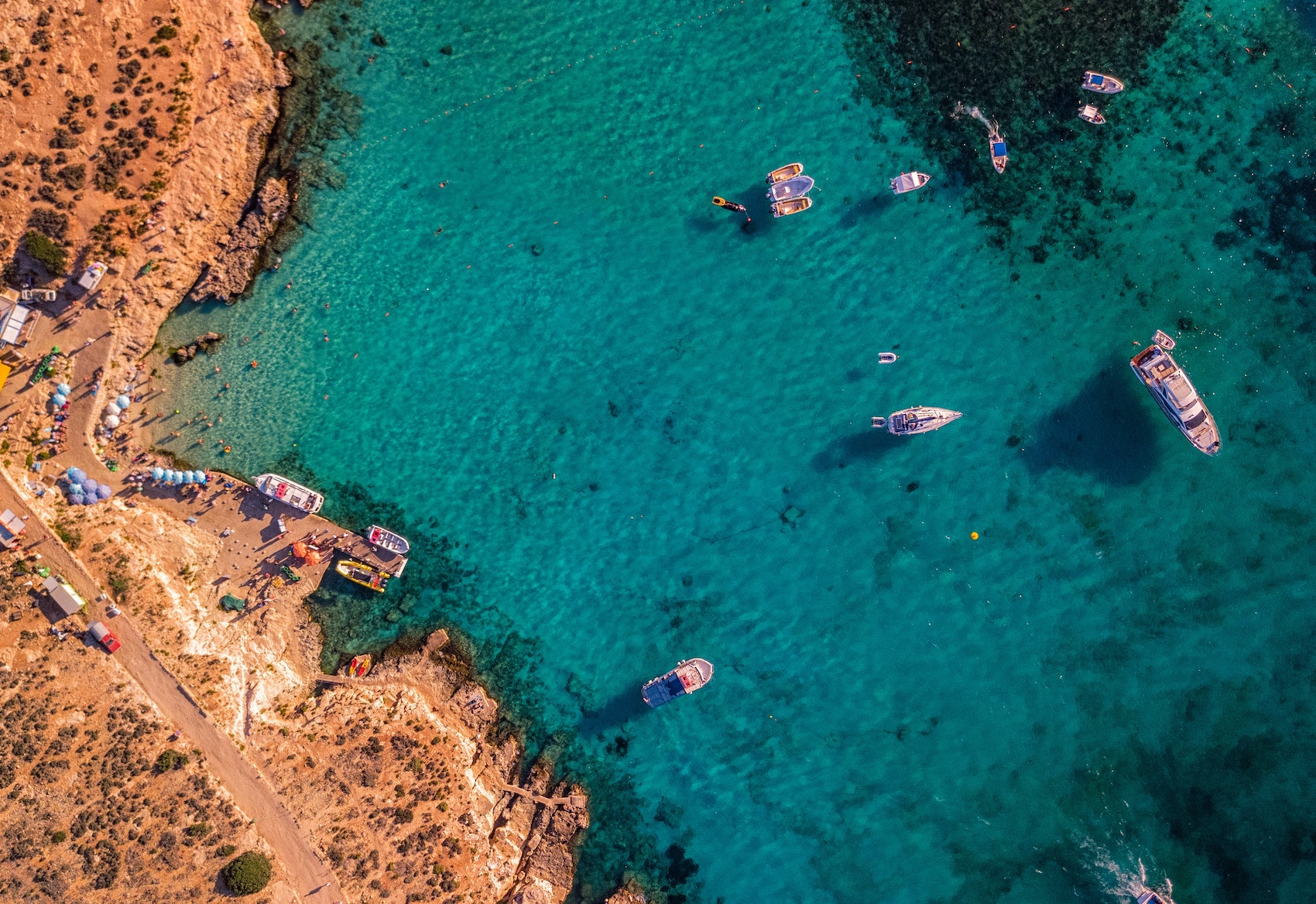 With the shortest flight time from the UK of this list, don’t expect blazing sunshine or long, lingering beach days during a December trip to Malta, but visit, safe in the knowledge that at least the weather will be an improvement on whatever windy or rainy fronts are sweeping in back home. Due to the island’s small size (London is about five times bigger), the beach is never far away – making it easily accessible for a quick wander while the sun is shining, and equally easy to escape from should the weather turn. By evening, join the trendy crowds at Sliema for dinner, or work your way through some of the Michelin-recommended restaurants in Valletta – we love Noni for Maltese cuisine, and Aki for Japanese. 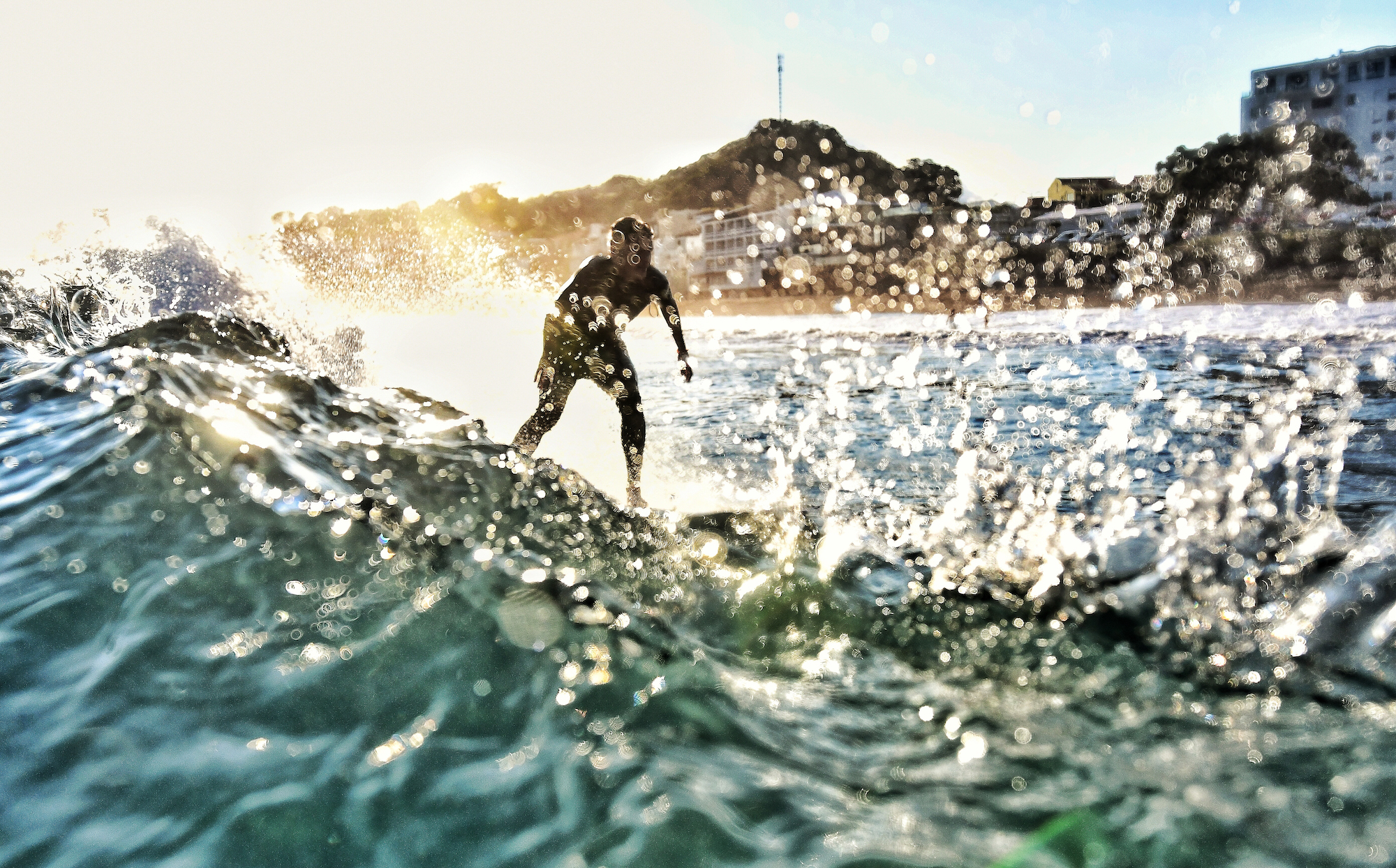 This Portuguese island enclave has flown under the radar of even the most knowledgeable travellers for many years; spoken about in hushed tones and carefully guarded by those who’ve visited. And we can see why, but we’re letting the secret out. These European islands are home to some of the continent’s – if not the world’s – most awe-inspiring views. Volcanic landscapes, lush forests, and bountiful waterfalls form the backdrop to outdoor adventures such as whale and dolphin watching, hiking, and long soaks in the natural, thermal pools. You’ll also find two of Portugal’s UNESCO World Heritage Sites here (the city of Angra do Heroísmo and the Pico vineyards). There’s something special about visiting a place not many others have been, let alone heard of. And with a flight time of less than four hours, The Azores is one of the easiest ways to achieve it. 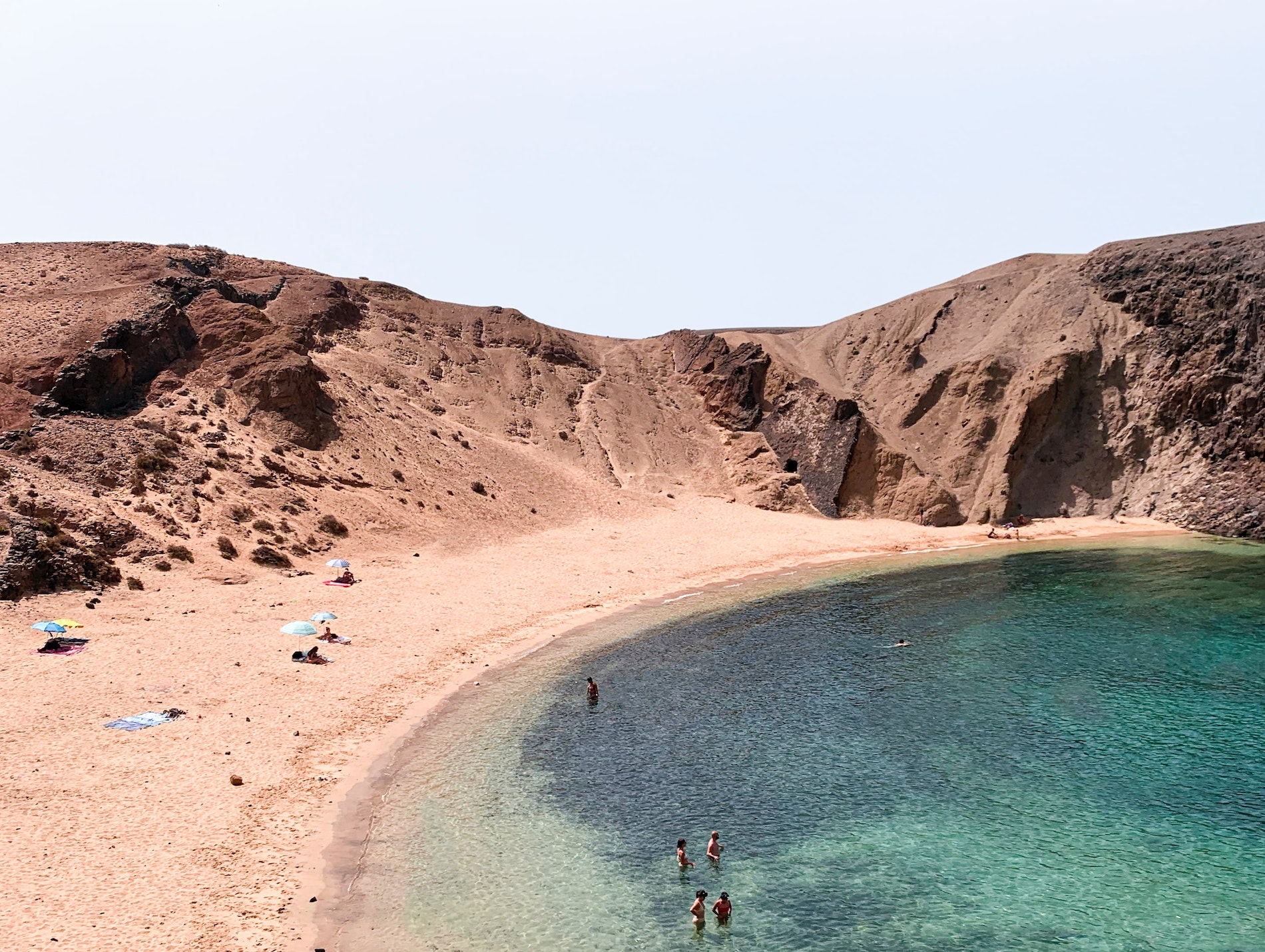 If you know you want short-haul, but also want some guarantee of warm weather then the Canary Islands are the answer to your winter-sun prayers. The reputation of this Spanish archipelago often precedes them, but look beyond what you think you know, and you’ll be surprised. First and foremost, the landscapes of these eight islands located off the coast of Morocco are other-worldly: craggy mountains, dense forests and sweeping sand dunes scattered throughout. If we had to pick just one of the islands to visit this year, it would be Fuerteventura, the second biggest of the island sisters, for its sheer variety of terrain and related activities. Start your day with yoga on the beach, followed by a spot of surfing (regular, wind or kite – you decide), then head over to Ajuy Beach, a stunning, black-sand beach with incredible photo opportunities. Stick to the land here though, the waters are not safe for swimming. If it’s the hottest possible European break you need this winter, head for Tenerife where average December temperatures are a balmy 25C. 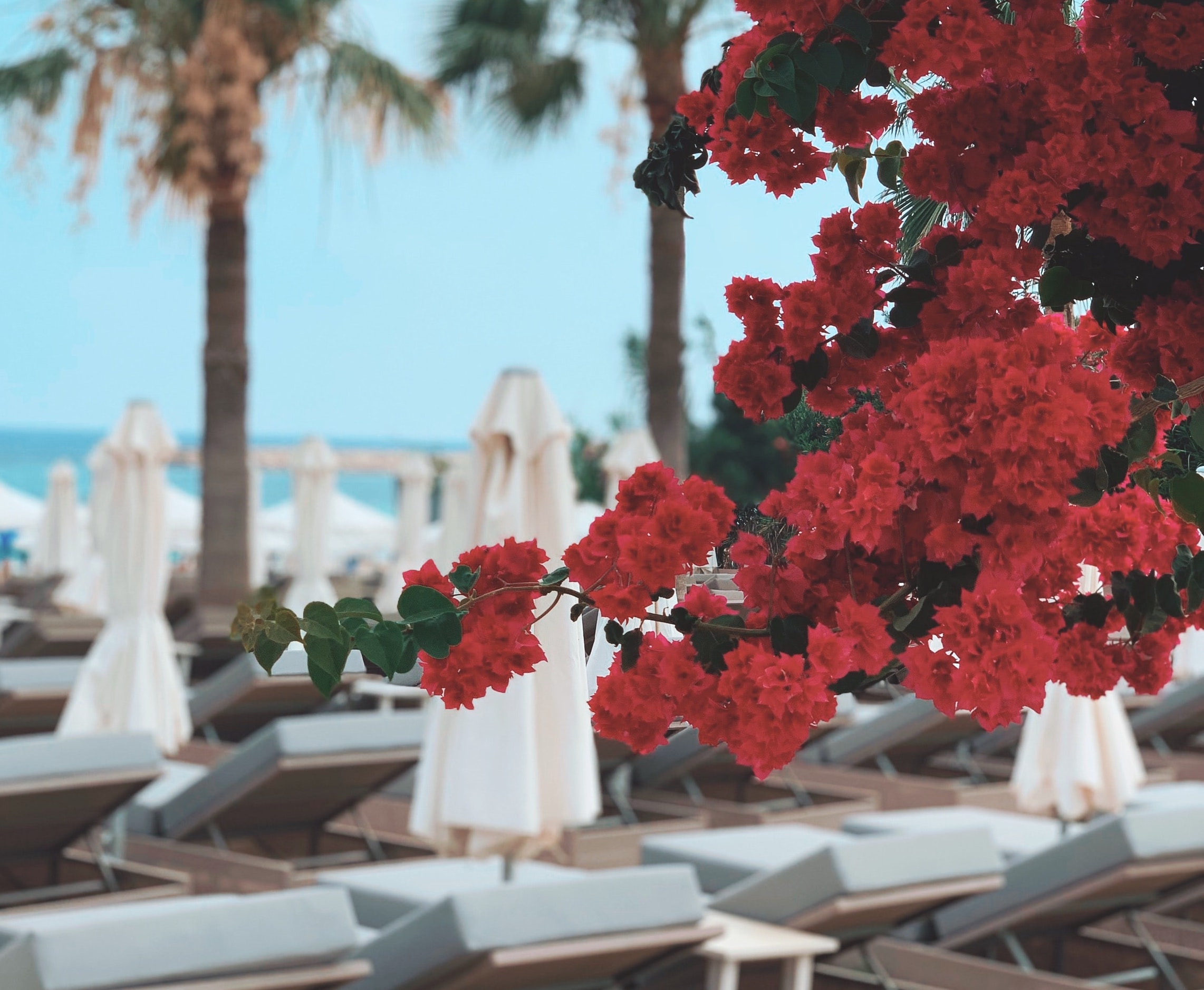 A four and a half hour flight is probably the maximum we can stretch to for a long weekend, and Cyprus is one of the best options for a winter-sun holiday during the colder months. Why? Because yes, it has beaches and water sports, bars and restaurants, but it also has a fascinating and complex past with many nations laying claim to the small island over the years. This has resulted in an island packed with history, full of ancient temples and all manner of architectural influences – Byzantine to Roman, Ottoman to Venetian – so, on those days when the weather isn’t quite up to par, you’ll always find something to explore. The merging of cultures has had an influence on the food, too, which is perhaps best described as a Mediterranean-Middle Eastern affair: spend your evenings dining on halloumi, kebabs, hummus, stuffed vine leaves, fresh salads, and of course, baklava. 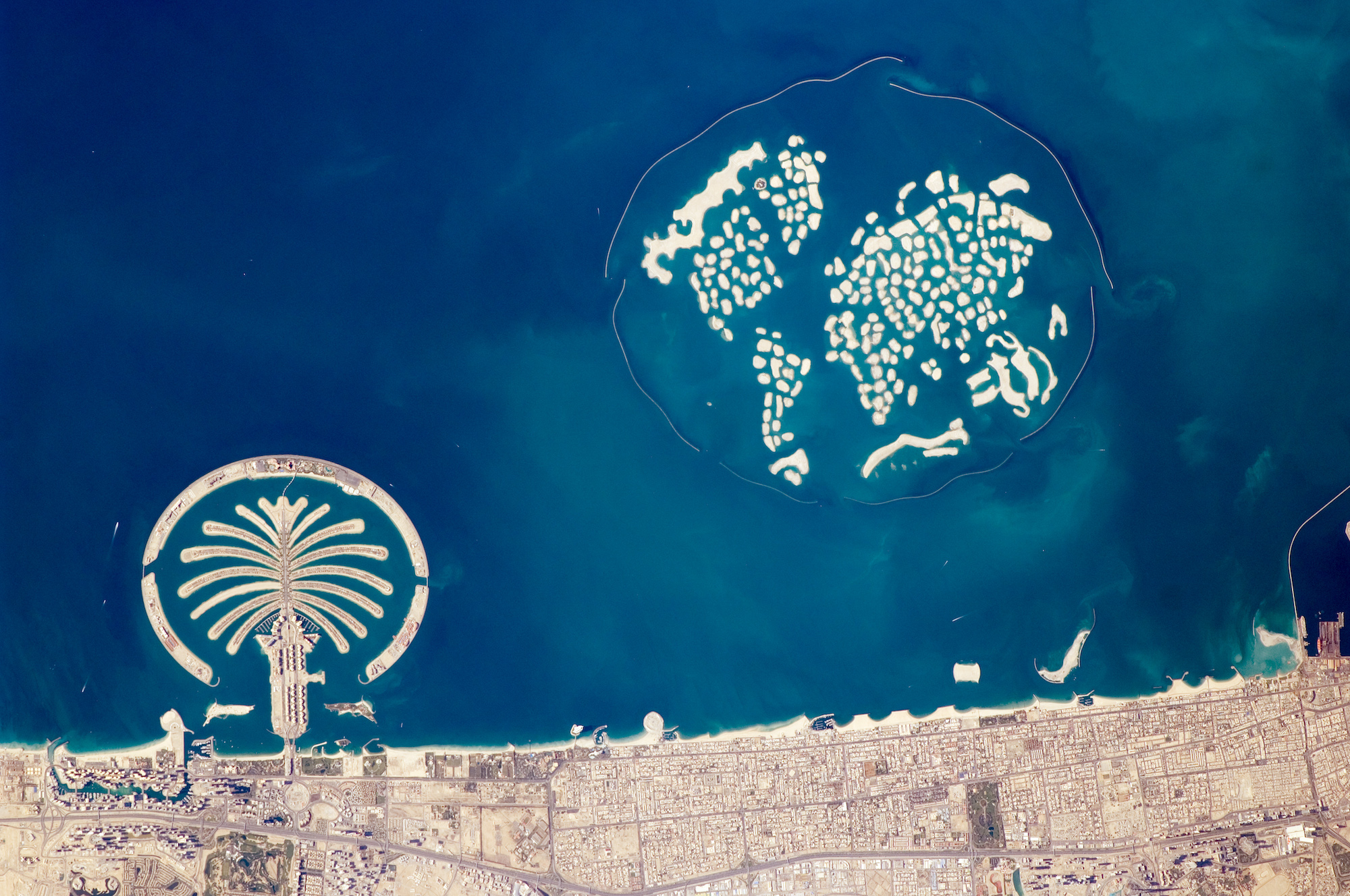 The future of The World Islands, just off the coastline of Dubai, has been somewhat of a guessing game since their inception in 2003: most of the sandy, country-shaped mounds have remained untouched for years with the exception of ‘Lebanon’, home to a beach club accessible as a day trip. But all that changed in 2021 with the opening of the first hotel, Anantara World Islands. Sprawled across the ‘South American’ continent, here you’ll benefit from the island way of life – sandy beaches, cooling waters, and a calming environment – but also have easy-access to the dining, shopping, and entertainment of a world-class city, just minutes away. From here, it’s just 15 minutes by speedboat to sister hotel, Anantara The Palm Dubai Resort. 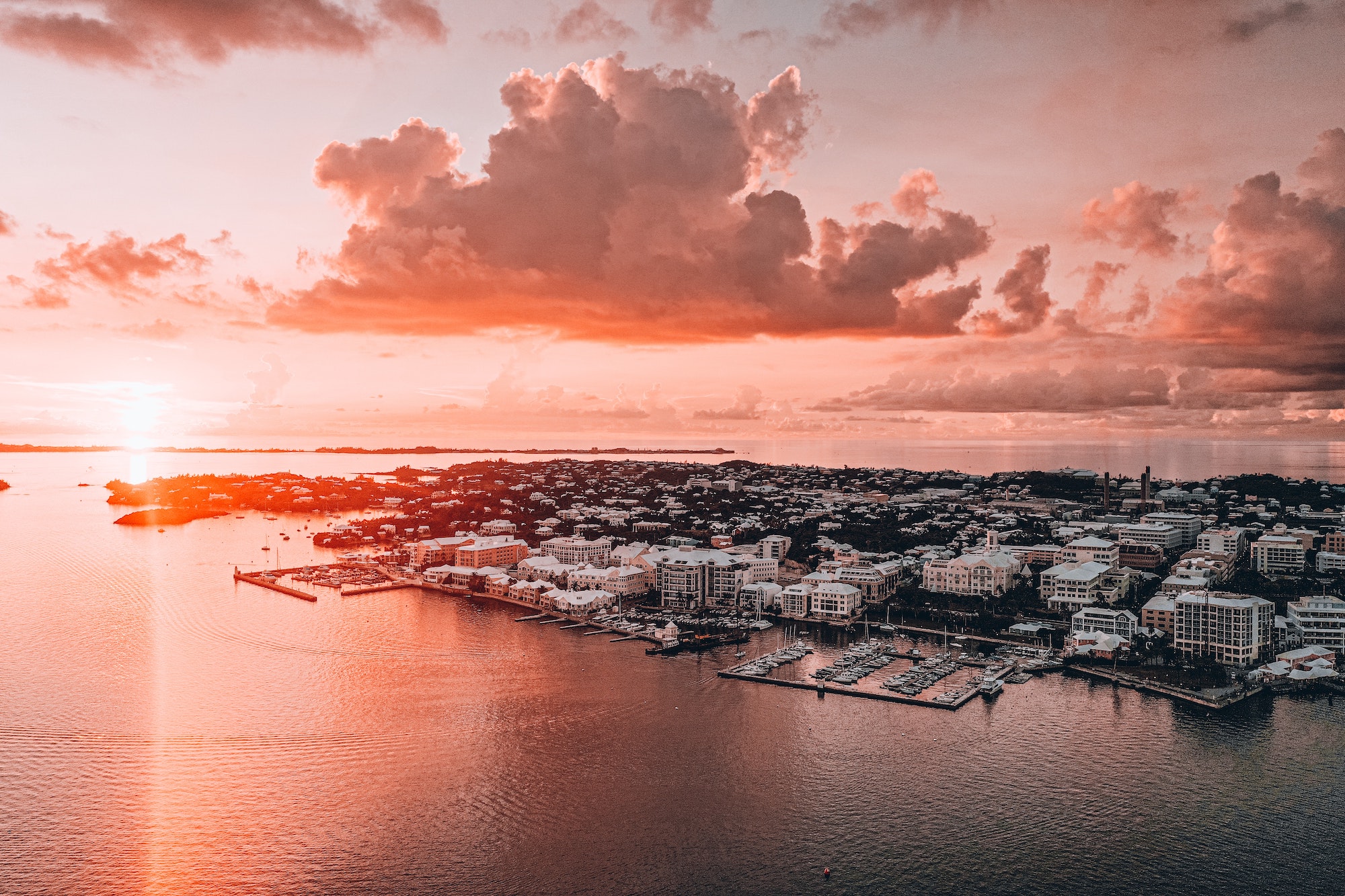 Bermuda is all about beaches; no surprise when you learn that this Atlantic archipelago in the Sargasso Sea is just 20 miles long and two miles wide. Many are drawn towards the pretty, coral-coloured sands dotted all over the island – the most famous of which is Horseshoe Bay in Southampton – but this small island has so much more to offer. Explore the pastel-hued houses, the underwater world in some of the world’s best diving waters, and delve into the rich art scene in the many galleries concentrated within the capital, Hamilton. The Bermuda National Gallery is a good place to start. You may visit for the beaches, but we’re sure it’s the culture that will make you want to stay. 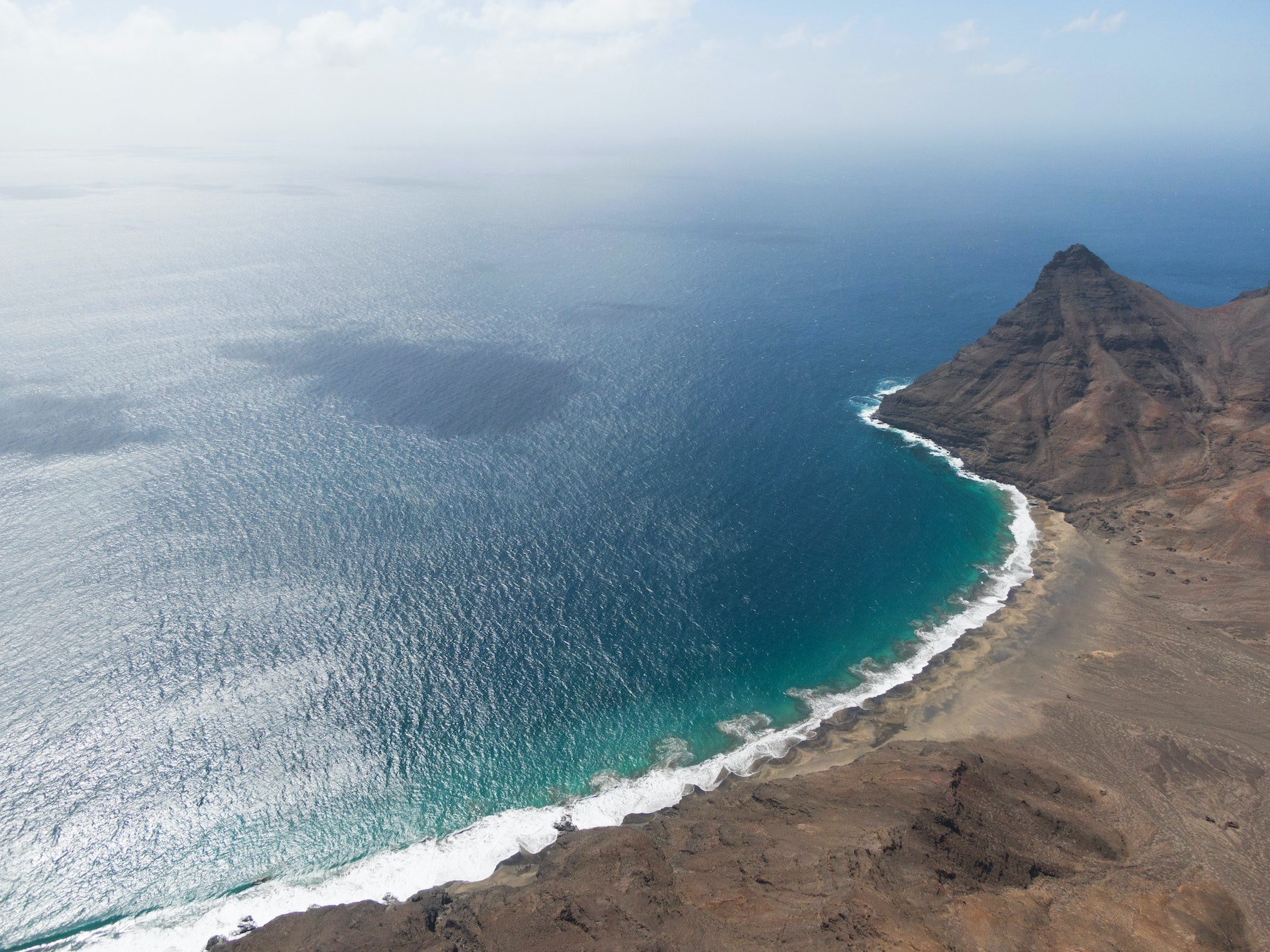 The volcanic islands of Cape Verde – jutting out of the Atlantic Ocean, 500 miles west of the Senegal coastline – are, in our opinion, one of Africa’s most underrated winter-sun destinations. There are 10 islands here, each offering dramatically different experiences, despite their relative proximity. Sal has the international airport, making it the place to visit if you’re short on time. It’s also the island to visit for water-sports, thanks to its windy conditions. São Vicente is for music lovers, this is a hub for creative types, and boasts a full-moon festival to rival any Thai equivalent. If beaches top your holiday must-do list, you’ll be happy on any of the islands, but you’ll find the largest, Santa Monica Beach, in Boa Vista. If you can hold out over the next few cold UK months, we recommend visiting in February or March for whale watching season. But either way, you’ll leave with one of two questions swirling around your mind; either ‘why haven’t I visited sooner’, or ‘can I stay forever’? 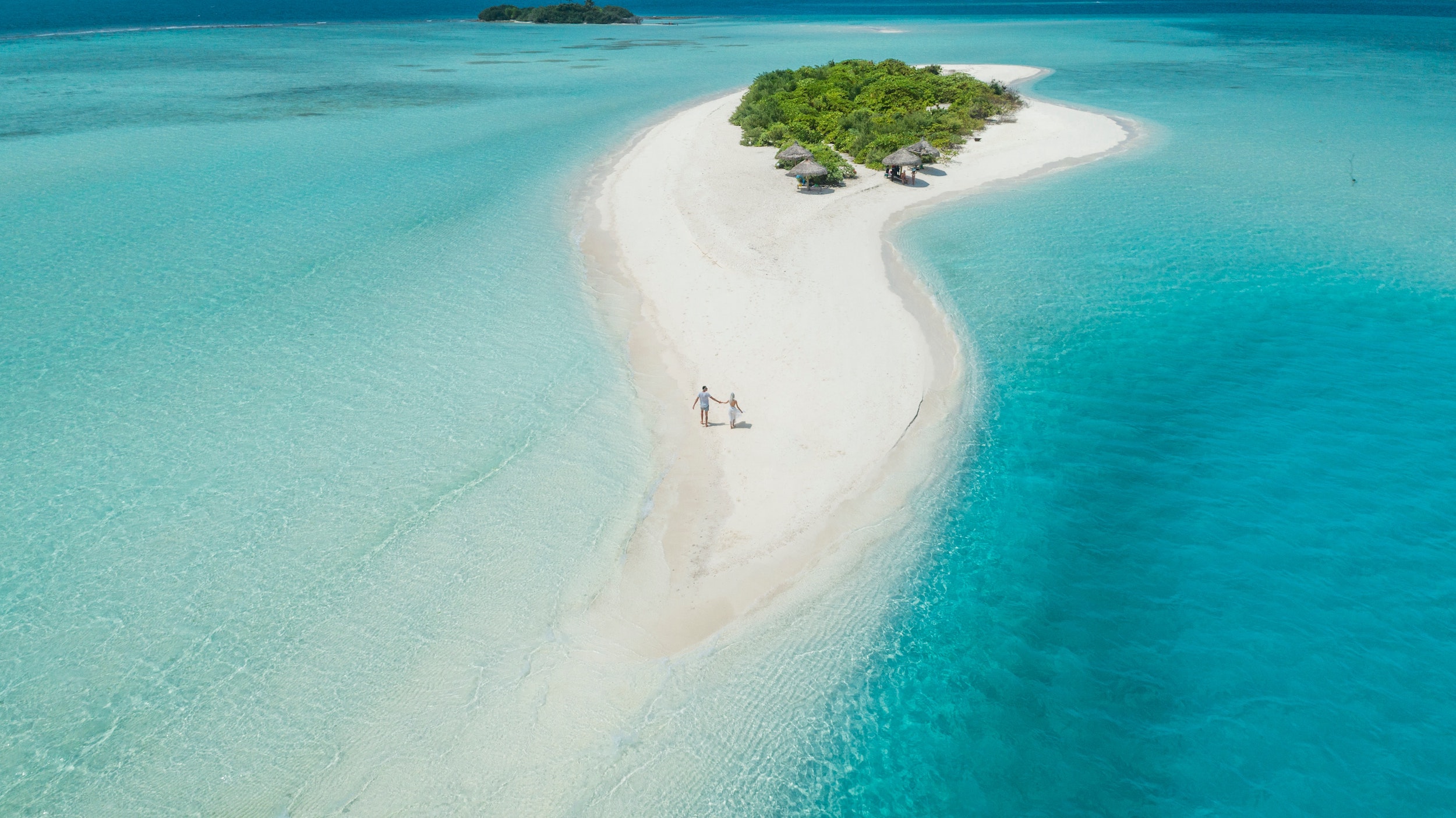 Some might say we’re pushing the mid-haul boundaries with a flight time of 10 hours, but we know we’re talking to savvy, well-travelled jet-setters, for whom this might not seem so bad. The Maldives are the place to visit when you know what you want – and it’s sunshine, style, spas, some silence, and probably lots of siestas. Here, you really have your pick of places to stay, and you can’t go far wrong no matter which of the almost 200 inhabited islands you choose to stay on. Most hotels come with spacious over-water villas offering private plunge pools with views across the unspoiled Indian Ocean. This is the epitome of island-glamour and (in our opinion) the perfect flight time for a week’s getaway. 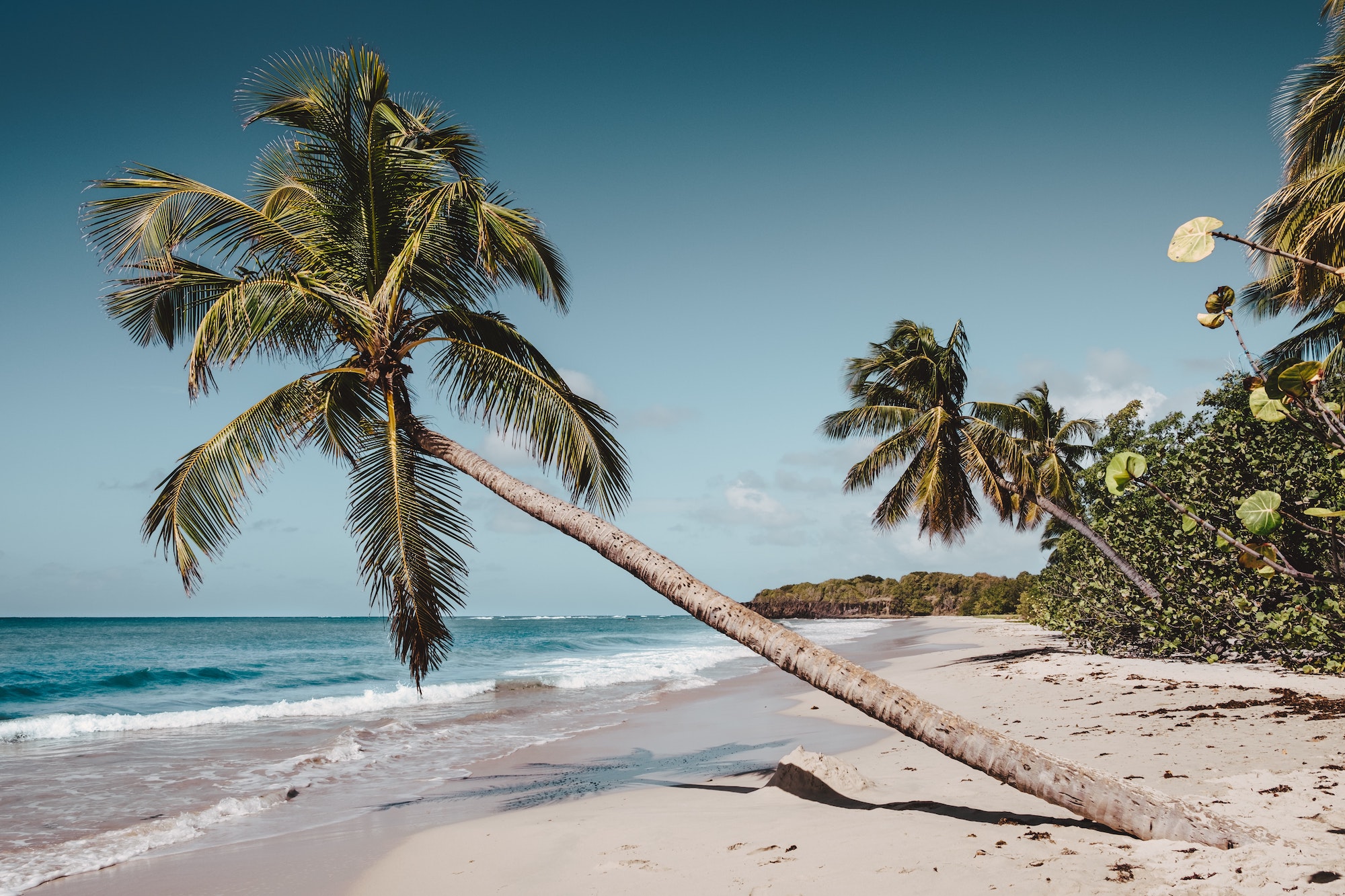 A stepping stone-like trail of islands connecting Miami in the US with South America’s Venezuela, the Caribbean islands are already on most of our to-do lists, whether for winter sun or summer fun. Martinique, one of the more southerly islands lies quietly, its allure discovered only by a select few. With beaches as impressive as any in the Turks and Caicos, resorts as glamorous as those in St. Lucia and St Barths, and rum as strong (and tasty!) as anything you’ll find in a Jamaican shack-bar, this French outpost is très discret. Pack your bathers and sunglasses for beach or poolside lounging, and your best hiking boots to follow the trails of the island’s active volcano, Mount Pelée. 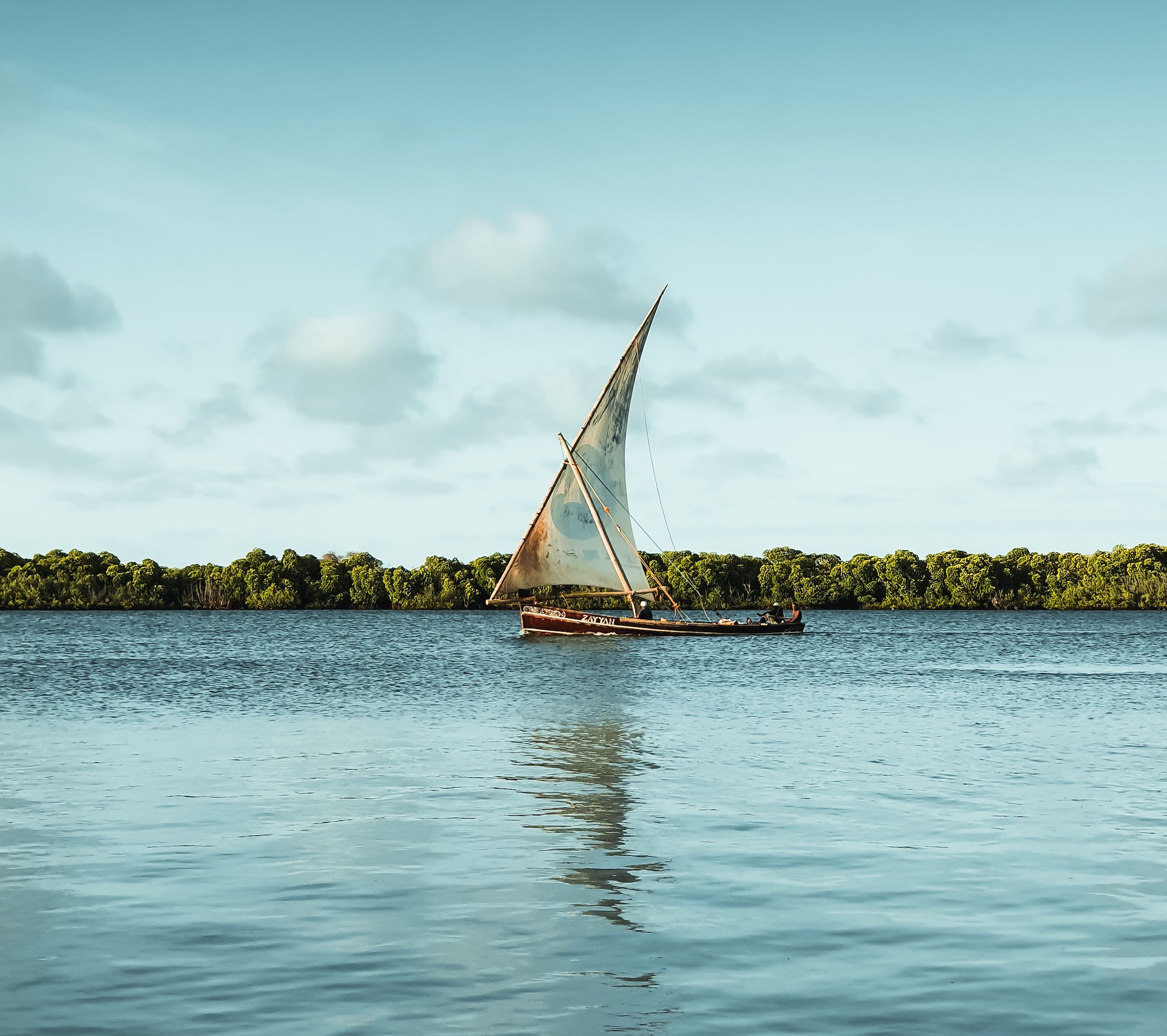 For a country that is often mind-mapped into the ‘safari’ category, Kenya sure knows how to show off on its coastlines, too. If you’ve been to the (relatively) more well-trodden beach resorts on Africa’s central, eastern coast (Mombasa and Diani in Kenya, or Tanzania’s Zanzibar and Mnemba Island) then you’ll know what we mean. If you’ve yet to sample them, then the Lamu archipelago, just off Kenya’s northern coast, is the perfect place to start. This group of Swahili islands has strong Arab influences – but also traces of European, Indian, and Chinese cultures. It’s a sleepy, timeless place where, for centuries, donkeys and dhows (traditional boats) were the main method of transportation. Today you may spot a few boda boda (motorcycle taxis) which were  introduced to the island just a few years ago. But we suggest you follow the well-sailed winds of the dhow and explore the coastline by sea. In Lamu, sunshine comes almost guaranteed – along with a large dose of fresh fish, strong coffee, and a sense of ease as you unwind into the slower pace of life.

Flight time from London: 16+ hours, with connections in mainland Kenya
Average December temperature: 31°C
Where to stay: The Majlis Resorts 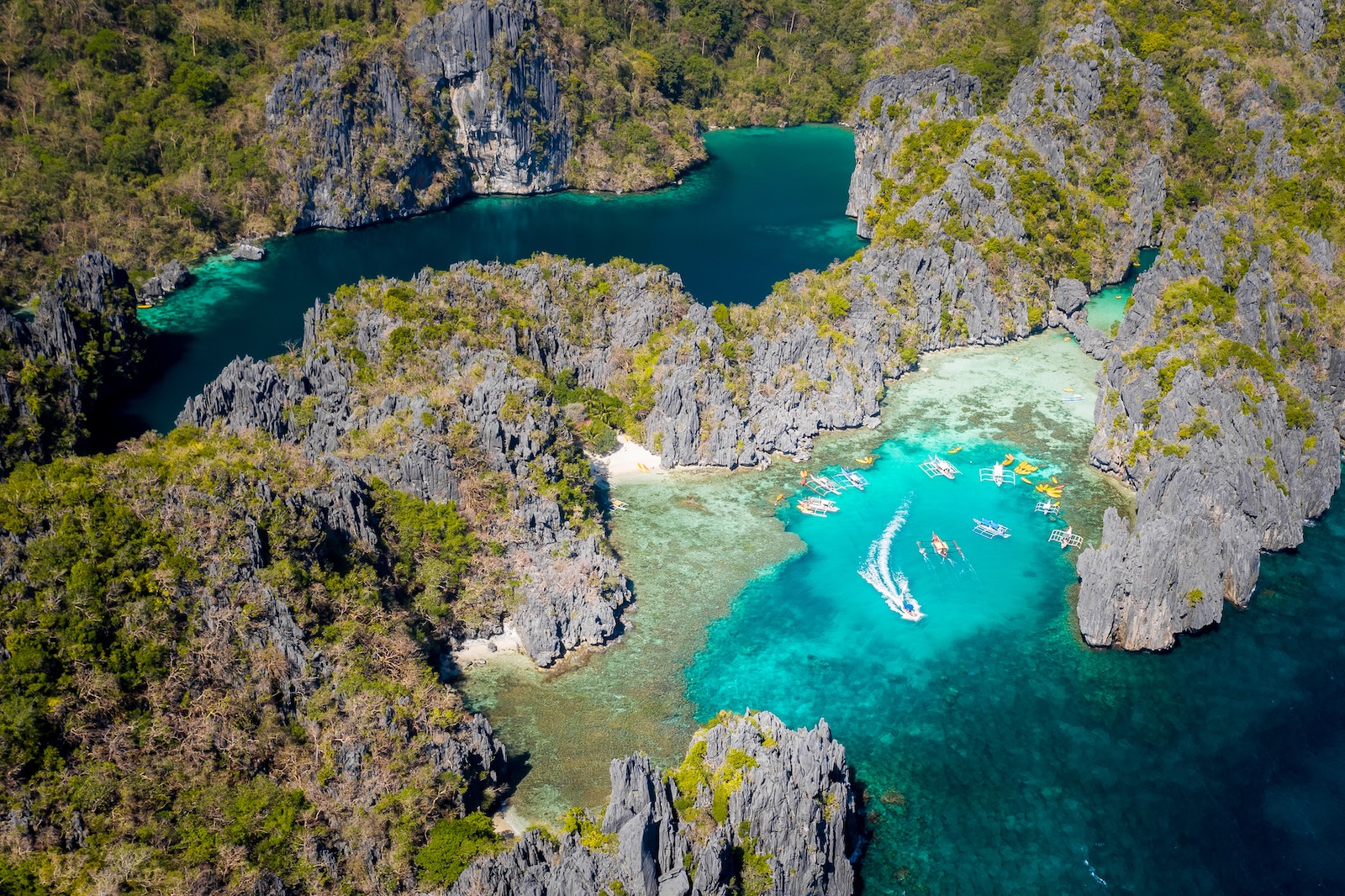 As you make your way through the hectic Manila airport, you may be wondering what you’ve gotten yourself into. But trust us when we tell you it’s worth it. A short, one hour flight from here, paradise awaits. Landing in Palawan’s Puerto Princesa airport, the more intrepid among you may choose to drive south, towards the island’s remote beaches – but we recommend you take the route to the north. Neither outshines the other in terms of beauty, but the north is better served in terms of facilities, restaurants, tours, and hotels. Either way, expect some of the world’s most beautiful beaches (yes, we know it’s a cliché but in this case, it’s actually true!), coupled with clear-water lagoons, and towering, grotto-like caves. 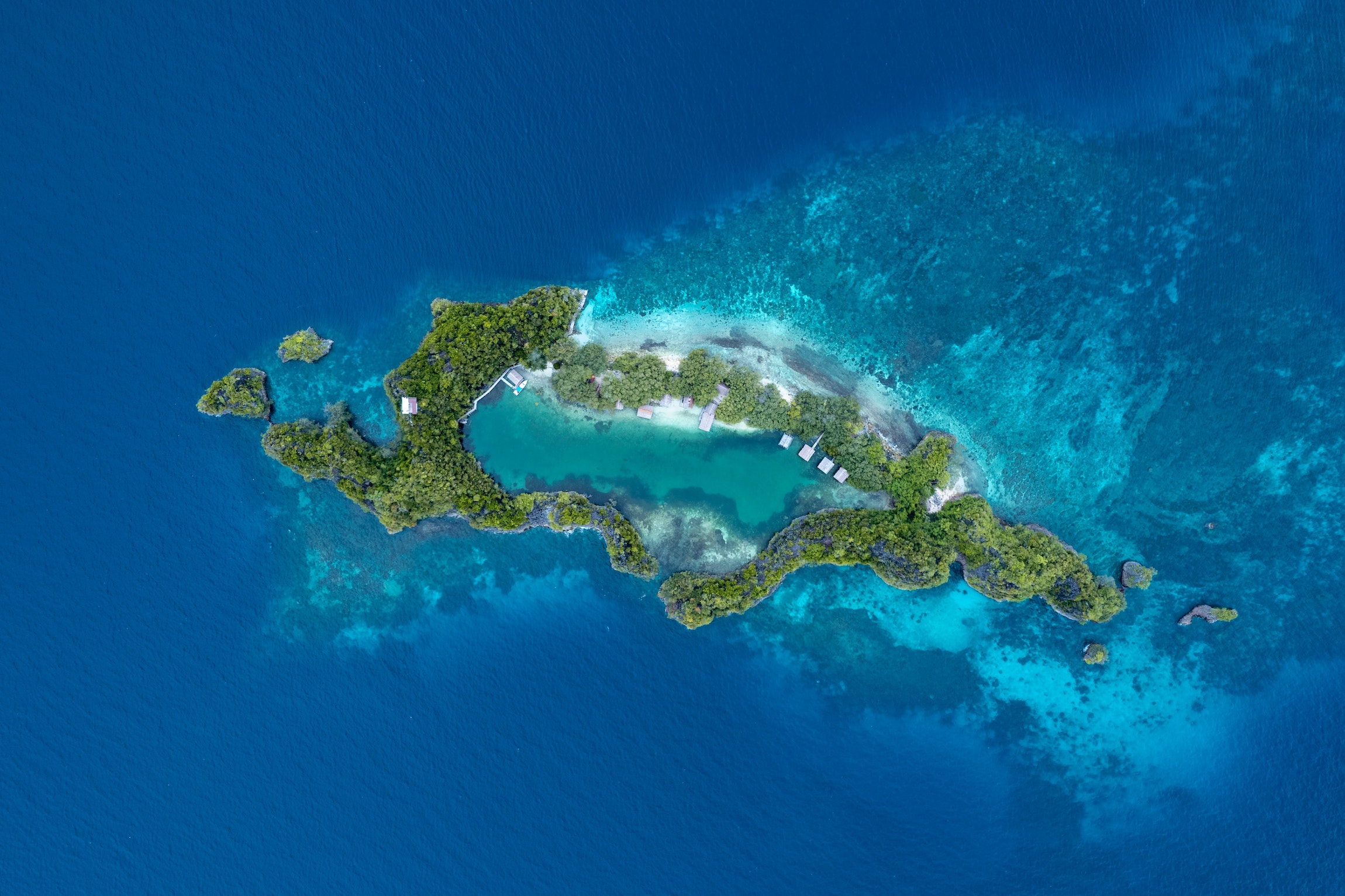 We’ll admit, this isn’t an easy destination to reach from London. You’re looking at a more than 24 hour flight, likely stopping in either Dubai or Singapore, then Jakarta, and onto Sarong. And that’s before you even make the ferry ride from Sarong to Raja Ampat. So why put all the effort in? This is truly a trip of a lifetime. An Indonesian archipelago located between the still, clear and sparkling waters of the Philippines and the Papua New Guinea corals, it’s teeming with life. Raja Amput is home to 75% of all the world’s known coral reefs, and all the life that comes with it. You won’t have to try hard to see whale sharks, sea turtles, or indeed a range of sea life that you probably never even knew existed. And don’t even get us started on the food: the freshest grilled fish and boiled shrimp or crab come as standard. 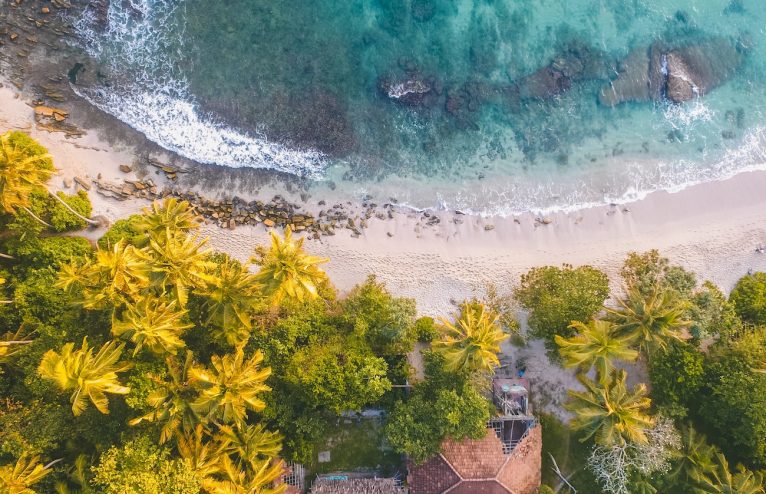 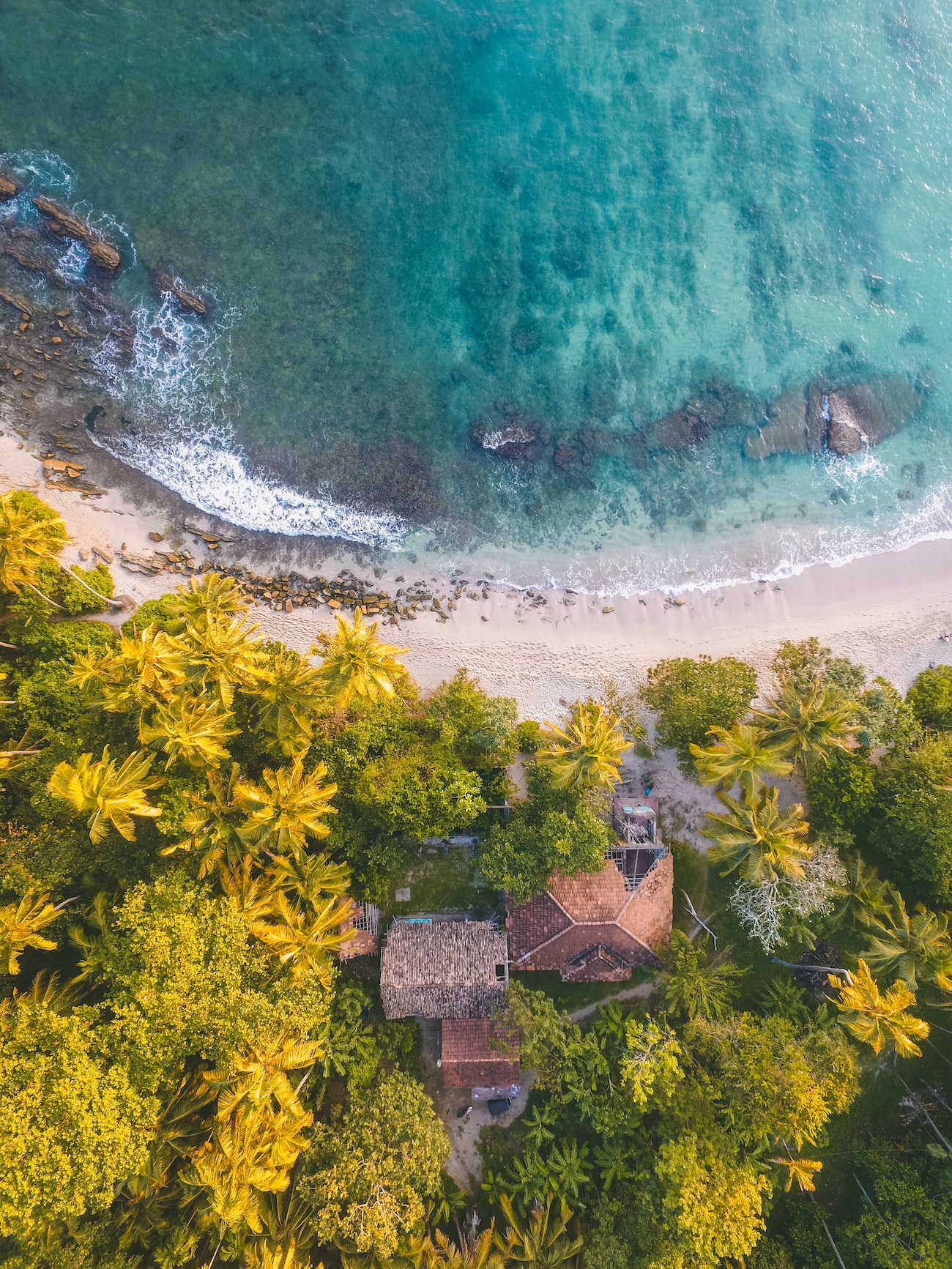 Why Sri Lanka Should Be On Your 2023 Travel List