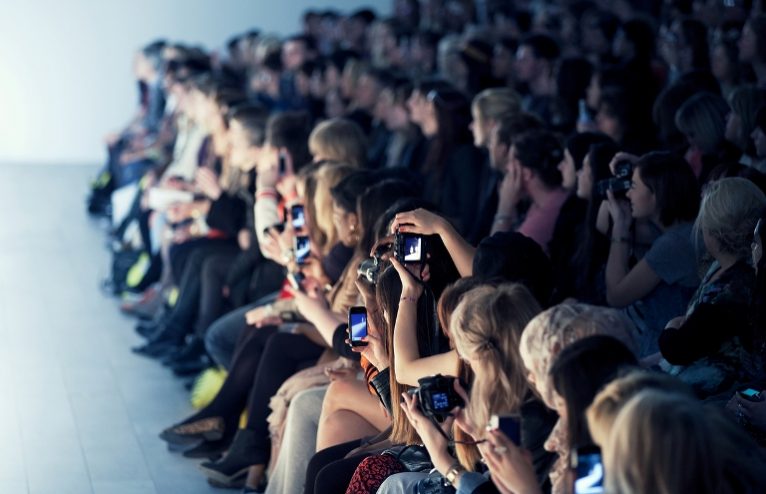 London Fashion Week is a global highlight on the international fashion calendar, and London being one of the most fashionable cities, renowned editors, the fashion elite, models and designers flock to the City, whilst street style bloggers camp outside to soak up the action and snap models between shows.

In the middle of Instagramming, dashing around town and sipping on coffee, here are my picks of the most fashion-forward hotels where you should definitely check in! 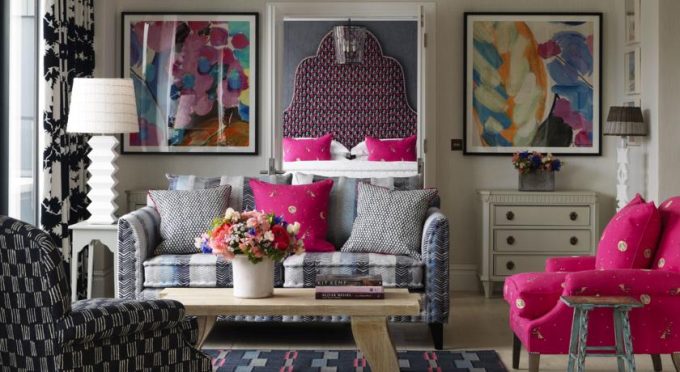 After days of running back and forth between shows, even the most ardent fashion lovers might want to seek solace in a maze of cosy home comforts. Ham Yard Hotel, the newest London hotel from the Firmdale Hotel chain, is just the ticket. It is in its own little urban village in the middle of Soho and moments from Brewer Street Carpark, with independent boutiques, cinema, Sohohlistic spa and gym and a rooftop terrace for hotel guests only. Its bar is best placed to spot fashionistas and take some time for a glass of champagne before heading out to the London Fashion Week parties. It’s a fashion girl’s dream with interior designer Kit Kemp’s choice of interiors, furnishings and accessories.

Distance to The Store Studios: 1.2 miles 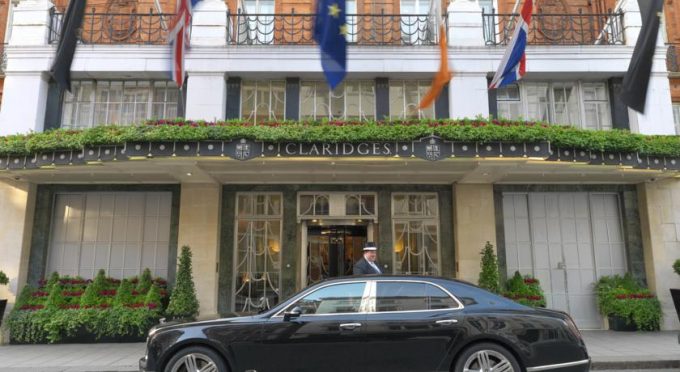 Claridge’s is British classic at its best, flawless and still maintains a sense of ‘design forward’. In 2010, Diane Von Furstenburg’s first interior design venture took place here as she launched 20 of her own rooms and suites. In addition, Claridge’s is said to have inspired a Marc Jacobs collection and is apparently Paul Smith’s favourite hotel. Don’t forget their Christmas trees designed by Dior. Not only this, Christian Louboutin, Carolina Herrera and Michael Kors all check in when they’re in town. And the hotel’s famed Fumoir bar – an Art Deco space designed by Basil Ionides in the Thirties – is a favourite downtime spot for Tom Ford. Enjoy a martini served in an exquisite Lalique coupe, slim jim or high ball.

The beauty treatments rooms using Sisley products are great for a quick pick me up, perhaps an Energizing Phyto Aromatic body Treatment or Red Carpet Glamour.

Distance to The Store Studios: 1.8 miles 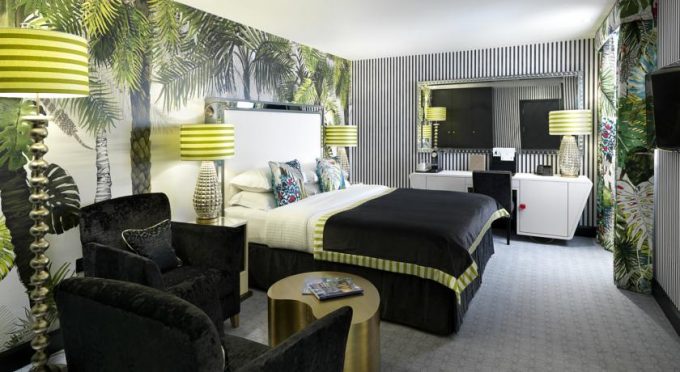 Perfectly situated behind Selfridges, The Mandeville recently had a complete overhaul and style injection of its Fifth Floor with Maison Christian Lacroix interiors. The House of Lacroix is loved worldwide for its striking, lavish and luxurious designs, and is said to have revolutionized the fashion world since it’s inception. Now it has revolutionized individual rooms using the “Belles Rives” Collection, each room named after a different theme. Jardin Exotique, a tropical paradise in the form of Monaco’s Botanical Garden, the sultry Midnight Blue room reminiscent of The French Riviera’s secret-bathing society, to “The Jewel Box” inspired by Cartier Jewels from Grace Kelly’s ‘To Catch a Thief’. Cocktails in its bar Reform Social made by Head Mixologist Majiec, pronounced Magic, is most definitely Magic! This fashion-forward Hotel surprises you from the minute you enter and is a fashionista’s dream.

Distance to The Store Studios: 1.8 miles 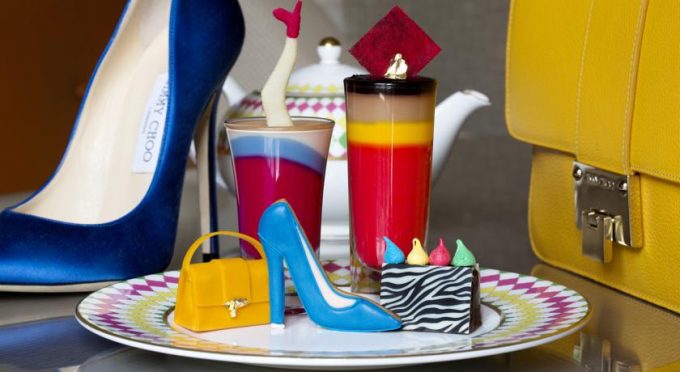 Like its Maybourne Hotels sister hotel, The Connaught, The Berkeley is another fashion week after-party favourite. In addition to the sleek, classic chic rooms, its Blue Bar has had a complete refurbishment and spearheads London’s bar scene. Iconic Lutyens Blue panelling originally conceived by David Collins studio, and its original Edwin Lutyens lighting, alongside refreshing new pieces designed by Collins’s protégé Robert Angell. Impeccable style and a touch of razzle-dazzle. Also recognized for its ‘Pret-a-Portea’ afternoon tea that draws inspiration from the season’s catwalk collections, it is fashion forward in its full entirety. The Spring/Summer 2016 menu features Manolo Blahnik’s red polka dot stilettos as a vanilla biscuit decorated with white icing and topped with red dots, Nicholas Kirkwood’s striking zigzag pumps are transformed into a duo of bright pink fraises des bois and blueberry crémeux with white and dark chocolate garnish.

And they have relaxation as a priority here. The gluten/sugar/dairy free fashionistas may skip the tea, and head straight to the new Bamford Haybarn Spa on the seventh floor.

Distance to The Store Studios: 2 miles 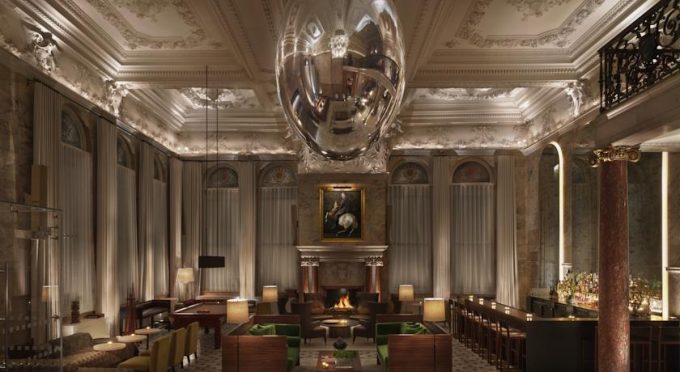 The London EDITION was always set to be at the top of the Fashion Set Hit List. At its opening party in September 2013, it also hosted that month’s W Magazine party, with cover model Cara Delevigne, accompanied by other fashion darlings. At the height of last year’s LFW, the ground floor Jason Atherton establishment ‘Berners Tavern’, hosted a gala dinner and party to unveil The Business of Fashion’s third annual #BoF500, with industry influencers in attendance.

The bedrooms feature dark wood-panelled walls, fake fur throws and cool mid-century wooden furniture. The lobby bar is spectacular in itself, original ceiling architecture combined with eclectic design elements, a desktop space with Apple computers, a snooker table, intimate seating areas and an excellent bar with cocktails conceived by mixologist extraordinaire Davide Segat. The RSVP-only Punch Room serves in-the-know patrons punches and cocktails. The newly launched concept is ‘Scandal Water’, inspired by 19th Century tea drinking traditions of the upper echelons of London society who would share scandalous gossip over afternoon tea. Where else to discuss what’s hot and what’s not in this season’s fashion scene.

Distance to The Store Studios: 1.1 miles 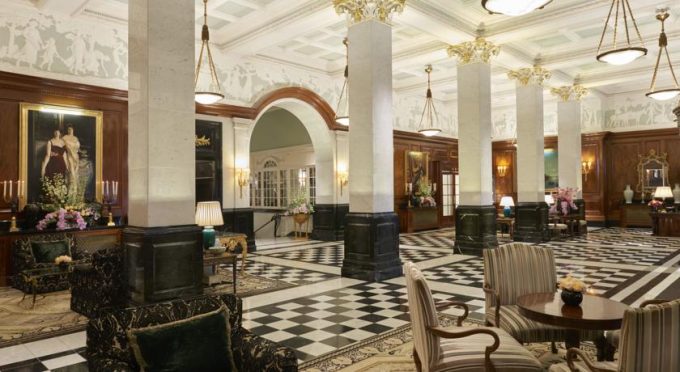 Given its history with the fashion set (everyone from Coco Chanel to Christian Dior has stayed here at one time or another), since it re-opened at the end of 2010 following a £220 million restoration, The Savoy as a hotspot for the fashion crowd was a no-brainer. Until LFW moved to Soho last year, it was perfectly placed near Somerset House. But it continues to be a LFW staple. The rooms are unashamedly luxurious, with Butler service for the higher room categories, and a Press for DP (Dom Perignon) bell, where you can order champagne at the touch of a button. The “American Bar” is ideal for people watching and cocktail swigging. Created as a result of the popularity in transatlantic travel in the late 19th and early 20th centuries, Savoy’s American Bar is the longest surviving of these bars. The signature cocktail “Hanky Panky”, created in 1903 by the first truly ‘famous’ bartender, a lady named Ada ‘Coley’ Coleman, is still a popular choice today. The American Bar itself also picked up World’s Best Hotel Bar at these same awards. The epic, hand-illustrated menu takes guests on a journey through the parks, buildings, iconic spots of London’s boroughs that surround The Savoy, and features Head Bartender Erik Lorincz’s take on the American Bar’s longest-surviving cocktail, the Green Park, made with Bombay Sapphire gin, celery bitters, fresh basil, lemon juice, sugar syrup and egg white.

Distance to The Store Studios: 0.3 miles

If you’re not invited to London Fashion Week itself, don’t miss out on London Fashion Week Festival, open to all between 20th and 23rd September 2018 and takes place at the official BFC London Fashion Week Show Space, The Store X, 180 Strand, with tickets from only £20 for the shopper, the fashionista and the trend-setter. Or get Luxe Front Row Tickets from £145 with front row seats at the Trend Catwalk, style talks with industry experts, tote bags filled with designer goodies and so much more. 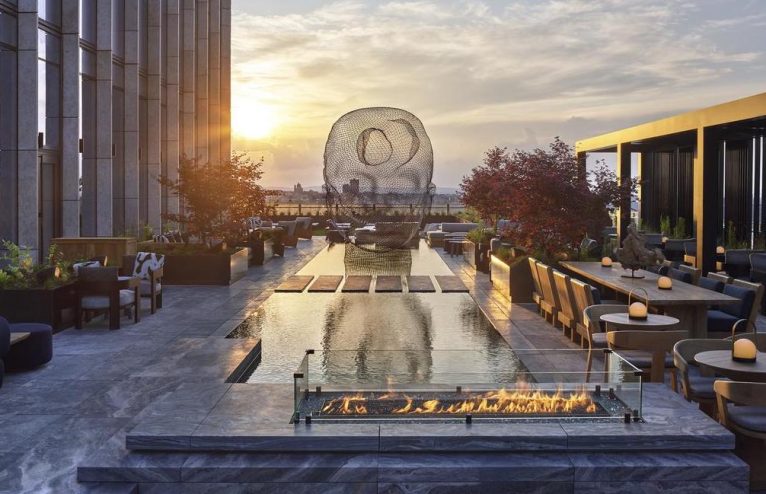 Hot Hotels: Where Wellness Is The Focus

Before I was A Hotel: The Story Behind These Buildings