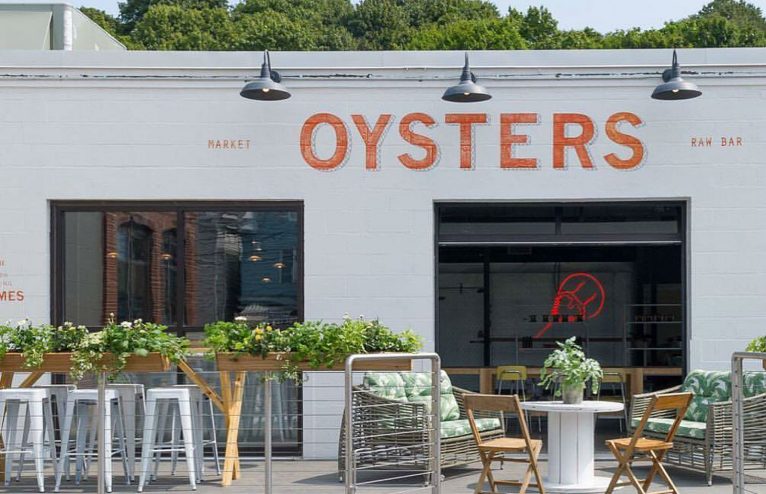 Most people have heard of Portland, Oregon, a west coast hipster enclave that was famously sent up in the TV show Portlandia. But while there’s lots to love in this Portland, including lots of great restaurants, it’s the other Portland, all the way on the other side of the America, in the east coast state of Maine that has been quietly making a name for itself as one of the country’s most exciting food cities.

In 2018 this reputation was rubber stamped, when Bon Appetit Magazine named Portland, Maine its restaurant city of the year, a very impressive accolade for a small town of just 65,000 people, previously only bestowed upon Chicago, San Francisco, and Washington DC. There truly is a lot of incredible food to be found here, from lobster rolls to mashed potato doughnuts, so read on for my Top 5 Hot Eats in Portland, Maine. 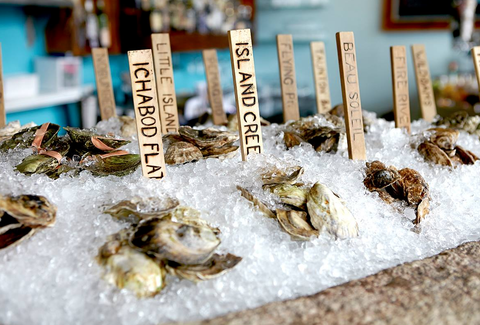 Eventide is worth making the trip to Portland alone. This modern take on the New England seafood shack does everything just right, with cool dimly-lit interiors, a banging 80s soundtrack and friendly staff. The food too is absolutely knockout, with enough invention to give the classics an interesting twist – take the roasted jumbo oysters, for example, which are served nearly swimming in gochujang (Korean chilli paste) butter. Then there’s the epic fresh oyster selection displayed on the bar, the fatty tuna carpaccio which is dressed with sesame and yuzu, and a perfect hot lobster roll topped with brown butter. It’s not just seafood either – check out the ice cream sandwich or whoopie pie for dessert. 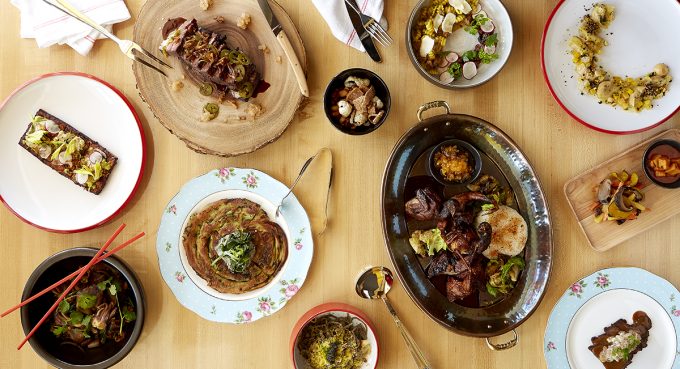 The Honey Paw is the sister restaurant to Eventide and is conveniently located right next door – you could easily do a double dinner if your time in Portland is brief! Whilst still drawing on the abundance of fresh seafood to be found in Portland, The Honey Paw puts a completely different spin on it, with an Asian-inspired menu that really delivers the goods. There’s crispy wontons filled with fresh lobster, a Vietnamese-style crepe stuffed with fried mussels, and fried noodles with pork and crab. There’s a good range of non-seafood dishes here too including an excellent smoked lamb khao soi, a Burmese coconut curry with smoked lamb, egg noodles, fermented mustard greens, and jalapeños. 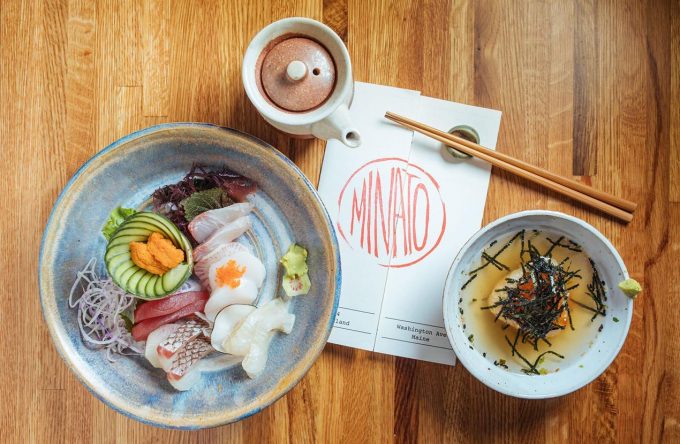 With all the fresh seafood available, it’s no wonder that there’s plenty of great Japanese restaurants in the city. Izakaya Minato is typical of this (Minato means “harbour”) with a menu of modern Japanese dishes that includes the freshest sushi and sashimi and other creative fish dishes. Check out the Udon Vongole – noodles cooked with clams, yuzu kosho, garlic and sake – as well as the Shichimi Tuna which is coated in spices and blowtorched by the chefs in dramatic fashion. The space is sleek and minimal with plain wooden counters and tables, Japanese lanterns, and an open kitchen. There’s a small bar area too meaning it’s just as good for a glass of sake and a few snacks as it is for a full-on dinner. 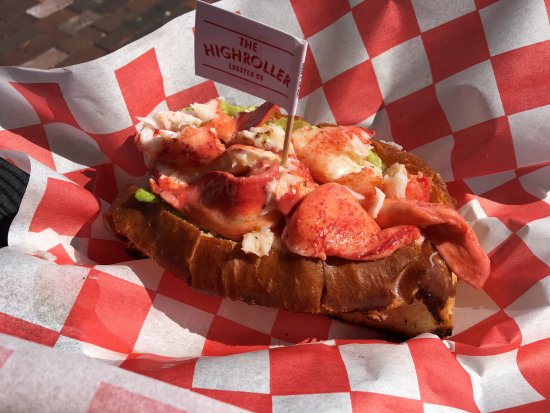 If for some reason you were only able to eat one thing in Portland, it would have to be a lobster roll. It’s the city’s quintessential dish and as such you can get one pretty much anywhere from bars to beach shacks. One of the best is Highroller Lobster Co which started as a street food van but now has a cool downtown spot that’s designed like a classic American diner, complete with bright red booths and plastic food trays. Aside from the fun setting, the place sets itself apart with the choice of sauces on offer alongside the standard lobster roll. The best – and naughtiest – sauce has to be the lobster ghee but the jalapeno mayo comes in a close second. They also do some great fries which are dusted in old bay seasoning, plus excellent whoopie pies to take away. 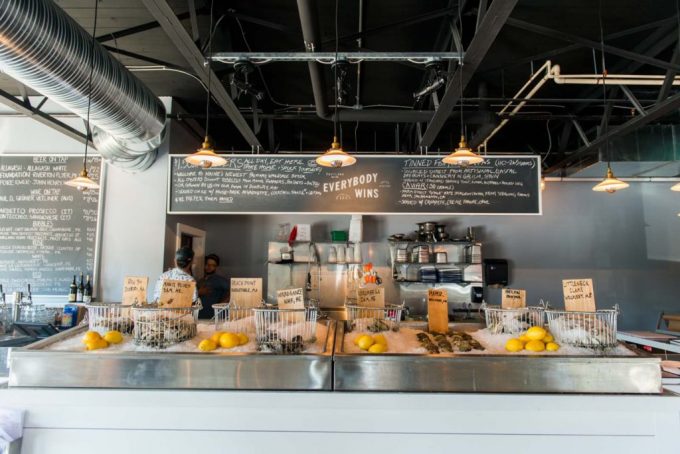 If you’ve got your heart set on oysters then Island Creek Oysters is a great experience. It’s a shop / raw bar / wine bar that sells oysters to most of the chefs in Portland and all across the country too, so by heading right to the source you’ll be getting the freshest selection and at very good prices ($1.5 an oyster). Simply grab a tickbox menu, browse the selection of oysters on display, mark down the ones that take your fancy and you’ll have a tray of fresh oysters in front of you in no time. There’s some other raw dishes, such as ceviche served with local potato chips, as well as Maine beers and wines (including a delish rose Pet Nat if you’re in luck!) and in summer the outdoor terrace is one of the buzziest spots in town.

As well as seafood, Maine is also a major producer of potatoes. Local sensation The Holy Donut makes doughnuts from mashed potato in a whole range of flavours, with the mash giving them a nice smooth texture. It’s an essential Portland dessert but make sure you get in there early as they often sell out. 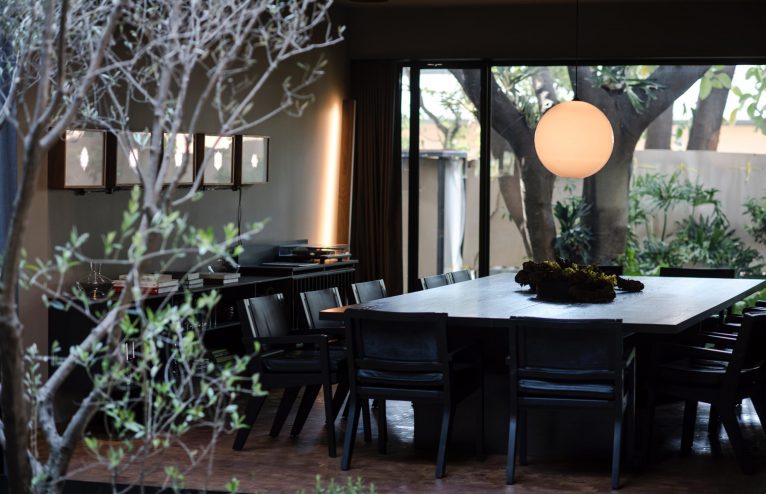 Will Italy's Wine Industry Bounce Back?

What’s Your Champagne Personality? Clos19 Talks It Through