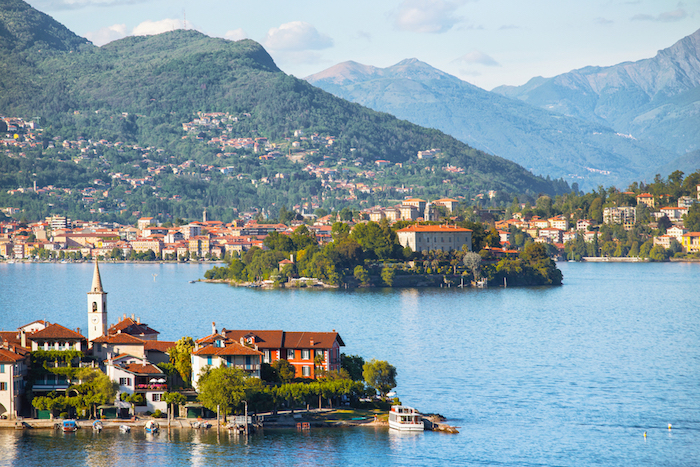 Is there anything like the feeling of taking to the skies or high seas in search of adventure? Escaping the urban life is something we all daydream about at our desks – hidden coves, untouched forest, crystal blue water… With so many gorgeous islands dotting the globe, it’s tough to whittle it down, so we’ve done it for you. 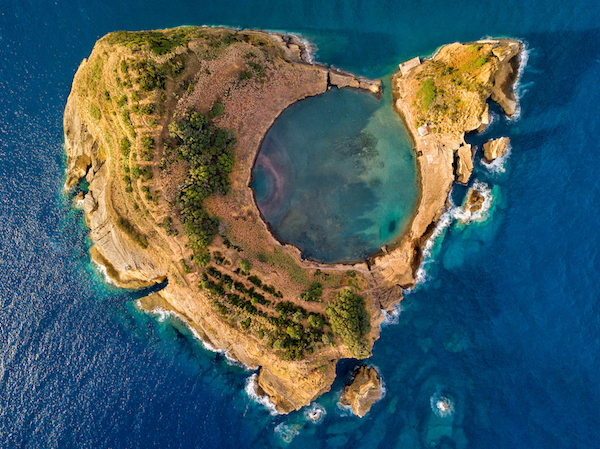 These windswept, volcanic islands that erupt out of the horizon in the mid-Atlantic are a playground for adventure travellers. Formed by ancient volcanoes beneath the sea, these lands are lush, diverse and abundant with wildlife. Here you’ll find black sand beaches, crater lakes, lava tubes and hot springs. The ‘lilac isle’ of Terceira is superb for cycling; Flores island is the place for plant and animal enthusiasts, Pico has the archipelago’s highest peak for trekkers, and São Miguel is home to the town of Ponta Delgada, a melting pot of rich culture and delectable Portuguese cuisine.

Renting a car and island-hopping on the ferries is highly recommended to see the most of these islands, where there’s a high chance of spotting whales breaking the surface of the water, or dolphins diving alongside the boat during your crossing. Stop off for hikes in the mountains, explore ancient cave mouths or luxuriate at a beautiful beach, each one completely different to the next. 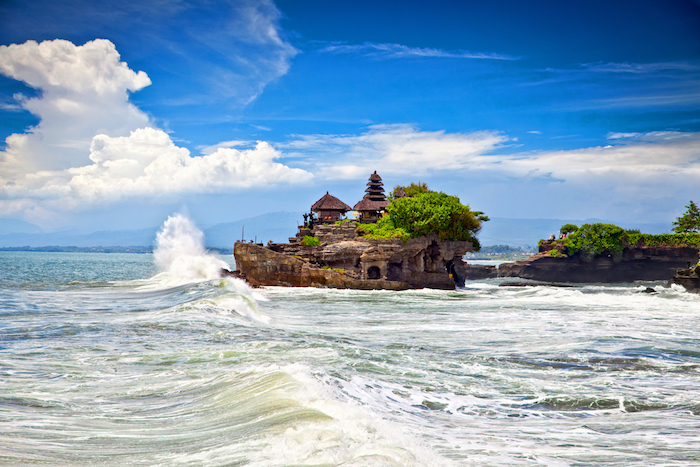 On The Island Cotton belted Dress

Bali is the tourist hub of Indonesia, and getting the best of it means basking at the beach or at an infinity pool at one of the island’s luxury resorts. Then, spend a day or exploring Ubud, Bali’s cultural and spiritual capital. Set inland, in the foothills of the volcanoes that crown the island to the north, the town is renowned for its ancient Hindu temples, terraced paddy fields and the monkey forest. You’ll also find delicious food – be sure to try babi guling (roast sucking pig with spices) or snack on crunchy, gooey pisang goreng (deep fried sweet bananas). There’s also fantastical temples peppered across the island where you can catch a show Balinese folk dance.

Jimbaran and Seminyak are popular beaches for surfing, swimming and sunbathing. These bustling areas attract tourists and locals alike, and the beaches are fringed with lively restaurants, bars and clubs. Amed is a snorkelling and diving hotspot, home to the USS Liberty shipwreck, which is one of the best to explore because it lies in shallow and calm waters.

After Bali, jump on a speedboat to the Gilis – a trio of idyllic isles off the northwest coast of Lombok. Gili Trawangan, Gili Air and Gili Meno. It might be hotspot for backpacker full moon parties but the charm isn’t all lost. There are no motor vehicles on the islands, so the typical way to get around is horse and carriage.

Then head to Lombok which is dominated by the imposing Mount Rinjani. It’s a three-day hike to the summit if you’re after an expedition, or seek out ancient mosques, rustic villages and waterfalls dot the foothills of the volcano. Alternatively, make the journey right down to the island southeastern peninsula of Sutun where you’ll find the aptly named Pink Beach. 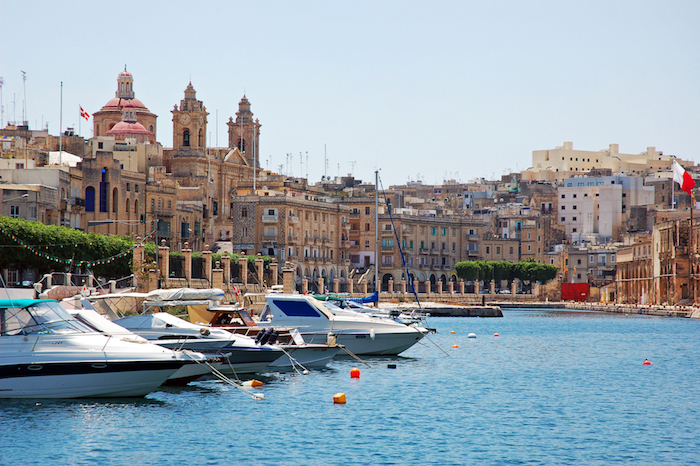 Malta – the jewel of the Mediterranean – is made up of tiny islands. Valletta, the capital, sits on Malta Island and is an architectural wonder with narrow hilly streets and pretty apartments overlooking the impossible blue of the harbour – a beautiful setting for strolling around and listening to the gentle clink of sails against masts that line the water’s edge.

It’s highly recommended to hire a car a drive around the the islands giving the freedom to explore, hopping on the ferries that link Malta to the smaller Gozo and hunting out hidden coves and deserted trails. A float around in the turquoise shallows of the Blue Lagoon is a must. The lagoon lays between the island of Comino and its even more miniature sister, the islet of Cominotto. 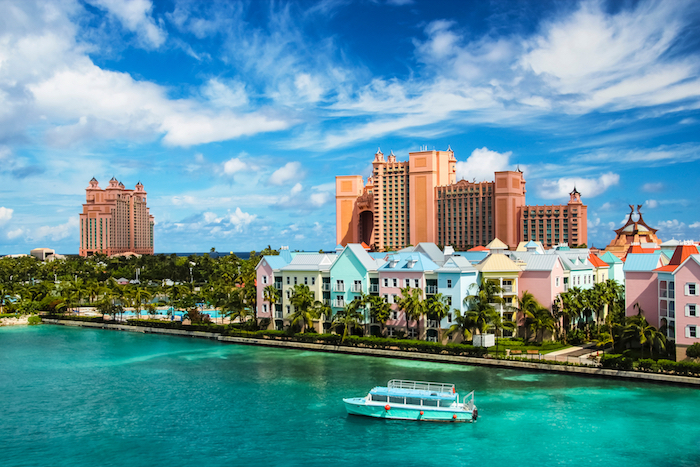 More than 700 islands make up the Bahamas, yet many visitors see just one in a single visit. Mail boats, speed boats, and scheduled flights on tiny planes exist in abundance so you can not only experience the capital, Nassau, but also see Paradise Island, Rose Island, the mainland of Exuma, and a handful of the Exuma cays too. Stretched between the depths of the North Atlantic and Florida’s eastern coast, the Bahamas diverse flecks of land can all be accessed within an hour’s flight from the capital.

Take in Nassau’s history, architecture, culture, and the food – try conch (pronounced ‘konk’) battered and deep-fried mollusc meat in fritter form; take an overnight boat (complete with dinner and glorious sunsets) to Georgetown on Exuma island where you have got to try a breakfast staple of boiled fish and Johnny cake (a type of corn bread); sail around the Abacos’ history-filled Loyalist Cays; explore the vast mangroves of Andros and lounge on Eleuthera’s pink-sand beaches for an unforgettable Bahamian adventure. 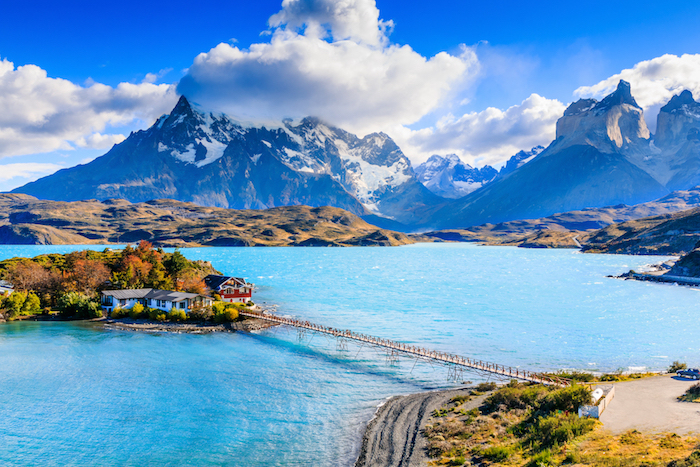 South America’s rugged, southernmost tip is strewn with hundreds of islands and dramatic fjords that emphasise the remoteness of Chile’s far south. Punta Arenas, easily the largest town and focal point of the region, where most visitors arrive to explore the Patagonian wilderness, is only accessible from northern Chile by air.

The largest island, Tierra del Fuego, is split between Chile and Argentina. On the much less-populated Chilean side there are quiet sheep farms (many of which offer rustic accommodation) that dot the plains and there are snow-capped mountains crowning shadowy fjords and glacial lakes fringed by dense evergreen forest. Wildlife is abundant here, and totally unique to this region. You’ll spot penguin colonies, sea lions, majestic condors and guanacos.

There are the odd car-ferries that will take you between the islands but be warned, they can be pretty basic but it’s all part of the adventure in this stunningly remote part of the world! ON THE ISLAND scoop back swimsuit

It’s not all high seas, rugged rocks and tropics however; some of the best island hopping can be done on lakes. Italy’s Lake Maggiore is home to the 4 tiny Borromean Islands which have been charming visitors into this northern Italian and Southern Swiss lake region since the 19th century.

Spend your time island-hopping by ferry, where you can stop in at the elegant island palace and formal gardens of Isola Bella, admire the lush vegetation on Isola Madre and stroll along the charming promenade of the tiny Isola dei Pescatori (Fisherman’s Island) which is, appropriately, the spot for a fresh fish lunch. Or, Isola San Giovanni is so close to the mainland you could practically hop on foot from its beach to the lake edge town of Verbania! 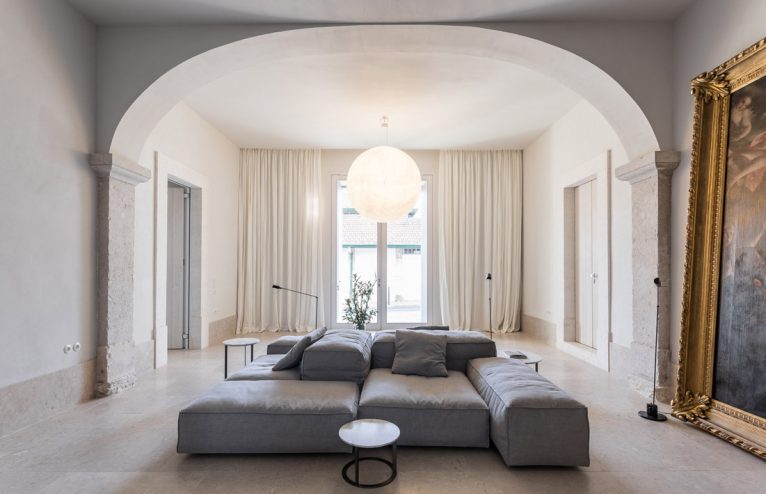 Seven Of The Best Day Trips From London

The European Destinations The CF Team Can’t Wait to Revisit